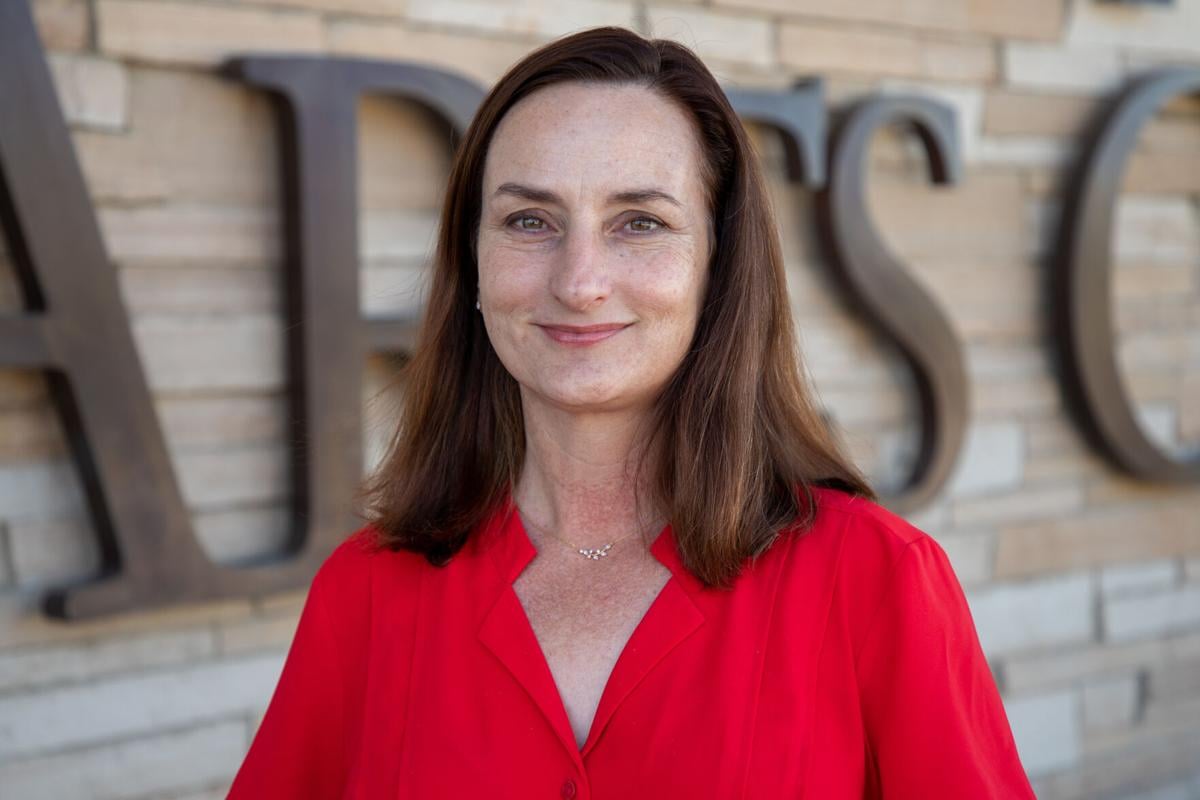 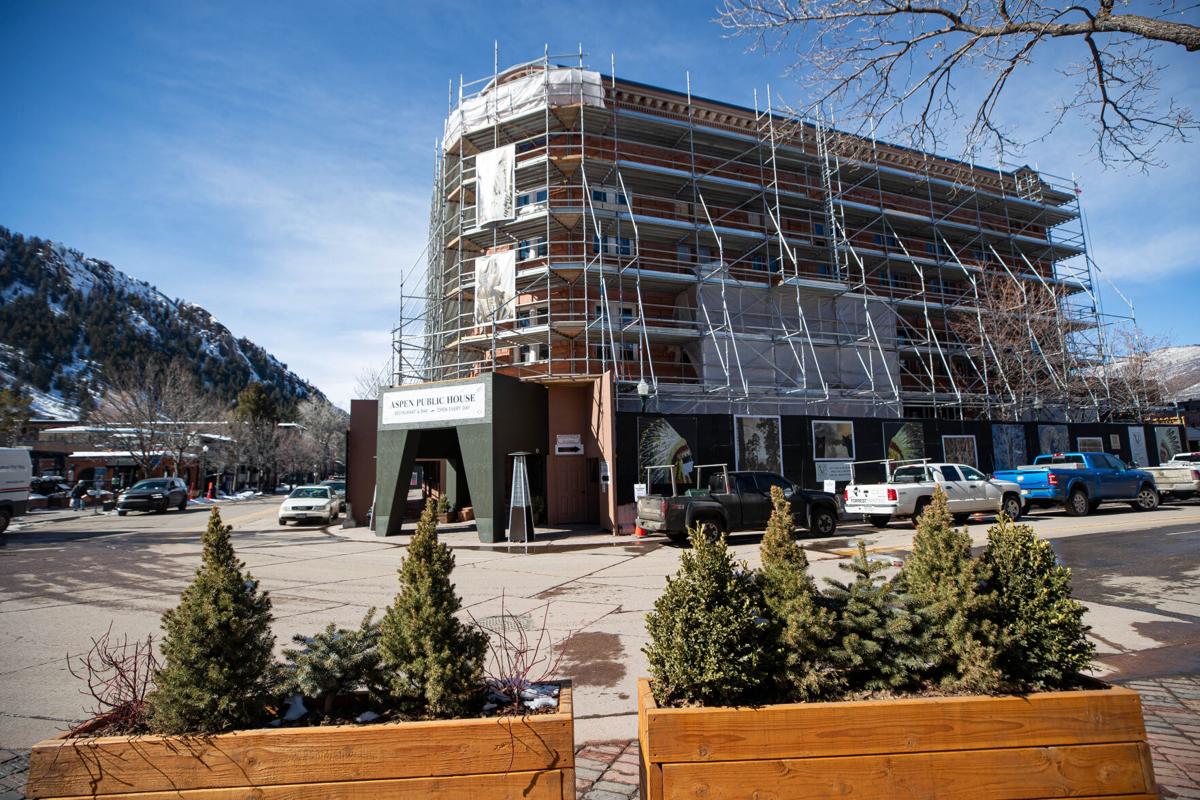 The Wheeler Opera House in Aspen on Tuesday.

After nine months without a dedicated leader, the Wheeler Opera House on Tuesday announced Lisa Rigsby Peterson as executive director of the iconic 132-year-old performance venue.

Rigsby Peterson will join the Wheeler team after serving most recently as the founding executive director of Lone Tree Arts Center, located in the Denver suburb of the same name, for 11 years. Rigsby Peterson accepted the role Feb. 19 and will start on Monday, working remotely from Denver, but she plans to move to Aspen full-time mid-April. She was among more than 140 candidates vying for the position; her starting salary is $138,000.

Asked what attracted her to the prominent, public-facing role within the city-owned venue, Rigsby Peterson said Tuesday, “I really love performing arts centers because of the variety of work they can do and the collaborations that you can have within your community.”

She continued: “The combination of the opportunity to continue in a field that is just my absolute passion for a beloved institution in a place that is unlike almost anywhere else on earth — it was irresistible. It was really an irresistible combination.”

Rigsby Peterson specifically cited the Wheeler’s reputation, which she said even on the Front Range, she knew “meant so much to the people in Aspen.” As a “semi-Colorado native” — moving to Evergreen from New York when she was 10 — Rigsby Peterson also pointed to her and her family’s history in the valley, which dates back to the late 1970s. She remembers staying at the Hotel Jerome when a room cost $75 a night, camping near Maroon Lake and attending performances at Aspen Music Festival and School.

Rigsby Peterson replaces Gena Buhler, who resigned from the executive director position last May after five years. In an exit interview with the Aspen Daily News that month, Buhler called the position “unsustainable” and one that led to immense burnout.

Nancy Lesley, a longtime special events director with the city, assumed the position on an interim basis following Buhler’s departure. The historic venue has been dark for nearly one year since the onset of the pandemic last March.

The city commissioned Arts Consulting Group to conduct an extensive national search that also involved the Wheeler Advisory Board, city staff and members of the local arts and culture community.

Rigsby Peterson estimated that she participated in more than a dozen interviews throughout the “comprehensive” hiring process.

“It was arduous, but it really laid a great groundwork for me to springboard from,” she said in a phone interview following the city’s announcement. “I’ll be coming in on Monday already having a sense of what’s important and some of the tasks that lie ahead.”

As part of her role, Rigsby Peterson will be responsible for the Wheeler’s reopening, refining programming to meet the needs of the community and overseeing capital improvements to the historic building, according to the city’s announcement.

The organization’s full-time equivalency is 14 positions, three of which are currently vacant, Rigsby Peterson said Tuesday. She commended the staff’s passion and enthusiasm to return to work.

Asked about her vision for the Wheeler, Rigsby Peterson said, “I think it would be presumptuous to come in with an artistic vision for an institution that is so beloved by so many.

“What I see my vision is built upon principles, which I’ll articulate [shortly], but really, the next several weeks are going to be about me listening [and] meeting these great cultural partners, the arts partners, meeting the Wheeler board, really spending time with the staff and hearing, what’s worked? What is it the community wants or needs?”

Those principles, she said, are consistent from her previous role: focusing on remarkable programming, the patron experience and the organization’s place within the community.

Upon exploring unfulfilled communal needs in her past job, Rigsby Peterson launched the Lone Tree Arts Center’s “community impact programs,” which included sensory-friendly performances to engage those with autism or intellectual and developmental differences, programs for those with Alzheimer’s or early memory loss, as well as extensive youth, school and family programs.

Outside her tenure at Lone Tree, Rigsby Peterson has also held leadership positions with other major Colorado cultural and performing arts organizations, including the Denver Center for the Performing Arts, Opera Colorado, Curious Theatre Company, the Colorado Children’s Chorale and Phamaly Theatre Company.

“Lisa differentiated herself from a strong pool of candidates with her depth of experience with a similar venue and a strong educational background in the arts,” assistant city manager said Diane Foster said in the statement. “At a time when we are navigating the ongoing impacts of COVID-19 on programming opportunities and repair work to the facility, Lisa brings a wealth of arts management leadership to help us restore Wheeler as the community treasure we know it to be.”

Wheeler board chairperson Chip Fuller echoed on Tuesday: “Lisa Rigsby Peterson stood out among a very impressive group of candidates. Her relevant experience and team building approach will be a huge asset to the Wheeler. I’m very excited to work with Lisa and look forward to a reopened Wheeler Opera House as soon as safely possible.”