Live dance performances are a highlight of the AFF FallFest 2020, which takes place Friday and Saturday at the Aspen District Theatre. 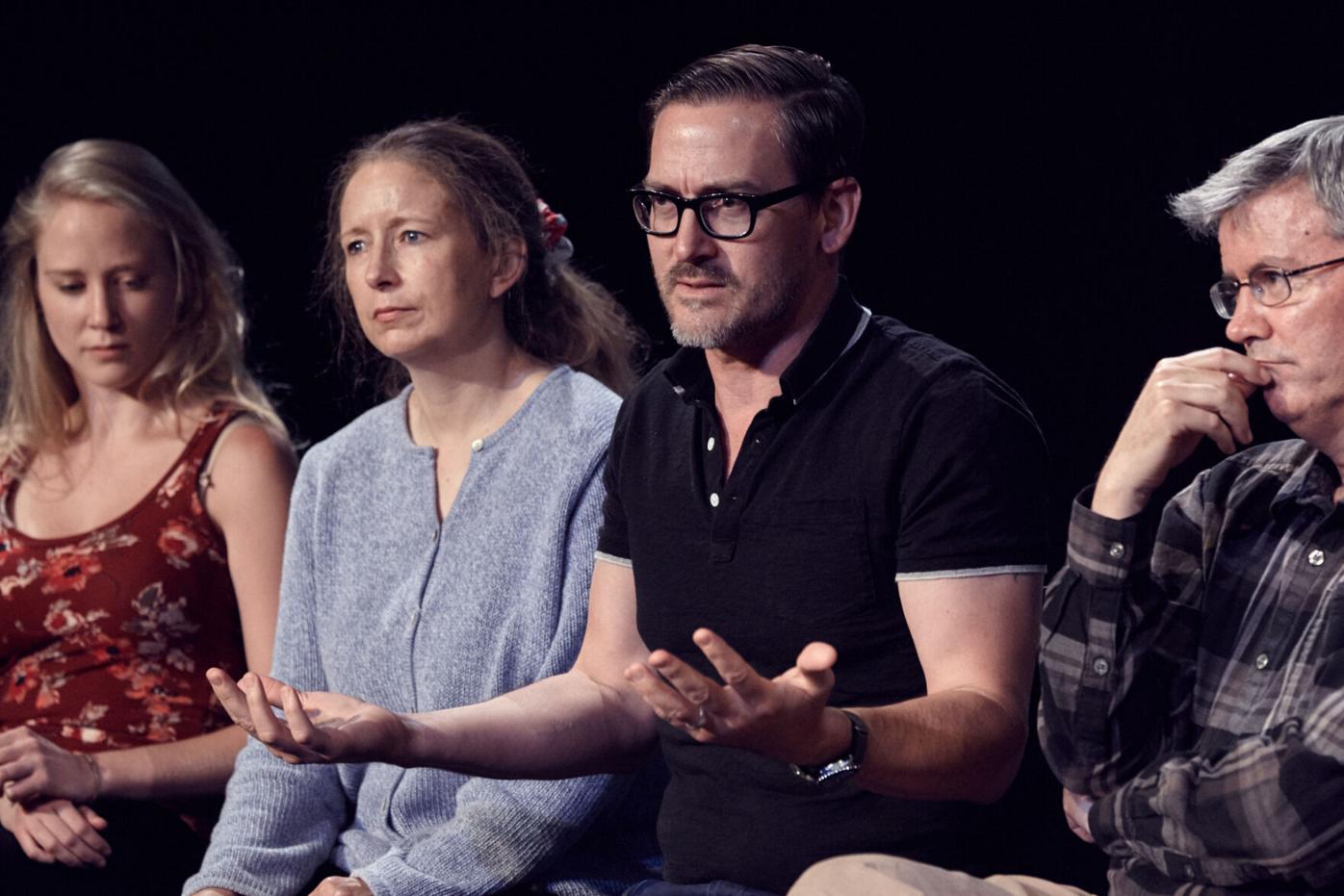 “Carrie,” the contribution by playwright Sharr White, center, to FallFest 2020, is one of a trio of works in progress shared in multimedia presentations.

Words alone can’t describe the full range of emotions we have been put through during the six months of the pandemic. But when augmented by film, dance and other multimedia elements, a portrait of our lives and what COVID-19 has wrought emerges in clearer view.

The Aspen Fringe Festival’s FallFest 2020 brings a multi-media melange to the District Theatre for two nights this weekend that attempts to make sense of these new times and realities.

With little publicity, AFF easily sold out its full complement of 50 tickets for a socially safe performance at the Aspen District Theatre on Saturday. A second show added for Friday also is seeing swift sales and David Ledingham, AFF’s co-artistic director, said he expects that to sell out too. Performances begin nightly at 7:30 p.m. Information at aspenshowtix.com.

During a preview performance Saturday at the Collective in Snowmass Village, some audience members became emotional at seeing live entertainment after such a long drought without it. Ledingham, who grew up in Aspen, left to pursue a successful acting career and then returned here to raise his family, allowed that “it’s been really rough not having any arts to go and see” this summer.

That was a factor in the troupe’s decision to forge ahead with FallFest 2020, which “celebrates the importance of human connection during a time of isolation.”

So too was the willingness of the creators, from the choreographers to the playwrights to the filmmakers, to present works that speak to this game-changing time in modern history. A more extensive version of the program was originally scheduled for June, the window when AFF normally performs its Aspen show. The longer show was postponed for one year.

Ledingham reached out to playwrights and AFF alumni and asked, “Would you be willing to contribute a piece of writing that deals with what we’ve all been dealing with this past six months?”

He told them “it doesn’t have to be dark, it can be funny.” Three playwrights — Sharr White, Simon Stephens and John Kovenbac — sent submissions.

Stephens, a 2015 Tony Award-winner, wrote “She Left Home For Awhile,” which will be accompanied by a commissioned film from Aspen High School graduate Will Kahn. It could be interpreted as a metaphor for life before COVID, according to Ledingham.

Kolvenbach’s “Until the World is the World Again,” whose characters write love letters through time, comes to life through performances by Julia Foran and Aidan Ledingham, both of whom are no strangers to the Aspen stage.

Playwright Sharr White’s “Carrie” is a soliloquy by a waitress who looks at the world through the lens of 9/11 and COVID-19. White is also known for his recent work on HBO’s “The Affair.”

“She’s examining her life as a waitress through all these years. And she also wonders what wouldn’t have happened if she hadn’t gone down this path,” Ledingham shared.

Slideshow images of “New York like it’s never been seen before,” according to Ledingham, enhance the dramatic effect.

The readings were pre-recorded but the dramatic effect is not diminished.

‘Closer,’ but not too close

Dance figures prominently in the festival. “Closer,” a world premiere live dance choreographed by Adrianna Thompson, looks at a relationship during this time of isolation.

Ledingham said Thompson, founder and artistic director of the Soulskin Dance company, discovered that two dancers, furloughed from New York companies, were living in Aspen for the summer. Samantha Altenau and Giacomo Bavutti are featured in a live dance called “Closer,” which uses music from Vivaldi’s “Four Seasons.”

Also on the program is a dance film with choreography by Thompson and produced by Jaco Strydom, where performers share their shelter in place experiences; the film trailer “Parallel Dialogues” professes to explore “the healing power of intimacy … through relationships we build empathy, trust and compassion.”

The entire show, with all of its elements, runs under one hour.

“We don’t want to keep people sitting in the audience for too long,” Ledingham said.

Also, “50 seats spread out in an audience of hundreds” adheres to the school district’s policies with regard to COVID-19, he added.

Aspen Fringe Festival’s ethos, to “try to bring cutting edge stuff that’s current and relevant to the world,” may seem a little bit more important this year than usual.

Reflecting on his own career as an actor, Ledingham shared how the connection between an audience and those who are performing live can be so powerful, especially during these unique times.

“In theater and the arts in general, it’s kind of the last place we get to look at our humanity. I feel like we can change people’s lives through the arts,” he said.