Summer is truly over now, isn’t it?

Leaves are falling and the nights are getting much, much colder. Which of course means it’s time for the annual Harvest Party hosted by the Aspen Center for Environmental Studies at Rock Bottom Ranch in the Mid-Valley.

Families are invited to visit the ranch on Saturday from 12 to 4 p.m. to chow down on food made with ingredients that come directly from the ranch itself. There will also be pumpkin carving, apple cider pressing, a vegetable harvest, hayrides, face painting, art with The Art Base, photo booth, ranch games and more.

Additionally, there will be live music from local band, "A Band Called Alexis," which specializes in “Country and Blues with a little bit of Rock and Roll.” ACES marketing manager Bowman Leigh said the band performed a lot of fun covers last year that had kids and adults dancing along. Beer and wine from Roaring Fork Beer and Grape and Grain will also be available for purchase

Also included in the activities is the second annual pie-baking contest. Anyone can enter, and pies can be dropped off on Friday or Saturday morning. The pies will be judged (at 2:30 p.m.) based on taste, creativity, and appearance. Three prizes will be given, for best in show, most creative and best youth for anyone 12 and under. The prizes had not been officially announced at the time of press, but Leigh that they might include a class for kids and tickets to a farm-to-table dinner for adults. She added that the contest last year was a huge fan favorite and that they’re excited to see this year’s pie.

The party is a car-free event, so attendees are encouraged to bike or walk down the Rio Grande Trail to the ranch at 2001 Hooks Spur Rd. in Basalt. There will also be free shuttles from the Basalt Park and Ride and Grace Church at Emma which pick riders up every 15 to 20 minutes. Basalt High School is also offering parking for anyone who wants to park and ride their bike to the event.

Unfortunately, tickets to the event are sold out as of publishing time. However, over 1,200 were sold. So hopefully, you already got yours.

“The thing I love most about [the Harvest Party] is that it is our biggest community event,” said Leigh. “It’s such a wonderful location and such a fun event.” 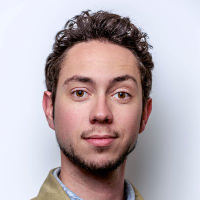