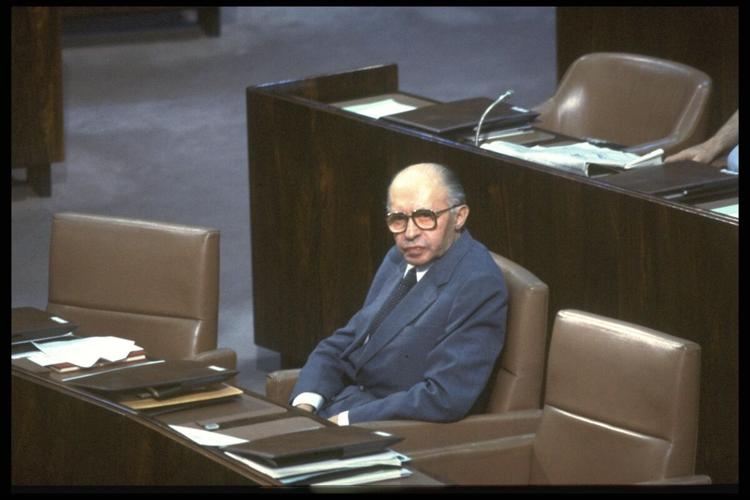 Former Israeli prime minister Menachem Begin sits in the Knesset in Jerusalem, as seen in the documentary “Upheaval: The Journey of Menachem Begin.” The film is making its Aspen premiere on Thursday for a special screening event, which is being presented by Aspen Film and JOIN Israel and serves as a fundraiser. 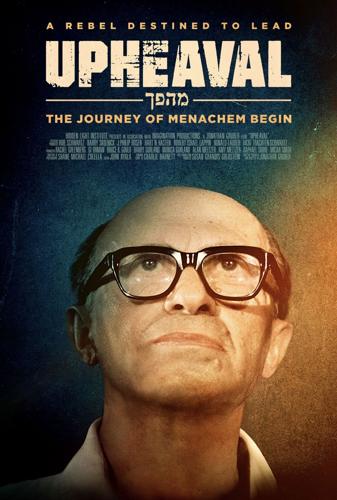 “Upheaval: The Journey of Menachem Begin” portrays the life and leadership of the controversial Israeli leader. The documentary was executively produced by Rob Schwartz, who was inspired to tell Begin’s story after reading a book on Israeli prime ministers.

Former Israeli prime minister Menachem Begin sits in the Knesset in Jerusalem, as seen in the documentary “Upheaval: The Journey of Menachem Begin.” The film is making its Aspen premiere on Thursday for a special screening event, which is being presented by Aspen Film and JOIN Israel and serves as a fundraiser.

“Upheaval: The Journey of Menachem Begin” portrays the life and leadership of the controversial Israeli leader. The documentary was executively produced by Rob Schwartz, who was inspired to tell Begin’s story after reading a book on Israeli prime ministers.

It was about six years ago when a man by the name of Rob Schwartz was reading a book on the prime ministers of Israel and had a fire in his belly.

He was intrigued by Menachem Begin — the sixth prime minister of Israel, who is perhaps most recognized for signing the historic peace treaty with Egypt. Schwartz searched further into Begin’s life, only to find little about the man. Unlike the other Israeli politicians he’d read about, there had never been an English-speaking documentary on Begin.

And so the flame was sparked — Schwartz set out to make a documentary on the late Israeli leader himself.

Released in 2021, “Upheaval: The Journey of Menachem Begin” has been shown before audiences worldwide. This coming Thursday, Schwartz’ documentary makes its Aspen premiere.

Presented by Aspen Film, in partnership with JOIN Israel — a New York-based nonprofit that serves at-risk youth, families and elderly in crisis across Israeli populations — the premiere event will take place at the Isis Theatre at 7:15 p.m. The event serves as a fundraiser to provide aid for impoverished elderly in Israel.

Following the screening, there will be a Q&A discussion, for which Schwartz — the film’s executive producer — will be present to talk about his brainchild project with an Aspen audience.

A message via film

Schwartz does not have a background in film, nor did he have ties to the film industry when embarking on the “Upheaval” project.

Early on, he had reached out to former Connecticut senator Joe Lieberman — for whom Schwartz had previously served as chief of staff before moving to Denver — for help in raising the money and building a board of international directors to round out his nonprofit foundation and production company, called Hidden Light Institute.

Schwartz brought on the reputable Jonathan Gruber to direct the film, as well as a handful of producers to help fund the project — one of them being his good friend Jeffrey Goldberg.

“Rob Schwartz has this brainchild — you know, has this idea that he needs to create this — sat down with me and said, ‘I want to do this; I need your help to do it,’ and there was no taking a no from him,” Goldberg said. “Like, when somebody is on a mission, you either get on the bus or you’re gonna get run over. And so I got on the bus.”

Goldberg — who recently joined Aspen Film’s board of directors — played a large role in instigating the “Upheaval” screening in Aspen this week. He praised the film for its balanced coverage of Begin’s life and leadership, crediting Schwartz and Gruber for their candid storytelling on such a complex man — “a flawed character,” Goldberg said.

“I think what’s really interesting about it and what hit me was, you know, a lot of times you make a documentary, you want to show that person in the best light,” Goldberg said, “and both Rob and Jonathan wanted to have an honest conversation about Begin, because Begin is a really complicated figure.”

One of Israel’s most revered yet controversial leaders and founder of the right-wing Likud party, Begin was a proud pillar of the State of ­Israel and a tireless fighter for the Jewish people. Imprisoned in a Soviet gulag for pre-war Zionist activities and scarred by the loss of his family in the Holocaust, Begin is remembered as one of Israel’s most democratic prime ministers for his boundless commitment to his country and his people.

He defended Jewish immigration, fighting to end bigotry against Middle Eastern and African Jews in Israeli society, and negotiated the Egypt-Israel peace treaty, signed in 1979 — for which he and Egyptian president Anwar Sadat shared the Nobel Peace Prize.

On the other hand, Begin was vilified as a fascist and terrorist by critics. He ordered the King David Hotel bombing of the British administrative headquarters in Jerusalem and authorized the bombing of the Osirak nuclear plant in Iraq, as well as the invasion of Lebanon — which ignited the 1982 Lebanon War.

“Upheaval” paints an incisive portrait of the controversial leader. Through rare archival materials and revealing interviews with those who knew him, the viewer gets to see “the good and the bad,” Goldberg said, and look back at Begin’s legacy in a new light.

“For me, being able to watch this film, it was incredibly educational,” Goldberg said. “I didn’t really know anything about Begin, and I walked away with a deep appreciation of how much he did not only for Israel, and not only for the whole Jewish diaspora — for Jews around the world — but also for peace.”

It’s a message that resonates across the globe. Not only was the film well-received in Israel, Goldberg said, “Upheaval” has been embraced by audiences in Europe and Latin America, across the United States and on Native American reservations.

Since the documentary’s release in 2021, Goldberg noted that it’s been shown on 550 screens, in 48 states, eight countries and across 20 film festivals. He explained how the film is backed by the distribution company, Abramorama, and that Schwartz cut a deal with PBS to air the 87-minute documentary.

“And so this isn’t just about Israel,” Goldberg said. “I think there’s a much bigger story that Begin reflects, around this whole message of peace, that people embrace.”

Such messaging conveyed via a film is what Aspen Film Executive and Artistic Director Susan Wrubel said the organization aims to spotlight.

Wrubel will be moderating the post-screening discussion with Schwartz on Thursday. She said she plans to ask the executive producer about some of the film’s messaging and would love to hear firsthand Schwartz’ reactions to Begin and what about this historic figure was so compelling to him, Wrubel said.

Both Wrubel and Goldberg made a nod to Schwartz for “Upheaval” being his first-ever film endeavor and noted the storytelling platform he’s now built through his Hidden Light Institute production company. Goldberg said, “interesting doors are now opening” for Schwartz.

“Sometimes in life, you’re hit by a lightning bolt and Rob just did at that moment in time; he said, ‘it’s not fair, we’ve got to create something on Begin,’” Goldberg said. “And he made it his mission — literally for six years, he was committed to doing this — and it was hugely successful, I mean, the guy’s gotten the word out.”

The Aspen premiere of “Upheaval” will take place on Thursday at the Isis Theatre. The screening starts at 7:15 p.m. and tickets are $100. To also attend the VIP reception at Hexton Gallery prior to the screening, there is a $75 upcharge. Tickets can be accessed through the Aspen Film or JOIN Israel website.