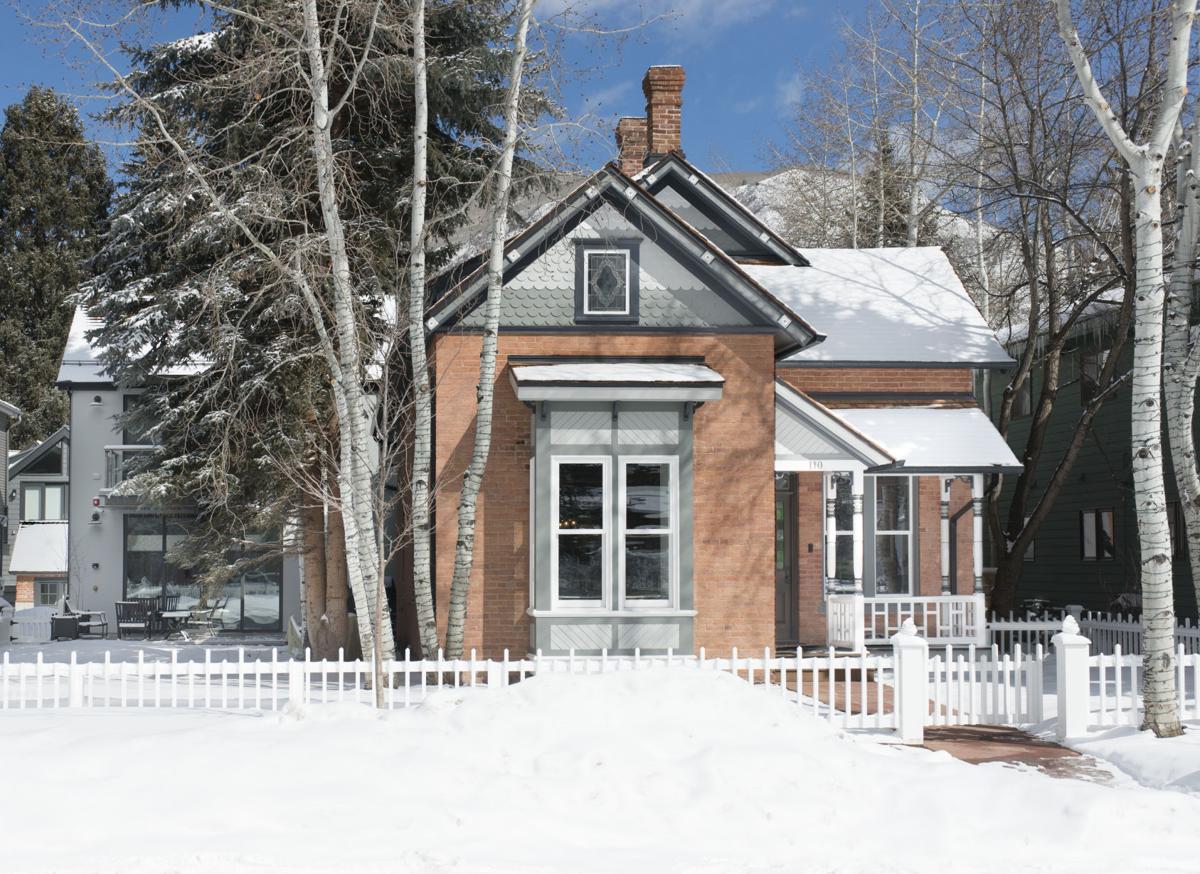 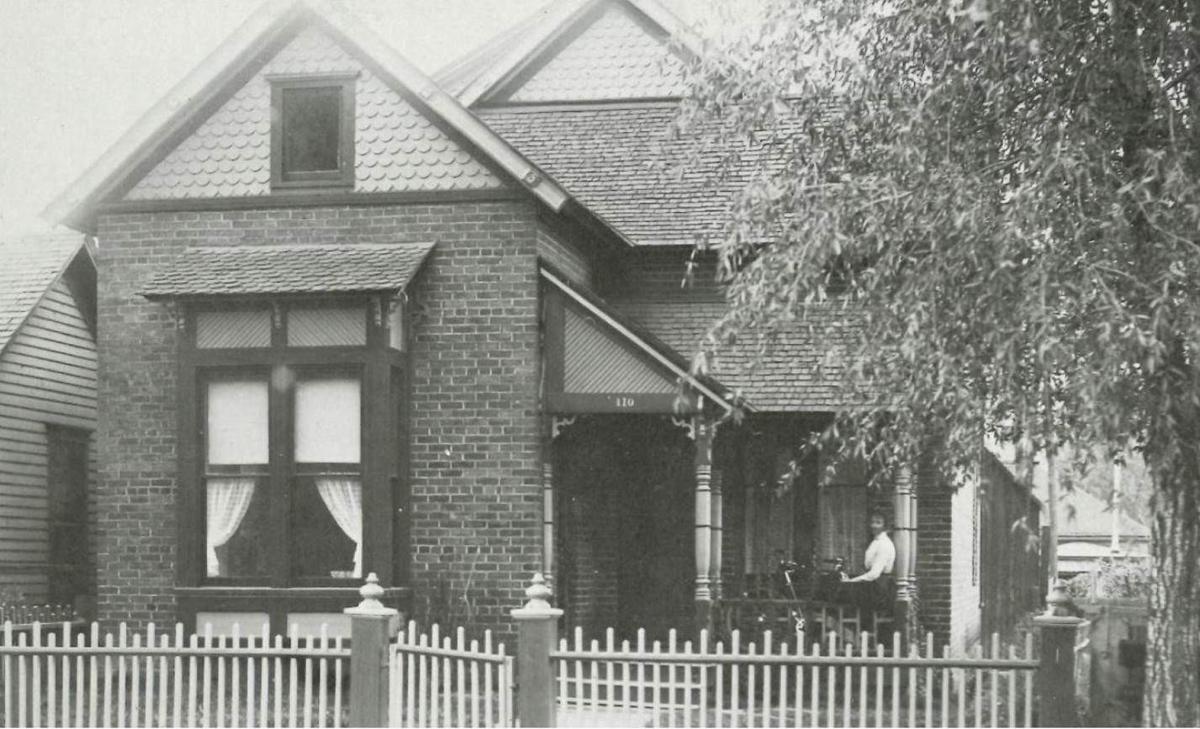 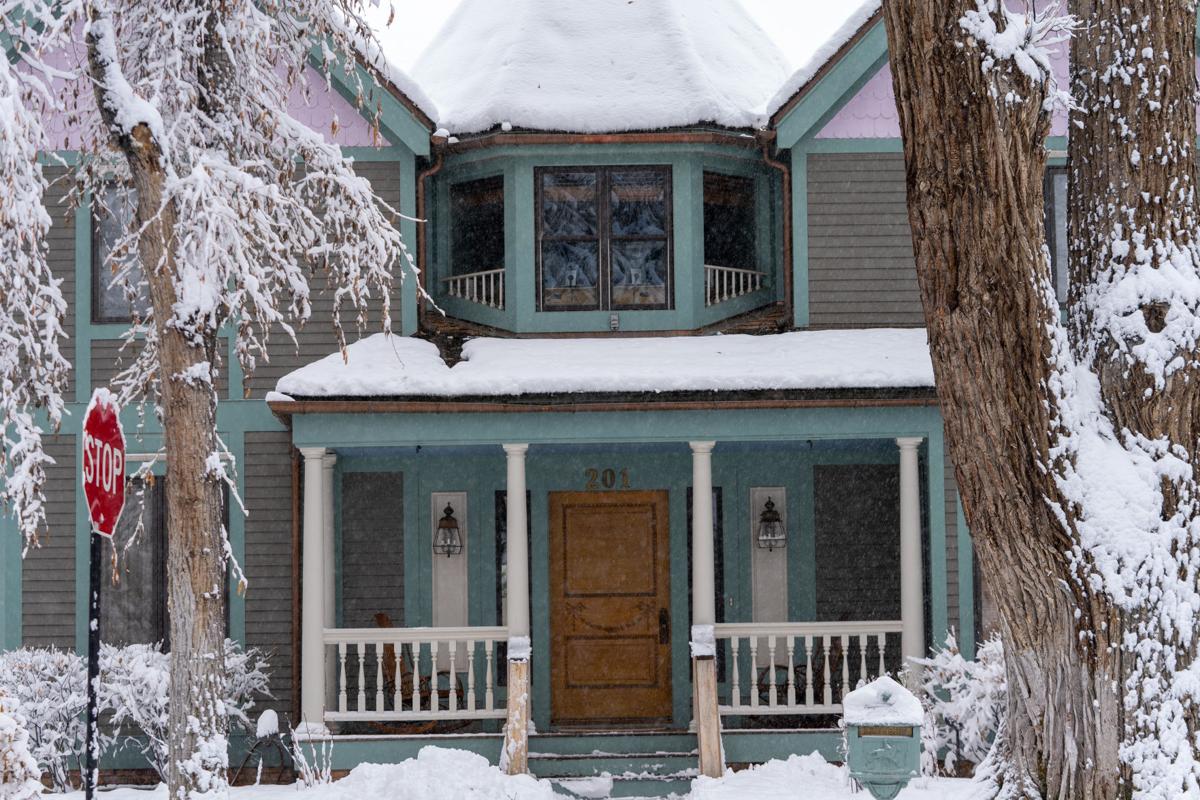 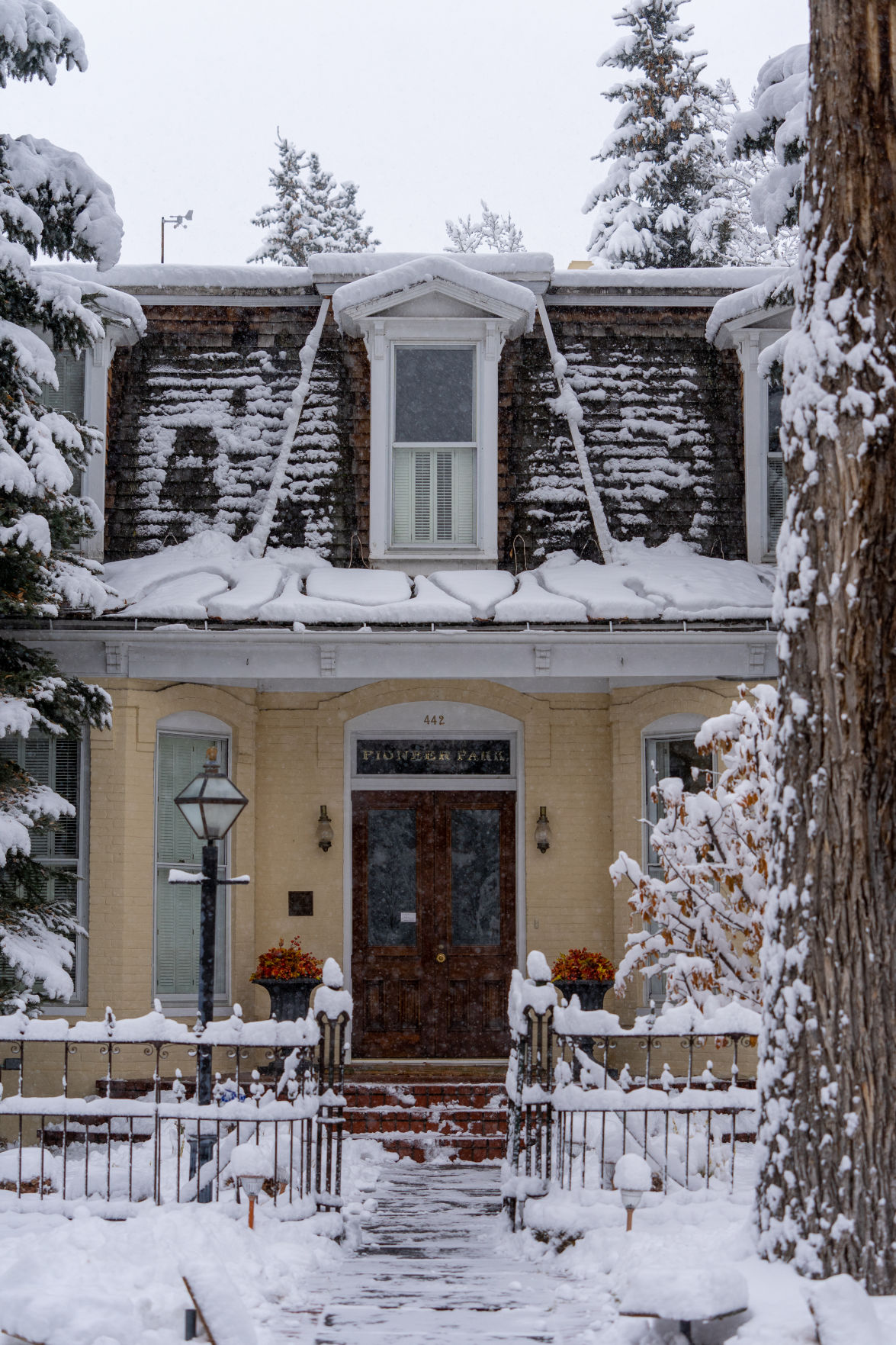 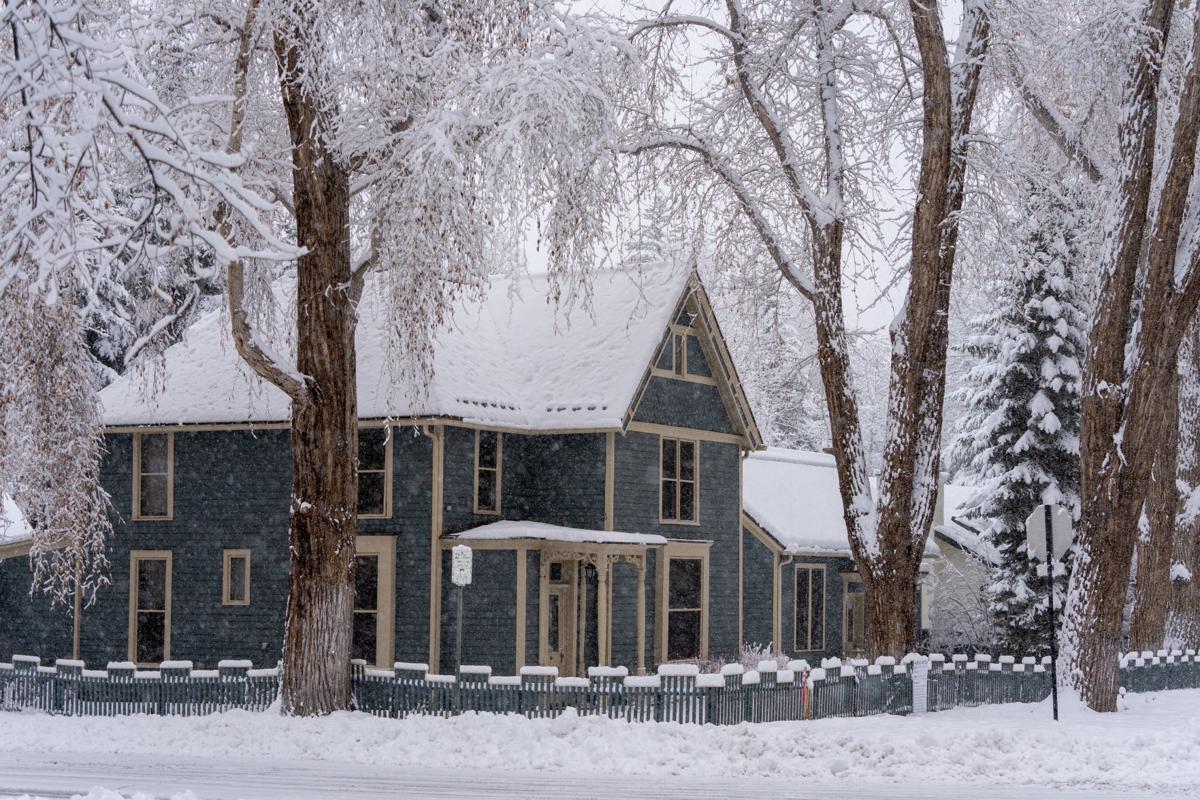 In the rarified air of Aspen real estate, the West End is arguably the most desirable neighborhood, a place where home sales regularly break records and command the highest price per square foot. It’s also where a large percentage of Aspen’s 261 Victorian-era buildings still stand—albeit modified—on nearly every block, stately residences with perfect paint jobs and eye-pleasing manicured gardens.

But it hasn’t always been this way. In the rough-and-tumble mining era, thousands of homes were built throughout the town to house the ballooning local workforce.

For the most part, they went up quickly and for little money, many of them built from plan books passed around among the miners and carpenters.

How is it that so many examples of Victorian architecture have been preserved, despite the fact that today’s demands for living space are so different? The answer lies in decades of hardship and a tremendous amount of effort.

After the silver crash of 1893, nothing was built as the town’s population dwindled to a few hundred. During those several quiet decades, many of the larger houses were torn down because they became too difficult to maintain or even unsafe, says Amy Simon, the City of Aspen’s historic-preservation officer.

The more humble homes survived. In fact, 125 of Aspen’s 260 Victorian-era properties were the miners’ cottages built from the plan books, says Simon. During the post-World War II period, when skiing revived the town’s economy and drew people from all over the world to work in a new industry, these homes were once again filled. The West End, in particular, became a great place for families, given the large yards and close proximity to downtown and schools.

But a population and wealth boom created development pressures that threatened Aspen’s historic structures, and in 1972, a citizen group called Save the Victorians pushed the passing of one of the first historic-preservation programs in the country.

“We’d have nothing left if those efforts weren’t made 40 years ago,” says Simon, who notes that every mining-era building still standing is now landmarked. In total, 15 percent of Aspen’s 2,000 properties— about 300 in all—are designated historic, including approximately 30 properties classified as “Aspen Modern.”

Aspen’s historic-preservation regulations have evolved over time, both in terms of carrots and sticks and what can be altered and how. At times, it’s been a fight. “The community, for the most part, embraces the idea that it’s important to preserve these buildings,” says Simon, “but at times the sentiment has been that historic buildings are seen as development opportunities, rather than a beloved resource.”

Some of the oversize Victorians renovated before the regulations were in place are dubbed “bustle houses,” named for the puffed-up backsides of women’s dresses that were fashionable decades ago.

Historic guidelines have since been refined to a point that some believe preserve historic resources, while still offering owners enough latitude to remodel to their satisfaction. In a nutshell, they follow the universal historic-preservation principle that seeks to distinguish new from old by requiring that renovations and additions strongly relate to the original character of the structure in two of three categories: form, fenestration and materials.

For architect Sarah Broughton, whose firm Rowland + Broughton has worked on many Aspen Victorians (both commercial and residential), the late-19th-century style brings interesting challenges. “The style and scale of Victorians doesn’t match today’s lifestyle and living,” she says, noting she enjoys the challenge of altering them in a way that is “complementary and respectful.” The interior of these historic homes often offers opportunities to change the layout and make them more livable. Additionally, how the project sits on the property is critical, given that public-facing Victorians can be a powerful representation of our community. “We believe the most sustainable thing you can do is build to last, and these Victorians are built to last—they’re timeless, and we need to be preserving them,” says Broughton. “It’s an honor to preserve buildings in our town.”

One of the only residential Victorians open to the public—it’s currently the home of Aspen Historical Society—the Wheeler-Stallard House is a rare, three-story brick mansion remaining in Aspen. Jerome Wheeler, who also built the Hotel Jerome and Wheeler Opera House, built this Queen Anne-style home to convince his wife and daughter to live in Aspen.

Aspen’s only Second Empire–style home is unique for being the only residential property on its block (its namesake park is on the corner). It’s also notable for a scandal involving the mining-era Aspen mayor who built it for his wife who died of strychnine poisoning. Shortly after his wife’s death, he married her young niece. Walter and Elizabeth Paepcke, who initiated Aspen’s post-war revival, purchased the home in 1946 and painted it bubblegum pink.

This typical one-story wooden miner’s cottage had multiple non-historic additions over the course of a century, until Rowland + Broughton removed them. They built a modern addition onto the rear of the home, using corrugated metal, a typical mining-era material. The front door, framed by the original front porch with its decorative posts and brackets, opens onto a dining room.

Built in the early 1880s before the mining boom, this intact log cabin is one of Aspen’s oldest lived-in structures, made with hewn logs with notched ends before Aspen had sawmills. It’s on the National Register of Historic Places.

When a 20-home luxury development between Hunter Creek and Centennial condos was approved in the mid-2000s, it came with the stipulation that this simple Victorian-era log cabin would be preserved and restored. The daughter of a silver miner owned the property for decades, but the uninhabited cabin was in danger of falling down due to neglect.

One way today’s Victorian owners have dealt with space-challenged miners’ cabins has been to expand the living space below ground. However, when a remodel of this quaint, whitewashed cabin (once occupied by the Willoughby family who helped kick-start skiing in Aspen) involved digging a 50-foot-deep, double-level basement with a basketball court, the city put the kibosh on two-story underground residential spaces.

Some historic remodels strip away accumulated additions to reveal the original Victorian design. This is exactly what a years-long remodel did to this Queen Anne Victorian, including reopening the closed-in porch, an essential element of mining-era design.

The only-in-Aspen battle over the “Blue Vic” centered around access to the modern duplex built on the back of the lot. As with many older Aspen homes, the remodel spelled the end of an affordable rental for local worker bees. The renovation project did, however, win a Historic Preservation Commission award.

Colorado’s only governor from Pitkin County, Populist-party member Davis Waite, lived in this typical ornamental Victorian before and after his term from 1893 to 1895, during which Colorado became the second state to allow women to vote. Bauhaus master Herbert Bayer also lived here, as did longtime Aspen Institute President R.O. Anderson.

The south side of the 100 east block of Hallam Street, across from the Red Brick building, is the only all-original Victorian block of homes in Aspen. Perhaps the most special street in town, all of the houses were built in the 1880s and 1890s.