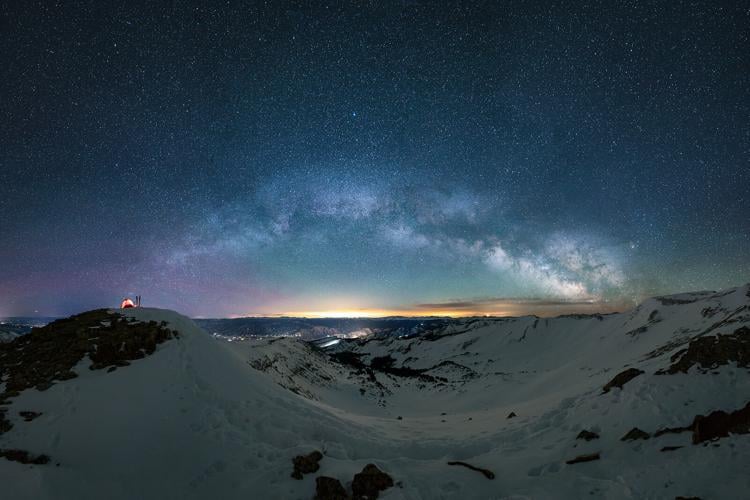 Ann Driggers combines adventure and photography to capture images like this one of the Milky Way above Snowmass. 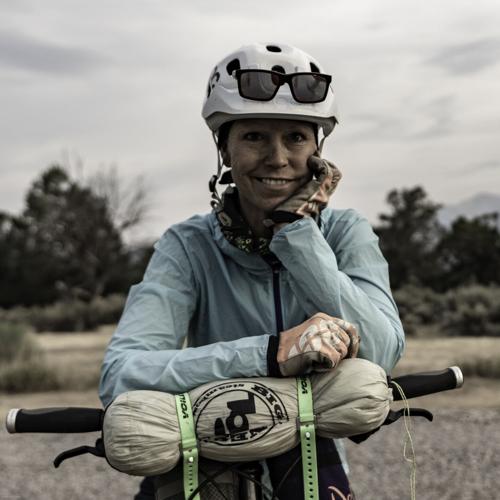 Ann Driggers combines adventure and photography to capture images like this one of the Milky Way above Snowmass.

Accounting by day, aperture by night—Ann Driggers knows how to live life fully.

At 3 a.m., Ann Driggers' alarm breaks the nighttime alpine silence. She sits up in her tent, grabs her camera, unzips the door and crawls out into the crisp, quiet dark. The glow of civilization is far below and stars blink down on the mountain landscape. She’s planned this moment for months, maybe years, waiting for the right planetary alignment, the right season, the perfect time of night. She leaves a headlamp on in her tent, a human beacon in a mostly unaltered landscape. The crunch of her stride and the sound of her breath accompany her as she climbs to her lookout point. Her eyes can’t see what she’s after, but she knows it’s there. She lines up her camera and takes a grid of photos, 50 in total. Then she tucks her camera away and heads back to her tent for a couple more hours of sleep. She’s at her desk by 8 a.m.

Driggers is Pitkin County’s finance director, treasurer and public trustee, managing an annual budget of over $170 million. A career-driven person who loves her job, she’s also known around the state and beyond for her enthusiastic adventuring and stunning photography—often paired together.

Back at home in Carbondale’s Missouri Heights, Driggers pulls her 50 images up and creates a single composite photograph—the Milky Way in all its incandescent glory, arching above Snowmass, with the lights of Aspen glowing below.

She grew up on a farm near the North York Moors National Park in the United Kingdom, where her parents raise sheep and cattle and grow wheat and barley. An adventure-loving family, her father used to be a glider pilot and was one of the first people to windsurf in the U.K. “I used to spend all my time riding horses. Now I ride mountain bikes instead,” she says.

Driggers has long worked in finance, spending some of her early career in London. After a few years she burnt out on that lifestyle and moved to Zermatt, Switzerland, and then to Wyoming to be a ski bum. On her third day in Jackson Hole, she thumbed a ride and “this cute guy stopped to pick me up—and that's my husband, Chad.” The rest, as they say, is history, and they’ve since moved around the west, including Arizona and Grand Junction before settling in the valley.

While in Grand Junction, Driggers penned an outdoor adventure blog for the Grand Junction Daily Sentinel, and picked up a point-and-shoot camera to capture images to accompany her words. At that point, “it was always about the adventures and never about the photos.” About eight years ago, her husband gave her a nicer camera, and photography quickly became an equally important pursuit. (Now she shoots with a Sony a7R III.)

Based on Driggers’ Instagram account—with some 13,000 fans—you’d think she was a full-time athlete. She credits living in the Roaring Fork Valley for her ability to spend so much time outdoors. She’ll often park at the Brush Creek Park and Ride so she can ride her bike over Sky Mountain Park into work. “Honestly, it's just ride-work, ride-work, ride-work. Oh, and some sleep in there,” laughs Driggers. “I usually like to plan the weekends in such a fashion that on Mondays I'll arrive grateful for my office chair.”