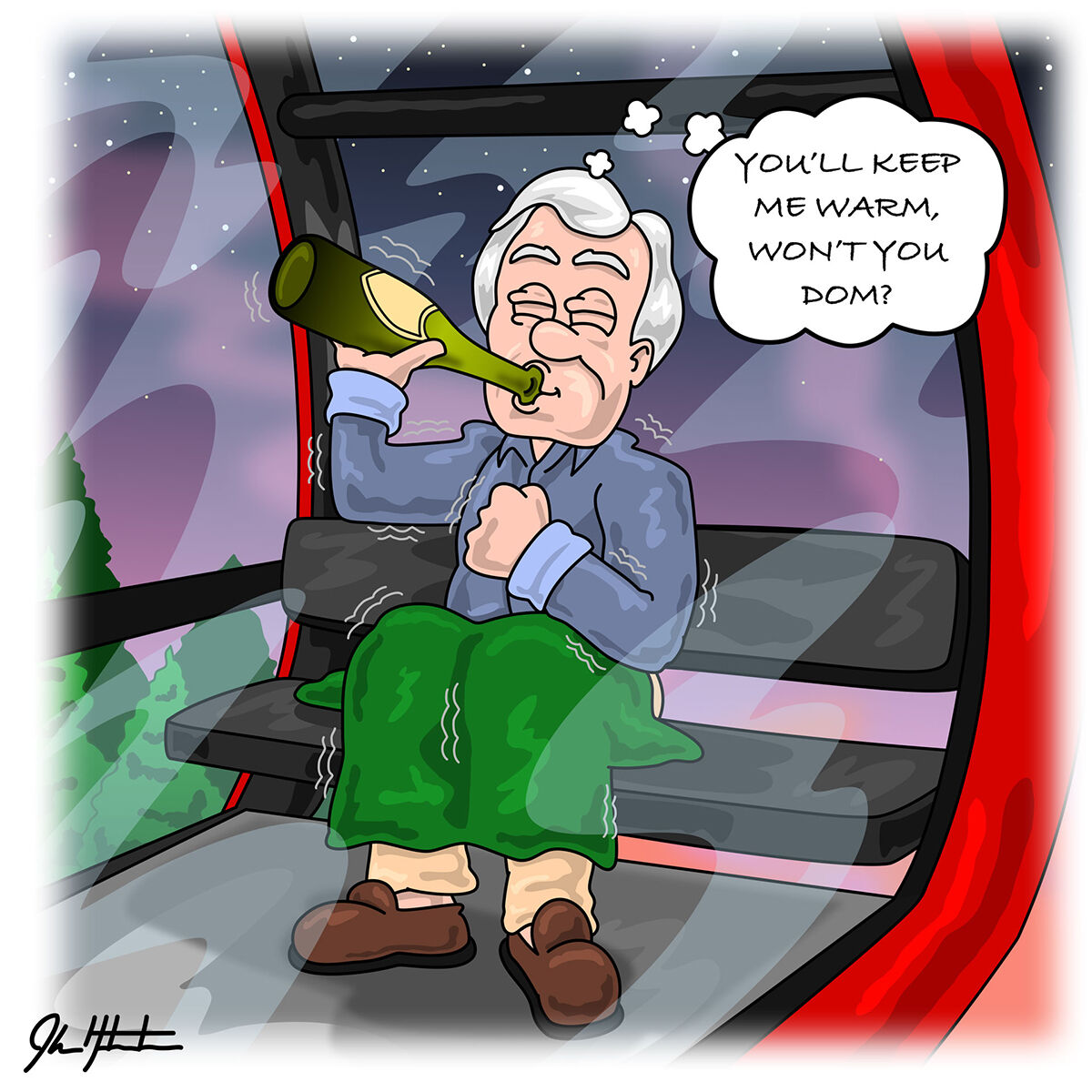 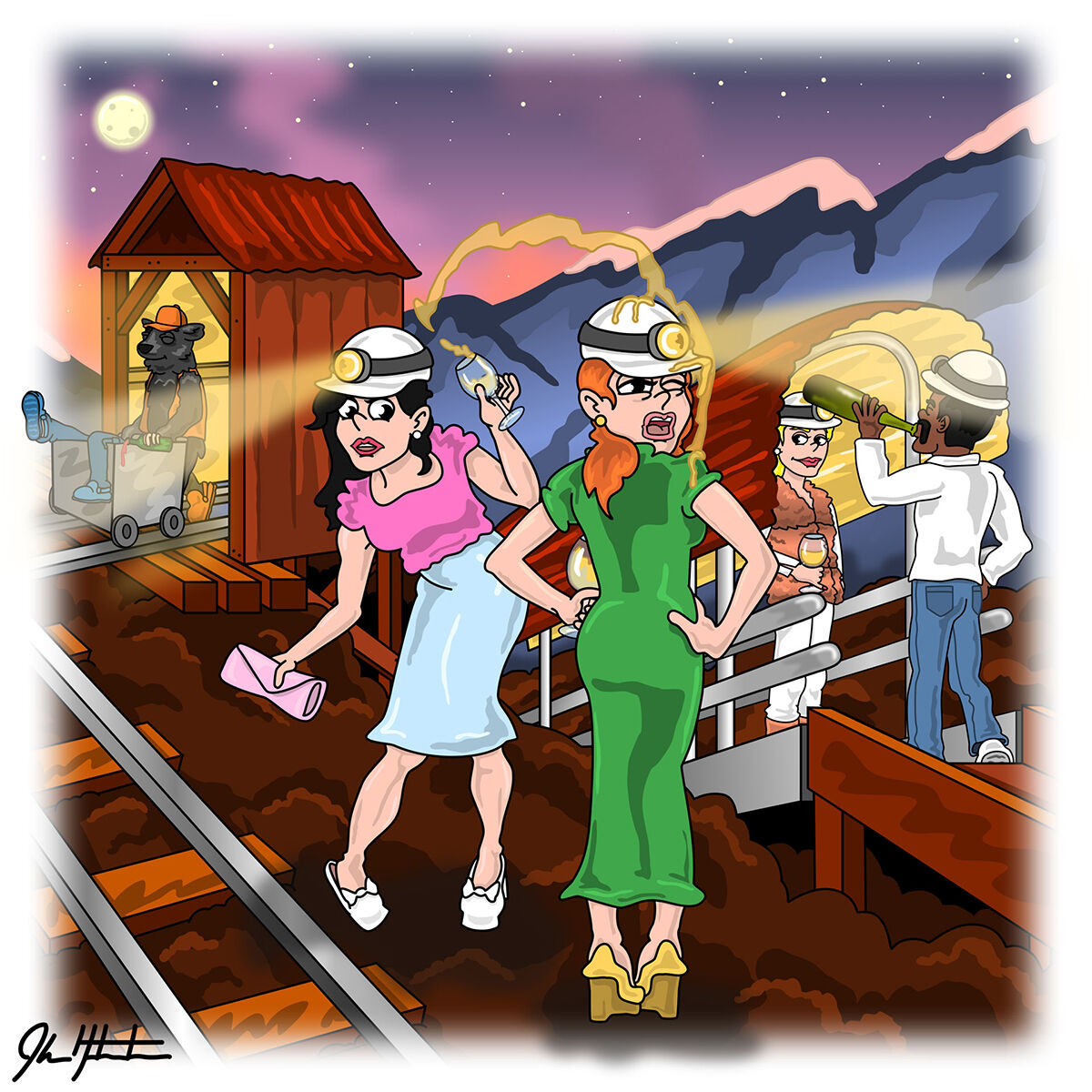 Classic-goers reminisce about the good, bad and sometimes ugly of Aspen’s most delicious and indulgent event.

Thirty-eight years ago, ski bums and wine enthusiasts Gary Plumley (who founded the wine shop Of Grape & Grain) and Bob and Ruth Kevan (former Snowmass restaurateurs) came up with the idea for a wine-tasting event to infuse energy into Aspen’s then shoulder season of early June. Three years later, Food & Wine magazine became the title sponsor and—as they say—the rest is (a slightly blurry) history. In its almost four decades, the Food & Wine Classic in Aspen has become an internationally buzzed-about festival where year after year more than 5,000 attendees—including the world’s most famous chefs, hundreds of winemakers, major liquor brands, and culinary celebrities—head to the altitude for three days of Grand Tastings, interactive lectures and parties on top of parties on top of parties. While novices go big on day one, true veterans know it’s all about Sunday. Regardless, nearly everyone who attends the Classic leans into the decadence and debauchery of it. Due to the pandemic, 2020 marked the first year the festival has been cancelled since its inception. This year it returns, forgoing its usual June date for the fall (September 10-12)—unsurprisingly, it’s already sold out. Having gone more than a year without one of Aspen’s favorite events, we thought it was the perfect time to catch up with Classic regulars, top chefs and some of the people behind the scenes to ask them their favorite memories from years past. Everyone had a story, but—as anyone who has attended Food & Wine knows—not all of them are fit for print.

“It was just my luck that I got stuck on the gondola several times going to the top of the mountain for the Publisher’s Party. Fortunately we had blankets and bottles of Champagne. We laughed that we would freeze to death with the bottles frozen to our hands.” —Jacques Pépin

“To introduce his Infinite Monkey Theorem winery in 2011, Ben Parsons asked me how we could throw a party that was gritty—no Champagne or caviar. While hiking Smuggler, I looked down at the mine, and an idea came to me. I knew I first had to get the owners of Smuggler Mine, Jay Parker and Chris Preusch, on board. After a few rounds of margaritas they were in. We went back to the mine, cracked beers, and they gave me a tour. Since the party wasn’t hosted or associated with Food & Wine, it was really ‘anything goes.’ A flyer was passed around town, and people rode their bikes up to Smuggler Mine like it was an illegal rave. We didn’t have lights; it was freezing cold and raining, and 600 people showed up. We were totally unprepared. Chefs were making pizza in the rain with the portable oven we lugged up the hill. The wine flowed, and the power kept going out. Women were decked out in fancy outfits and stumbling around the mine in heels with their wine glasses and hard hats. I later found people having sex in the bushes.” —Sarah Jane Johnson, founder, Infinite Monkey Theorem's Wine at the Mine party

“During a lively party at [The Little] Nell bar someone came over to me and asked if I wanted to buy mushrooms. Innocently, I asked him what kind of mushrooms, shiitake or chanterelles? He gave me a sly look and said, ‘Uh the non-culinary kind.’ I later learned that someone had snuck into the party trying to sell magic mushrooms to party guests.”—Sabato Sagaria, Master Sommelier / former Food & Beverage Director, The Little Nell

“For my wine event celebrating the 1980s, I dressed as the lead singer of the iconic ’80s band Loverboy, replete with a bandana and tight red-pleather pants. Things didn’t go quite as planned when toward the end of performing in front of an exuberant audience, I heard an ominous rip—my pants had split.” —Mark Oldman, wine expert

“I remember walking home at 4 a.m. from Aspen Alps condos, having spent hours doing—ahem—aerobic activities with a chef. Mind you, I don't remember the aerobics, but I'm pretty sure I remember the chef. On the walk back to my hotel, I was desperate to avoid bumping into anyone I knew who might have been out doing the same thing. There were actually a lot more people skulking around in the wee hours than you might expect.” —Anonymous media-exec Classic-goer

“Sixteen years ago, my now wife and I were at a party on Red Mountain. She was socializing on the patio with friends, including celebrity chef Tom Colicchio, while I was grabbing a drink inside. All of the sudden, I look outside to see Tom hitting her head yelling, ‘Your hair is on fire!’ She had stumbled too close to a patio torch, and her hairspray was the igniter. The next day in the tent, everyone came running up to her to ask what happened to her hair—it was completely singed on one side.” —Anonymous Classic-goer

“One of the great parties used to be hosted by Wines from Spain, who would rent a $30 million property and have José Andrés cook. The house had a $10,000 electronic toilet with voice control and a heated seat. I remember a few people who had consumed a lot of hallucinogenic mushrooms staring at the toilet for hours, giggling and giving it commands. I just stood in the massive line behindthem waiting to use the john.” —Andrew Zimmern, James Beard Award-winning chef and TV personality

“One of the festival sponsors, Bombardier, would always fly out a select group of chefs from New York to Aspen every year, and it was like Game of Thrones trying to land a seat on it. One time I was sitting in the back of the plane across from [restaurateur] Paul Grieco and [chef] Jonathan Waxman. Jacques Pépin passed through to use the loo and on his way back stopped to chat with us. Chef Waxman made space for him, and somehow, Paul started interviewing him about how he got started cooking. Before we knew it, nearly the entire plane was crammed into the tiny rear compartment, transfixed as Pépin regaled us with stories of his early years at [Hôtel] Plaza Athénée in Paris, turning down the Kennedy White House for the head chef job, and working at Le Pavillon and then with Howard Johnson. To this day, we all wish we recorded the conversation.” —Anthony Giglio, Wine Director, The American Express Centurion Global Lounge Network / Contributing Editor, Food & Wine

“After a long day at seminars and Grand Tastings, I found myself at a late-night party. Around 3:30 a.m., it felt like it was finally time to call it. As I gathered myself for the late-night walk home, Ming Tsai showed up—and he brought his knives. We ended up standing around him in the kitchen as he made us dish after dish. Realizing this was no time to leave, a friend and I decided to partake in some—um—off-mountain skiing. Unfortunately for us, we chose a bathroom with a window looking out onto the deck of the house. Another local party attendee saw us through the window and had us immediately—and embarrassingly—kicked out. That same person tracked down where I worked and told my boss I should be fired. I did not get fired. I also never got to thank Ming for the late-night snacks.” —Anonymous local