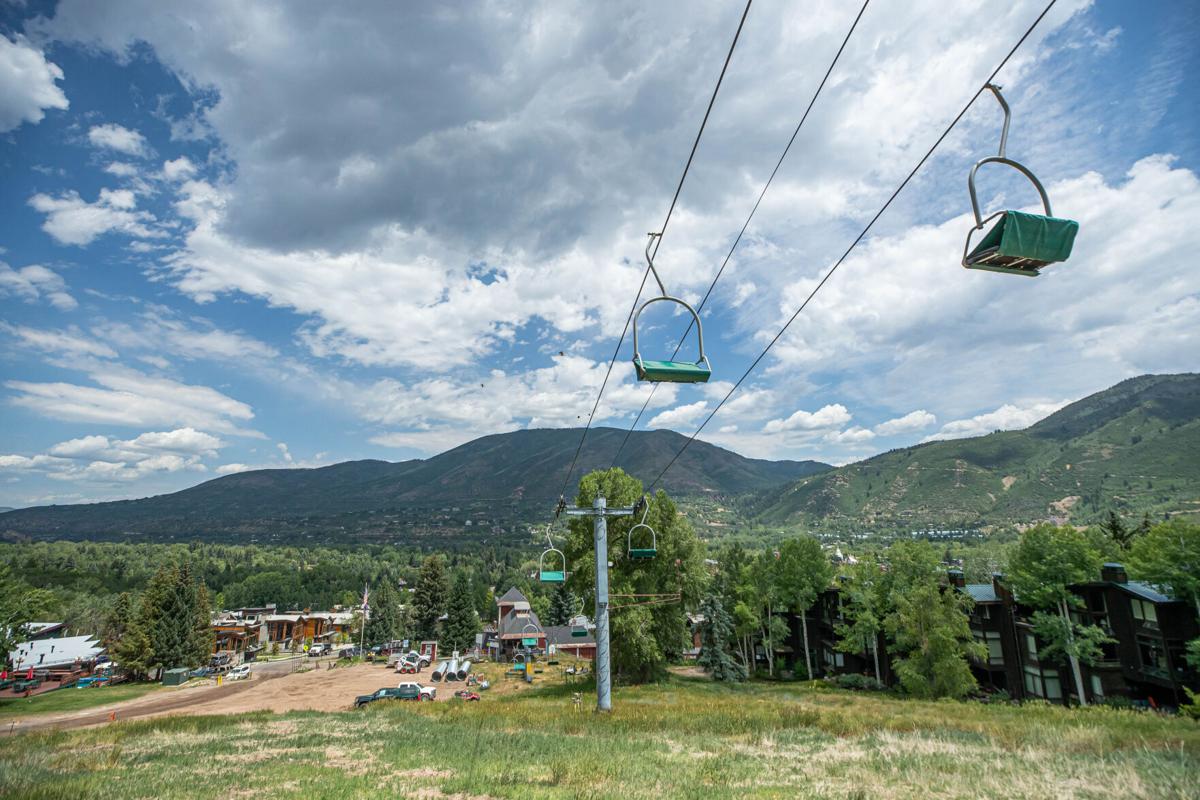 In a close election in 2019, voters approved a redevelopment of the west side of Aspen Mountain, including two lodges, a ski museum and a ski lift that loads lower down the mountain from its existing location. Final development plans for Lift One Lodge and Gorsuch Haus will be reviewed together beginning in September. 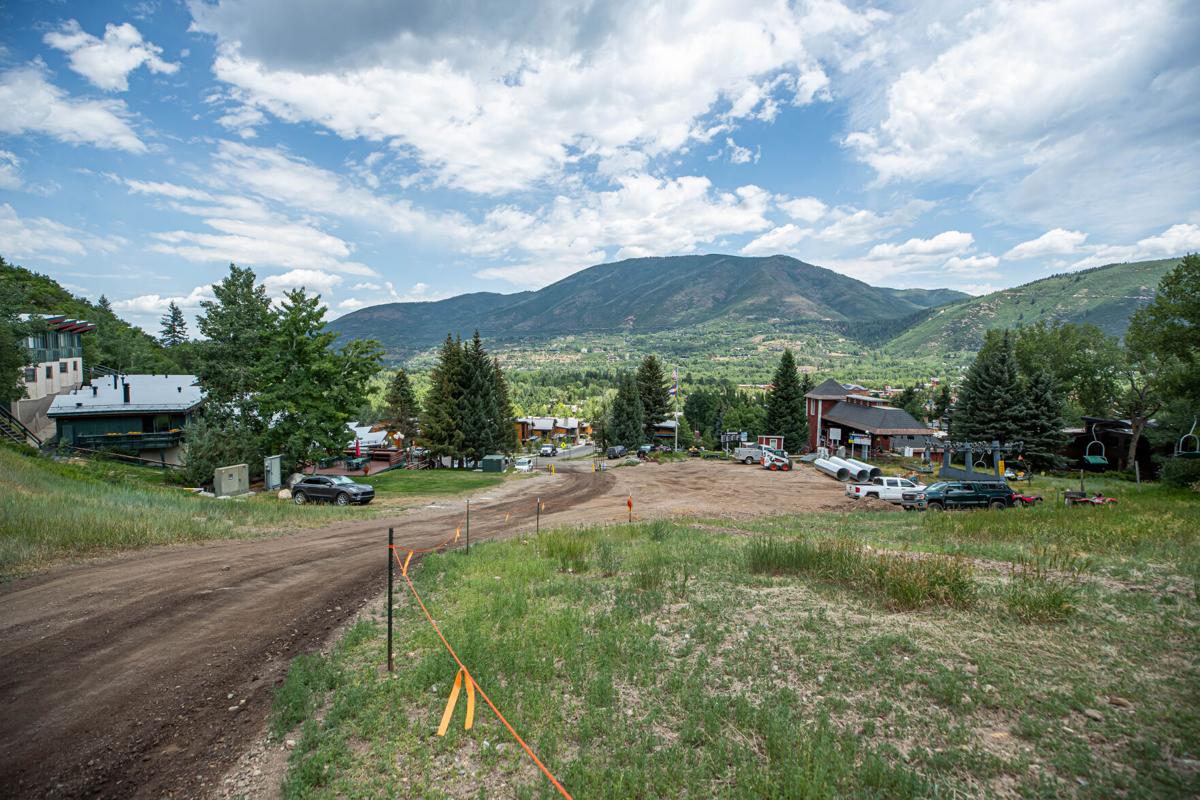 Construction in the Lift 1 corridor could commence as early as 2022 in a best-case scenario. Five entities are involved in the base area and neighborhood redevelopment and public reviews of the plans are expected to begin in September.

In a close election in 2019, voters approved a redevelopment of the west side of Aspen Mountain, including two lodges, a ski museum and a ski lift that loads lower down the mountain from its existing location. Final development plans for Lift One Lodge and Gorsuch Haus will be reviewed together beginning in September.

Construction in the Lift 1 corridor could commence as early as 2022 in a best-case scenario. Five entities are involved in the base area and neighborhood redevelopment and public reviews of the plans are expected to begin in September.

Redevelopment plans for the Lift 1A neighborhood on Aspen Mountain’s west side have been moving forward in 2020, and review of the projects is anticipated to begin in September.

In a July 14 memo to Aspen City Council, Jen Phelan, the city’s development manager, lays out the many moving parts of the Lift 1A plan, which eked out a 26-vote win from city of Aspen voters last year. She also references regular updates on the neighborhood plan to come this year.

“As Council is aware, voter approval of the project was granted in March 2019, allowing for a multi-stakeholder development project which includes two hotels (Lift One Lodge and Gorsuch Haus), installation of a new telemix lift that loads closer to Dean Street and skier return, relocation of the historically designated Lift 1 bullwheel and associated towers, development of a ski museum and ticketing/skier services, as well as the redevelopment of city parks, Dean Street, and the termination of S. Aspen Street to accommodate the entirety of the project.”

Along with the two hotel developments, the partners include the Aspen Skiing Co. and the Aspen Historical Society. Each group is working simultaneously to develop building plans and receive approval for the new lift from the Colorado Passenger Tramway Safety Board.

Phelan said once all applications are approved, it will be a master production to get the lodging and lift built simultaneously.

“Construction sequencing will be important to this project as construction cannot start until the end of a ski season to minimize the timeline the lift is offline. At this point, it is anticipated that the earliest construction start date would be April 2022,” Phelan wrote.

Tramway Board weighs in

Gorsuch Haus, an 81-key, 64,000-square-foot lodge to be built at the top of Aspen Street, submitted its final land-use application to the city in March.

Lift One Lodge, a 104,000-square-foot timeshare hotel, was granted an extension to September to submit its application. The two projects will be reviewed together by the city’s Historic Preservation and Planning and Zoning commissions. Those public hearings will likely occur later this year. The city council has authority to call up for review any decisions made by the commissions.

Last month, the Colorado Passenger Tramway Safety Board’s technical committee did a preliminary review of the desired path of the new lift between the two lodges. Lift One Lodge was granted approval and has now been passed on to the full board for review. The Gorsuch Haus plans have been sent back to reevaluate safety concerns.

“The two concerns were: 1) wanting additional horizontal clearance of 10-12 feet, rather than a previously discussed 8-10 feet from the Gorsuch Haus, and 2) concern of dynamic derailment of the cable along the building,” Phelan wrote.

SkiCo, Gorsuch Haus, and the lift manufacturer Leitner Poma are working on submitting the plans, with an added tower to allow for the required clearance. That application is anticipated to be reviewed next month.

Telemix is the proprietary name Poma uses to describe a ski lift that uses both chairlifts and gondolas that are detachable and has the flexibility to be rearranged as needed. According to its website, the mix allows for the best of both worlds.

“For experienced skiers, the comfortable chairs are the fast track to skiing pleasures, while non-skiers, tobogganers and children enjoy the comfort and extra safety of the gondolas,” it reads.

The new lift would load at the original Aspen Mountain lift site, what is now known as Willoughby Park on Dean Street. The location is downhill from where the current Lift 1A loads, and the easier in-town access was a selling point to Aspen voters as the development was debated.

This time last year, just months after the narrow passage of the measure, it seemed as though the development might not come to fruition after all. In June 2019 it was reported that Gorsuch was seeking a buyer for the $100 million project.

This caused concern for the Lift One Lodge team, who were concerned that because their project was tied to the success of the neighboring hotel being built, the partnership seemed too risky.

The next month, Michael Brown, representing the Lift One Lodge group, wrote in a letter to the editor in this paper, that it appeared the whole deal was falling apart.

“We and the Aspen community desperately wanted the same thing — a new, vibrant base area with a new lift at Dean Street,” Brown wrote. “We viewed the forced co-dependence of the two projects on each other as unacceptably risky for us and the city. We were not willing at the time, and we are unwilling now, to put the development, timing or success of our project and the new lift in the hands of the Gorsuch Haus project, or any third party.”

Brown announced at the time that Lift One would instead carry on with prior approvals for a similar concept but in a different form, one that didn’t allow for the lower access of a new lift.

By last fall the two parties came together and are now moving forward with the full corridor project. Phelan told council that as development manager she is in charge of representing the city’s interests as a partner in the project but also takes on a leadership and supporting role for the four other parties as discussions and legal agreements move forward.

The city is on the hook for providing $4.36 million toward the portions of the project that are meant to benefit the public, such as improvements to Dean Street and the relocation of the Skiers Chalet, which will be used by the Aspen Historical Society as a ski museum.

The money is being held in an escrow account and is not required to be paid out until the new lift is running. There are also measures to ensure that the finances would be returned to the city if the corridor project fails to be completed.