The Colorado Parks and Wildlife management area containing Aspen, Glenwood Springs and Vail had by far the highest volume of bear-human conflict reports, trash issues and dwelling or garage break-ins of the state’s 18 management areas, according to data released by the agency.

CPW has modernized its tracking system and on Tuesday released its first annual batch of detailed statewide data, representing activity between April 1 and Dec. 31, 2019.

Out of 5,369 total reports of bear activity counted by CPW, 1,175 came from Area 8, which is based in Glenwood Springs and includes the Roaring Fork, Eagle River and Vail valleys. The next-highest number of reports came from Area 14, containing El Paso and Teller counties along the Front Range, with 678. Area 2, around Boulder, was third highest, with 577 reports.

CPW spokesperson Jayson Clay, who is based in the state’s northeast region, noted that the high number of calls emanating from two of the state’s most heavily developed mountain corridors around Aspen and Vail may reflect a heightened awareness of the bear issue and more robust municipal enforcement, relative to other areas of the state. Communities in both valleys also require bear proof trash cans, which is not a given in the state. 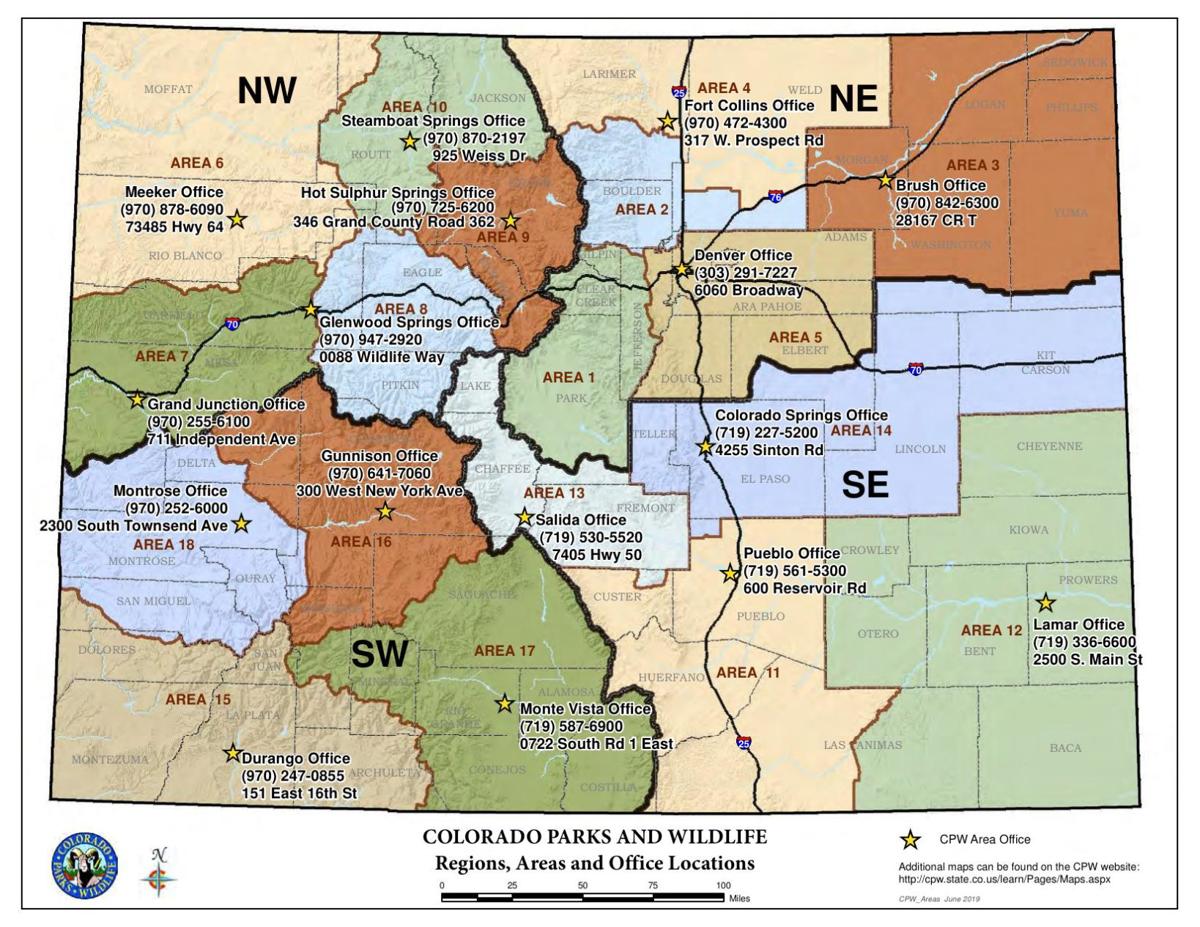 Bears that damage property or are aggressive toward humans are often euthanized by wildlife officials to protect public safety. Sixteen bears were put down in Area 8, out of 92 statewide, according to CPW data.

Some other regions saw higher counts than Area 8 in certain categories. For example, Area 2 had the most car break-ins with 88. Area 8 was the second highest in that category with 32.

Area 8 also was relatively low in terms of the number of reported bird-feeder incidents involving bears, with just 12. Area 2 saw 57 of those incidents while Area 5, containing Denver and its suburbs, had 75 bird feeder incidents.

“As our ability to more efficiently and effectively track conflict data grows, we are committed to sharing this information to help all Coloradans understand our role in living with bears,” says a CPW news release. “The data outlines a major problem and potentially documents only half of what actually takes place. CPW recognizes that among the 5,369 bear reports from April 1-Dec. 31, there are likely an equal number of human-bear interactions that go unreported.” 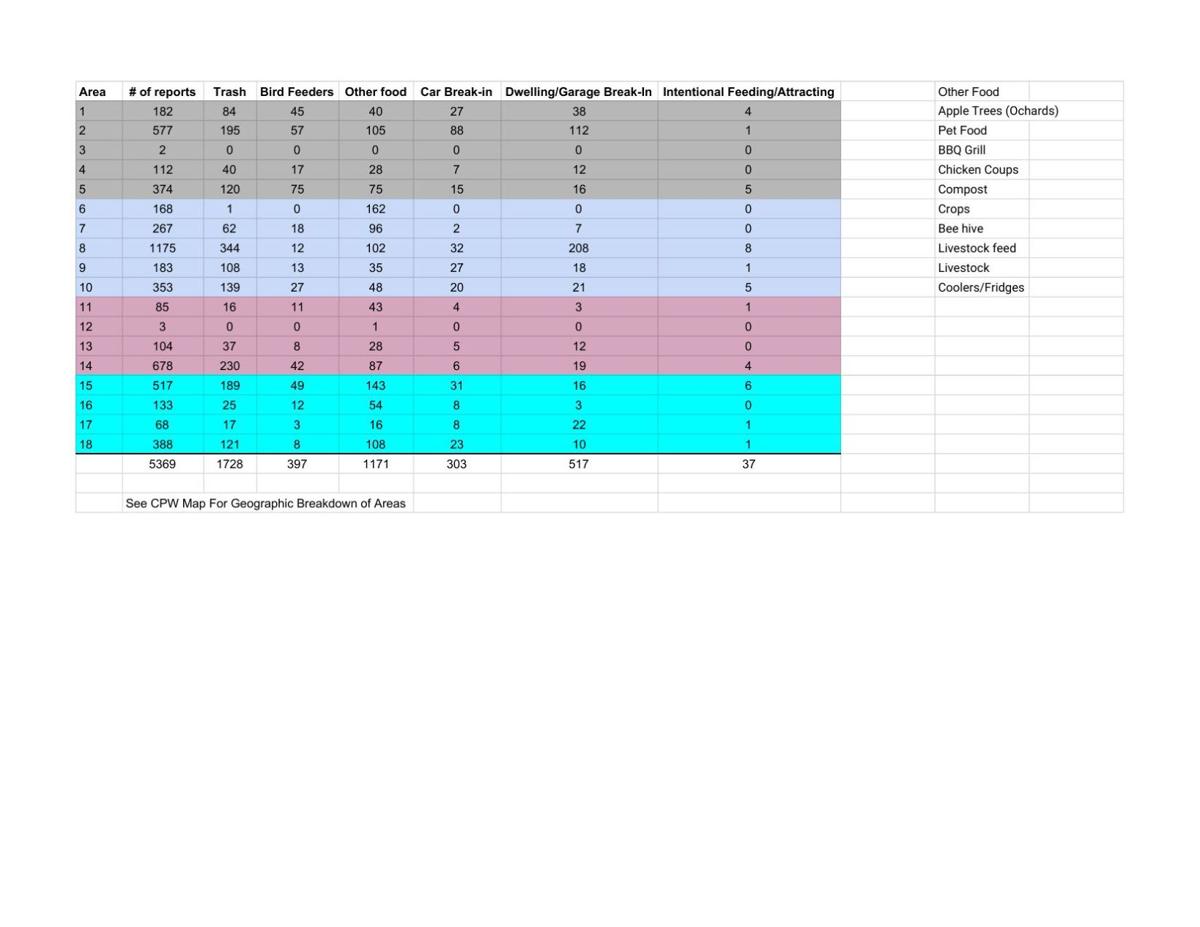 The release notes that while “suitable bear habitat can be found anywhere west of Interstate 25” in Colorado, there were more than 150 bear reports east of the interstate corridor.

According to Clay, individual bears are escalatory in their human conflicts. If a bear discovers a food source from unsecured trash or a bird feeder, they are more likely to attempt to break into a home or a car in search of the human-food reward.

“Bears that find food around your home or in your community often lose their natural wariness of people. Once they find garbage, the next place they may look for more food is inside your home,” the release says.

2019 was seen as an active year for bears around Aspen, with a record number of calls for dwelling intrusions. CPW will release the statewide data each year going forward.