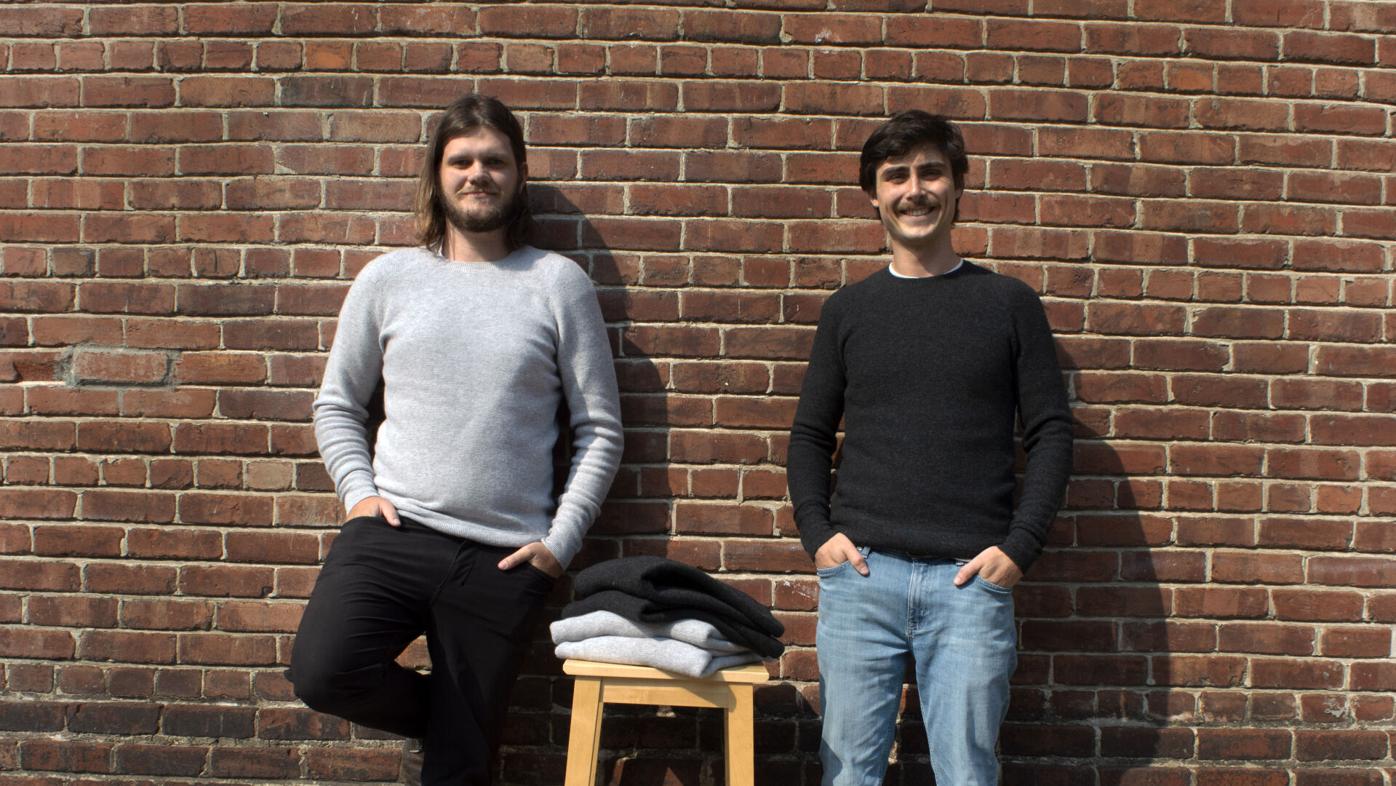 Best friends since their time together at Aspen Elementary School, Slater McLean and Jack Paley co-founded and recently launched Oliver Charles, a high quality, sustainably sourced and produced line of sweaters. The two are pictured last month with their sweaters. 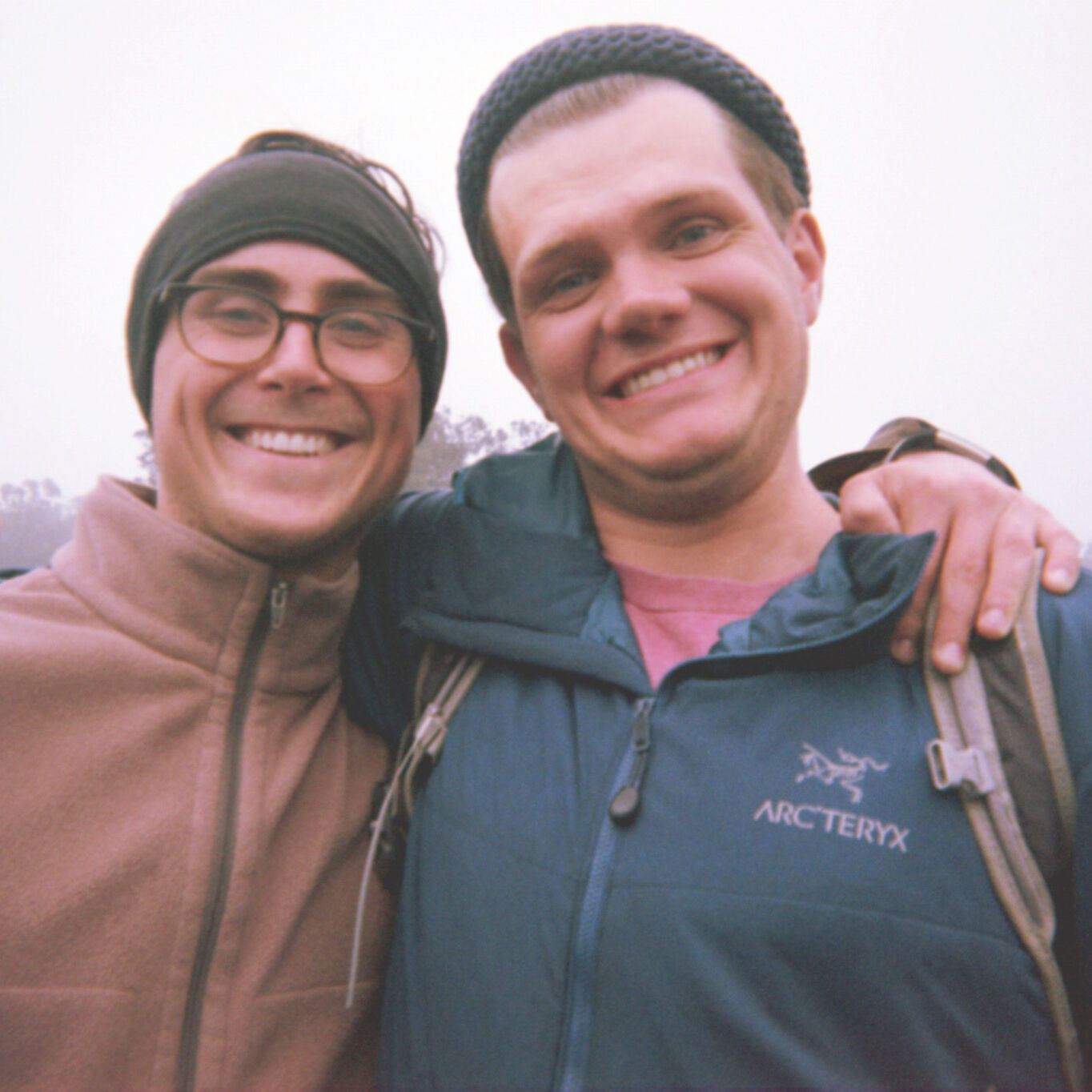 Jack Paley and Slater McLean pictured on a hike in September 2018.

Best friends since their time together at Aspen Elementary School, Slater McLean and Jack Paley co-founded and recently launched Oliver Charles, a high quality, sustainably sourced and produced line of sweaters. The two are pictured last month with their sweaters.

Jack Paley and Slater McLean pictured on a hike in September 2018.

Nearly two decades and several projects later, Paley and McLean co-founded their own brand: Oliver Charles, a high quality, sustainably sourced and produced line of sweaters — from the underbelly of a high-elevation breed of Tibetan yak, no less.

The 25-year-olds reached their $10,000 fundraising goal within the first three hours of launching their crowdfunding campaign on Sept. 17. As of press time, the brand’s online campaign was up more than 400%.

“We expected to hit our goal, but we were blown away by this response,” McLean said Friday.

The Aspen native attributes the inspiration for the newly launched company to their experiences both growing up in Colorado and venturing outside — as well as less carefree days spent inside an office.

“Outdoor adventure and just being outdoors had a major influence on us; we always preferred just wearing durable, high-performing clothes versus following fashion trends and stuff like that,” McLean explained. “But it seemed no matter what we were doing in our lives, we always gravitated towards the long-lasting clothes that felt good to wear — and we found ourselves feeling good wearing — which were typically outdoor clothes.”

Paley and McLean, who are also roommates, were working together at a startup accelerator in the San Francisco Bay area before quitting to fully dedicate themselves to Oliver Charles. Working 10-to-12-hour days in a high-stress environment caused the two to rethink their wardrobe choices.

“We just quickly realized how big of an impact our clothes had on us and how it made us feel throughout the day. … We wanted something that had the same utility and durability of the outdoor gear we were so familiar with and in love with, but was also nice enough to wear to work,” McLean said.

Fed up with tucked-in button downs pre-Oliver Charles, McLean decided to transition his office look to flannel shirts, which he viewed as a more “practical” option. That is, until he became known around the office as “Flannel Guy.”

“It wasn’t exactly what you want to be known for as a young person just getting your career off the ground,” McLean quipped. “So, I ended up going back to the button down to try and shake that reputation.”

In an effort to merge comfort, function, sustainability and professionalism, Paley and McLean sought to find the most durable, breathable and anti-microbial fabric on the planet. The pair spent several months researching materials, consulting with folks in the industry and feeling various textiles. They eventually landed on khullu — the soft underbelly fibers of a high-elevation yak.

He and McLean can personally attest to this: As part of their experience, the two learned to hand weave — and even acquired a 40-inch loom that lived in their shared apartment.

“It’s totally exceeded our expectations and is something really special that we’re excited to share,” Paley said of khullu.

Unlike cashmere goats, which are threatening Mongolia’s grasslands, yak are low-carbon emission animals, which means their fabric is also better for the planet, Paley continued. Khullu is also renowned globally for its odor-repelling and antimicrobial properties.

For this reason, the team challenged a handful of their customer-advisory board members to wear their sweater every day for a week — or in some cases, a month — without washing it.

Practicing what he preaches, Paley said Friday he had been sporting his gray Oliver Charles sweater for about 30 consecutive days.

“We believe clothes have a profound impact on our well-being and success,” Paley said. He pointed to the theory of “enclothed cognition,” which describes the systematic influence between clothes and the wearer’s psychological processes, to support this.

“There’s a real connection between what we wear and how we feel,” he said.

As part of the brand, he and McLean published a coffee table book on happiness, called “The Little Things.” Among the book’s interviewees are Ron Johnson, Walter Isaacson, Andy Cunningham and Roaring Fork Valley locals Nancy Spears, Eric Motley and Tina Staley.

Crafted to last a lifetime, the company uses a 3D-knitting process that prints sweaters in one piece, with zero waste and no seams. This reduces waste and creates a more durable product, Paley said.

The only aspect of Oliver Charles that isn’t transparent is the mystery behind its name.

Pressed on this, Paley said with a laugh, “That’s one of our best-kept secrets.”