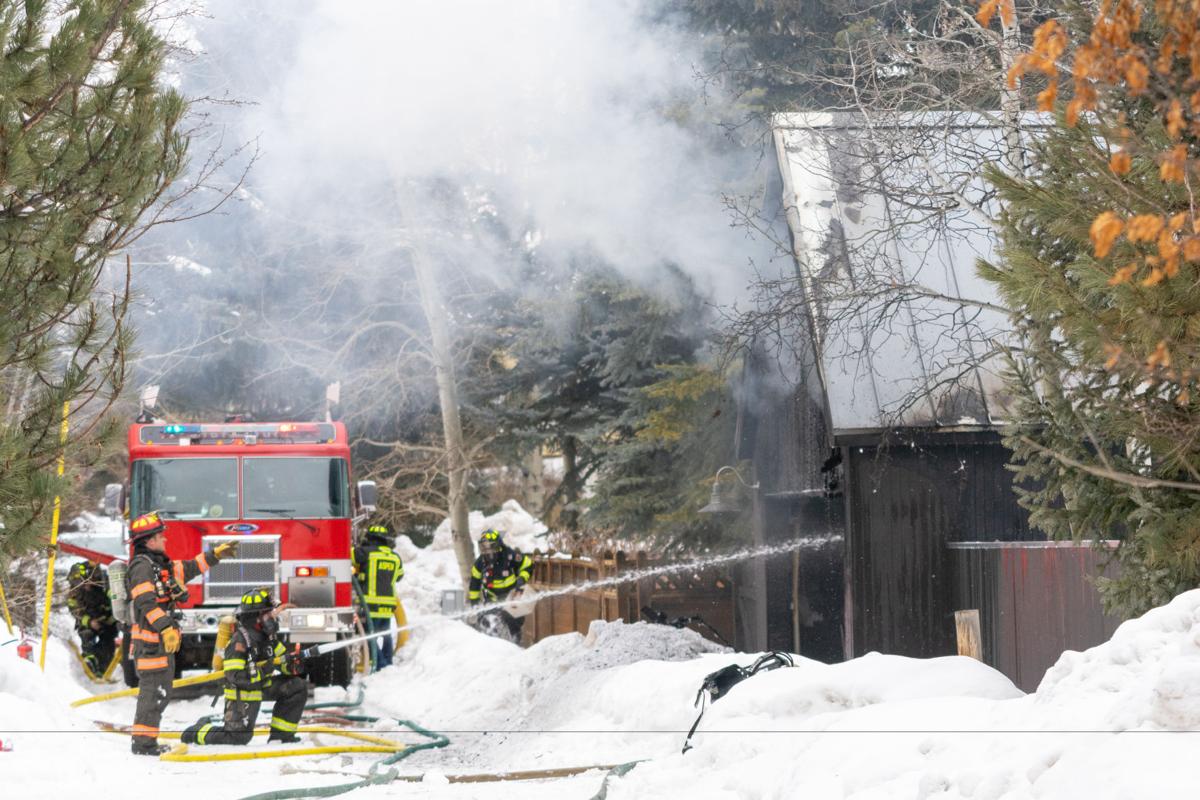 The Aspen Fire Department responded to a garage fire in the West End neighborhood on Sunday morning. The fire was contained to the garage of a residence at 621 W. Francis St. and did not damage nearby residences, according to Aspen Fire Chief Rick Balentine. 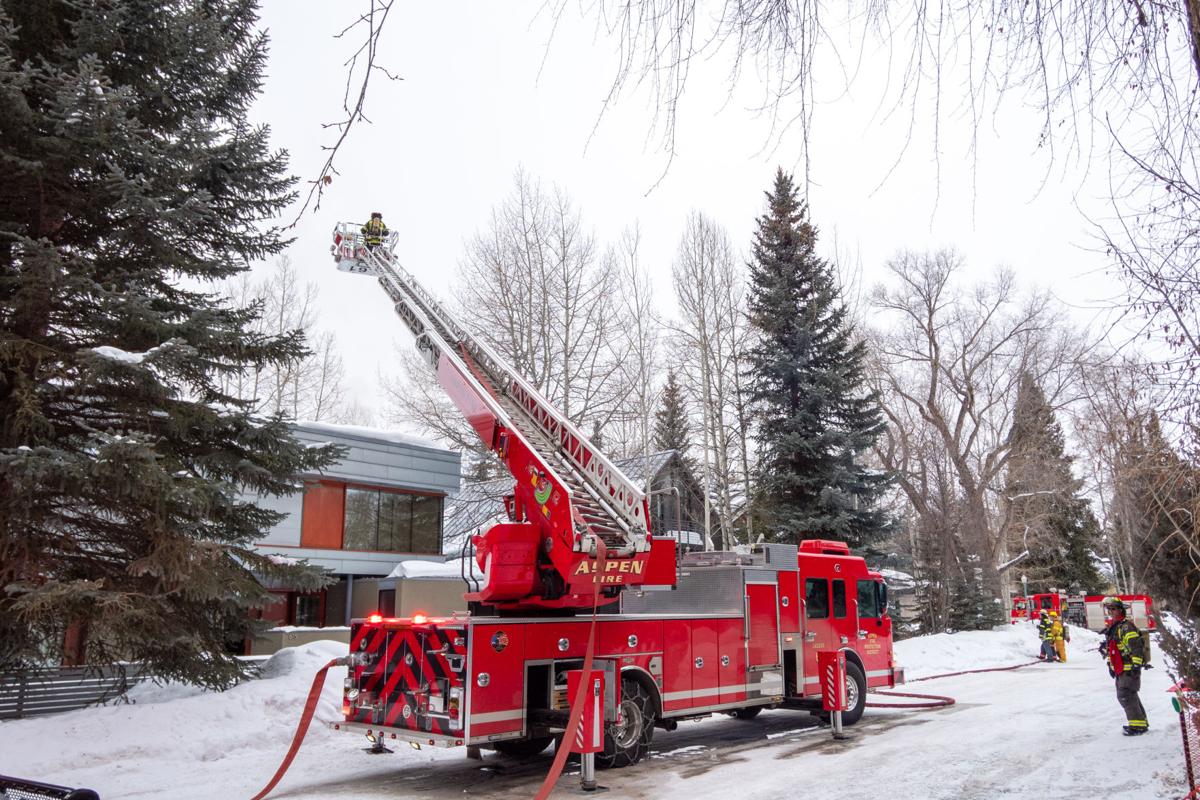 An Aspen Fire Department ladder truck is used to fight a garage fire at 621 W. Francis St. on Sunday morning.

A homeowner was injured on Sunday morning as a result of a gas explosion that caused a fire in the garage of a West End residence, Aspen Fire Chief Rick Balentine said.

The fire, at 621 W. Francis St., was extinguished within 90 minutes of authorities’ arrival just after 10:30 a.m., and did not spread to the main residence or other houses in the area, he said.

Balentine declined to name the homeowner and an Aspen Fire Department news release only lists the injured man’s age, which is 76. Pitkin County Assessor’s Office records show the house is owned by Robert C. Cook.

The homeowner, who was in the garage at the time of the explosion, was taken by ambulance to Aspen Valley Hospital and then airlifted to a Denver hospital. The extent of his injuries were not known as of press time.

“My understanding was that there was a gas leak, and the homeowner was in the garage when the gas exploded," Balentine said, later adding, “He was really lucky to survive the explosion. Hopefully he’s going to be OK.”

He said firefighters contained the fire to the garage, which was detached from the house. The fire was completely extinguished by noon.

A Pitkin County alert issued just before 11 a.m. said the Aspen Fire Department, along with other partner agencies, were on the scene of a structure fire.

“Heavy black smoke and possible flames will be visible on the West End,” the alert said.

By 11:30 a.m., Aspen police had blocked off the streets near the fire to traffic and pedestrians. Smoke and flames were no longer visible.

The release says the fire department responded with three fire engines, one ladder truck and one rescue unit, along with 17 firefighters. The Aspen Ambulance District, Aspen Police Department and Roaring Fork Fire Rescue also responded to the scene.

“When Aspen Fire Department crews arrived on scene, they reported heavy smoke and flames coming from the structure and employed defensive fire tactics to suppress the fire as the structure’s stability had been compromised,” the release states. “Aspen Fire requested a mutual-aid engine company from Roaring Fork Fire Rescue to help protect neighboring structures from flame and heat exposure.”

According to the release, the fire was quickly contained, and “crews worked diligently to extinguish all remaining hotspots.” The release says the fire was related to a natural gas leak that occurred when heavy snow and ice fell from the roof of the garage and damaged a natural gas meter below.

A fire marshal’s investigation is ongoing, and a final report will be released at its conclusion, the release says. A second person was treated by ambulance crews at the scene but was released without reported injury, the release states.

Also in the release, the Aspen Fire Department reminded all residents to check for and remove ice dams along their houses’ roof edges, “as they present significant danger to anything or anyone that they may fall on.”

In addition, if a gas meter is located in a location where it can be damaged by falling snow or ice, a protective cover should be installed above the meter.

“Please dig out all snow that may accumulate around a gas meter so that it can be located and accessed in an emergency,” the release concluded.