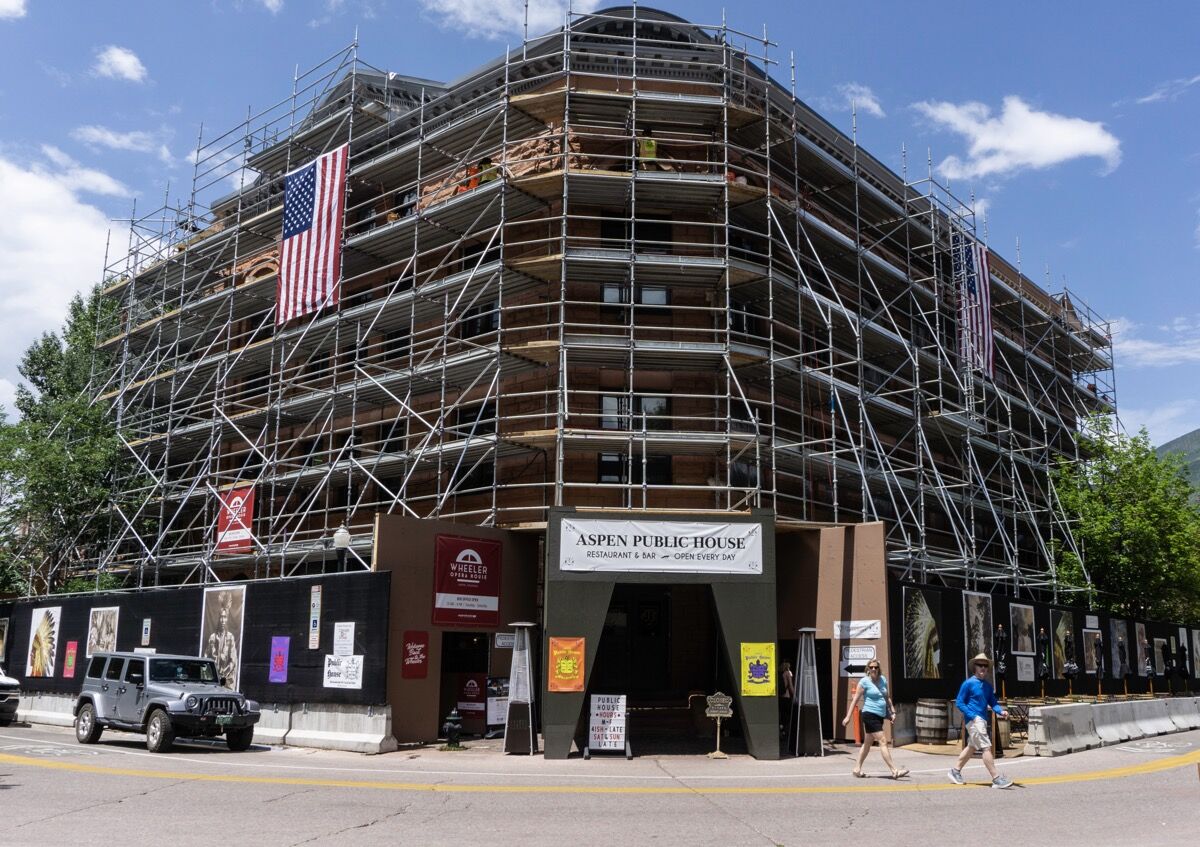 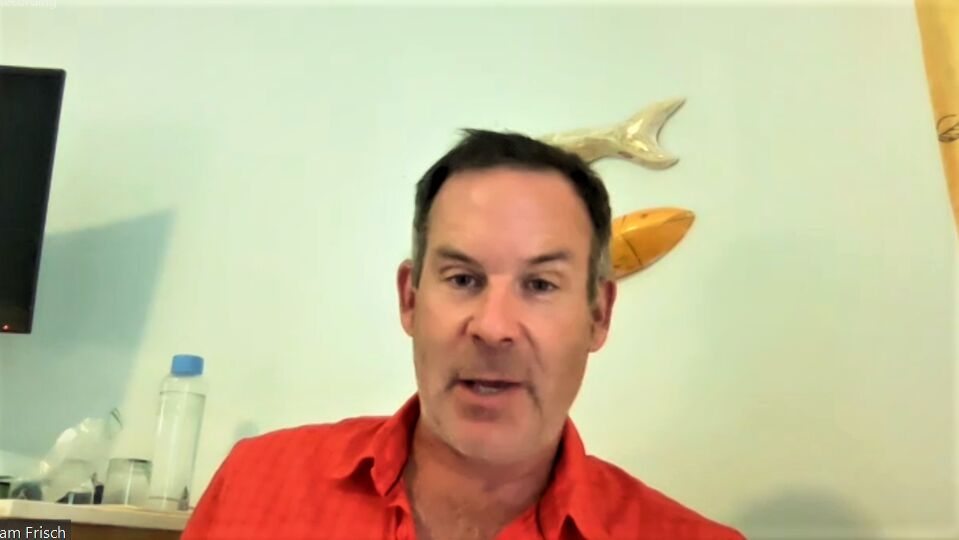 Former Aspen Councilman Adam Frisch speaks during a Wednesday online discussion on a petition drive to put an item on the fall ballot that would dedicate more Wheeler Opera House real estate transfer tax revenue to the arts.

Former Aspen Councilman Adam Frisch speaks during a Wednesday online discussion on a petition drive to put an item on the fall ballot that would dedicate more Wheeler Opera House real estate transfer tax revenue to the arts.

Aspen Mayor Torre said Wednesday that he expects a group of citizens to be successful in the effort to get enough signatures by Friday for a fall ballot item that seeks to divert more Wheeler Opera House real estate transfer tax funds to the arts.

The group wants 50% of future RETT revenue to go to arts and culture, which, given the existing real estate boom and projected trends over the coming years, translates to a few million dollars annually. The city currently has a balance of more than $39 million in its Wheeler RETT fund, which is derived through a 0.5% tax on Aspen real estate transactions.

There is an annual cap of $100,000 that can be spent by the city on cultural and arts organizations from the Wheeler fund. The petitioners are also seeking to remove that cap. Friday is the deadline for them to collect a minimum of 925 signatures from registered Aspen voters in order for the item to be placed on the Nov. 2 ballot.

“I think they should get it, I think they should succeed in that. I don’t see them failing to reach that [925-voter] threshold,” said Torre, who was speaking on the issue during a lunchtime discussion coordinated by the nonprofit speaker series Aspen Mastermind.

“My issue right now is that the suggestion of a 50-50 split really was done with no research behind it,” Torre said. “A 50-50 split, not knowing how the [revenue] forecast is going to play out, there is the potential that that would lead to a spend-down of Wheeler reserves — not something that I’m really looking forward to.”

Torre said he wants to ensure that the No. 1 priority for RETT funds dedicated by voters to the opera house continues to be for the opera house. While members of the group recently sought city support for Wheeler funds to be diverted to a renovation of the Aspen District Theatre, the group sponsoring the petition is “acting on its own,” not on behalf of the Aspen School District or any other organization, the mayor pointed out.

During the early stages of Wednesday’s online forum — which included former Councilman Adam Frisch and other community members who posed questions to Torre and Frisch — some background information was provided on the issue.

It was noted that in recent weeks, petition sponsors met behind the scenes with city officials to place a ballot item that would not only remove the cap on Wheeler funds that are diverted to the arts, but also would allocate future Wheeler funds toward a renovation of the Aspen District Theatre and the Black Box Theater. Both venues are located on the Aspen public schools campus.

Failing to get support from the city, they opted to pursue a citizen-initiated ballot item.

Frisch, who said he was speaking purely on his own behalf — his wife Katy is a member of the Aspen School District Board of Education — pointed out the great difficulty in making public policy changes, especially through citizen-led efforts that don’t have the backing of public officials. For the initiative to succeed, the approval of 60% of voters casting ballots on the issue would be required.

Frisch said he would prefer that community members and the city work together on ballot initiatives. Such collaborations stand a better chance at succeeding.

“I say [and said] even when I was on council, it’s a little bit of a failure when there are citizen petitions — but it doesn’t mean they are wrong or bad or not helpful for the community in the long haul,” he said.

As a council member, Frisch noted that he often brought up the idea of diverting more Wheeler RETT funds to the arts, but he did not have support from his council cohorts.

“I think the question is, is this arts money that started out focused within the four walls of a building, can it be [allocated in a better way]?” he said. “Every year on the council I argued, ‘yes,’ and every year I was ‘the Lone Ranger.’”

He pointed out that the entire arts community and its efforts — including programs funded by the city, nonprofits and the private sector — “are far and away one of the most important parts of Aspen being Aspen, especially in the summer.”

It’s hardly surprising, Frisch suggested, that there is a renewed effort to tap into the Wheeler RETT funds, given the large amounts of money that the fund is deriving from the real estate market.

“The market has gone bonkers, not just in the last two years, but if you look at the charts, over the past 20 or 30,” Frisch said. “I’m hopeful that from a community standpoint, we can widen the use of the funds.”

He added that the most difficult question for the community and policymakers to decide is, “How do you figure out where the money goes and how much does the Wheeler need?”

Both Torre and Frisch suggested that the citizen initiative might be more palatable if it contained language that diverted more Wheeler RETT funds to the arts community over a short period of time, such as five or 10 years, rather than for the remaining life of the fund, which sunsets in 2039. That way, the community could gauge the effect of the diversion on the Wheeler’s needs in a few years and make adjustments.

Torre noted that in recent months, council members have been discussing new uses for a portion of the Wheeler RETT funds, including day care support and infrastructure needs along with more money for arts and culture. Council, along with city officials, was studying the possibility of a ballot item when the citizen-led petition popped up, forcing the current discussion.

Wednesday’s Aspen Mastermind discussion was moderated by Aspen resident Richard Hodosh, M.D., a board member of the Liberty Science Center in New Jersey and former medical director of the Atlantic Brain and Spine Institute.