Update 8:30 a.m.: The fire is still active and zero percent contained, according to a Pitkin Alert.  All evacuation orders are still in place for Hillcrest, Silverado, Original, Pine Ridge, and Sagewood neighborhoods and the evacuation center is open at Basalt High School.

The evacuation of a western Basalt neighborhood has been ordered following a human-caused wildfire that broke out at the gun range near Lake Christine in Basalt on Tuesday evening.

Residents of the Original Road, Silverado Drive, Hillcrest Drive and Pineridge area were ordered to evacuate, according to a press release from the Carbondale & Rural Fire Protection district issued at 8:20 p.m.

Big and Little Pinyon areas, the Sagewood area and the area around the Church of Christ were under a pre-evacuation order. The fire had grown to about 50 to 60 acres as of 8:30 p.m. Tuesday, with roughly 80 homes threatened, according to a press release. Winds at around 8:30 p.m. had died down and the growth appeared to slow, according to Jessie Porter, spokesperson for the Eagle County Sheriff’s Office.

Two individuals were cited for their involvement in starting the wildfire, Porter said.

While it is not illegal under the current fire ban to shoot a firearm, anyone who starts a wildfire can be held liable, said Porter, who could not confirm specific charges or details of how the fire is believed to have started. Fire department officials stated in a press release that the individuals were shooting “tracer rounds.”

“I can’t say if they were shooting exploding targets because that has not been confirmed, but I can say it is illegal to shoot them,” Porter said.

Basalt Town Manager Ryan Mahoney said at 8:30 p.m. that the Red Cross was working on setting up a shelter for evacuees, potentially at the high school.

He added that he reached out on Monday to Colorado Parks and Wildlife officials, who manage the range and the surrounding state wildlife area, to discuss closing the facility, given the extreme fire danger and standing bans on all open flames. Local fire chiefs made a similar request last week, he said.

As winds died down approaching 8 p.m. Tuesday, the fire, which earlier was moving quickly up the hillside, appeared to be slowing down.

Mahoney said he was not aware of any structures that were involved in the blaze.

Mahoney credited local fire agencies, which have been coordinating in preparation for an incident such as Tuesday’s, with mounting a quick response. Getting water drops from a helicopter in a short time after the fire broke out was likely a critical step, he said.

The fire may have damaged a power line and cut off power to areas in the valley.

Two Rivers Road to downtown Basalt was closed to traffic in both directions. 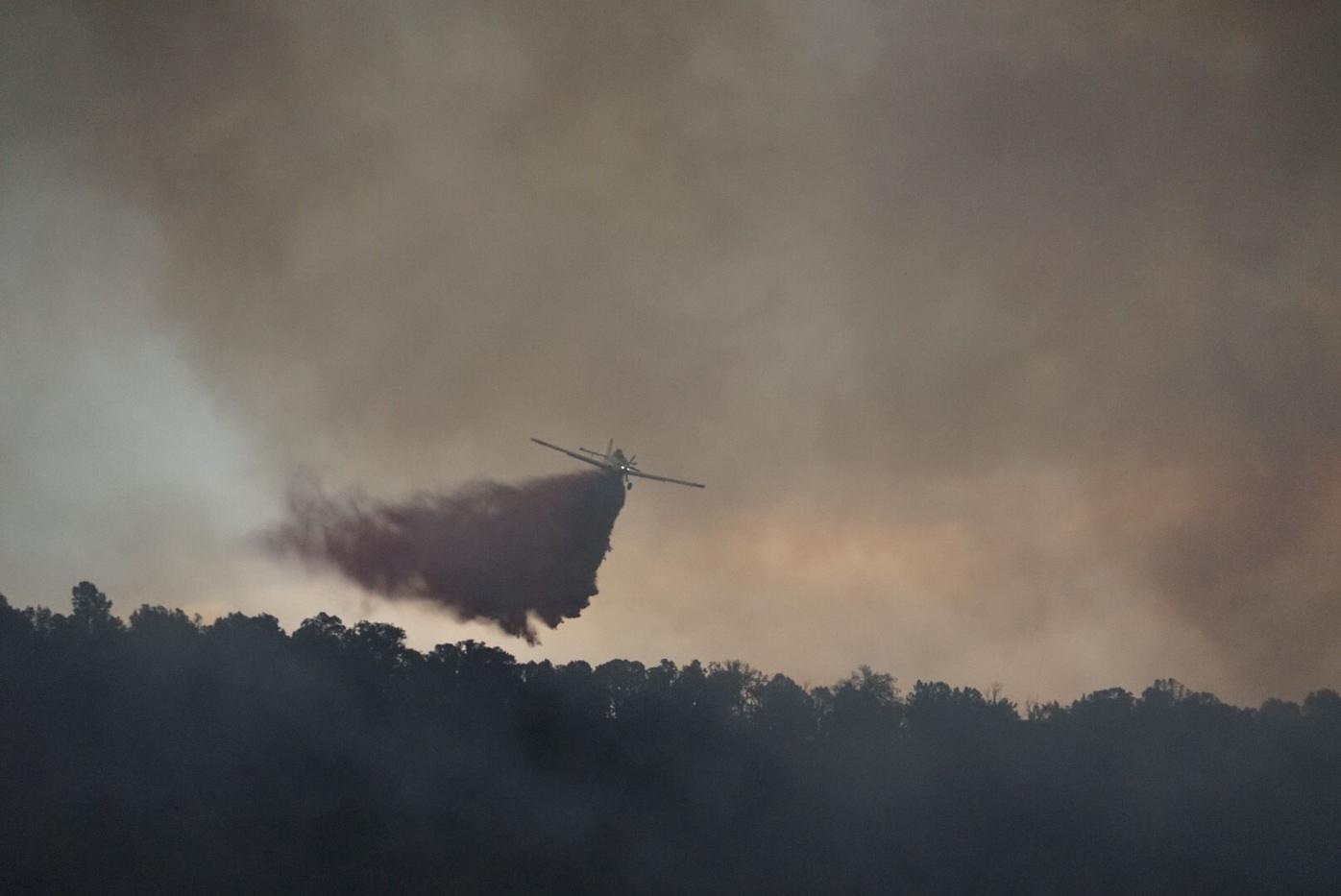 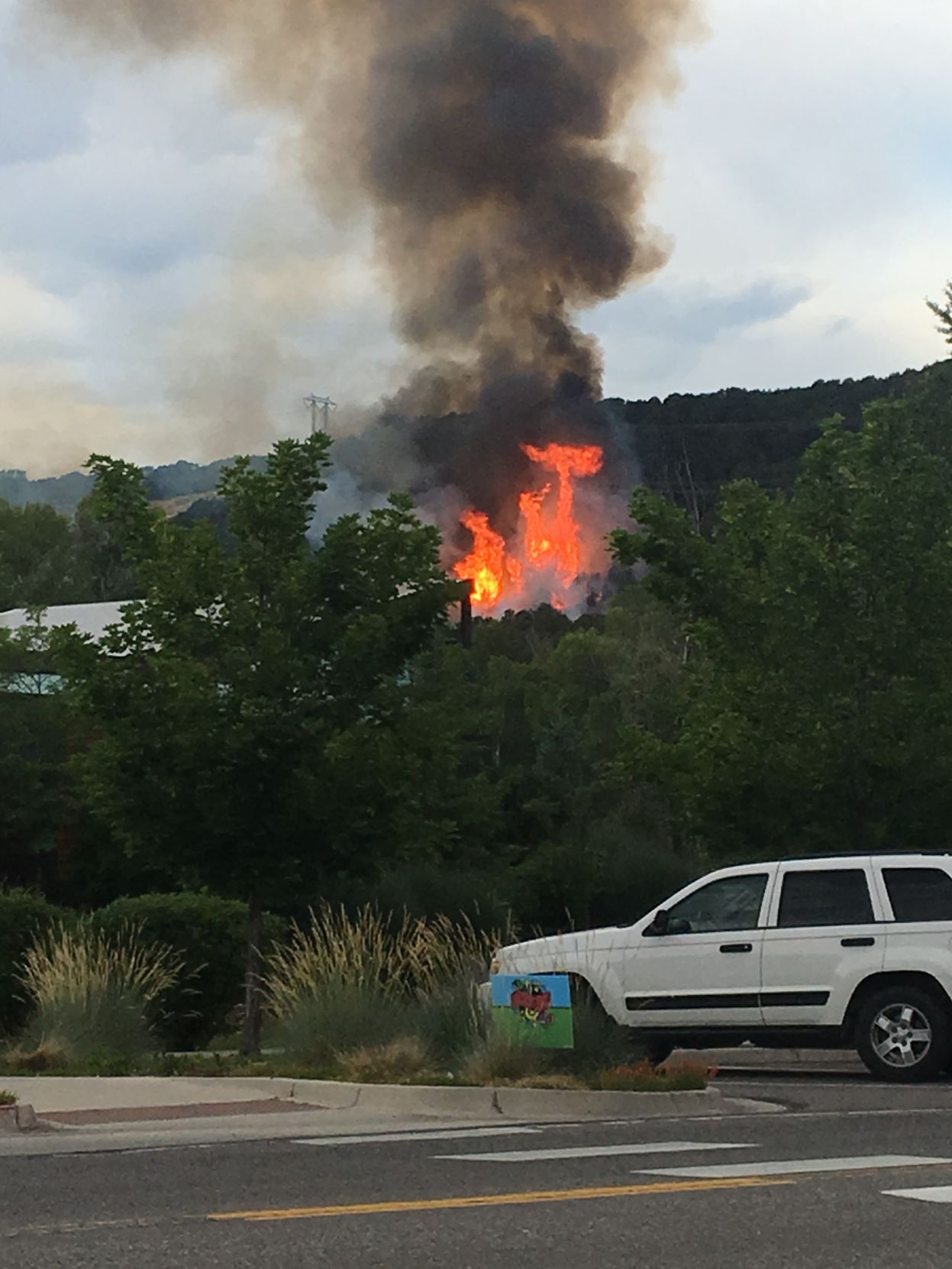 A fire near Lake Christine may force evacuations. 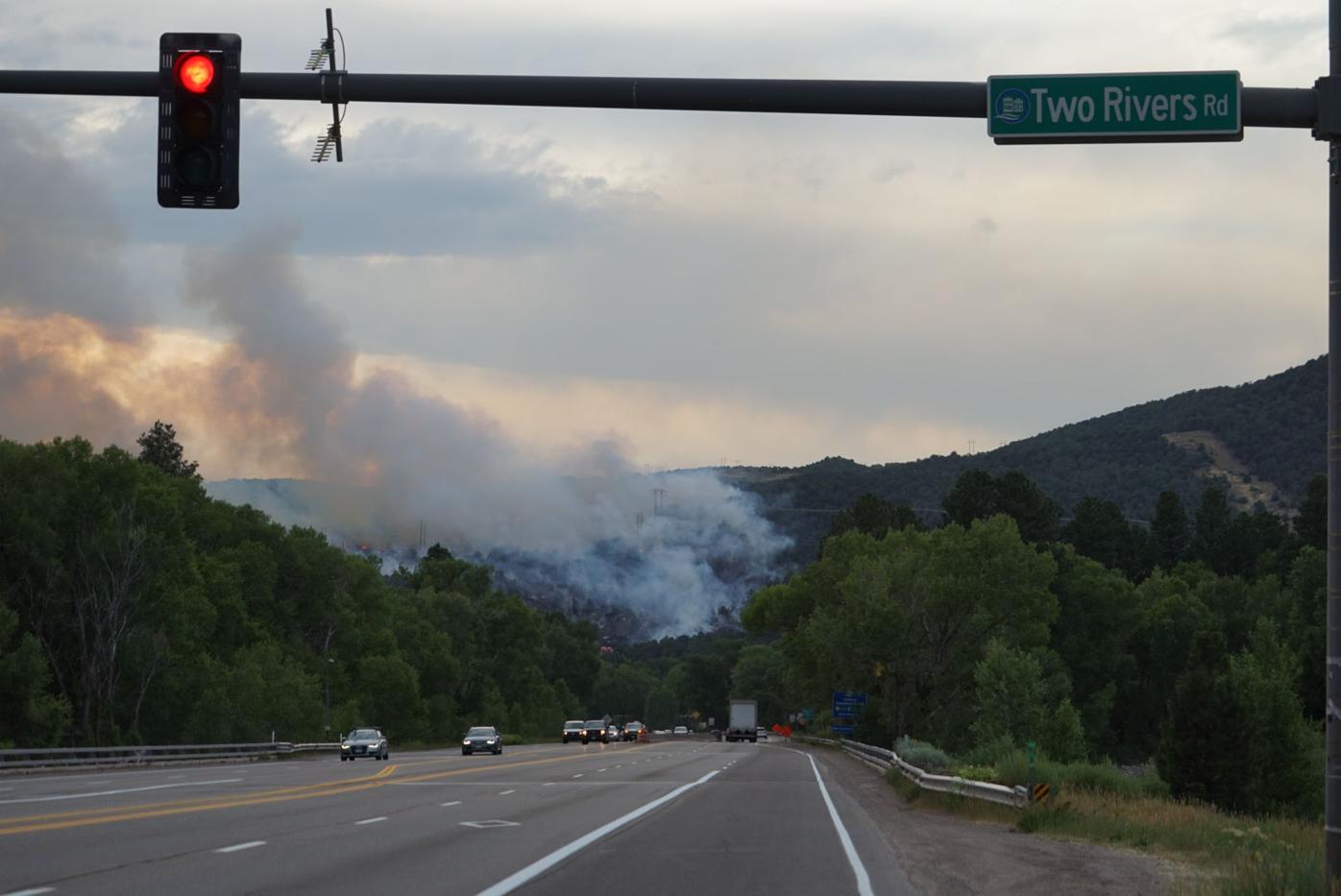 A wildfire is burning in Basalt near Lake Christine. 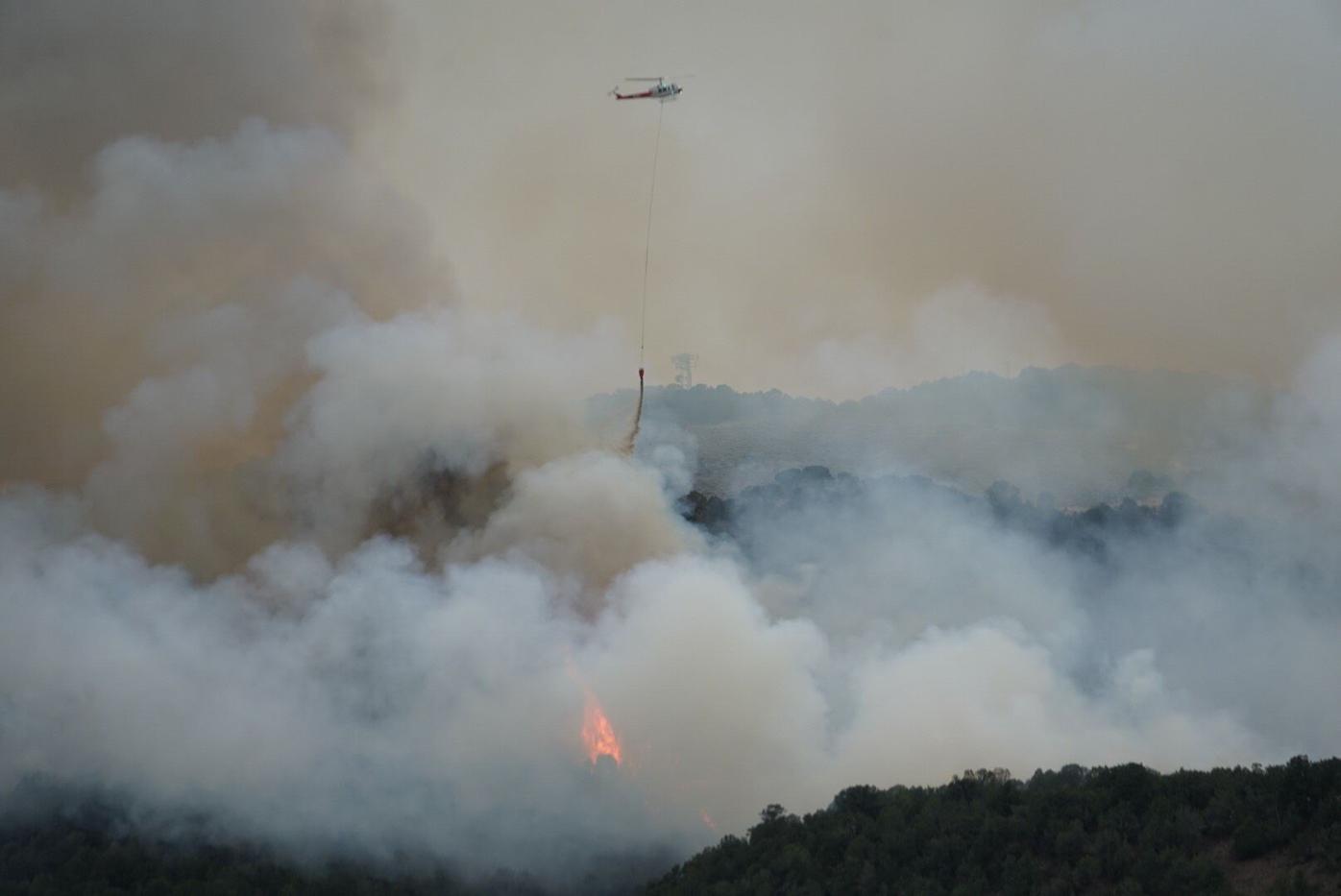 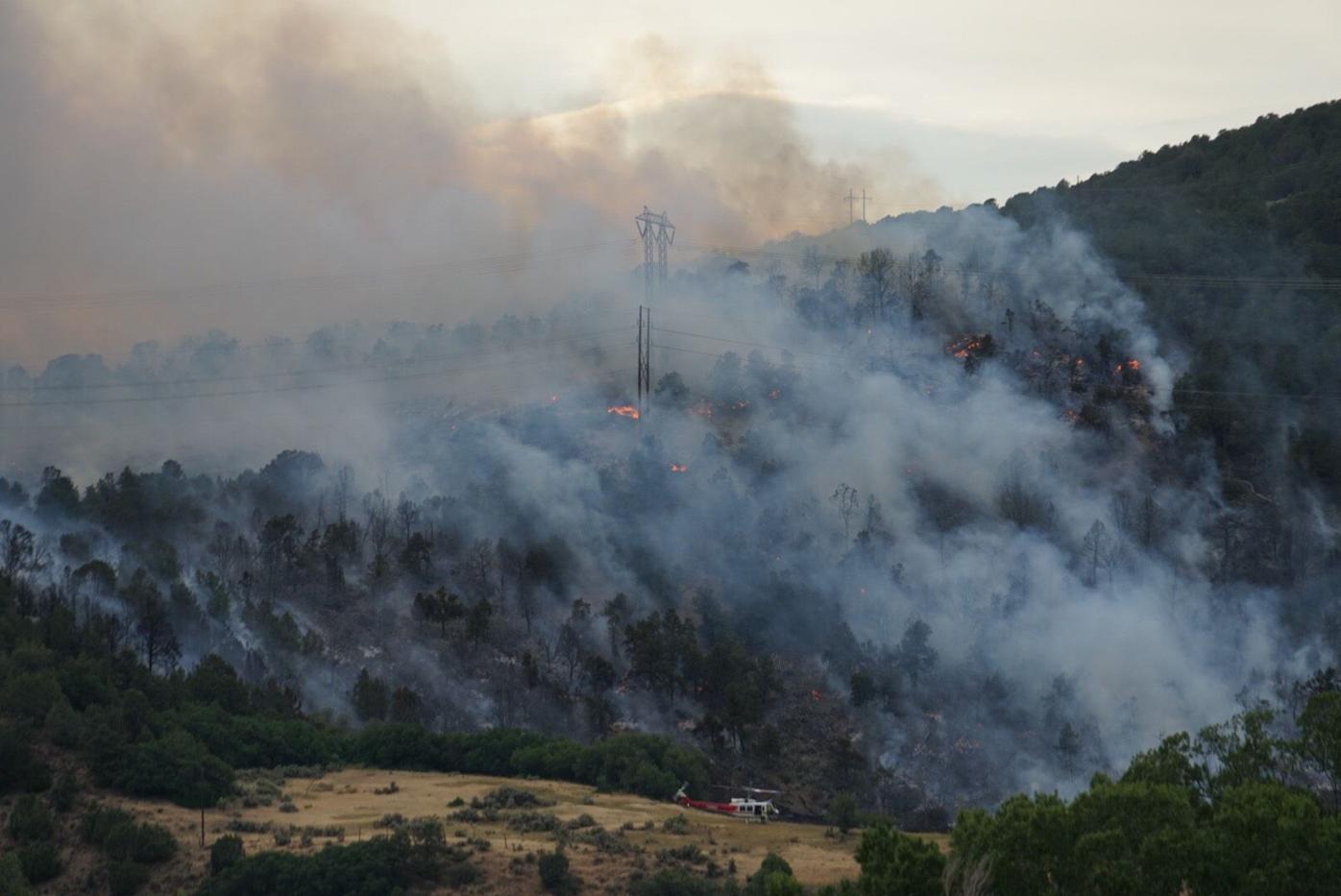 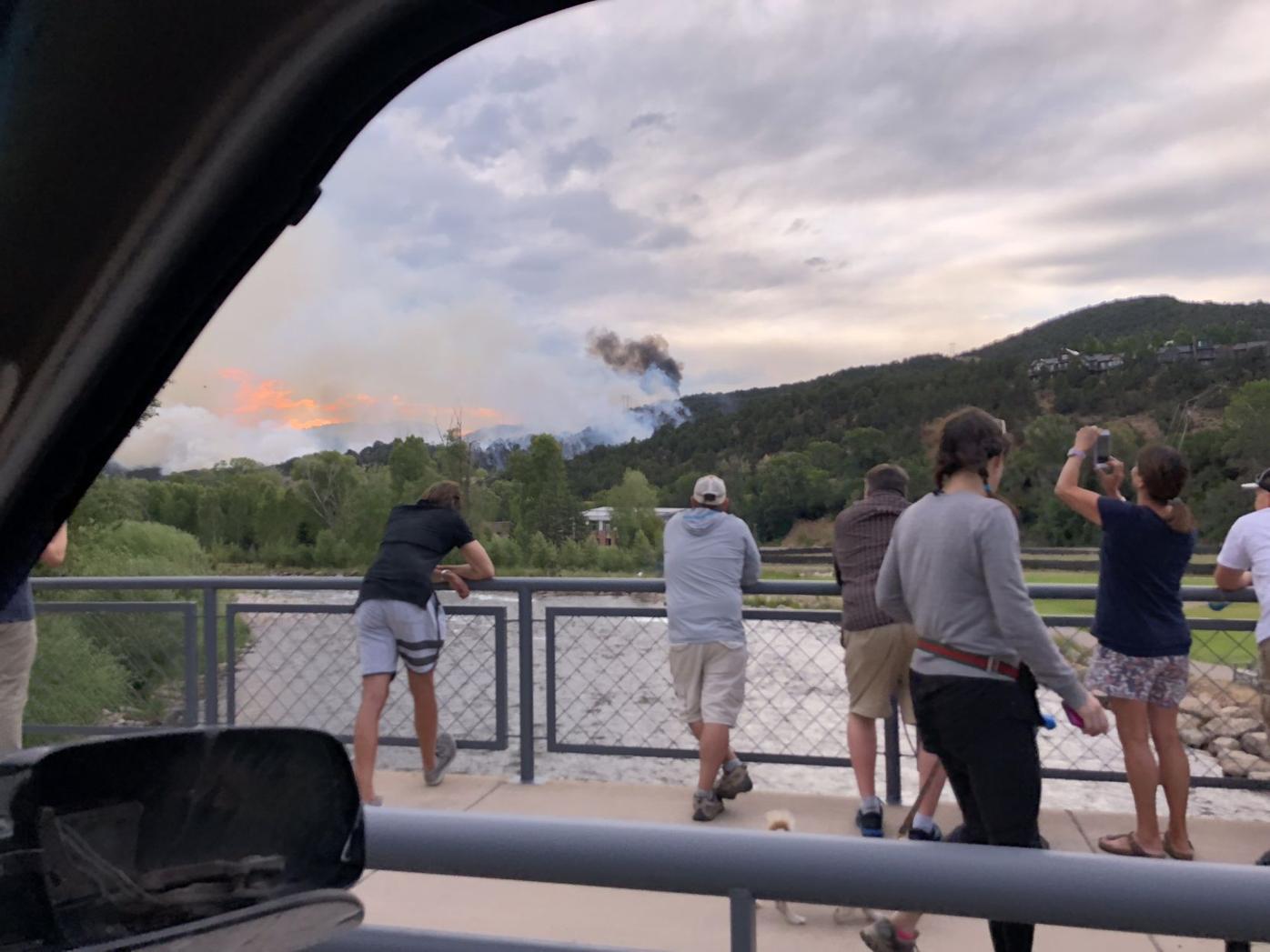 Fire near Lake Christine in Basalt

A fire near Lake Christine may force evacuations.

A wildfire is burning in Basalt near Lake Christine.