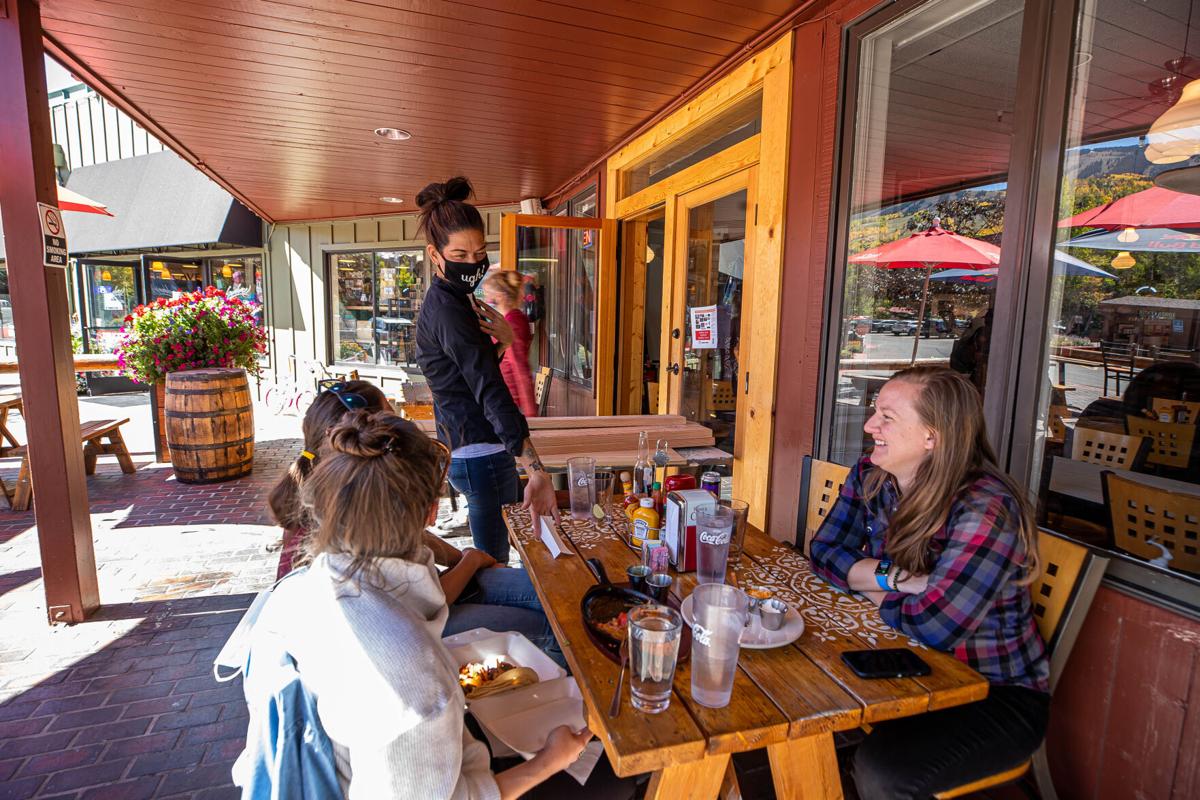 The deck of the Daly Diner in Snowmass Village has welcomed patrons for years under different owners. 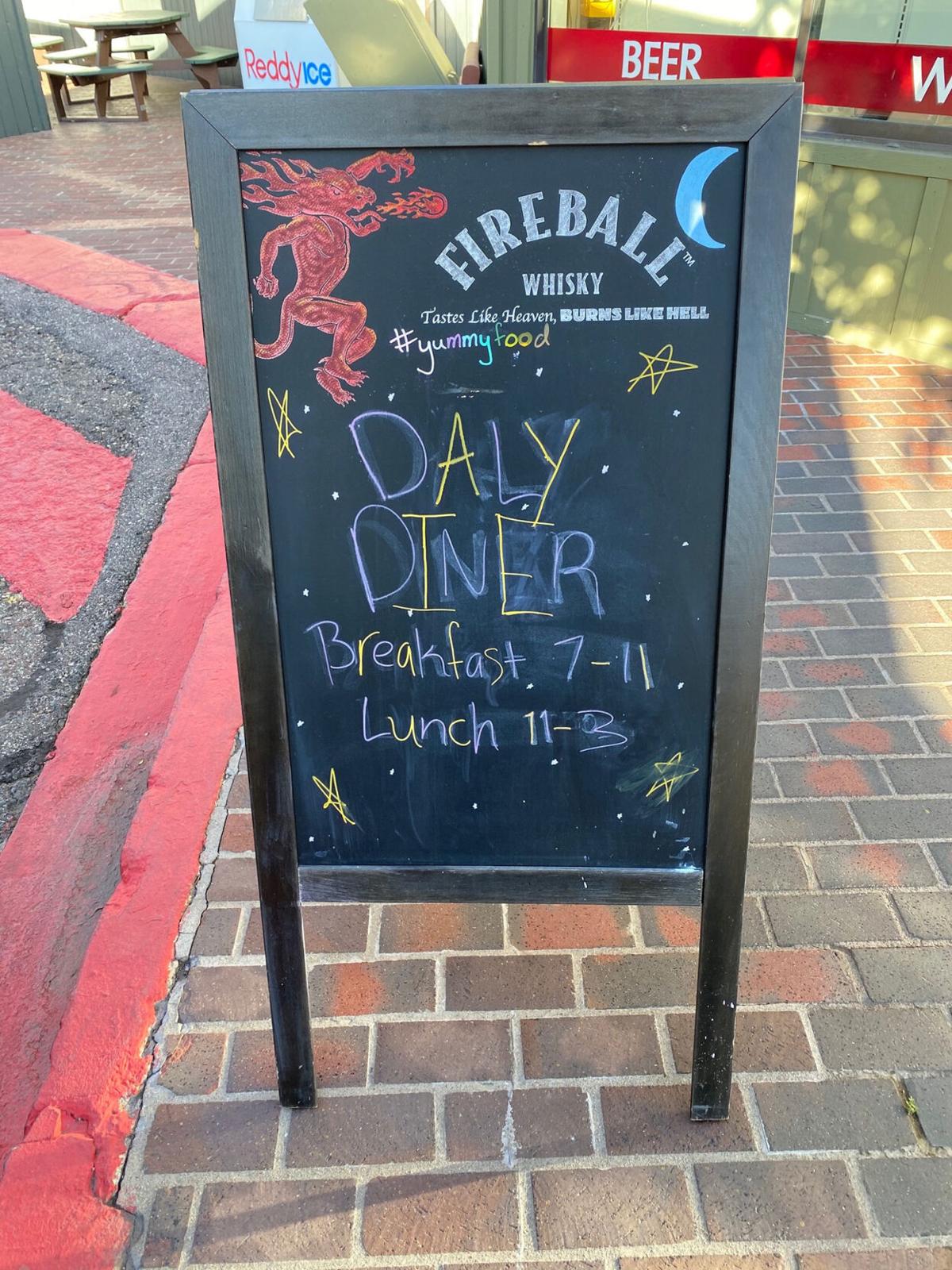 Breakfast and lunch are served up daily at the Daly. Dinner is on the horizon for winter. 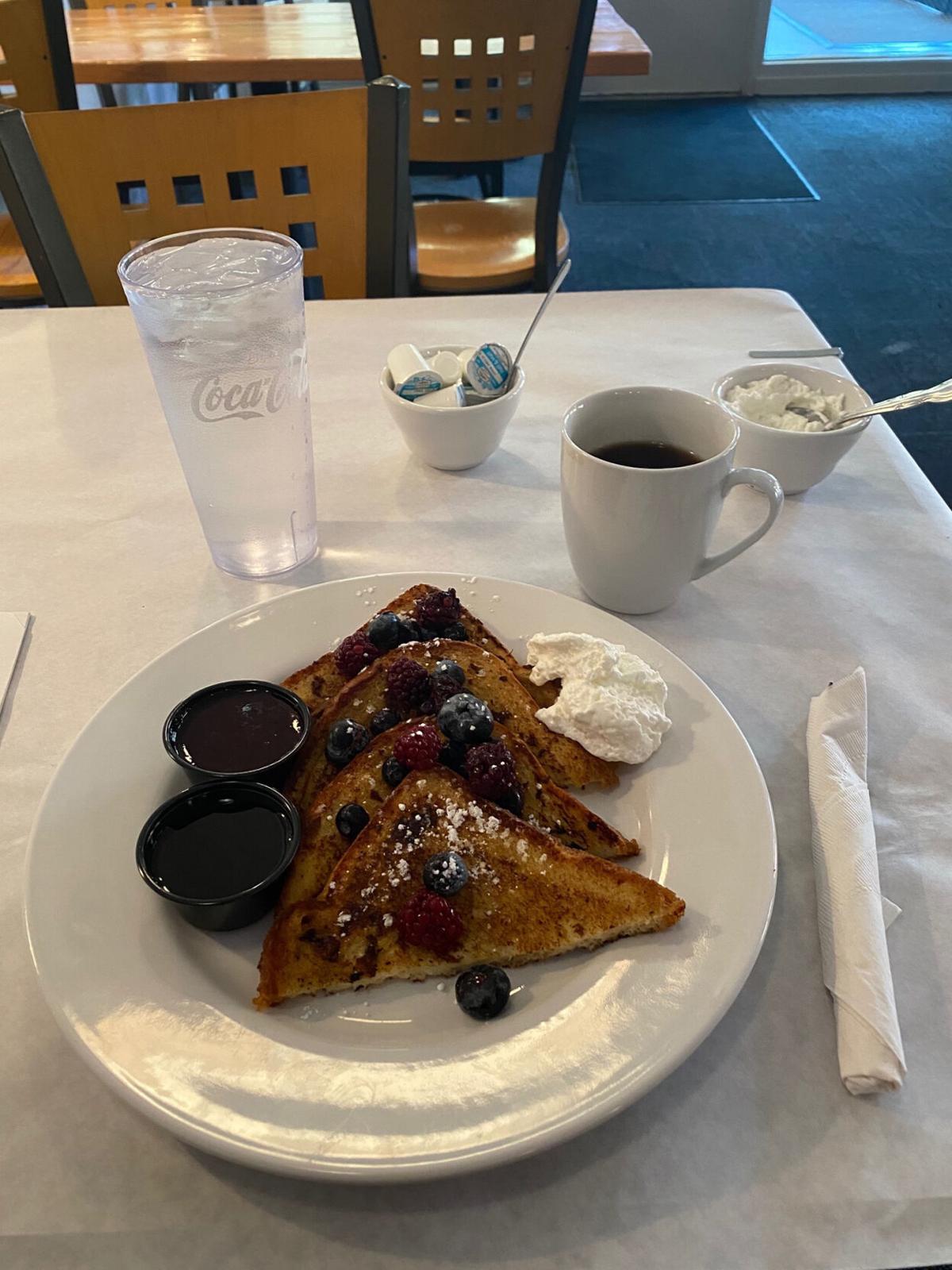 French toast gets a thumbs-up from a discerning diner.

I’m not much of a fancy breakfast eater. The exceptions are the several times a year I am having a breakfast meeting in a restaurant or I’m out of town traveling. So walking into the Daly Diner, the ­breakfast and lunch restaurant that opened this fall at Snowmass Center, I was a bit skeptical.

Tucked between Clark’s Market and Sundance Liquor, the location has had a number of restaurants in that spot over the years with different owners and different food concepts, most of them relying upon a thirsty afternoon-beer or après-ski crowd.

I was immediately pleased to find a much brighter and fresher-looking restaurant than in the past, with about 10 indoor newly sanded and varnished tables and new chairs, and a handful of picnic tables on the patio outside. Much of the work was done by one of the owners, Heather Huber.

Even before I could settle into my chair a kind voice asks, “May I bring you some coffee?” Kaisha, my server, has enjoyed Snowmass since 1999, and we chat about changes in the village as she pours me a cup of very good coffee, which I am picky about, and gives me a menu.

Huber and Stacy Forster co-own the Daly Diner, which opened for breakfast and lunch in September. The pair also are partners in the nearby Snowmass institution Taster’s, and they have been business colleagues since 2007.

Scanning the menu, I settle on French toast with fresh berries, and Keisha is off to talk to the kitchen.

When the pandemic forced the previous restaurant owner to give up the space, the Snowmass Center owners, Eastwood Investments, approached Forster and Huber about the lease, noting that it might be good for them to consider that because of the Snowmass Center’s pending redevelopment.

At that time, it was envisioned that the current location of Taster’s might be among the first sections of the center to be demolished. The idea was that Taster’s could move to the Daly Diner space, and then after the new Snowmass Center was redeveloped a Taster’s could open in a new location.

Pizza from Taster’s may be the best-known dining option in Snowmass since Forster opened the place in 2001. In 2008, he opened a Taster’s in Aspen which operated on Rio Grande Place in a city-owned building that was removed for redevelopment in 2019 to make way for a new Aspen City Hall.

“What was interesting is that the reason for both the new Daly Diner and the Aspen location of Taster’s was because of redevelopment of the Snowmass Center,” explained Forster.

Before the Great Recession hit in 2008, Related WestPac owned the Snowmass Center and negotiated with several owners about buyouts of their leases in order to move ahead with redevelopment at that time.

The Wildcat Cafe and their breakfast fare at the Snowmass Center went away with Related’s buyout. Forster did not take Related’s offer for Taster’s, but he did open the aforementioned second Taster’s location in Aspen.

When breakfast arrives, Keisha slides a plate of crispy French toast topped with fresh blueberries and raspberries in front of me. On the side I have warm maple syrup and homemade berry syrup. It also comes with whipped cream that I didn’t use.

The edges of the French toast are crisp to perfection, and I am ­immediately a happy camper as I nod my pleasure to Keisha as I eat, looking across the top of Alpine Bank at the sunny base of Assay Hill.

Forster doesn’t envision having another Taster’s in Aspen because of the lack of affordability for a new location there. He and Huber are focused on expanding the Daly Diner’s operating hours and their menu offerings.

“Right now we are open from 7 a.m. to 3 p.m.,” Huber says as she wrestles an excited baby son that is hungry for his own breakfast.

Both a menu and an expansion of hours are expected heading into winter. For now, the two restaurants within 50 yards of each other in the Snowmass Center are plenty.

“Another reason to have the Daly Diner now is that when we reopen in a new Snowmass Center that is redeveloped and shiny and new, we’ll be moving into restaurant that is more full service than Taster’s, and this kind of allows us to expand our menu abilities and hopefully at the end the new place will be a marriage of Taster’s and Daly Diner,” Forster says.