The lift was among the first generation of high-speed detachable quad lift but it has reached the end of its operational life, according to the decision notice from Forest Supervisor Scott Fitzwilliams. SkiCo is planning to replace the lift in summer 2020.

“That is our intent,” spokesman Jeff Hanle said Thursday.

Hanle added that, though the approval allows for a retractable bubble shield to be installed with each chair, the company is no longer considering that option. 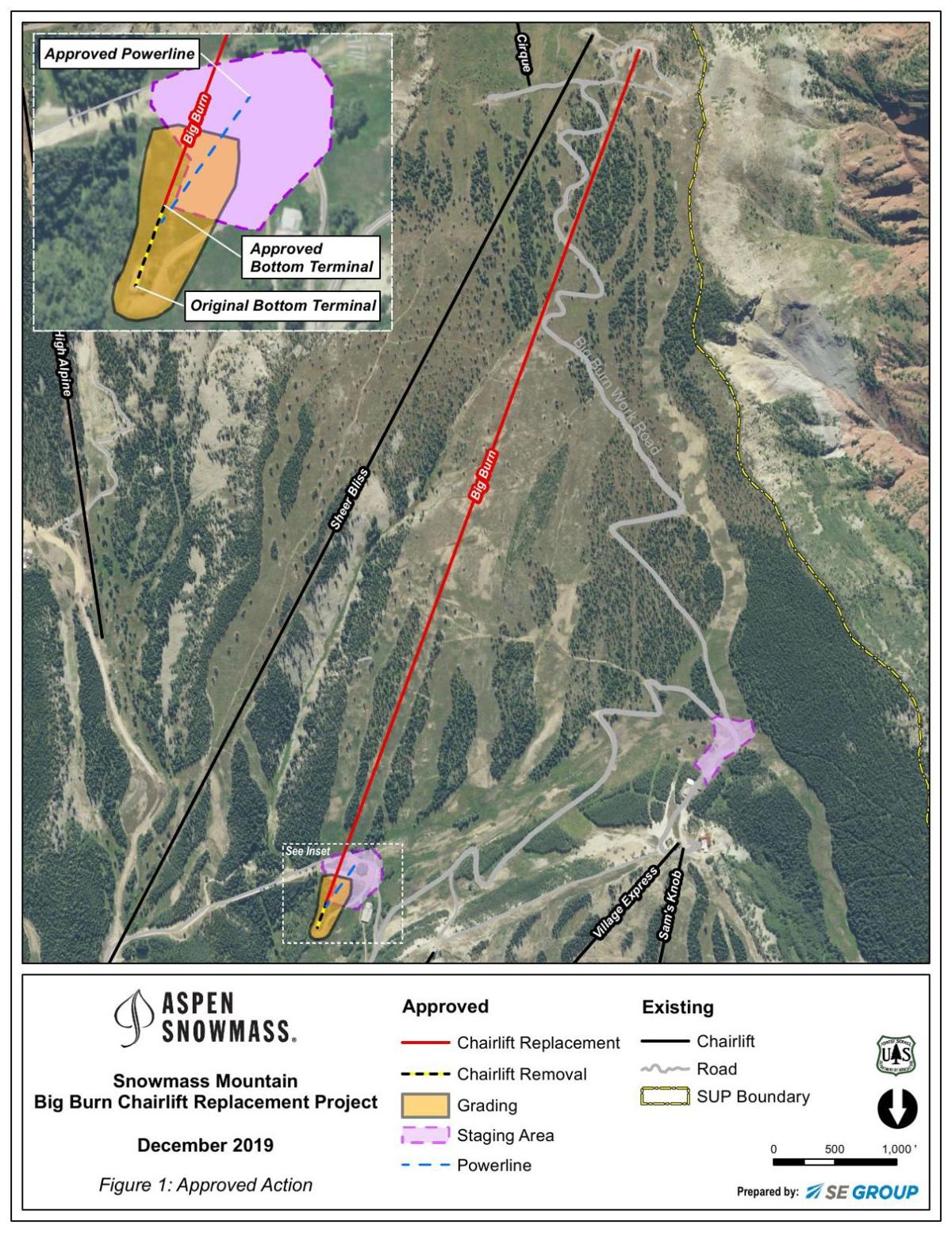 The Big Burn accesses some of Snowmass’ best-regarded intermediate terrain. It has frequently been out of service in recent seasons, and when that happened, the terrain could only be accessed via the nearby Sheer Bliss lift.

“The purpose of the approved project is to replace the existing Big Burn chairlift, which is nearing the end of its operational lifetime after 33 years of use,” says the decision notice, issued on Dec. 20. “There is a need for the project because the existing lift can no longer provide reliable and consistent access to popular intermediate terrain at Snowmass.”

Kevin Warner, district ranger for the Aspen-Sopris Ranger District, said in a statement issued Thursday that “the Big Burn area is some of the best skiing and riding at Snowmass. Guests will continue to enjoy the terrain while utilizing new lift technologies that will make for a great ride to the top.”

The new lift’s loading area will be roughly 250 feet uphill from the existing lift, while the upper terminal will be in the same place. The lift would be roughly 7,400 feet long with a vertical rise of about 1,900 feet