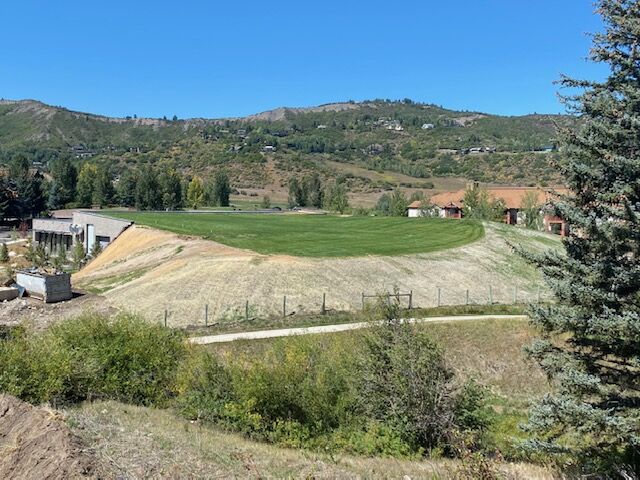 Snowmass’ new $27-million-plus water and sanitation facility, seen from Highline Road, has a sod roof, which allows it to better blend in with the neighborhood. Most of the facility is underground. 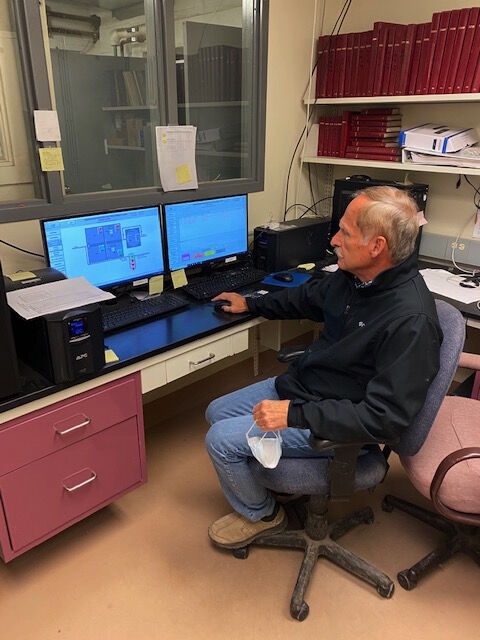 Snowmass’ new $27-million-plus water and sanitation facility, seen from Highline Road, has a sod roof, which allows it to better blend in with the neighborhood. Most of the facility is underground.

New parents are proud when showing off a baby, and right now there is no one more proud in Snowmass Village than Kit Hamby, district manager for the Snowmass Water and Sanitation District (SWSD).

The district’s new, $27 million-plus wastewater treatment facility is nearing the end of its finishing touches after a three-year construction process. A ribbon-cutting ceremony for the new plant is tentatively set for Thursday.

Financed by a mill levy approved by the SWSD’s voters in May 2016, the facility was completed in March, whereupon the old plant was retrofitted to work in tandem with the new plant. Now, both facilities are online and working as designed, according to Hamby.

Some $23.3 million in bonds were sold for the project; the additional $4 million for the retrofitting of the old wastewater plant was financed through development-fee revenue from Snowmass construction projects, the district manager said.

In a tour of the new plant last week, Hamby beamed with pride as he described the reasons for the new plant, the complicated construction process of integrating the two plants and how SWSD employees accomplished retrofitting the old plant themselves.

“Most communities don’t take pride in their sewage treatment plant, but Snowmass really should because it was a really cool project.”

While the plant took three years to build, the actual work started in 2013 when SGM, the Glenwood Springs-based company of consulting engineers, began talking to SWSD about new regulations that had recently been passed in 2012 in Colorado to reduce nutrient pollution in lakes, rivers and streams.

Regulation 85 by the Colorado Department of Public Health and Environment regulates nutrient discharges such as nitrogen and phosphorus and requires wastewater treatment plants to reduce both substances in the water that they discharge.

In the beginning, SGM and SWSD considered retrofitting the existing SWSD wastewater plant that was originally constructed in 1968 after the Snowmass ski area opened and then modified since then with additional construction.

A challenge for SWSD and the design and construction companies working on the new plant was the fact that the existing wastewater plant had to remain in operation while the new one was being constructed in order for Snowmass to meet current water regulations.

Because of this, the project was built in phases over the three-year period.

“Both plants have to be run in tandem to make this work, so we first had to build this new plant and put it online,” explained Hamby.

“Once it was constructed, we took the old plant offline, retrofitting it with new equipment, but we also had to remove a lot of the equipment that was over there. Our own people did the retrofitting work so it is really extraordinary to me that the people that maintain the plant also took responsibility to build basically a new plant inside,” he said.

Chad Paulson is the lead design engineer for SGM and has been involved in the design and building of Snowmass’ new plant since 2013.

“After looking at retrofitting the existing Snowmass facility, it was decided in probably 2015 that there were going to be significant modifications to the existing plant, and we began discussing a new plant,” Paulson said.

“It’s kind of like buying a new car, there are different options, different ways to go about solving the same problem. The one that seemed to make the most sense was a new plant,” he said.

RN Civil Construction had to drain the existing wastewater pond that was on the site of the new plant, and then excavate deep enough to construct a 44,000-square-foot building that is mainly underground.

The roof of the new wastewater plant is covered in sod grass to make the plant blend in with the existing residential neighborhood next door.

Hamby noted that the new plant is one of only two underground plants in Colorado that are covered in this way, and that it is rare. This type of environmental sustainability had its own challenges.

“During the design phase we spent a lot of time trying to help obscure the building,” explained Paulson.

“Structurally all that dirt on top of the building makes a difference and was one of our challenges. It does have an aesthetic side, but you spend more on structural reinforcement. To have the grass you have to have water and then you have to figure out how to keep the water out of the building, so we ended up putting membranes on the roof to seal and contain the water,” he said.

Hamby pointed out the large new sections of 30-inch piping that link up different rooms in the new wastewater plant. According to construction manager Gallrein, handling and installing that piping took special consideration. The piping was cut into smaller lengths that could be managed. A four-foot section of the 30-inch pipe weighs around 6,000 pounds.

Wastewater treatment facilities have a well-deserved reputation for smelling bad, but walking through the new facility and looking at the large aeration tanks and skimming containers there is very little smell.

The new Snowmass wastewater plant is gravity fed, and while the building is not tilted, the facility’s design and its different machinery and processes move water and material through the plant mostly with gravity instead of pumping. Small pumps do carry some material from the new plant uphill to the old plant.

“The conventional wastewater plant is driven by a biological process that you are relying on,” said Gallrein. “Very specific bacteria grow in your aeration basins and they take care of the nutrient removal that you want. They’ll take out the nitrates, the phosphates and the ammonia in the process. It’s like a big chemistry set that you are trying to maintain.”

Walking through the many rooms and levels of the new plant, Hamby pointed out control systems, the large 30-inch piping that runs through the plant, large collecting machines, filters and other aspects of the building and the wastewater treatment process.

One of our first stops in the new wastewater plant is the large open-air collection tanks or aeration basins. Four basins currently hold water and each basin holds approximately 200,000 gallons of water. The air combined with the water promotes a certain type of bacteria growth that reduces nutrients that are not wanted, like phosphorus or nitrates.

Four other empty basins sit across a walkway from the basins holding water. They are not in use because they are not needed. During high seasons of the year when Snowmass is full, such as during the holidays or Fourth of July, those basins will also be needed and in use.

The new Snowmass wastewater plant has been designed to accommodate Snowmass for the next 20 years, including all future development during that time.

In a large room, a circular machine, a clarifier, that looks to be 30 feet tall, has an arm extending from its core with a skimming device attached on the end. This skimmer sweeps the surface of the water when the basin is full and collects grease and other substances off the top of the water.

While we most often think of what is flushed down our toilets there is also lots of grease from town restaurants mixed with sand, grit and other substances that need to be removed in the treatment process.

In the old wastewater plant, Hamby pointed out the retrofitting work done by SWSD employees over the last three months to make the old plant work in tandem with the new plant.

New, large 30-inch piping needed to be linked through the facility, concrete walls constructed, old machinery removed, new machines installed, and the large old aeration basins had to be covered and converted into new uses.

Like a proud father, Hamby gushed about the work his staff accomplished. In particular, he offered praise multiple times for Jason Fineran, SWSD’s wastewater treatment plant manager, who oversaw the retrofitting work, saving the district money in the process.

The new wastewater plant reduces nutrient discharges and will filter out phosphorus to 1 milligram per liter and nitrogen down to 11.4 milligrams per liter. Both results exceed Colorado’s existing limits for treatment plants.

Finishing touches on the new plant include completing the new administrative offices. That work is now being completed by the local construction firm RA Nelson.

So after seven years of talking, planning, analyzing, designing and construction, Snowmass Water and Sanitation District’s new wastewater plant is working as planned. Customers will probably not notice any results from the new wastewater treatment facility, but the water going into Brush Creek is engineered to be cleaner and safer now.