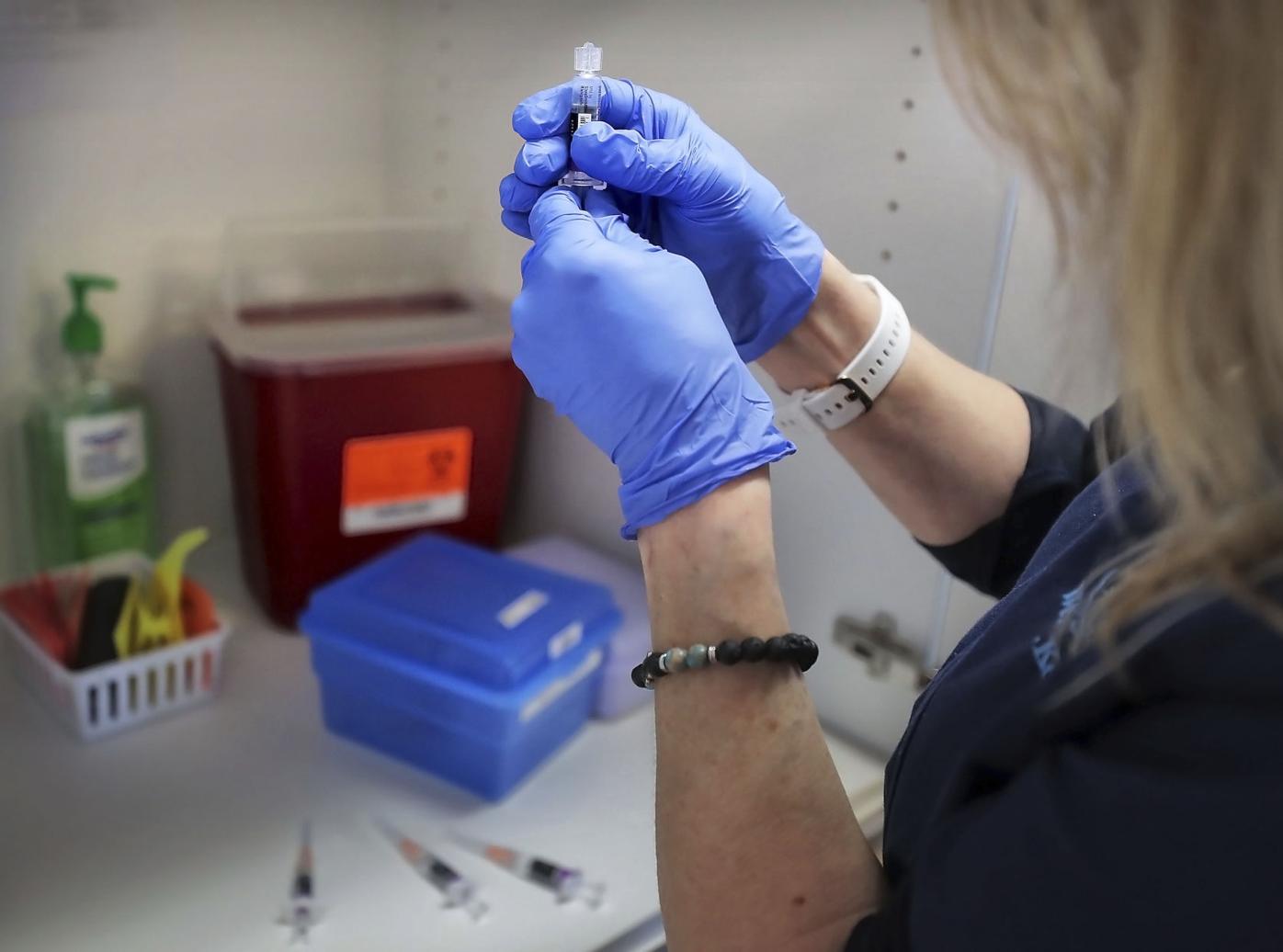 A flu shot is prepared at the Shot Nurse clinic in Cordova, Tennessee, in this photo from early 2019. Health officials say influenza is spreading rapidly across the region, state and nation. 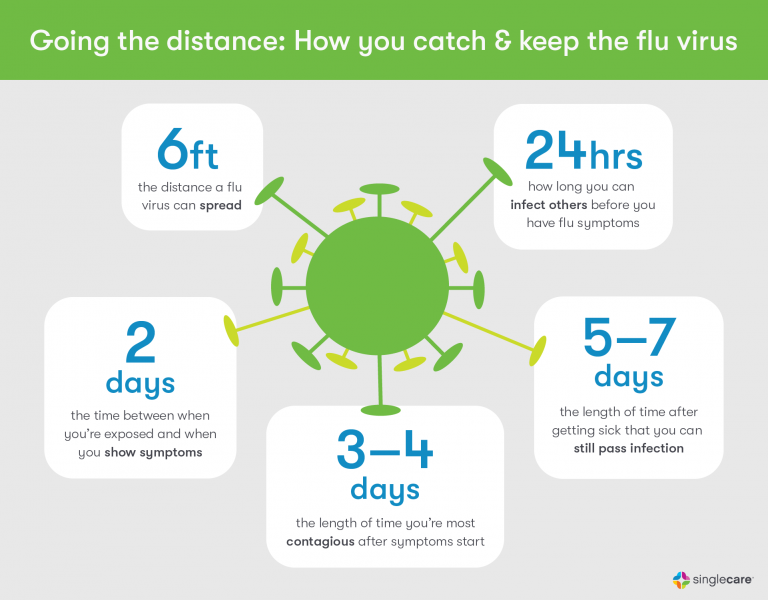 This graphic offers fast facts about how people catch and keep the flu virus.

A flu shot is prepared at the Shot Nurse clinic in Cordova, Tennessee, in this photo from early 2019. Health officials say influenza is spreading rapidly across the region, state and nation.

This graphic offers fast facts about how people catch and keep the flu virus.

The rate of people contracting the flu locally, across Colorado and nationally is rising rapidly, according to multiple health care sources.

“The geographic spread of influenza activity in the state of Colorado is widespread,” states the weekly Colorado Flu Report ending Jan. 4. The report is issued by the Colorado Department of Public Health and Environment.

The number of state hospitalizations related to the flu since the current season started on Sept. 29 was listed at 765, with 118 of those recorded in the week before Jan. 4. So far this season, no child deaths have been linked to the flu in Colorado. Flu season runs through May 16; it typically peaks in February.

Aspen Valley Hospital has recorded one influenza-related hospitalization and many cases of outpatient treatment at its emergency room and clinics in Snowmass Village and Basalt.

Last year at this time, the hospital also had recorded one local hospitalization related to the flu.

“However, as a community, we are inundated with influenza,” wrote Amy Carter, AVH infection prevention specialist, in an email responding to questions about the local flu situation.

According to Carter, local influenza cases as a percentage of the hospital’s patient population (including clinics) jumped from a low rate of 0.4 percent to 3.99 percent in the week before Christmas. In the week after Christmas, that figure jumped to 7.08 percent.

“With current stats not fully in, we are probably at or above 8 percent,” she wrote on Thursday.

“This flu season is taking off like none we have seen before, and it has hit hard. Flu is affecting all ages, especially the unvaccinated, and the very young and older populations are affected more severely,” Carter added.

The hospital has seen both the A and B influenza strains in its patients, similar to what health care providers and experts are reporting for Colorado and the U.S. Normally, the A strains strike first and the B strains follow later in the season, but that didn’t happen locally, according to Carter.

“This season we started out primarily seeing Flu B,” she wrote. “The week of the increase to 7 percent, we started to shift with Flu B as primary strain and Flu A on the rise. As of this week (currently), Flu A is starting to edge out Flu B slightly. Normally our first spike is of strain A.”

The Centers for Disease Control reported that as of the week ending Dec. 28, there have been 55,000 hospitalizations and 2,900 deaths, including 27 pediatric deaths, from the flu nationwide this season.

“Influenza activity is high nationally with outpatient visits for ILI [influenza-like illnesses] and the percentage of respiratory specimens testing positive for influenza at levels similar to what we have seen at the peak of recent seasons,” the CDC said.

It’s too early to tell how the current season will stack up against previous seasons. The 2017-18 flu season was considered particularly nasty, dominated by H3N2, an A strain for which the creation of an effective vaccine proved difficult. This year, like last year, the predominant A strain is H1N1, which is covered by this year’s common vaccine. What’s different this year is the early arrival of the B strain.

Carlyn Porter, emergency response and epidemiology administrator for Pitkin County Public Health, said she considers the current influenza season to be mild when compared with the last two, at least so far.

She said it was her understanding that the local hospitalization involved a downvalley resident, not someone who lives in Pitkin County.

“What I’m hearing now is primarily about Flu B,” she said. “Typically we start to see Flu B later in the season. We usually see Influenza A at the beginning of winter and sometimes have a little peak of Flu B in the spring. This year we’ve seen Flu B come a little earlier and we haven’t seen much Flu A at all.”

Influenza A is more often associated with epidemics and pandemics than Flu B, Porter said. “Flu B is not a fun thing to catch either, but ­generally, it’s less prone to spreading through the community like wildfire.”

Porter said this time of year she would expect to see a number of flu-related hospitalizations in neighboring counties, but that has yet to happen.

She advised those with flu-like symptoms to visit a professional health care provider to get tested for influenza. Also, it’s not too late to get this year’s vaccination, which is widely available through pharmacies and outpatient medical clinics in the Roaring Fork Valley. It takes a few weeks for the vaccine to become effective, though.

Aside from the flu, Porter said the “croup” — an upper respiratory infection that often originates from a common cold — has been making its presence known locally. It typically occurs in children and is characterized by obstructed breathing and a barking cough.

“People have definitely been catching colds and other viruses during the holiday season but it’s not necessarily the flu,” she said.

In other health news, Porter noted that in November there was a norovirus outbreak in Mesa County schools and at least one case was reported in the valley as well. Norovirus is considered a “stomach bug” that leads to extreme discomfort, with diarrhea and vomiting, but it tends to only last a day or two.

“The good news is that norovirus is really quick-moving,” Porter said. “People feel really miserable for about 24 hours. We didn’t see the same kind of spread that they had in Mesa County because we don’t have that kind of population density.”

Pitkin County Public Health reached out to local schools and day care facilities about procedures for handling the norovirus. If kids are in the vicinity of an affected child who is throwing up, it can spread to them quickly.

“All of our schools and child care facilities are really awesome about making sure that kids who are really sick aren’t coming to school, and that really helps prevent the spread as well,” Porter said.

Like with norovirus, experts advise that those who are experiencing flu-like symptoms should stay home from work or school to help prevent the spread of influenza.

Frequent hand-washing can reduce the risk of acquiring the flu and spreading the illness to others. Avoid touching the face, especially the eyes, nose or mouth.

Individuals battling the flu also are advised to cover the nose and mouth when sneezing and coughing to help keep others from contracting it. In addition, those with the flu should wear a mask when visiting public places or places where there are people who run a higher risk of catching it, such as the elderly or young children.

Should city council consider making the current parking spots designated as "carryout" a permanent fixture of the downtown parking mix?