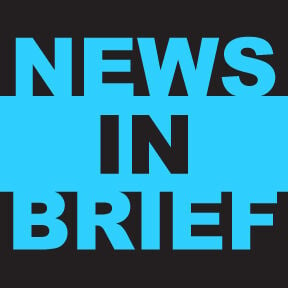 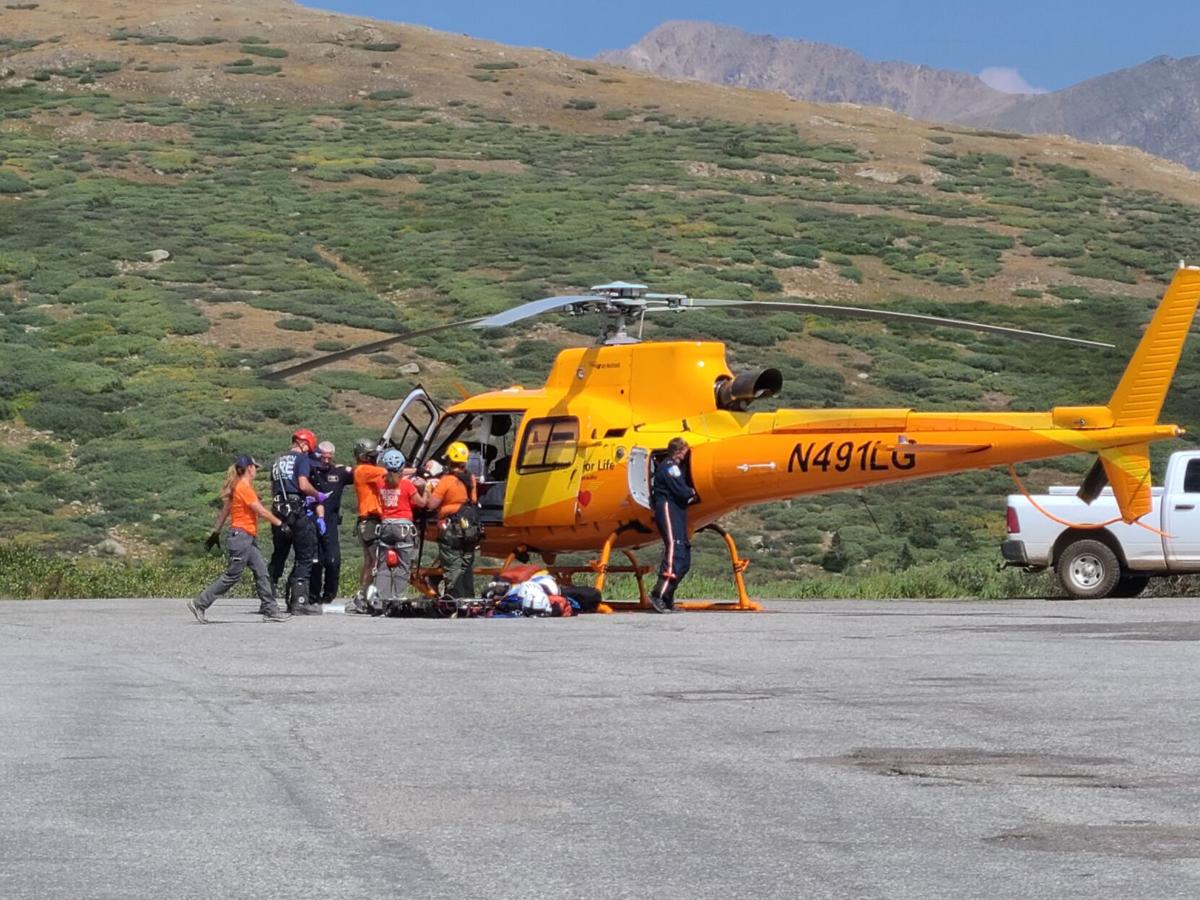 Medical crews at the summit of Independence Pass work to ensure that a woman who was critically injured in a Thursday night car crash is safely loaded into a Flight for Life helicopter. A Blackhawk scanned the crash site from several angles before going in over a ridge to retrieve another injured person from the car's wreckage. The rescue operation temporarily shut down Independence Pass on Friday afternoon.

Two injured in accident on Lake County side of Indy Pass

Two critically injured people were airlifted from Independence Pass to unknown destinations on Friday afternoon after being trapped overnight in a vehicle that had rolled 500 feet down the hillside, just past the summit in Lake County.

Emergency dispatchers received a call about the accident at around 11:20 a.m., a news release at 5:30 p.m. from the Pitkin County Sheriff’s Office says. Pitkin County deputies arrived on scene just after noon, making contact with a state trooper who was already there. Lake County authorities joined the operation shortly after.

“The vehicle was discovered just inside Lake County at mile marker 62 and off the roadway approximately 500 feet down the hillside. Initial reports indicate the vehicle had been in that position since the previous night,” the release states.

Two dozen agencies were involved in the rescue operation.

Independence Pass was closed in both directions from approximately 12:30 p.m. to 3:45 p.m., “in order to create a sterile environment for the three helicopters to operate safely, in addition to the numerous public safety personnel working at the scene,” the release notes.

“The Pitkin County Sheriff’s Office is grateful for the collaboration and partnership with not only our own Pitkin County public safety agencies but also our colleagues in Lake County, at the Colorado State Patrol and the Colorado Department of Transportation and all agencies listed below” the release adds.

A 28-year-old woman appeared in Pitkin County District Court Friday afternoon after being arrested Thursday evening for the alleged theft of more than $1 million — a class 2 felony — and second-degree burglary, a class 3 felony.

However, the district attorney’s office has not yet filed formal charges, and the arrest report was not available for public release Friday, as the investigation is ongoing and sensitive.

Eleanore Davis, of Grand Junction, was, as of Friday evening, still booked as an inmate at the Pitkin County Jail, where she is being held on a $100,000 cash surety bond.

Pitkin County Deputy District Attorney Don Nottingham, on Friday, lobbied to maintain the bond level, citing other cases in Garfield County in which Davis has failed to appear.

“[The Colorado Pretrial Assessment Tool] indicated she had 12 failures to appear in the last five years, and it looks like a number of them happened in 2020,” he told District Judge Chris Seldin via the virtually hosted advisement hearing. “While the bond does seem high, it is reflective of the amount stolen, which is over $5 million.”

Davis appeared in court via the video platform without an attorney. Seldin strongly encouraged her to seek arrangements for legal representation, either through private counsel or, if she qualifies, the public defender — which she currently does and will continue to, so long as she remains in custody.

But ultimately, the judge could not ignore the severity of the reasons for arrest.

“If the allegations are correct, they indicate paid theft that is not just casual or accidental or the result of a mental health issue or substance use issue,” Seldin said. “They instead suggest a calculated and possibly even professional scheme, which leaves the court with significant concerns about public safety. The allegations suggest a premeditated plan to take advantage of inside knowledge. The nature of the charges is very serious.”