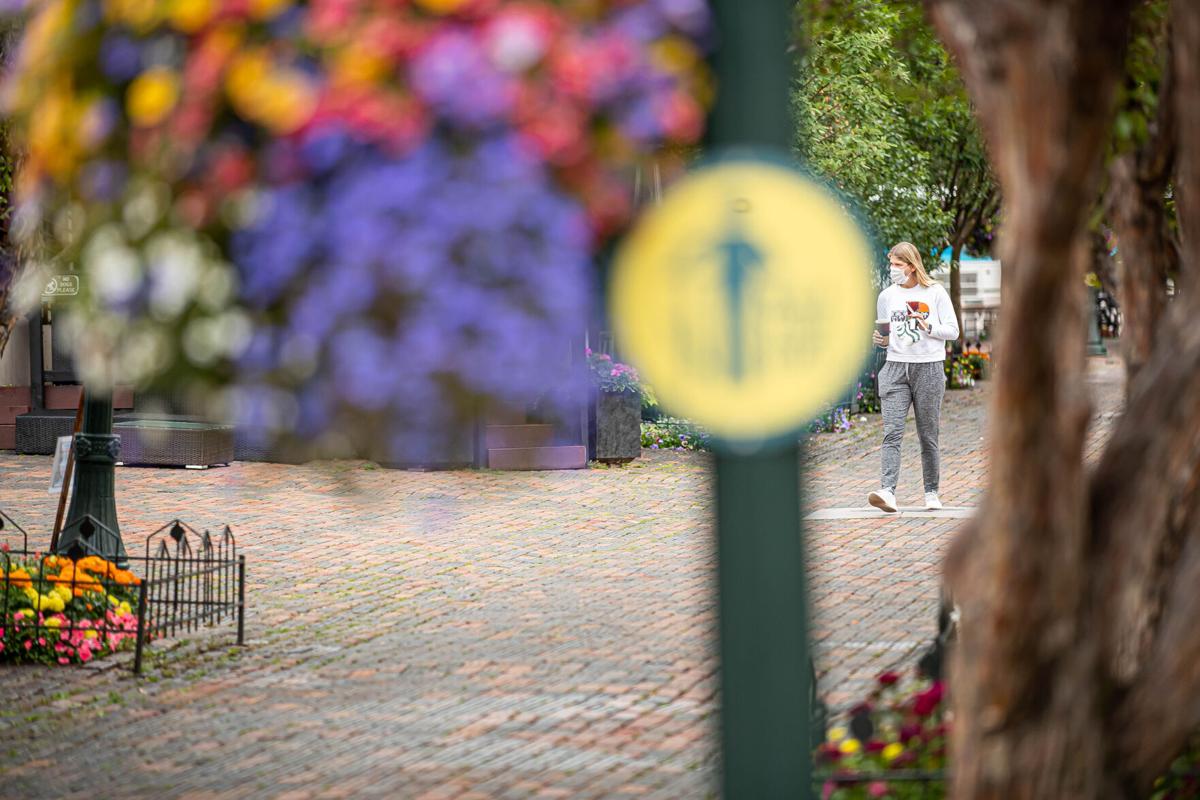 A young woman walks through the Aspen pedestrian mall on Tuesday morning wearing her mask. 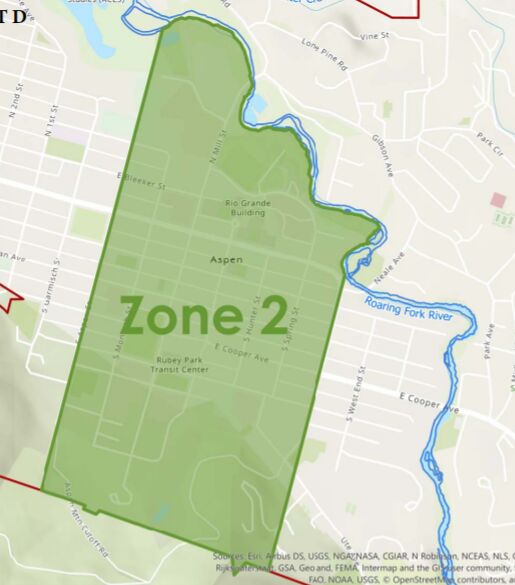 Aspen’s newly created mandatory mask zone is bordered by the base of Aspen Mountain to the south, the Roaring Fork River to the north, and Original Street and Aspen Street to the east and the west.

The creation of a mandatory mask zone that includes downtown streets and parks, as well as Aspen Highlands village, was passed unanimously through emergency ordinance Tuesday night by Aspen City Council. Beginning Friday, anyone in the designated zone will need to cover their face.

The mask zone is bordered by the base of Aspen Mountain to the south, the Roaring Fork River to the north, and Original Street and Aspen Street to the east and the west. Face coverings must be worn in all indoor and outdoor public spaces within the zone with the exemption of motor vehicles and while seated for dining. The same is true within the Aspen Highlands base and transit area.

Previous mask laws allowed for exceptions when people were able to maintain a six-foot distance from strangers, or were not in close proximity to others for more than 10 minutes, but both of those variances have been eliminated through the emergency update.

Aspen Mayor Torre said that he is proud of the increased mask requirements, just one of many decisions the council has had to make under emergency circumstances since the outbreak of COVID-19 this March.

“I keep waiting for some of these items to get easier and they just don’t,” he said.

Torre acknowledged the range of public sentiment, from those who don’t believe the city should be regulating mask wearing to those who believe the mandatory face covering zone should include the entire city limits.

“This is a middle ground that is actually going to be the most effective,” he said.

Councilmember Ann Mullins had pushed for the mask zone boundary to include the entire city of Aspen, but said she felt it was important for the ordinance to have unanimous support, so she gave an affirmative vote Tuesday night.

“It won't stop the transference of cases but I think it will substantially slow the virus,” she said.

Mullins said she was also swayed by information from Aspen Police Chief Richard Pryor, who presented to council during the first reading of the ordinance on Monday night. He said his patrol teams would not be able to redirect substantial efforts to mask compliance without sacrificing other law enforcement priorities.

Those found out of compliance with the law will be ticketed. Subsequent infractions could result in fines or jail time.

At the outset of Tuesday’s meeting, several members of the council dismissed the argument that mandatory face coverings is a government infringement. Councilmember Rachel Richards said that she does not believe personal freedoms outweigh public health.

“Your freedom stops at the edge of my freedoms,” Richards said. “Freedom has become a very selfish expression in our country.”

The city will be using a series of fliers, banners and automated electronic signaling to let the public know where the zone boundaries are, but the ordinance goes into effect prior to the majority of that infrastructure being set up.

The Friday start date coincides with the anticipated update to the standing Pitkin County public health order, which ends Friday. Last week, the board of health decided to eliminate the 10-minute rule on the broader mask requirements, and will be reducing the maximum gathering size for informal get-togethers from 50 to 10.

This week: Locals react to Aspen Skiing Company’s potential for limiting skiing on the locals pass this winter, the Aspen School District prop…