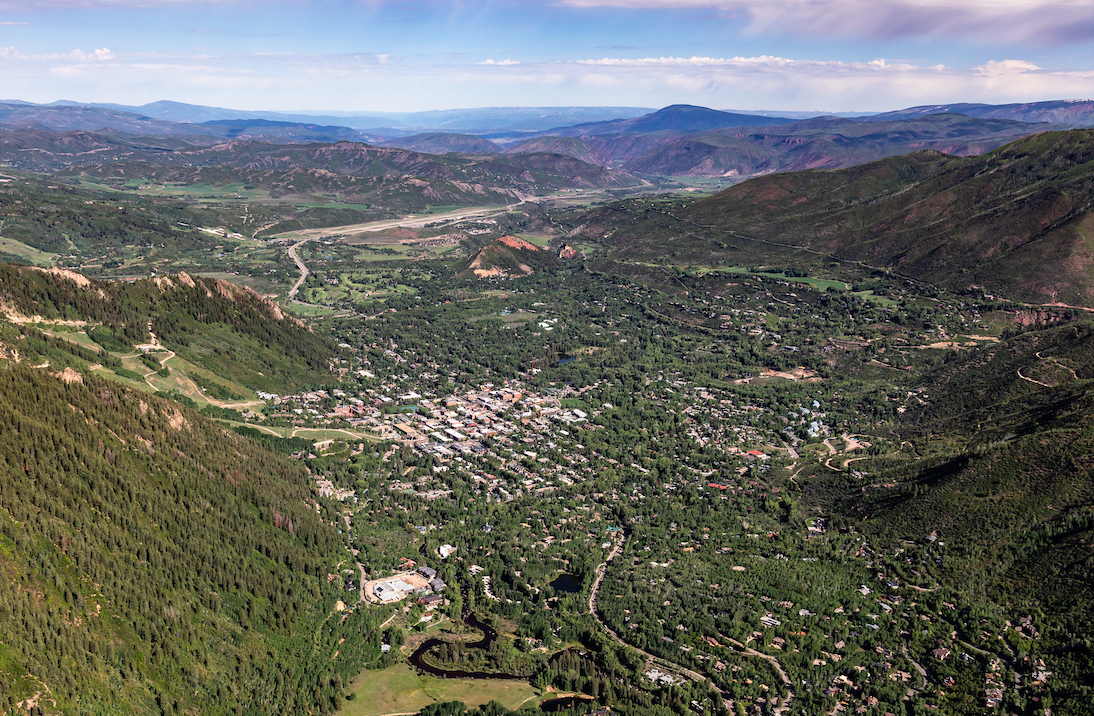 The upper area of the Roaring Fork Valley pictured this summer. 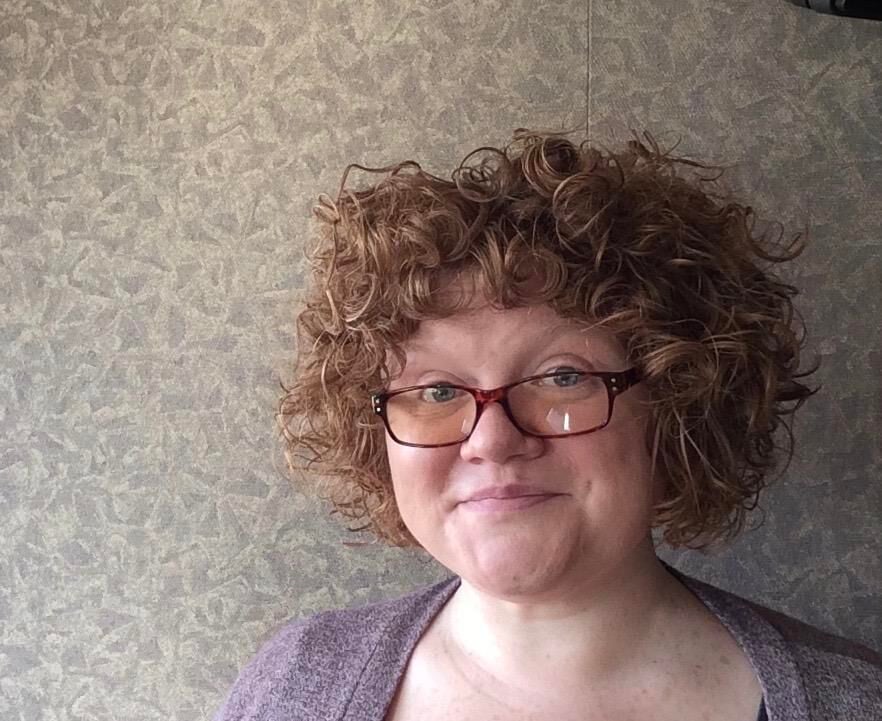 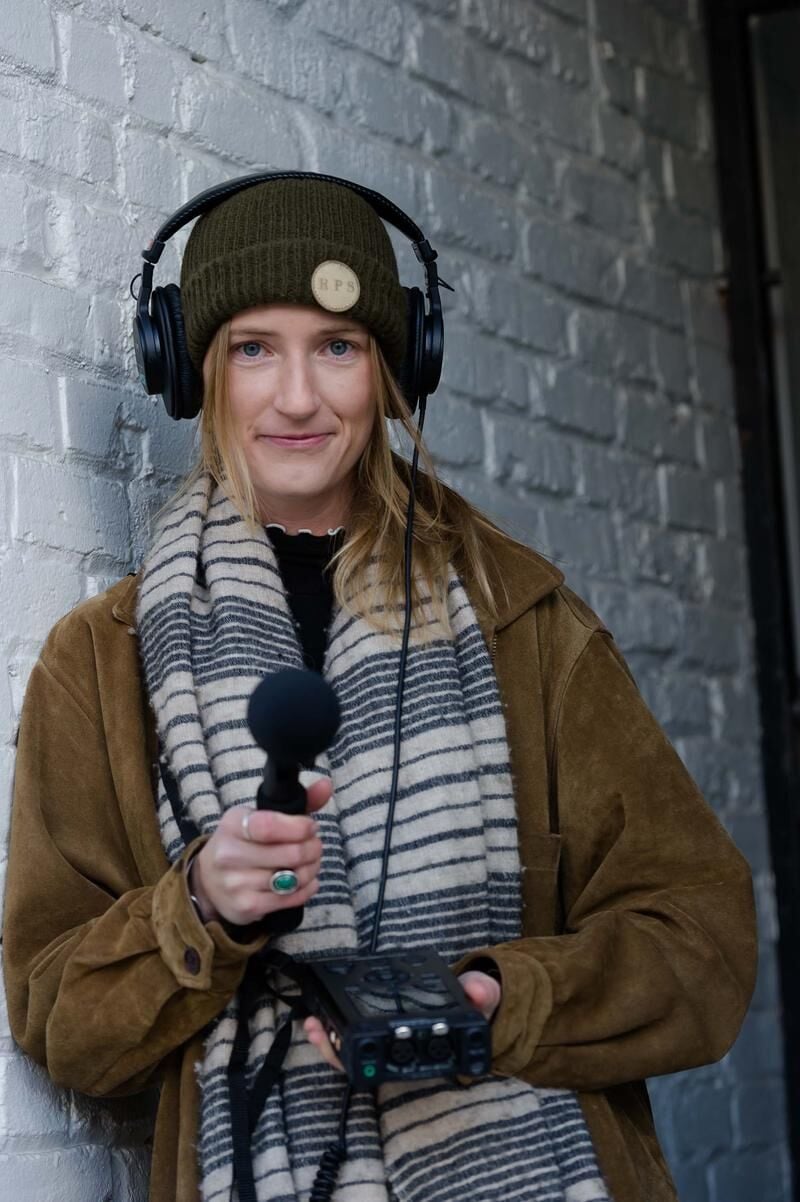 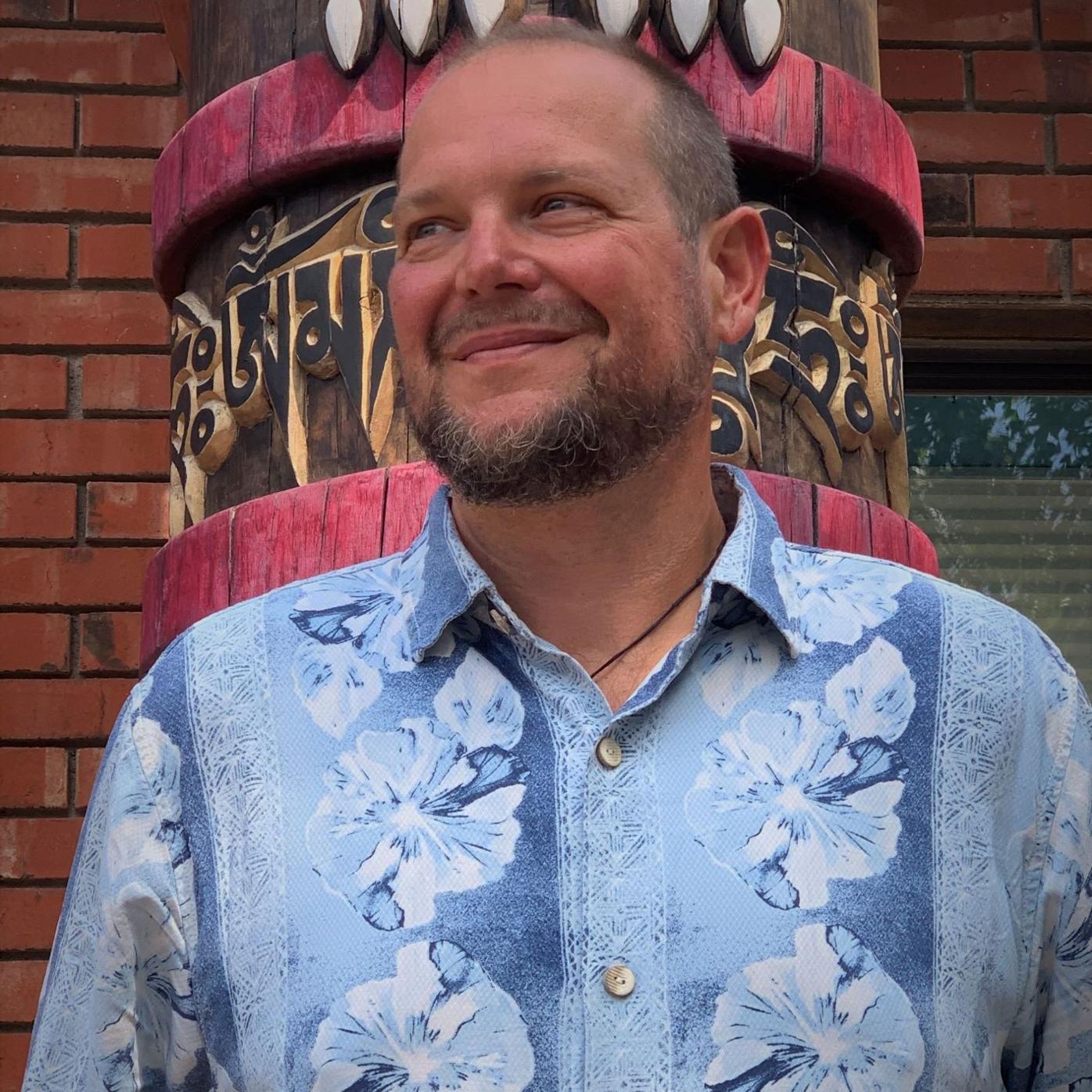 The upper area of the Roaring Fork Valley pictured this summer.

Editor’s note: This is the second installment of a two-part series examining the local media landscape in the continued midst of the COVID-19 pandemic. The first piece ran in the Sunday Aspen Daily News. The writer of this story is the Arts & Culture Editor at the Aspen Daily News and editor-in-chief of Local magazine.

Carbondale’s weekly, The Sopris Sun, is in a different league than its fellow valley papers as a nonprofit. Nevertheless, The Sun also relies on advertisers as its main source of income — albeit at 80%, versus the 90% model of its for-profit counterparts — with the remaining 20% from donations.

Donations are split between smaller, sporadic contributions and larger, consistent ones from donors dubbed “honorary publishers,” The Sun editor Will Grandbois explained.

Despite the communal support, The Sun was not immune from having to make adjustments. While the paper traditionally would be about 20 pages at this time, more recently it has been publishing at 16.

“It’s been thin,” Grandbois said. “We’re not flourishing, but we’re hanging in there, which is a success under the circumstances.”

The Sun employs one part-time reporter, so staffing changes weren’t an issue. Looking ahead, Grandbois said he is “relatively optimistic” about the future, noting that the paper was born at the height of the Great Recession, after the Valley Journal folded.

“Our whole model is built to endure lean times and continue to bring Carbondale the news it needs,” he said.

Also a nonprofit, Aspen Journalism produces investigative stories, collaborating with other valley media outlets to co-publish its content, which often focuses specifically on environment and water issues. With a smaller staff, and in the absence of printing and distribution concerns, the organization has not faced as much turbulence and thus fewer institutional changes. Donations and grants have been the mainstay of the nonprofit’s $333,000 budget for this year.

“We haven’t made really any changes in response, at least directly, to the pandemic,” Aspen Journalism founder and Executive Director Brent Gardner-Smith said.

Curtis Wackerle, former editor-in-chief of the Aspen Daily News, joined the nonprofit as editor and environmental reporter after Elizabeth Stewart-Severy stepped away from the role to contribute on a freelance basis.

Gardner-Smith said he hopes to continue growing the nonprofit that he founded 10 years ago come January.

“We definitely want to add more [reporters],” he said, pointing to health and social justice as two specific areas in which he would love to bolster coverage.

Although the future of media looks bleak in certain areas, Gardner-Smith takes solace in the fact that the nonprofit structure allows the local community an avenue to control how informed it is without relying on advertisers’ spending.

“In other words, if the community would like to be more informed, it can provide more funding to our organization,” Gardner-Smith said. “And we will use that funding to pay more journalists who write more stories, who will then inform the citizens.”

The parent company of Aspen Sojourner, SagaCity Media, announced on July 27 a hiatus on publishing its ski town magazines “due to pandemic-induced uncertainty over the winter seasons,” according to a statement from the Portland-based group.

Along with Aspen Sojourner, this included magazines in Summit County, Vail and Park City, Utah.

“Where retail, attractions, restaurants, and bars go, so do the fates of our magazines,” SagaCity Media CEO Nicole Vogel said in the statement. “Our communities of small businesses are really hurting, and so our iconic magazine titles are hurting along with them.”

At the helm of Aspen Sojourner was longtime publisher Nancy Mayer, who had led the magazine for 18 of its nearly 25-year history. Whether selling ads or shooting events to fill the publication’s social pages, Mayer was in many ways the face of the magazine. She and the rest of Sojourner’s small staff, including editor-in-chief Cindy Hirschfeld, were laid off.

“Everybody knows this has been my life,” Mayer said in a phone interview earlier this month while cleaning out the Sojourner’s second-floor office off Main Street.

Vogel said she hopes the publications can return.

“We don’t want to put ourselves in a position where we can’t come back by waiting too long to act,” she added. “We don’t need less local media at this critical juncture, we need more.”

Mayer reiterated the desire to keep the magazine alive in a follow-up conversation this week. “You could not believe the outpouring of love and support,” she said.

She pointed to the Sojourner’s low staff turnover — as evidenced by people like Jo Brumet, the office manager of more than 16 years — as one measure of the magazine’s success. Mayer also credited Hirschfeld for her leadership over the past few years.

“Cindy had a great feel for what this community is all about and the direction that we needed to go with the magazine,” Mayer said.

With publications in 20 cities across the U.S., Modern Luxury touts itself as the largest luxury media company in the country — and two of the brand’s 29 magazines are in Aspen.

Pre-pandemic, Aspen Magazine published five magazines per year. Aspen Peak is, and remains, a bi-annual publication. Pivoting with unknown times, however, this summer Aspen Magazine combined what traditionally would have been two issues into one — a move that Modern Luxury president and group publisher Alan Klein said has well-positioned the company financially.

“We changed the tonality of the magazine. The idea was to give people information that was relevant to them ... and try to take all of the negativity that was being delivered by the media out and deliver a positive message,” Klein said. “So the community responded really well to that, and our ad revenue for that issue was actually up over the last year.”

With the exception of a few tweaks not related to circumstances surrounding the pandemic, Aspen Peak released its summer issue as business as — more or less — usual. Although Peak’s revenue was down a little from its prior winter issue, in March, the brand published a coffee table book.

Ninety percent of both magazines’ revenue, like that of the local newspapers, comes from advertising.

On the staffing front, Modern Luxury this spring furloughed an unspecified number of employees — some of whom were asked to return and others who were not. Of note locally, Aspen Magazine laid off editor-in-chief Christine Benedetti, who had led the magazine for three years.

“Christine’s wonderful. We hope that we reengage her at some point, but we’ll see,” Klein said.

Of the staff layoffs, Klein said, “because we had kind of reconfigured a lot of the products, we brought back the people, obviously the resources, that we needed to accomplish kind of the new objectives that we had both with editorial and with advertising.”

“We’re not off because we killed one of the issues [of Aspen Magazine],” he said. “I think we’re doing better than most, and we’ve taken the steps we need to get through the tough times.”

In essence, the company grouped its magazines into regions, regionalizing its editorial leadership, he said. Aspen Magazine and Aspen Peak are part of what Modern Luxury calls “the resort region.”

Modern Luxury Media editor-in-chief Michael McCarthy, who is based in Washington, D.C. and “has connections to Colorado,” will be at the helm of Aspen Magazine as well as other markets, Klein said.

Brooke Danielson, who joined Aspen Peak as editor earlier this year after former editor-in-chief Etta Meyer left, will continue to lead the magazine on a contractual basis.

Klein noted that Danielson will also help with Aspen Magazine “because she’s on the ground.”

Asked what value Modern Luxury sees in publishing two luxury magazines in the same town, Klein said, “these two coexisted when they were under separate ownership, and we see no reason why they can’t coexist under the same umbrella — as long as they each maintain their own clear editorial niche.”

He pointed to the magazines’ varying distribution models and “different editorial architecture and design” as examples.

Although memberships and underwriting have both been down amid the pandemic, a Paycheck Protection Program loan and a Corporation for Public Broadcasting grant, alongside budget cuts, have helped offset APR’s finances.

“We have been working really hard to secure grants, as well as our other funding sources,” Terwelp said, “and my rationale with building savings is that we have no idea what the upcoming months and even next year will hold.”

Terwelp said support from the community is critical and noted that the station has heavily cut its budget since the pandemic started “so the majority of resources can go to news, to keep the community informed and safe.”

Van Cleave moved to Aspen amid the pandemic from a large station in Chicago, where she was a senior editor of audio news. Terwelp said Van Cleave, with 16 years in public media, stood out in the station’s national search from the start of the process.

Bennett’s last name should be familiar to longtime locals, as her father, John

Bennett, served as the mayor of Aspen for much of the ’90s. Eleanor Bennett previously interned with and contributed to APR, which she has been listening to since she was a child.

“I’m really excited. We’ve got a very stellar team all the way around,” Terwelp said. “And we’re really committed to deepening and expanding [our coverage] and providing more. … This is not the time to scale back on coverage.”

Another NPR member, KDNK Community Radio in Carbondale faces a somewhat similar situation as its Aspen counterpart. The nonprofit’s financial model, however, is split pretty evenly between underwriting, donations and memberships.

“That diversity of incomes really helps us,” KDNK board member Chris Hassig said. Like APR, KDNK also received PPP funds, as well as a grant from the Corporation for Public Broadcasting — both of which Hassig called a “lifeline.”

This month, the station also welcomed longtime local Corby Anderson as KDNK’s first executive director after a nationwide search, replacing Gavin Dahl, who left the station manager position to take a role in Montrose. Anderson has held a number of broadcast jobs throughout the valley, including as station manager for GrassRoots Television. Leading KDNK is “quite literally a dream come true,” he said in an Aug. 4 statement. Longtime KDNK staffer Amy Hadden Marsh was also recently named news director.

Hassig believes the station shined during the stay-at-home period of the pandemic because people craved communal connection — and media outlets served to provide the closest semblance.

“It was kind of the moment where KDNK showed why we exist,” Hassig said, “and why we believe in our mission of connecting people.”