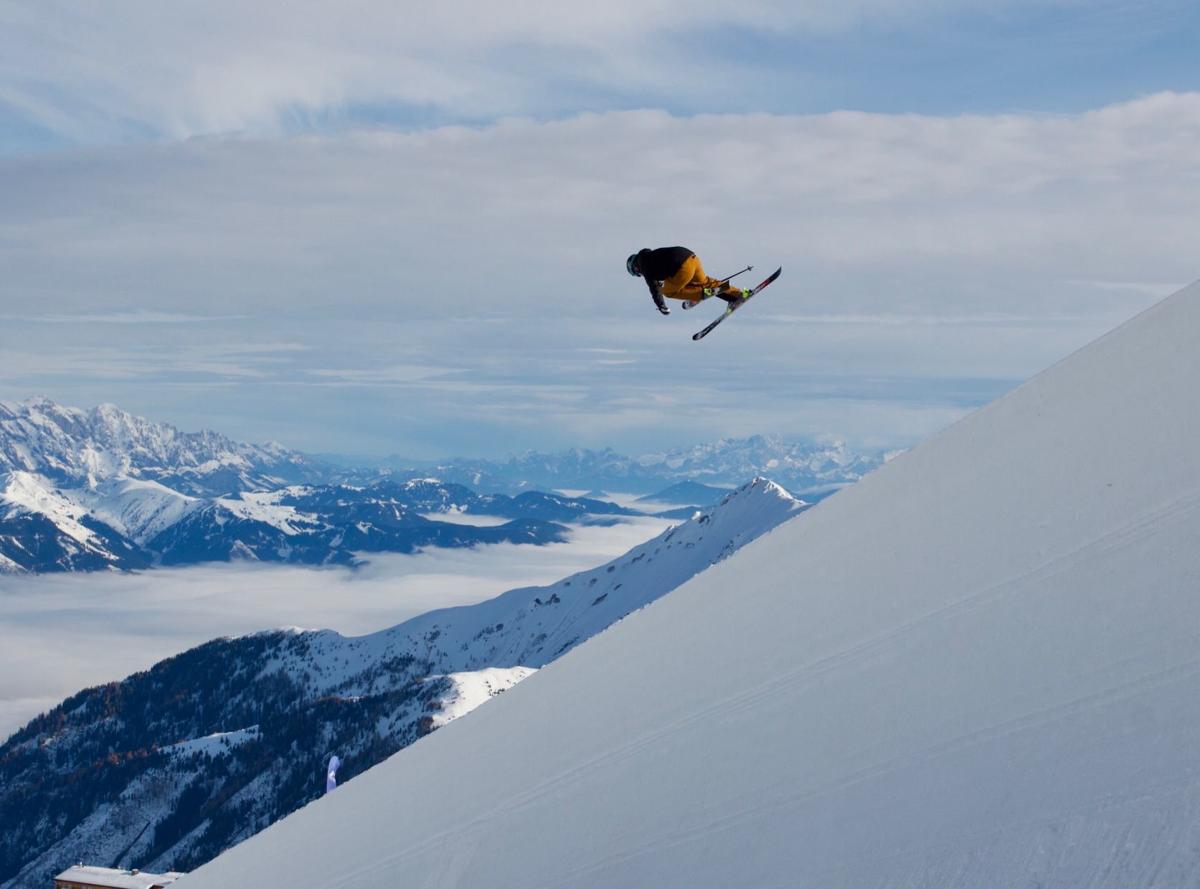 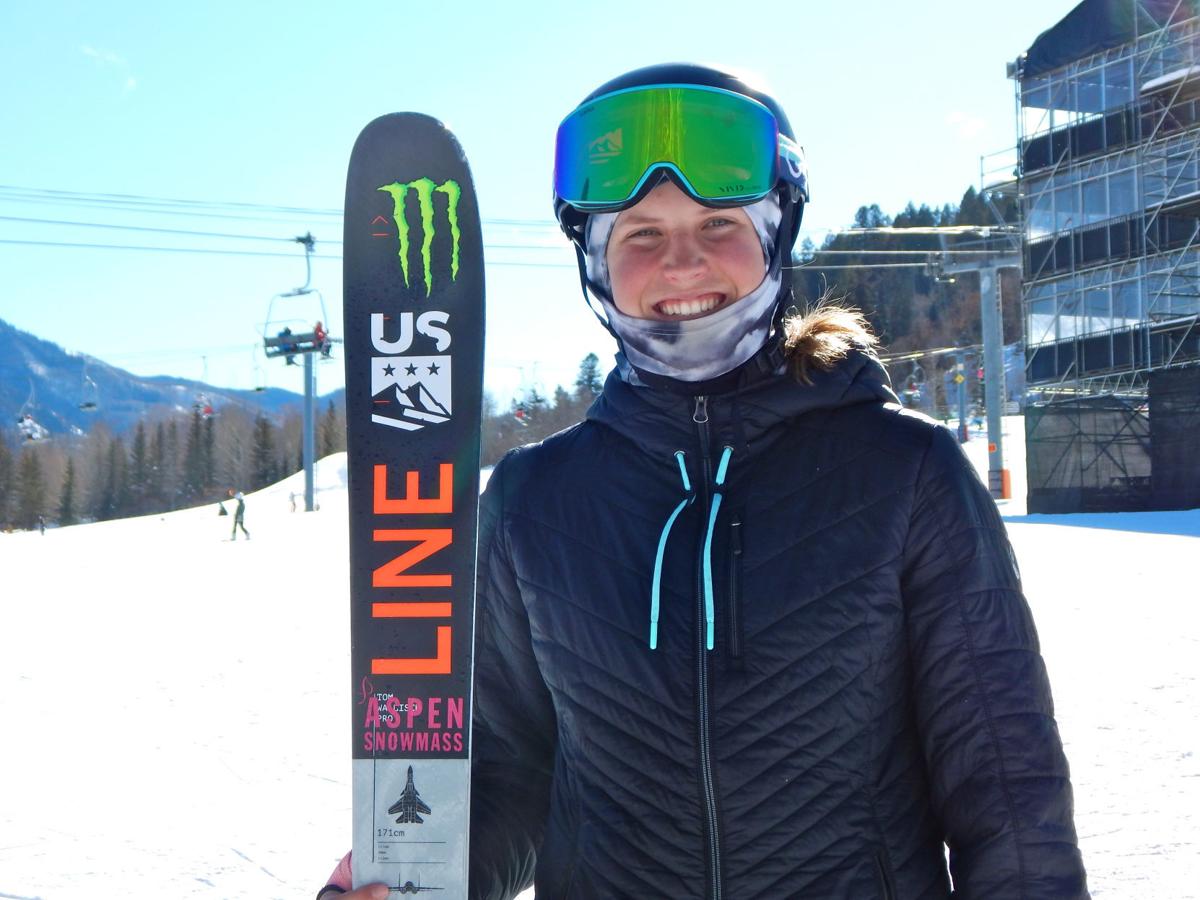 Hanna Faulhaber trains regularly in the Buttermilk superpipe, which opened Dec. 26. Like most freeskiers, one of her goals is to someday qualify for the Winter X Games. She is 15 years old.

When the Buttermilk Mountain superpipe opened for the season on Dec. 26, plenty of athletes were ready to jump right in. For one local skier, Basalt High School sophomore Hanna Faulhaber, the event was both exciting and a bit of a relief.

“The pipe opened at 10 a.m. and Hanna was waiting for it to open,” laughed Greg Ruppel, Faulhaber’s coach with Aspen Valley Ski and Snowboard Club. He suggested that her anxious anticipation was indicative of her dedication, passion and yes, competitiveness.

At 15, the Missouri Heights resident is the youngest woman on the U.S. Freeskiing’s rookie halfpipe team, having been named to the squad last spring after stellar results punctuated by a December 2018 Revolution Tour win and a third in 2019 at the Aspen Open.

At all levels, men outnumber women in halfpipe skiing. That’s seen in AVSC’s team composition, as Faulhaber remains the lone woman pipe skier, which she uses to her advantage.

“She’s very competitive with the boys,” Ruppel, the club’s pipe and park coach, noted. On any given day she is skiing shoulder to shoulder with the likes of elite AVSC skiers Kai Morris, Nick Geiser, John Sallman and sometimes, Tristan Feinberg and Cassidy Jarrell, who are coached by Peter Olenick (an X Games gold medalist) on his P.R.O. Team.

According to Ruppel, Faulhaber’s attitude is, “If they can do it, I can do it.”

Not down for long

Faulhaber was practicing last week with a cast on her right wrist, which came after a training crash during a November camp in Austria. She seemed undeterred by it, exhibiting the same insouciance that marked her pole-to-the-spleen she suffered in June while at Mammoth Mountain.

A prescription of six to eight weeks of rest and no contact sports “was hard for me,” Faulhaber allowed. “I like to mountain bike. That gets me in great shape.”

By early September, she was back on track, competing in the halfpipe at the World Cup women’s halfpipe event in Cardrona, New Zealand, the country of her mother’s birth. Faulhaber was able to visit with some family members before the World Cup.

She has been able to tap into some of the experience and wisdom of fellow Mid-Valley athlete and pipe skier Torin Yater-Wallace, who spoke of her talent and work ethic during an interview last fall.

Faulhaber appreciates the mentoring: “Torin has helped me with a few things in the past year. He’s also come back from a lot of serious injuries. I understand the risks to skiing in the halfpipe. Sometimes that comes with the sport,” she said.

Faulhaber started skiing halfpipe at age 11 and had Carson Campisi of Basalt as a role model. Among her accomplishments, Campisi competed in the 2015 World Juniors in Italy.

“Before I moved into Team 1, I watched her skiing and thought, ‘I wish I was able to do that.’”

To reach this level, which included her own trip last year to the World Juniors, Faulhaber’s had to miss a fair amount of school – “Basalt High School has been very supportive,” she said – and takes roughly half of her classes online.

She’s also been invited to the 2020 Winter Youth Olympics in Lausanne, Switzerland, which begin Jan. 9.

In just her first year as a FIS-level athlete, Faulhaber has made tremendous progress, her coach suggested. Her ski program includes a cork 9.

She said her next big goal is to advance to the U.S. Freeskiing Pro Team.

“That would open up more opportunities to go to great areas to train,” she said. The Winter X Games remain a goal as well.

Locally, she and her AVSC teammates spend plenty of time in the park and pipe at Snowmass. Aspen Skiing Co. is one of Faulhaber’s sponsors, according to her mother, Belinda. Coldwell Banker is among the other local entities that have helped her with scholarships and support, she said.

During a lunch break while training at Buttermilk recently, coach Ruppel said Faulhaber was working on a new combination that involved landing switch, or backwards, which is a higher degree of difficulty.

One of Faulhaber’s real strengths, he added, was her amplitude, or height.

“It takes nerve. That means going 40 miles per hour, flying 22 feet and not checking your speed,” Ruppel said with more than a note of admiration.