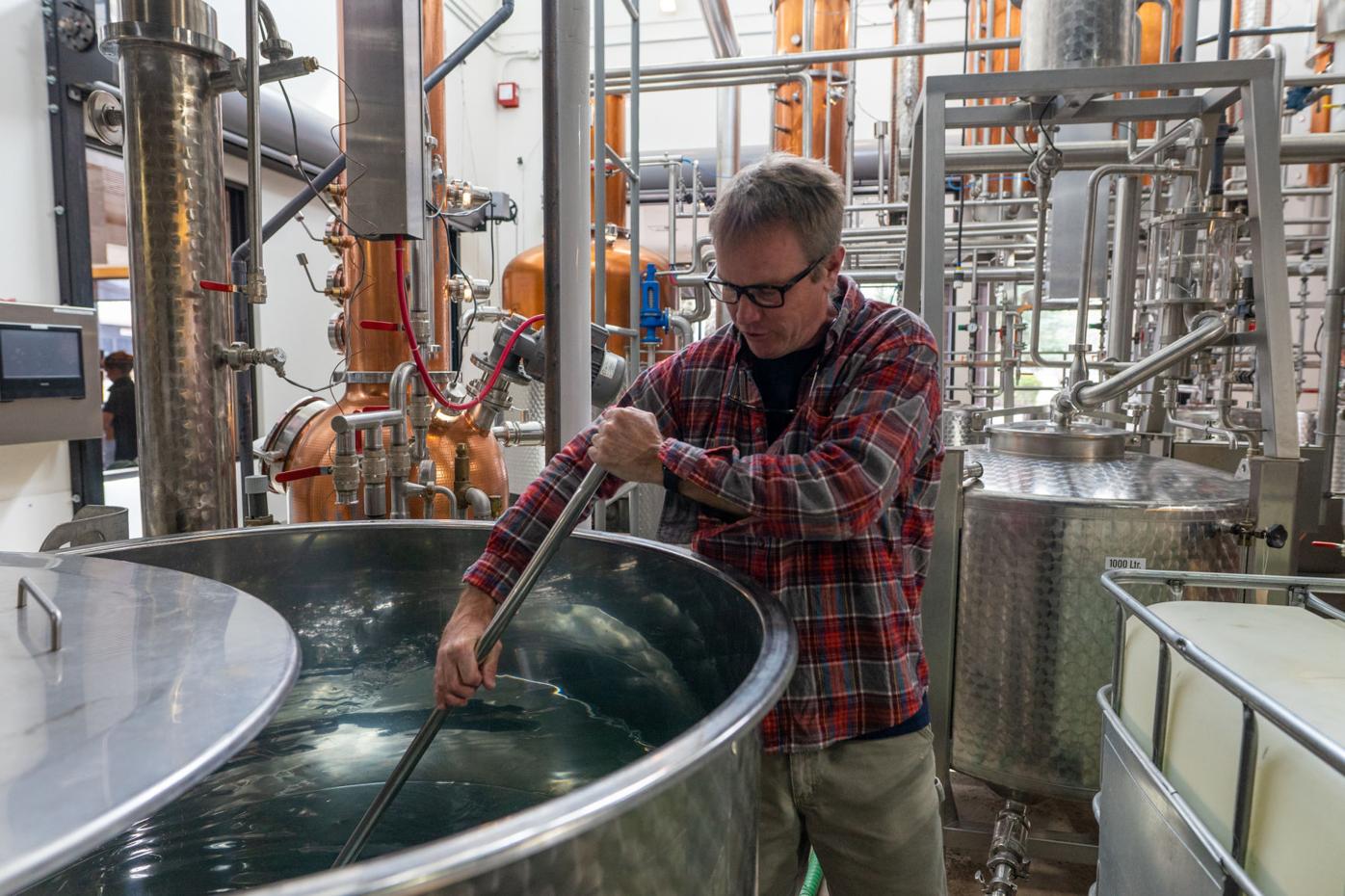 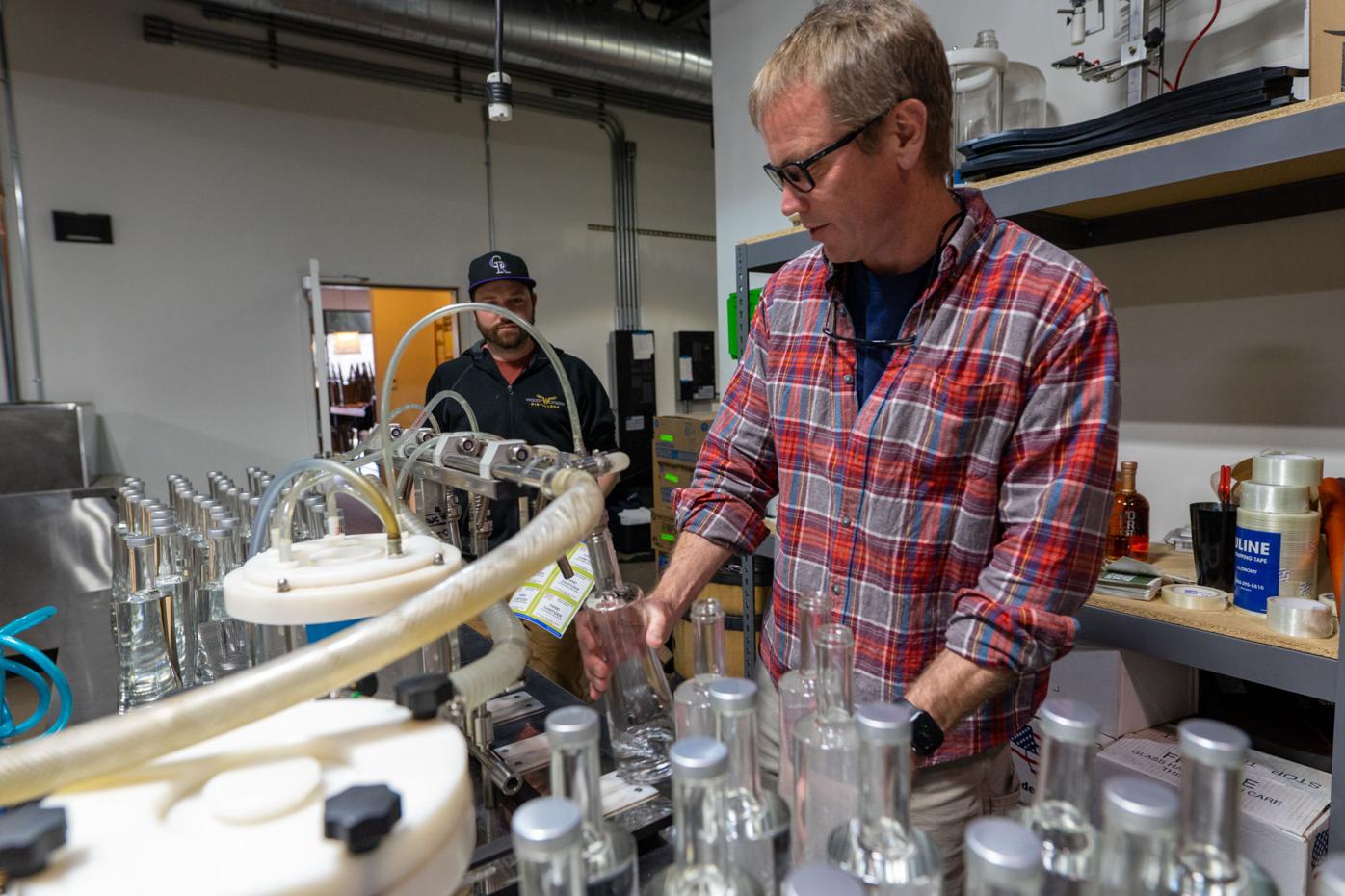 Local distilleries, like many across the nation, have turned to making hand sanitizer to help the community and stay active during the COVID-19 outbreak.

Local distilleries, like many across the nation, have turned to making hand sanitizer to help the community and stay active during the COVID-19 outbreak.

This story initially ran in the Roaring Fork Weekly Journal.

When Gov. Polis ordered restaurants and bars to close other than for takeout and delivery, Marble Distillery in Carbondale and Woody Creek Distillers in Basalt changed almost overnight from producing booze to producing hand sanitizer.

“We shut down a couple of days before the governor ordered us to shut down,” said Connie Baker, co-owner of Marble Distillery with her husband Carey Shanks. “We closed both tasting rooms in Aspen and Carbondale, but we wanted to keep our team together so we asked them to join the bottling line. We started making hand sanitizer, and it just blew up.”

About two weeks earlier, Baker and Shanks read about an Oregon distillery that had started making hand sanitizer when the COVID-19 virus was still in its infancy in the United States. They immediately thought they could do the same at their distillery in Carbondale, but they have been surprised and overwhelmed with the community need for sanitizer which has been in short supply in the local grocery stores.

“I got here at 10 o’clock this morning and there were already people waiting in line with bottles in their arms,” said Taylor Rol, Marble Distillery’s general manager. “Everybody’s just grateful that we’re here, and it’s a great thing to keep your community happy and healthy.”

Most days there has been a line down the block on Carbondale’s Main Street with people eager to get a bottle or two of the free hand sanitizer. The distillery has been giving away more than 30 gallons of free hand sanitizer a day to community members. They have also been producing some larger orders for businesses, and have asked them to cover their basic production costs.

They expect to continue making the hand sanitizer for the next couple of months because people will continue to need the product and because Marble Distillery wants to continue to keep its staff together during this crisis.

Instead of distilling vodka or whiskey, Baker, who is also head distiller, uses her knowledge of making spirits to make sanitizer.

“It’s an ethanol-based product, and we’re adding a little xanthan gum to make it a little thicker than a liquid, it’s more like a gel,” Baker said. “The tax and trade bureau had some guidelines, and we came up with a recipe based on those. The process to make it is actually quite simple. We’re making a xanthan-gum gel out of xanthan gum and distilled water and creating this gel solution, then mixing in hydrogen peroxide. After that we mix in high-proof alcohol extremely slowly so that everything binds together. You have to mix it in super slowly.”

Because their sanitizer product is being made from 190-proof drinkable alcohol, the product has to be denatured or rendered undrinkable. This allows the government to not classify it as drinkable alcohol so they are not charging any excise tax for the alcohol used in the sanitizer process, making it financially feasible for Marble Distillery to give the product away free or just cover their costs.

Like Marble Distillery, Pat Scanlan and his Woody Creek Distillers in Basalt also changed from booze to hand sanitizer. They began making their product even before the governor’s closure order in mid-March.

As the crisis with COVID-19 grew worse and closer to home, Scanlan and his team realized that they had all of the ingredients to make hand sanitizer except for one in their daily Woody Creek Distillery operations. They ordered that ingredient and began making sanitizer. Like Marble Distillery, one of their biggest issues in increasing the amount of sanitizer they make is the lack of tiny bottles, which mainly come from China and have been in short supply.

Instead of making vodka or whiskey, they use the distillery process to keep locals safe by making hand sanitizer, which is being given away for free to first-responder agencies, health care facilities and essential businesses. The distillery is producing over 1,000 liters per week, and it is all committed. Some of the product is being shipped to the Front Range to serve first responders, health care and critical business there as well, as serving these entities that are serving the public seems to provide the greatest public benefit at this time.

“We have the ability to do pure ethanol, we don’t have to bring it in, so we can get it to 194 proof with one pass,” Scanlan explained. “You have to have 2 percent in your hand sanitizer of glycerol. That’s nothing we can produce, so we had to order a couple of hundred gallons of that. Yesterday or today, I think we made another 500 to 600 gallons of the sanitizer.”

They plan on continuing to make the hand sanitizer “until the craziness dies down,” Scanlan adds.

Both Marble Distillery and Woody Creek Distillers will be fighting hard to stay in business during this virus outbreak and economic collapse.

According to Marble Distillery’s Shanks, roughly two-thirds of the nation's 2,000 craft distilleries are threatened with being shut down unless the government provides some financial assistance. Over half of the distilleries have already dismissed some staff, and over 75 percent of them have turned to making hand sanitizer.

But in the end, our valley should be proud we have two local businesses stepping up to the plate to be community-minded in a time of crisis.

“We’re all family in this little valley and it doesn’t matter if I know someone or not,” Scanlan said. “But we know our police, we know our sheriffs and we know our fire departments.”

You can stop by Carbondale’s Marble Distilling tasting room at 150 Main St. with your own bottle during the day for some free sanitizer, and anyone who orders a bottle of Marble Distillery spirits will get a small vial of hand sanitizer, depending on the availability of the bottles.