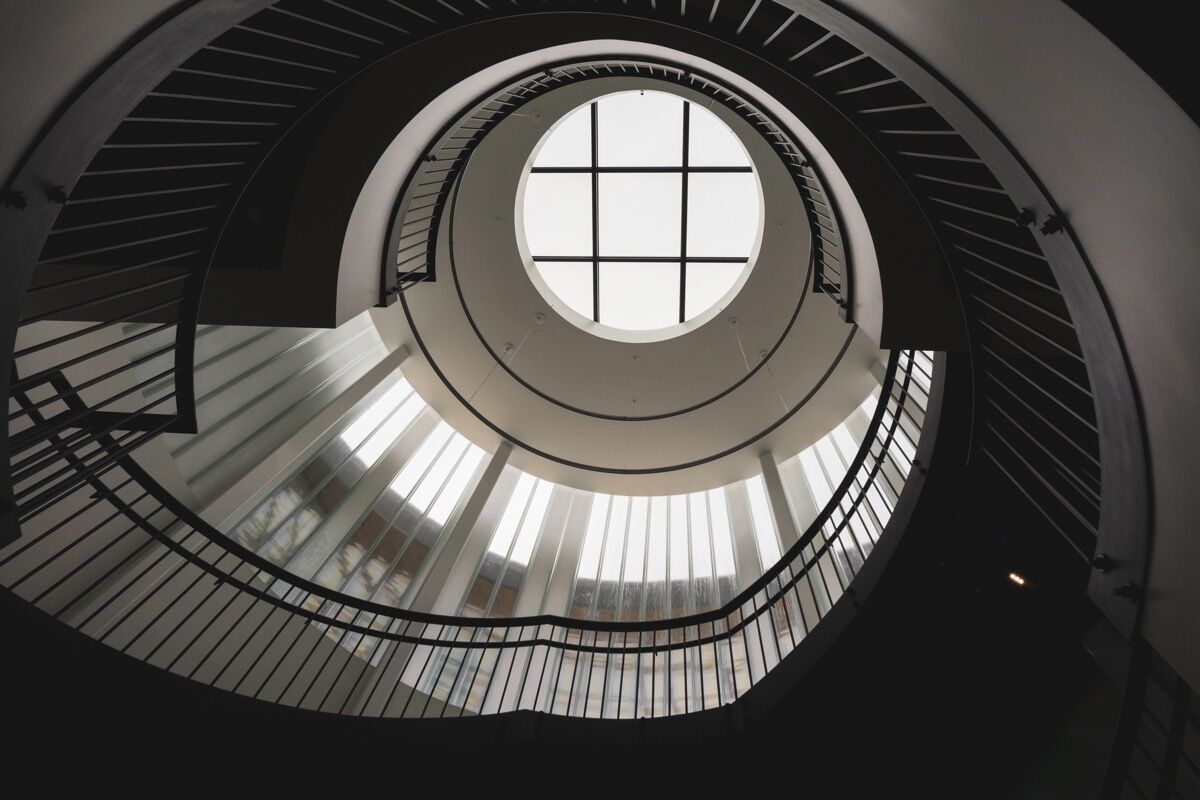 The spiral grand staircase in the new Aspen City Hall will welcome staff and visitors alike with natural light and open space accessing the three stories of the building, which will be open to the public mid-October. 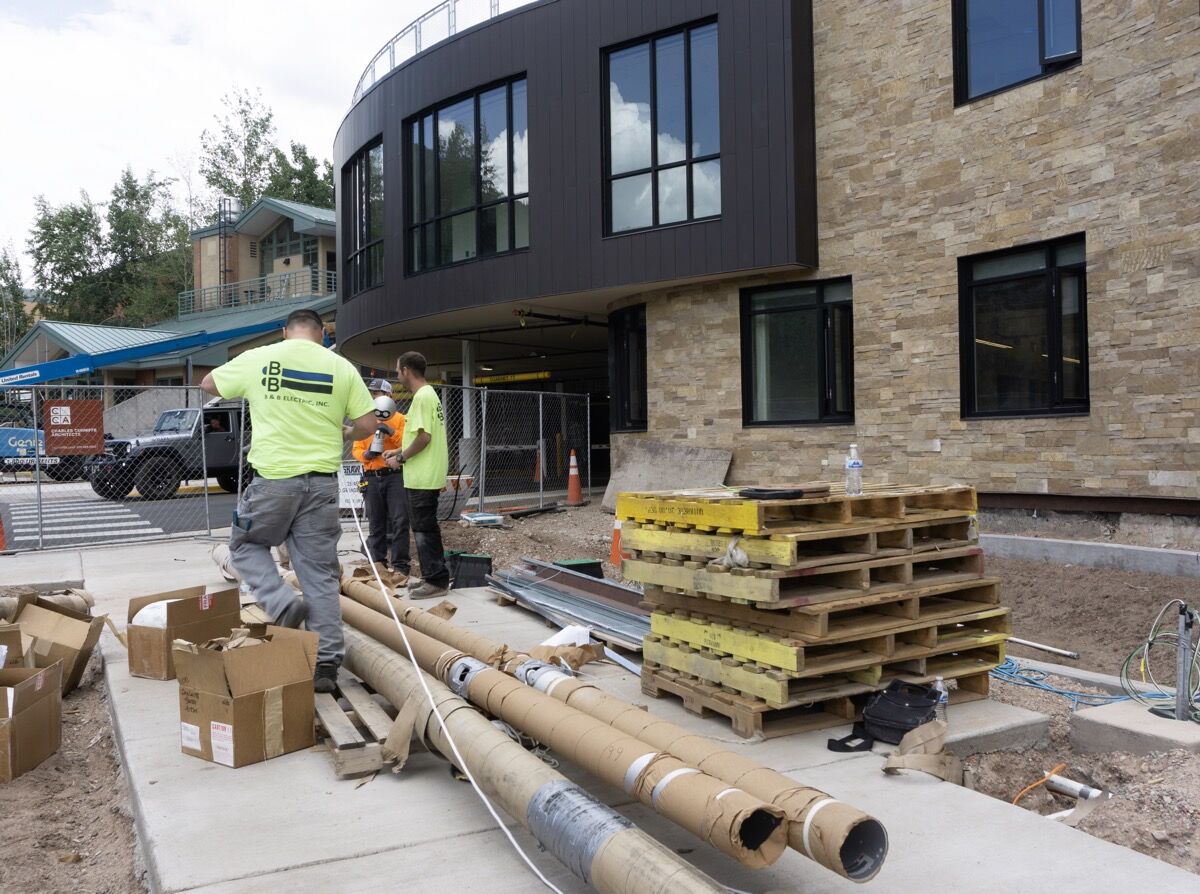 The spiral grand staircase in the new Aspen City Hall will welcome staff and visitors alike with natural light and open space accessing the three stories of the building, which will be open to the public mid-October.

City of Aspen staff will soon have a new headquarters with an outdoor viewing deck, a spiral grand staircase and three floors of space to welcome members of the public and colleagues alike.

City Manager Sara Ott said the new office building — located near Pitkin County Library on Rio Grande Place — is a long time coming. The project is part of a long-term planning effort to address the need for updated public facilities. The design of the building is based on national standards for office space but is scaled down to fit Aspen’s size. Construction began in 2019 and lasted throughout the pandemic, and the expected move-in date is mid-October. Ott said she hopes the building will give residents a sense of pride.

“Why do we visit state capitols? Why do we visit the U.S. Capitol? Because it’s about pride, and the community should be proud of this facility,” she said. “It symbolizes their environmental goals, it symbolizes their belief in a participatory government. And that’s pretty awesome. A lot of communities don’t have the privilege of building a new city hall.”

In alignment with the city’s goal to electrify Aspen, the new office building and the neighboring police department are 100% electric, run on geothermal energy. The only natural gas component comes from a backup power generator that would be used in case of a natural disaster, Ott said. The main stairwell of the building is also designed to allow as much natural light as possible into the public access space, and Ott said a decent amount of these designs reflect the character of Aspen.

“That includes preservation of certain sight lines, and also the ability to try to take advantage of the natural views,” she said. “The building doesn’t need to compete with our natural environment. And it was intended to not do that in its design.”

Ott said it was also important to the city for the new building to allow for as much interaction with the public as possible. The public will be able to access the offices through two main entrances: the main entrance on the lower level at Rio Grande Place and an upstairs entrance via Galena Plaza. Ott said she imagines a lot of people will prefer to use the upstairs entrance while they are on their way from the library or the bank or other downtown businesses. Inside the building, each department office has a reception window at the front where members of the public can check in and then be invited into the back of the office for meetings and more in-depth visits.

Unlike other government buildings in town like the courthouse, in lieu of metal detectors or security guards, most of the new city offices are designed with locked entrances that are more or less blocked off from the main hallways, so members of the public need to be invited in through a side door after checking in. This allows staff to know who is coming in and out of specific offices without worrying about someone walking in uninvited. This design element, in addition to a camera system, is the building’s way of keeping city hall secure in a less obtrusive way, Ott said.

“The courthouse exists to address conflict. This building is not focused on conflict in its design or function,” she said. “Every one of our public buildings has some level of security measures in it, including cameras in some of them. City hall has multiple cameras right now at the armory. And that’s because, not only understanding who’s coming in and out of the building, but we have to secure ballot boxes and things like that that we integrate into the design of the space.”

The first floor of the building will house the engineering and community development departments. In addition to the best views, Ott said, the second floor will be home to offices for finance, communications, the city manager, city attorney and city council. On the third floor, there will be new council chambers, the city clerk’s office and the municipal court. Parking and human resources offices will be connected, and the public parking garage will remain underneath the building.

The building will include several public meeting spaces, including a large break room on the second floor, and a space outside council chambers where members of the public can wait during council meetings. There will be a monitor and audio systems installed to broadcast council meetings live, so members of the public can watch the meetings while they work or chat without going inside the chambers.

As for the current city hall, Ott said discussions will begin on Aug. 9 about what should be done with the interior. She said it may house offices for the Aspen Chamber Resort Association, and there is also the possibility of leaving some space for public use. The decision will ultimately be up to city council to make.

“Some people wanted that to be city offices, some people would like to see more of a community use,” Ott said. “ACRA is scheduled to go into that building for both their offices and a visitor center, and I think that will stay regardless of what happens with the rest of the building, but they don’t need the whole one for those needs.”