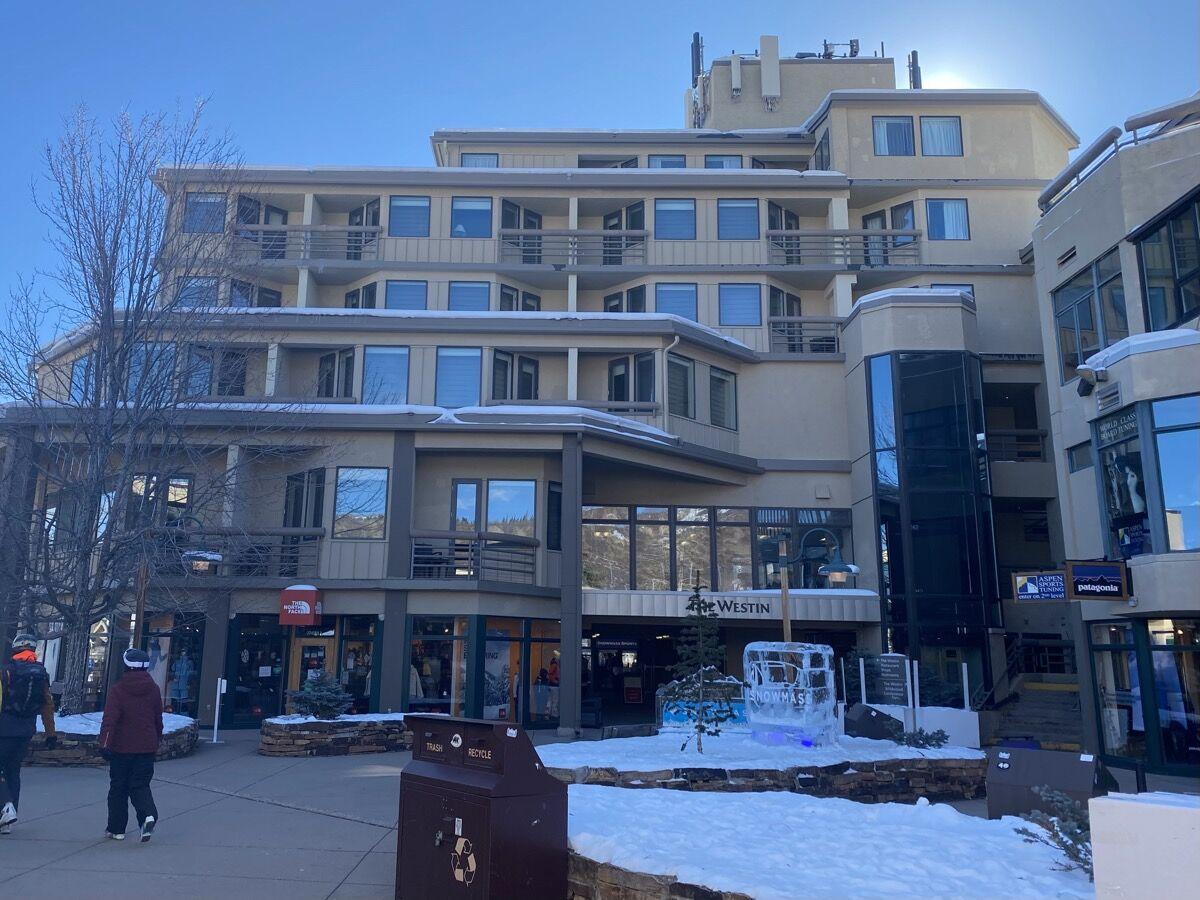 This will be the Silvertree’s last season under the Westin flag, as the new ownership group is eyeing an alliance with Marriott. 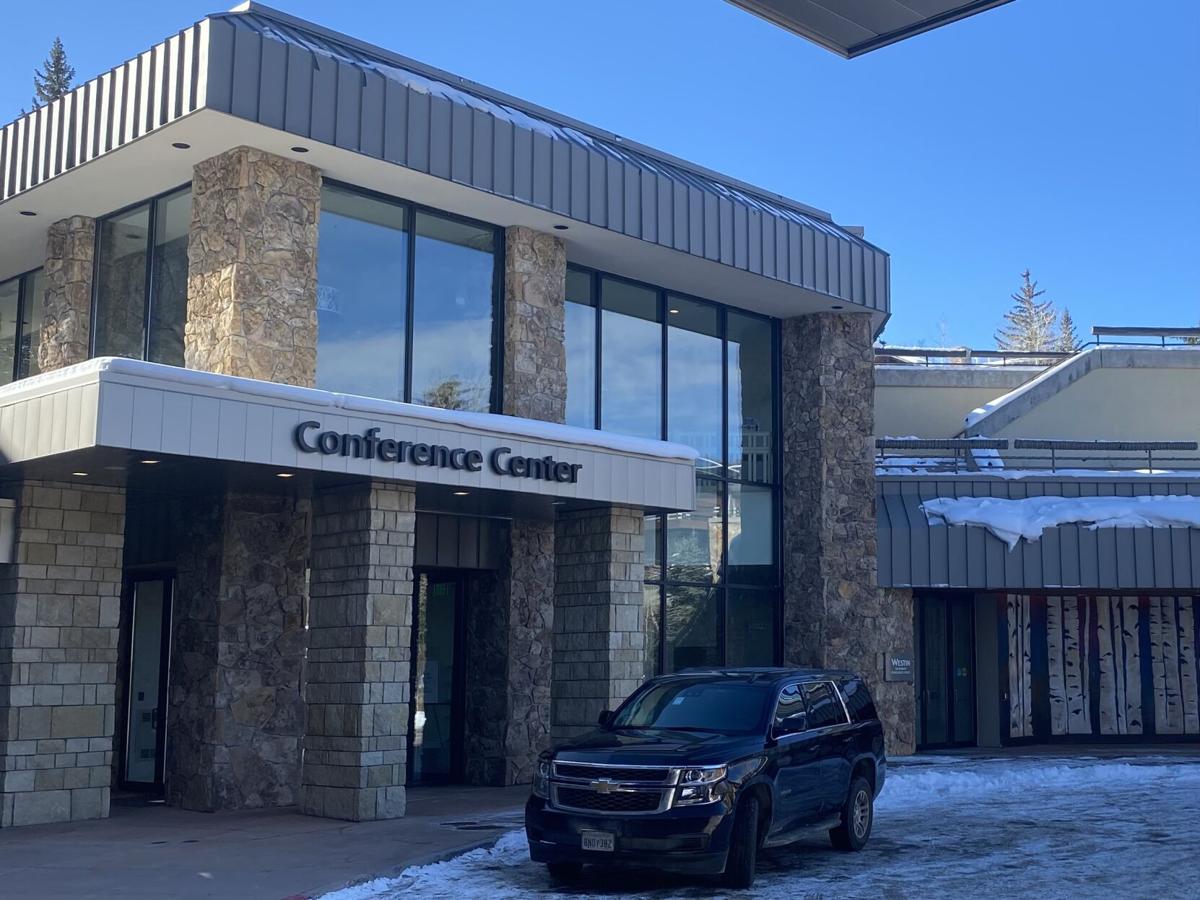 The Snowmass Conference Center, built in the mid-1980s, is widely seen as an asset for the adjacent lodging properties and the town as a whole.

This will be the Silvertree’s last season under the Westin flag, as the new ownership group is eyeing an alliance with Marriott.

The Snowmass Conference Center, built in the mid-1980s, is widely seen as an asset for the adjacent lodging properties and the town as a whole.

Snowmass Village has suffered some missteps on its development path over the years, but since East West Partners became the managing developer in 2016, the future has looked up and seemed more assured. Now, the Snowmass brand is beginning to attract more financial muscle and long-term national players, said Karim Souki, who is part of the new ownership group that recently purchased the Westin Silvertree.

“This is a long-term play,” said Souki of Aspen-based RGP Partners, one of two new general partners in the venture. “If the Aspen Skiing Co., KSL and East West are betting on Snowmass long term and putting their money in upgrading the infrastructure, I think we are making a good decision following suit.”

In mid-December, one of Snowmass Village’s original hotels — dating to 1967 when it was the Silver Tree Inn — the 254-room Westin Snowmass Resort was sold for $75 million (inclusive of all the fees), to three ownership groups, Atlanta-based High Street Real Estate Partners LLC, Zurich-based hotel developer ACRON Group and the aforementioned RGP Partners, an affiliate of the Aspen private equity firm Ajax Holdings.

Souki and Clayton Randle are the principles of RGP Partners, and they will oversee a remodel that could cost up to $40 million. The new ownership hopes to begin as soon as this ski season ends in April and finish in time for reopening next ski season in November. They plan to file a building permit with the town of Snowmass Village this week, according to Souki.

The acquisition also includes the 18,000-square-foot Snowmass Conference Center, the 151-key Wildwood Lodge and a collection of retail stores adjacent to the Westin Silvertree on the Snowmass Mall like North Face and Patagonia.

Bill Burwell purchased the original Silver Tree Inn along with the El Dorado Lodge just upslope from the Silver Tree in 1986. Burwell combined the two into a larger structure and renamed the property the Silvertree Hotel.

For a couple decades it was an iconic Snowmass destination resort hotel that was made more prominent with the arrival of the Snowmass Conference Center when it opened in 1988. The Silvertree Hotel and Conference Center were the envy of ski resorts throughout the West, and it was the premier place in Snowmass for ski clubs, group business, family gatherings, weddings and a variety of local, national and international musical events.

In a recent conversation with Karim Souki held in the lobby of the Westin Snowmass, Souki talked about the importance of the Snowmass market, his company’s involvement in the new ownership, and about some of the initial plans to upgrade the hotel, including rebranding it as part of Marriott’s high-end Autograph Collection of hotels.

This is not the first time the Souki family has examined real estate opportunities in Snowmass. When the Related Companies owned Base Village, they took a long look at the Viceroy Hotel, but ultimately decided against moving forward.

“We believe in Snowmass,” said Souki. “It’s a ski resort. You’ve got the space here and the expansive views. I think we can elevate the quality some and not the fanciness.”

The pandemic made operating the hotel a challenge last year, said Souki, and that has created a financial opportunity for new ownership to acquire and redevelop before the market comes back. He noted that his father, Charif Souki, a prominent financial investor, has had local roots in the upper Roaring Fork Valley since opening Mezzaluna in Aspen in the 1980s. Karim’s home is in Woody Creek.

Souki’s RGP Partners joined with High Street and ACRON when they were looking for both a local team that could be on-site and additional financial partners. High Street and ACRON had previously put the hotel under contract last January, but the deal fell apart in March in the midst of the raging pandemic.

A new name for what was previously the Westin Silvertree property is currently in the works, said Souki, with the branding company leading that effort focused on integrating local history and other connections into their ideas.

To run the hotel, the new ownership group has chosen Davidson Hotel and Resorts for the operating management company. They are planning on retaining many of the current local workers and enhancing their effort with increased corporate support.

BendonAdams, a local planning consulting firm, is managing the tight timeline for the spring-to-fall remodel and Thanksgiving reopening. Ownership and Sara Adams have met with the town of Snowmass to discuss what they could do without going into a long PUD process, and what they couldn’t do, and they have adjusted their plans accordingly.

“The hotel is a critical component of all the rooms we have available, and for people to understand how important it is to the village,” said Clint Kinney, Snowmass Village’s town manager, when he recently discussed the acquisition. “Any kind of opportunity to add some love and spruce it up, I think that’s great.”

Dwayne Romero would agree. He heads the Romero Group, the management company that owns about two-thirds of the adjacent Snowmass Mall properties. He also notes the importance of the ski in/ski-out property, their 400 hotel keys and huge conference center as a legacy Snowmass hotel.

Romero has known the Souki family for a number of years and said he looks forward to seeing how the mall and the hotel can work collaboratively.

Karim Souki looks forward to that same collaboration with the mall and Romero’s team. While he said he believes the hotel will manage its own retail properties, Souki does anticipate coordinating with Romero when it makes sense. They have had some discussions on making the ­exterior experience more inviting.

The tight construction timeline is helped by the fact that there is not exterior or major structural work. As a result, both planner Adams and town manager Kinney expect the permitting process to go quickly.

“We’ve been working closely with the town’s planning department,” Adams said. “And we want to stay within the numbers and the allocation of pieces that went with the original approvals of the hotel.

“The proposal we’re putting together shifts around spaces within the existing footprint,” she continued. “Things like moving the spa to the main level and moving the kids club closer to the mall on the lower level so that it makes it easier for parents to drop them off and pick them up.”

Adams said the anticipated changes will both improve the guest experience and the efficiency of the hotel. She anticipates moving forward with submitting an application to the town next week for a planning review in order to obtain a building permit.

The major work for the remodel will be headed by a company whose main business is hotel remodels, said Souki, not giving the name because not all of the new ownership has yet to approve the contract.

In his view, one of the goals in the remodel will be to make the hotel a place that is more inviting from the ski slope; a place you want to visit and check out what’s going on inside. As part of the remodel, they are now discussing replacing the current dark-tinted windows with clear windows that can now achieve the same or better UV ratings without the dark tinting.

In talking about the Soukis, Dwayne Romero pointed out two reasons why he feels they are good owners to take over. Their family structure is multigenerational and the younger generation is now making their mark. He also noted that since they are involved in local real estate and other businesses, there are a lot of resources at their disposal.