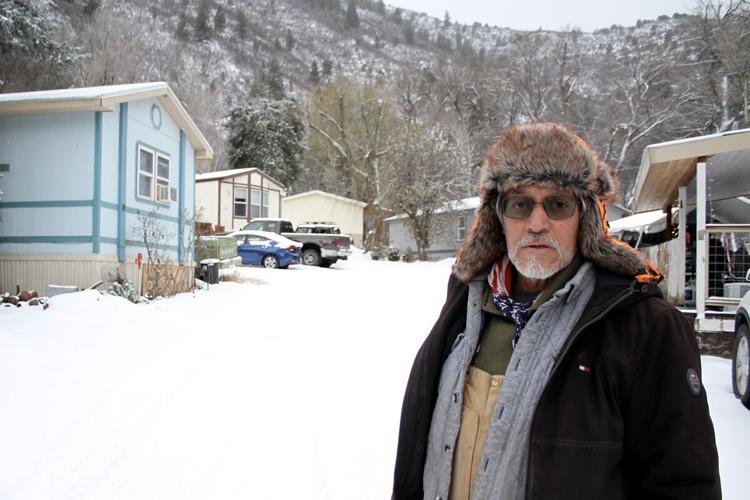 Felix Jimenez, a resident of 3-Mile Mobile Home Park, is pictured on the property. Jimenez estimates he has lived in the park for more than 35 years. 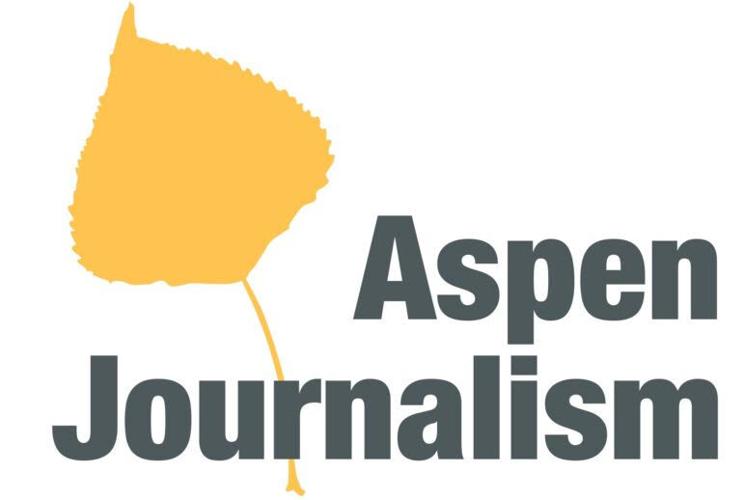 A Carbondale-based social justice nonprofit group this week went under contract to buy a 20-unit mobile-home park outside of Glenwood Springs for $2.4 million in an attempt to buck the trend of displacement and affordable-housing destruction at the hands of private-equity groups buying Colorado parks.

The Roaring Fork Community Development Corp. — the affordable housing arm of the nonprofit Manaus — intends to transfer ownership in coming years to 3-Mile Mobile Home Park’s residents, who own their trailers but pay rent for the land on which they sit.

The sellers are the children of the late Ben Krueger, a longtime Vail Valley resident who had owned and maintained the park since the early 1980s. After Krueger died in November 2021, his four children discussed selling but wanted to find a way to preserve the community he fostered at 3-Mile.

“We feel blessed and lucky to be working with Manaus on a solution,” John Krueger said Thursday. “It would be hard for us to do without them.”

The Kruegers and Manaus went under contract on Wednesday. The sale is scheduled to close April 30, while Manaus is aiming to transfer ownership to its tenants in three to five years.

Manaus leaders are calling the 3-Mile undertaking a pilot project for a replicable model aimed at preserving these affordable neighborhoods and empowering their residents in the resort-industry corridor from Aspen to Parachute, where rent-seeking corporate entities’ acquisition of mobile home parks has contributed to an ever-worsening housing crisis.

Raised rents or redevelopment often have come on the tail of outside acquisitions of trailer parks.

The 55 parks in the region are home to about 3,000 homes where between 15,000 and 20,000 locals live in crucial — and increasingly rare — affordable neighborhoods. Manaus, its leaders said, aims to acquire five parks in the next five years, preserving what Manaus Executive Director Sydney Schalit calls “the last vestiges of affordable housing that isn’t governed by a housing authority or funded with public money.”

At 3-Mile, the median household income is $54,000, according to a survey conducted by Manaus, roughly 57% of Garfield County’s official area median income of $94,200. The Manaus strategy begins with engaging owners and residents before owners list a park for sale. That keeps the nonprofit from competing directly with deep-pocketed outside investors. Before 3-Mile, Manaus had attempted to organize a resident purchase at two other parks, only to see private equity groups outbid them in the end.

When Cavern Springs Mobile Home Park in Glenwood went on the market, for example, Manaus and residents organized to pull together $12 million in financing to purchase it, but were outbid by an outside investment group, according to Jon Fox-Rubin, a former Manaus executive director who now leads its housing-innovation project.

“That’s why we developed this intervention model,” Schalit said, referring to the strategy of intervening with owners before parks are listed for sale. “We don’t want to be long-term landlords. We just want to be a bridge to ownership.”

At 3-Mile, the Manaus team met with residents while negotiating with owners, Schalit said, laying groundwork for the complicated process of residents taking over governance and operation of a mobile home park in the coming years. The park was never listed for sale. As Manaus works on financing in the coming months, its community organizers will assist 3-Mile residents in forming a Colorado C corporation to start putting self-governance infrastructure in place.

“We’re going to try to learn a lot as we try this — we’ll open-share everything and then try to replicate it with smaller parks in the region,” Fox-Rubin said.

Between now and April — a negotiated extended window — Manaus must raise $250,000 to finance the deal. Along with serving as a bridge to resident ownership, the nonprofit plans to underwrite park operations and make improvements for maintenance and safety on the site.

Manaus also is partnering with the Aspen Valley Land Trust to sell a conservation easement on an undeveloped 7-acre portion of the park. The steep-sloped parcel, which has some informal trails used by the neighborhood, is expected to net about $400,000 and will allow Manaus to lower the eventual selling price — for the remaining 4 acres — to the residents. Manaus also plans to use grants and donations to bring down the price for residents as low as possible from the $2.4 million Manaus is contracted to pay for it.

“A goal of ours is to actually lower the price so that it feels really reasonable and approachable for the residents,” Schalit said.

The four Krueger children — Bern, John, Karl and Celynn — know they could have made more money from the 3-Mile sale. But they agreed that their father would have wanted them to find a path to preserve the community he had fostered for nearly 40 years.

The Kruegers moved to the Vail area from Denver in 1967 when Ben came to serve as the inaugural manager of the Vail Metropolitan Recreation District, through which he developed and maintained the resort’s first golf courses, tennis courts, ice rinks and ballfields. He had honed golf course maintenance skills in the U.S. Army, where he renovated a course at Fort Campbell in Kentucky. His Vail Daily obituary dubbed him a “backbone” of the Vail community.

He came to own the 3-Mile trailer park by trading half of his duplex home on the Vail golf course for it in 1983, according to Bern and John Krueger.

Into his 80s, they recalled, Ben Krueger would still visit the park and its residents every Tuesday to check up on maintenance, the water system, plowing and weeding along with neighborhood news.

“My dad was happy to do it because it gave him purpose in life,” Bern said of his father’s late-in-life service at 3-Mile.

Bern and John Krueger, as well as the Manaus leaders, noted the examples the elder Krueger set: working with tenants to find solutions when they couldn’t make rent; not raising rent rates regularly; and prioritizing community over profits. The Krueger sons said they wanted to find a buyer who would carry on that legacy.

“We know what our dad’s wishes would have been, which was not to maximize profit but to try and keep the homeowners in the park and enable them to find a way to hang in there,” Bern said.

In March, a Colliers International appraisal valued the park at $2.16 million, according to documentation provided by Manaus.

Longtime park resident Felix Jimenez had researched recent changes to Colorado law to support resident ownership of mobile home parks and, with the Kreugers, began the process by discussing a sale with Boulder-based Thistle ROC, a nonprofit that specializes in converting mobile home parks to resident-owned communities (ROCs). It also serves as the state-certified technical assistance provider for residents seeking to buy their mobile home parks.

A  string of new laws have aimed to make the process easier in recent years and kept Thistle ROC busy with ownership conversions across the state. But the Thistle financing model, using federal low-interest ROC loans, doesn’t generally work for parks with fewer than 30 homes, Fox-Rubin explained, in part because they require park residents to pay for technical services. Those fees, when they’re split among so few residents, are too much of a financial burden.

That led Jimenez and the Kruegers to Manaus and Schalit, who in August pitched to them the idea of buying the park with the intent of transferring ownership to residents. Just weeks earlier at a Manaus retreat, its leaders had set a goal of attempting this intervention model to preserve smaller trailer parks that the ROC model can’t help.

“We said, ‘We believe in how your dad managed this place, and we think we could extend that legacy,’” Schalit recalled. “The residents loved him, and we want to fill those shoes and keep those people here. Our real goal is to preserve the community.”

Jimenez, who raised five children in his three-bedroom 3-Mile home and has lived there for 35 years, grew close to Ben Krueger and in his spare time worked closely with Krueger on park improvements and maintenance.

“He was a good soul and really wanted to help the community,” Jimenez said.

Two of his grown daughters now live in their own homes in the park. Jimenez, 65, now works in property management but spent most of his career running a landscaping business and specialized in building waterfalls for the luxury home market around Aspen. He has championed collective ownership for the park and is relieved to have Manaus coming in as an intermediary owner to help residents take it over in the years to come.

“We’re all still trying to wrap our minds around the logistics,” he said. “But once we figure that out, it’s going to be a good thing. I’m really happy that we’re going to keep it a park.”

The majority of residents supported moving toward ownership in an initial poll in August. State law requires approval of at least 51% of park residents to assign the right to purchase to a nonprofit on behalf of residents. The Kruegers also committed to trying to make it work.

“We really fell in love with that idea,” John Krueger said. “It may not maximize profitability, but it sure seems like the right thing to do.”

John, a real estate broker, said he also heard from many private-equity groups that were interested in buying 3-Mile in the past year.

“I think I’ve probably touched base with every larger trailer park buyer group,” he said.

An adjacent property — a campground and tiny-home site called The Hideout — sold in 2019 to a San Francisco-based investment group called Pacific Current Partners for $5.6 million. That was more than $2 million above the asking price, according to the Kruegers. 3-Mile probably could have garnered a similar markup and probably would have been slated for redevelopment.

“So many people would have been displaced if we hadn’t gotten something going on here,” Jimenez said. “There are a lot of people in here that wouldn't have known where to go next.”

The Krueger siblings said they count themselves lucky that all four agreed that leaving money on the table was the right thing to do if it would keep the 3-Mile community intact.

Bern said they had followed news of park residents attempting and failing to buy their parks across Colorado, and hoped 3-Mile might light a new way forward.

“This is an opportunity to have a positive story amongst all these negative stories,” he said.

Schalit and Manaus have identified several like-minded small park owners on the Western Slope who are interested in selling while preserving their affordable communities.

“I think there are a lot more owners of parks similar to the Krueger family that are really well-intentioned and just don’t know their options,” she said.