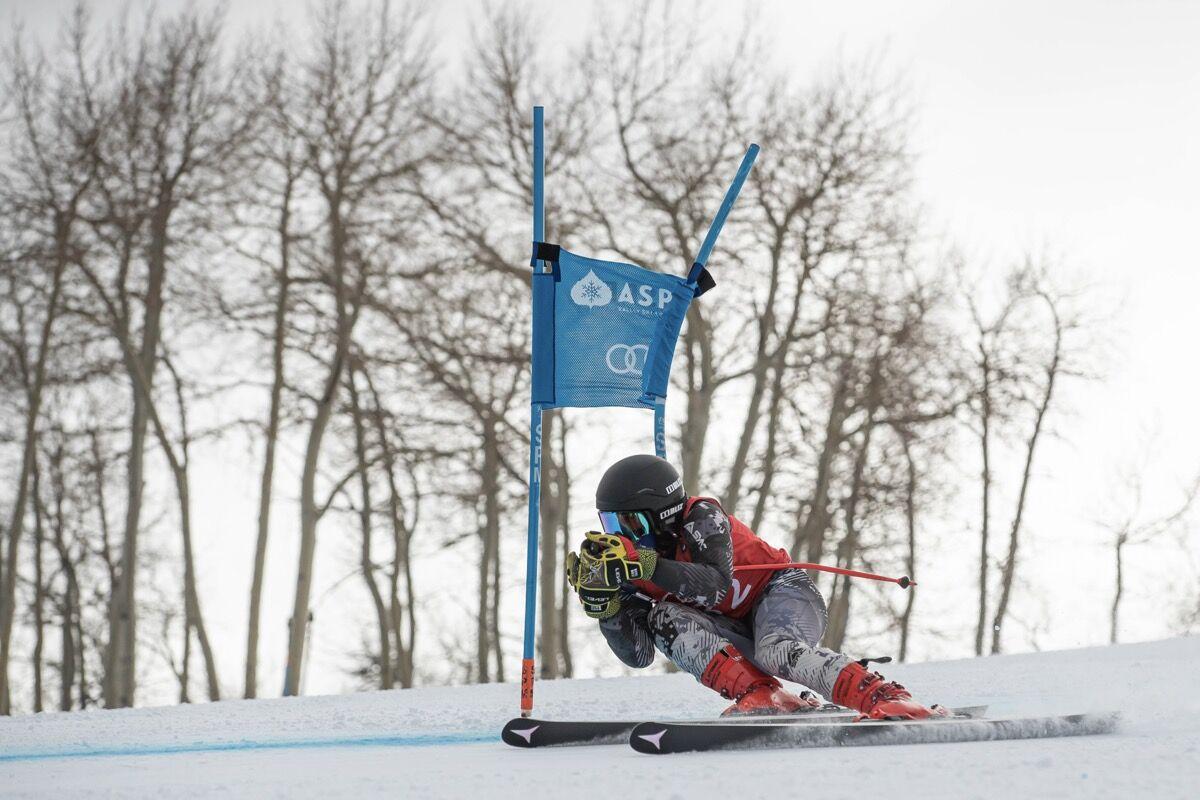 Stanley Andrie of Ski and Snowboard Club Vail competes in the Wilder Dwight speed series super-G at Highlands on Wednesday, the same day U.S. Ski and Snowboard announced that Aspen would host the NorAm Finals races in early April. 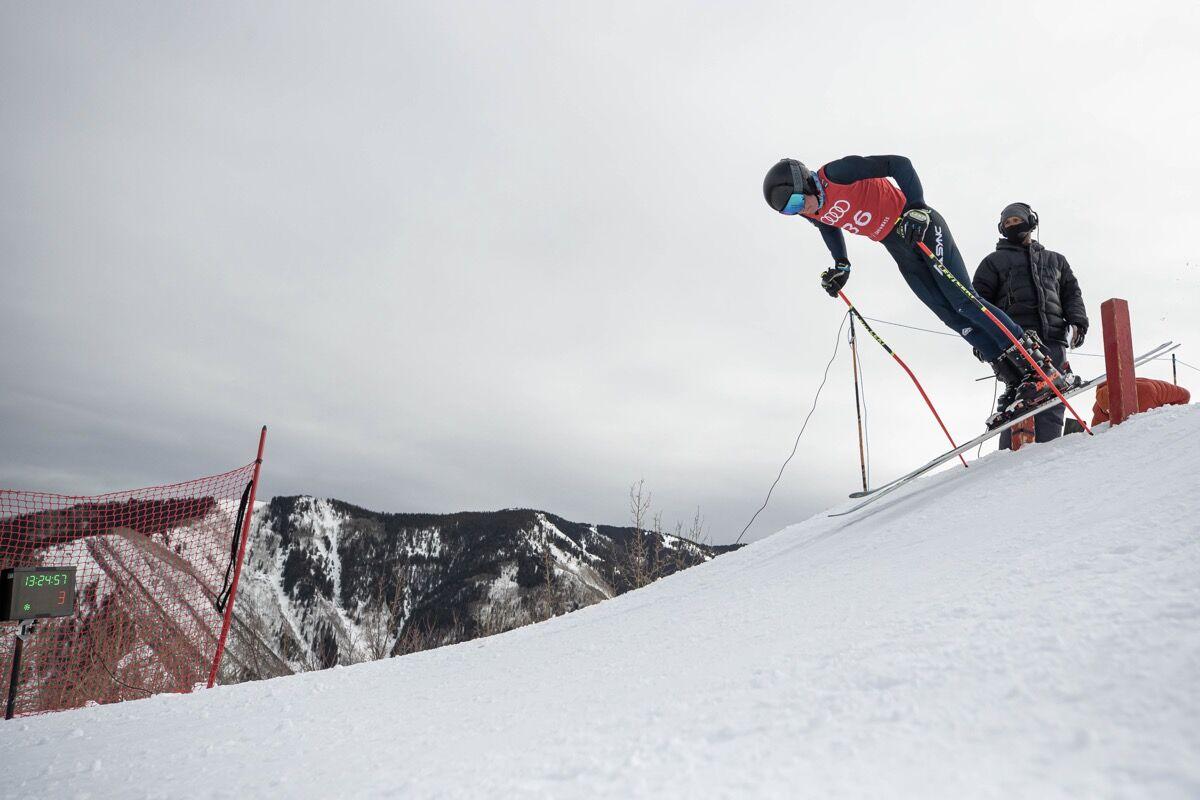 Brooks Overstake takes off from the start gate of the super-G race Wednesday at Aspen Highlands, part of the Wilder Dwight FIS and Sync USSA races designed for athletes 14 and older. The speed races are named in honor of Wilder Dwight, a three-time junior champion who died in 1986 after skiing into an open mine shaft on Aspen Mountain’s Peanut Butter Ridge.

Stanley Andrie of Ski and Snowboard Club Vail competes in the Wilder Dwight speed series super-G at Highlands on Wednesday, the same day U.S. Ski and Snowboard announced that Aspen would host the NorAm Finals races in early April.

Brooks Overstake takes off from the start gate of the super-G race Wednesday at Aspen Highlands, part of the Wilder Dwight FIS and Sync USSA races designed for athletes 14 and older. The speed races are named in honor of Wilder Dwight, a three-time junior champion who died in 1986 after skiing into an open mine shaft on Aspen Mountain’s Peanut Butter Ridge.

Aspen will host the 2021 NorAm Finals in April, U.S. Ski and Snowboard announced Wednesday. This year’s races will mark the first time that they have been staged here in five years, and are the second major winter sports competitions on Aspen’s calendar this pandemic winter.

All of the races, which begin April 5 with downhill training and finish April 16 with the parallel event, will be run at Aspen Highlands and after the mountain has closed for the season on April 4. COVID-19 related restrictions will be in place.

“I think it’s great for the sport and the athletes. There’s not much out there for them right now and next year is an Olympic year. Getting reps, results is critical,” said John Rigney, senior vice president for Aspen Skiing Co., on Wednesday.

The 2021 NorAm Finals will feature all of the alpine events, downhill, super-G, giant slalom, slalom and a parallel race. Johno McBride, alpine director for Aspen Valley Ski and Snowboard Club, said he believed the downhill would be a two-run race.

“We are super psyched to do it,” said McBride of the NorAm Finals. “Having high-level ski racing here is good for us and good for them,” he added.

Aspen last hosted the NorAm Finals in 2016 as a test for the 2017 FIS World Cup Finals. Wiley Maple, Aspenite and now retired U.S. Ski Team member, won the downhill and wrapped up the NorAm Cup title when it was held on Aspen Mountain. Maple was not available to comment before deadline.

U.S. Ski Team members Bridger Gile and Cooper Cornelius, of Aspen and Glenwood Springs respectively, would be likely candidates to ski in the finals as would women’s team member Bella Wright, who has trained with AVSC. The athletes, who are competing in Europe, could not be reached Wednesday.

John Rigney said SkiCo will “lean heavily” on AVSC to produce the NorAm Cup Finals. AVSC has had plenty of test runs on the Highlands venue recently, including the Ajax Cup on Dec. 30, FIS alpine races last weekend and the Wilder Dwight legacy events that started their weeklong run Wednesday. Results are at:

Buttermilk Mountain will host a spectator-less X Games Aspen in two weeks; Rigney said he’s been impressed by the work that’s been put in so far by the event’s partners, ESPN, Pitkin County and SkiCo.

“I feel the formula for X is really solid,” Rigney said.

He said the NASTAR national championships are “being discussed” for Snowmass for the first week in April 2021 as well; NASTAR Director Bill Madsen said Wednesday a final decision and announcement are pending.

Aspen is also scheduled to host the U.S. Alpine Tech championships in 2022, according to U.S. Skiing, which were canceled last spring at the very beginning of the pandemic.

In a prepared statement, AVSC Executive Director Mark Godomsky said, “We are excited to welcome others to Aspen Highlands and the Stapleton Training Center this spring for the NorAm Finals and are grateful for the opportunity to host races, especially a series of this caliber, this season.”

Godomsky’s statement also noted, “The Stapleton Training Center at Aspen Highlands continues to be an incredible resource for our Aspen Valley Ski & Snowboard Club athletes. In a season where many clubs have struggled to secure consistent and quality training space, we feel incredibly lucky to work with Aspen Snowmass to provide safe, productive training on this world-class venue.

SkiCo’s Rigney said the 2021 NorAm Finals are a “great springboard for what promises to be an interesting Olympic year.”

There will likely be volunteer opportunities during the series, despite the pandemic, according to Rigney. Like others who spoke for this article, there was optimism that the landscape surrounding COVID-19 will improve in the next few months.

“There will be an effort to get the community involved in a voluntary capacity as these events are always pretty tough to fully staff,” Rigney said.

More information will be available “as we get closer and have a better feel for the operating climate,” he added.