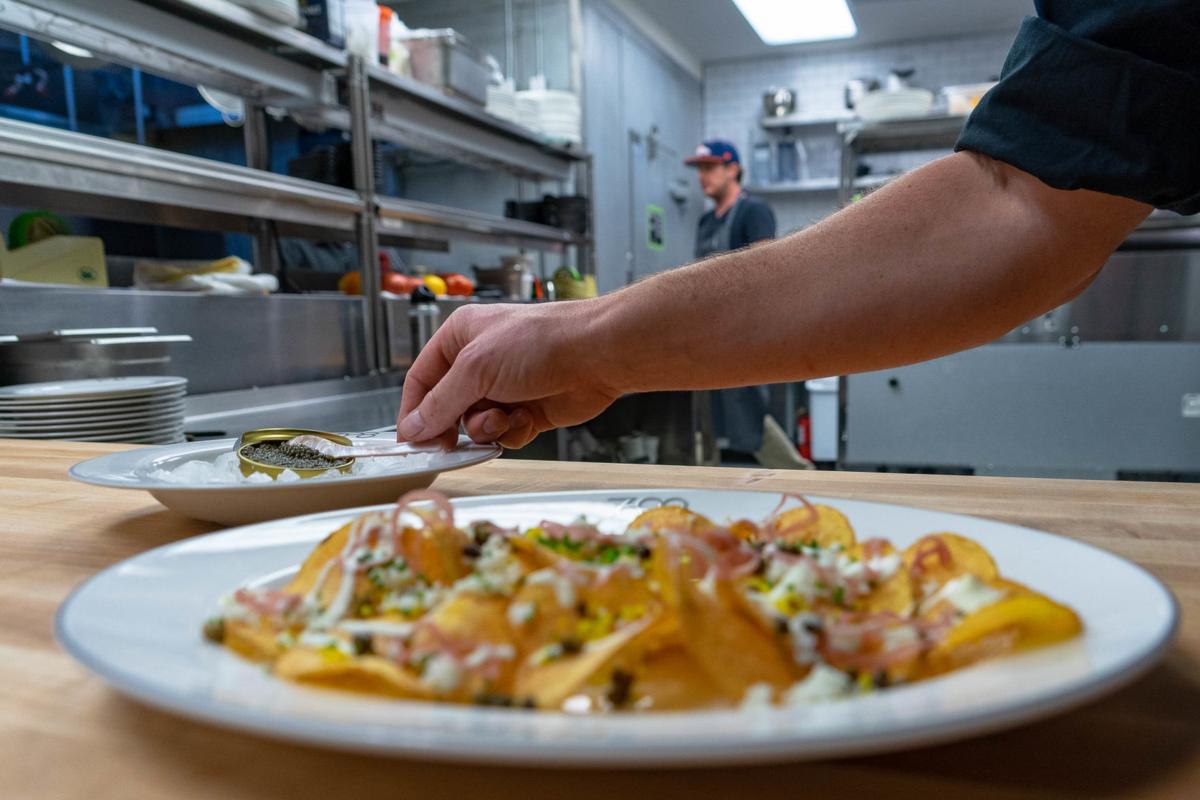 A $120 plate of Aspen Nachos, complete with an iced can of Imperial Osetra caviar, is prepared in the kitchen of 7908 Aspen, a new restaurant on the Hyman Avenue Mall. 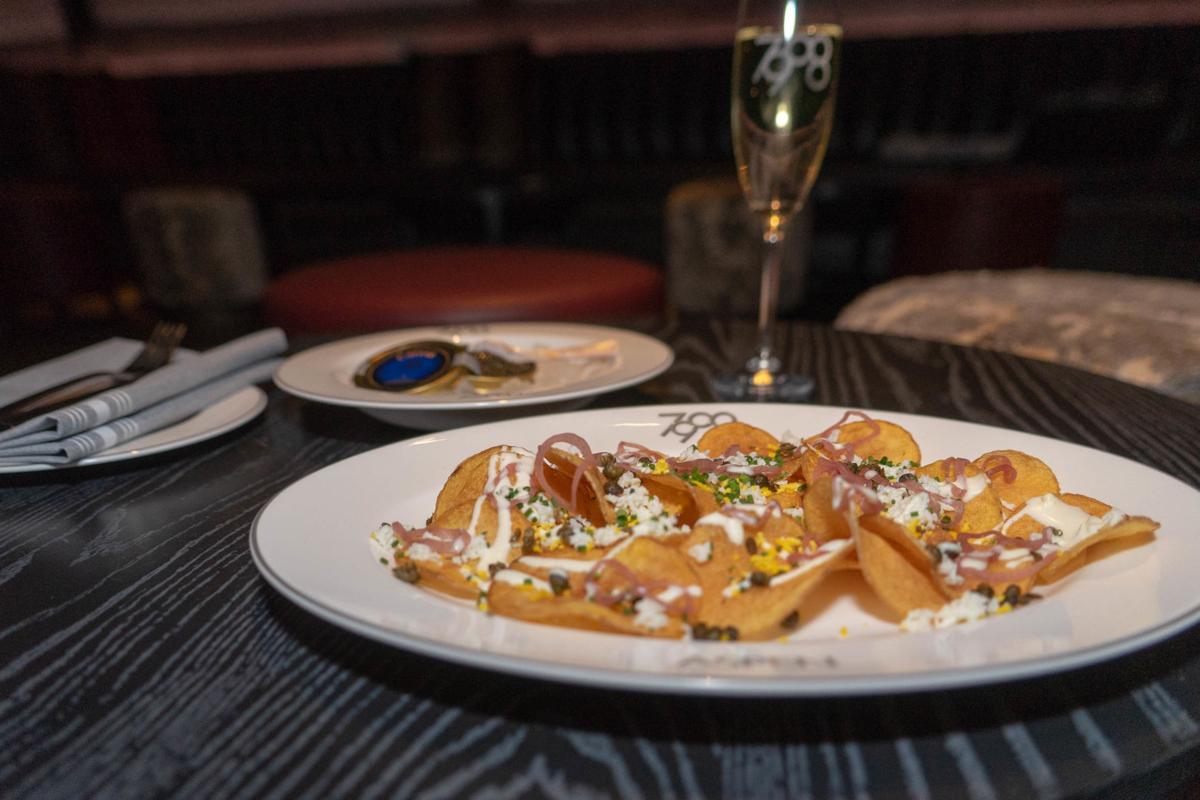 Even in Aspen, it’s jarring to see nachos on a bar menu followed by {90/120}. But one quickly realizes those prices are not typos when you read the key ingredient: your choice of Calvisius Siberian Royal or Imperial Osetra caviar.

Roger Wilson, the proprietor of 7908 Aspen, the new supper club in the old Finbarr’s space on the Hyman Avenue Mall, said Thursday that the two types of highfalutin (and ridiculously sumptuous) nachos are not a marketing device.

“Taste is never a gimmick,” said the former actor who appeared in “Porky’s.”

When Wilson visited Aspen in the 1970s, the atmosphere of places like Andre’s, the Tippler and the Mother Lode left a paradoxical impression.

The infamous and regrettably defunct establishments walked the line between elegance and watering hole — Andre’s had a third-floor disco and modestly priced drinks but also Dom Pérignon; the Tippler, aka the Crippler, excelled, in the words of Aspen Times columnist John Colson, “at its role as a meat market for the town’s unattached of all sexes”; and the Mother Lode had both gourmet grub and a mellow bar.

What none of them had, however, were caviar-infused nachos with the pedestrian Calvisius Siberian Royal for $90 or, if one perhaps wants to splurge, the Black River Imperial Osetra for $120.

Wilson interrupted: “What makes it a nacho is the chip. What makes it Aspen is the caviar. It’s the sexiest nacho in the world.”

The potato chips are made and fried in house using Yukon Gold potatoes (despite the price, not actual gold) and are topped with crispy capers, egg mimosa, cultured cream, pickled shallot, fresh chive and créme fraiche. The tin of pearly caviar, which comes from Uruguay (a ban on eggs from endangered Beluga sturgeon in the Black Sea, stemming from over-fishing, is expected to be lifted soon, Wilson said) is presented in an ice bath with a silver spoon.

Despite the prices, the nachos have proved to be one of the fledgling restaurant’s most popular dishes, Wilson said, adding he expects it to rise in popularity with wintertime visitors from Russia. Walker estimated 45 of the dishes have been sold since 7908 Aspen opened in late July.

“You have to understand your clientele,” he said. “It makes sense in this climate. I think it’s a very interesting item. It’s an indulgence.”

Walker and Wilson met in New Orleans, and “the minute I conceived of this place, we had to have caviar,” Wilson said. “It’s the Tiffany Diamond of food.”