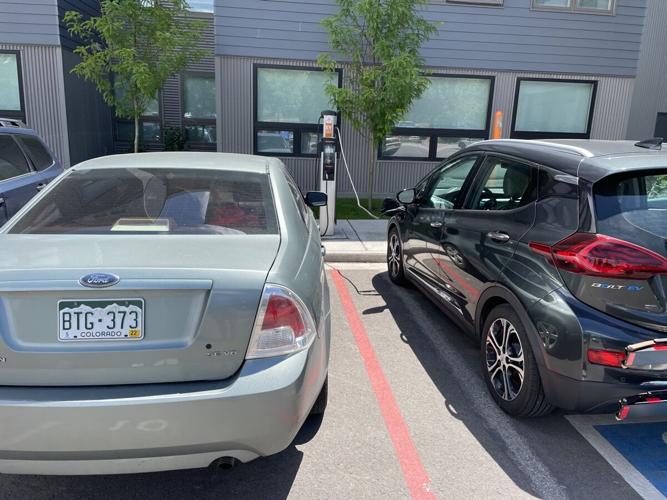 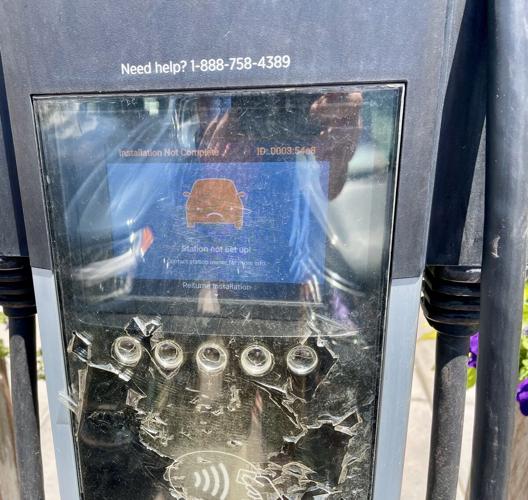 The image of a car with a frown greets electric vehicle drivers hoping to charge at Whole Foods in Willits. The two charging stations have been out of commission for an extended time.

The image of a car with a frown greets electric vehicle drivers hoping to charge at Whole Foods in Willits. The two charging stations have been out of commission for an extended time.

Batting .400 is phenomenal for baseball players but not so great when it comes to operable electric vehicle chargers.

Governments and private entities have effectively blanketed the Roaring Fork Valley with charging stations from Aspen to Glenwood Springs, but the problem is not all of them work.

There is an exception.

“I will say this, the Tesla stations are way better, flawless,” he said.

Several other companies make and are supposed to maintain the charging stations for all electric vehicles other than Teslas. Lane said he has witnessed problems with various models of stations. Cables get ripped out and attachments for the plug in the vehicle get damaged, and there have been myriad other issues. The high-voltage stations are programmed to shut down when something goes haywire.

“I see mechanical failures up and down the valley,” said Lane, who has been running EVs for 10 years.

Take Willits Town Center, for example. The ­relatively new development is touted as an example of new urbanism, where businesses and residences are close to a mass transit stop, everything in the core is within walking distance and electric vehicles have been embraced. Charging stations with capacity for 11 vehicles have been installed in the last few years.

However, a survey of the stations on July 10 showed that only four worked that day, five were out of commission and two were inaccessible and not necessarily intended for public use. That’s a batting average of slightly less than .400.

The two most visible charging stations are near the front entrance to Whole Foods Market in the heart of Willits. The cracked and fogged screen on one of the charging stations has a cartoon image of a car with a frown. “Station not set up,” the screen says.

Comments on plugshare.com — an app to help EV users locate charging stations and report issues — indicate the problems with the charging station at Whole Foods have been ongoing for months and the app signifies this with a wrench covering the site. There is a toll-free number listed at the station that users can call to report a problem.

For now, the two spaces at the station are glorified parking spots marked for EVs. On July 10, one spot was occupied by a gas-powered Volvo sedan with California plates. The other space had EVs pulling in and out as drivers realized they couldn’t charge.

Whole Foods Market’s national website says the company embraces EV technology and has installed more than 200 charging stations at its stores. A national media representative couldn’t be reached for comment on the ongoing issues with those stations in Willits. A representative of the local store said the stations are scheduled to be replaced but the exact timing was unknown.

The best bet for charging in Willits is along the west end of Market Street, between Aspen Skiing Co.’s employee housing building called The Hub and the performing arts center called The Arts Campus at Willits. SkiCo installed charging stations capable of handling four vehicles at a time as part of its requirements to build out the streetscape. The free stations are actually the property of the town of Basalt.

On July 10, three charging stations were operating there, while one was out of commission.

One block to the east, a free station at 220 Market St. also was out of commission and comments on plugshare.com indicated there have been problems at the site all year.

On the east end of Market Street, a pay charging station outside of Element Hotel was working. A new station in the rear parking lot of the new Steadman Philippon Center in Willits wasn’t activated as of July 10. The orthopaedic center opened during the spring.

That leaves two other chargers in Willits that fall in a gray area. SkiCo installed two stations in its private parking lot behind its employee housing building. It wasn’t established with the intent of serving the public, said Philip Jeffreys, SkiCo director of housing development. However, he doubted anyone would mind if someone hooked up their EV at the stations.

That would have been a problem on July 10. A gas-powered sedan was parked in one of the two spaces directly in front of the chargers. The other space was designated as a handicapped space, creating confusion as to whether it could be used for charging for a driver who wasn’t handicapped.

Jeffreys said SkiCo constructed the building with the future in mind. Currently, conditions are kind of “the Wild West” with EV technology, he said.

Eventually, EV use will be widespread. With that in mind, SkiCo placed the conduit for 12 charging stations, or 26% of all spaces in its private parking lot.