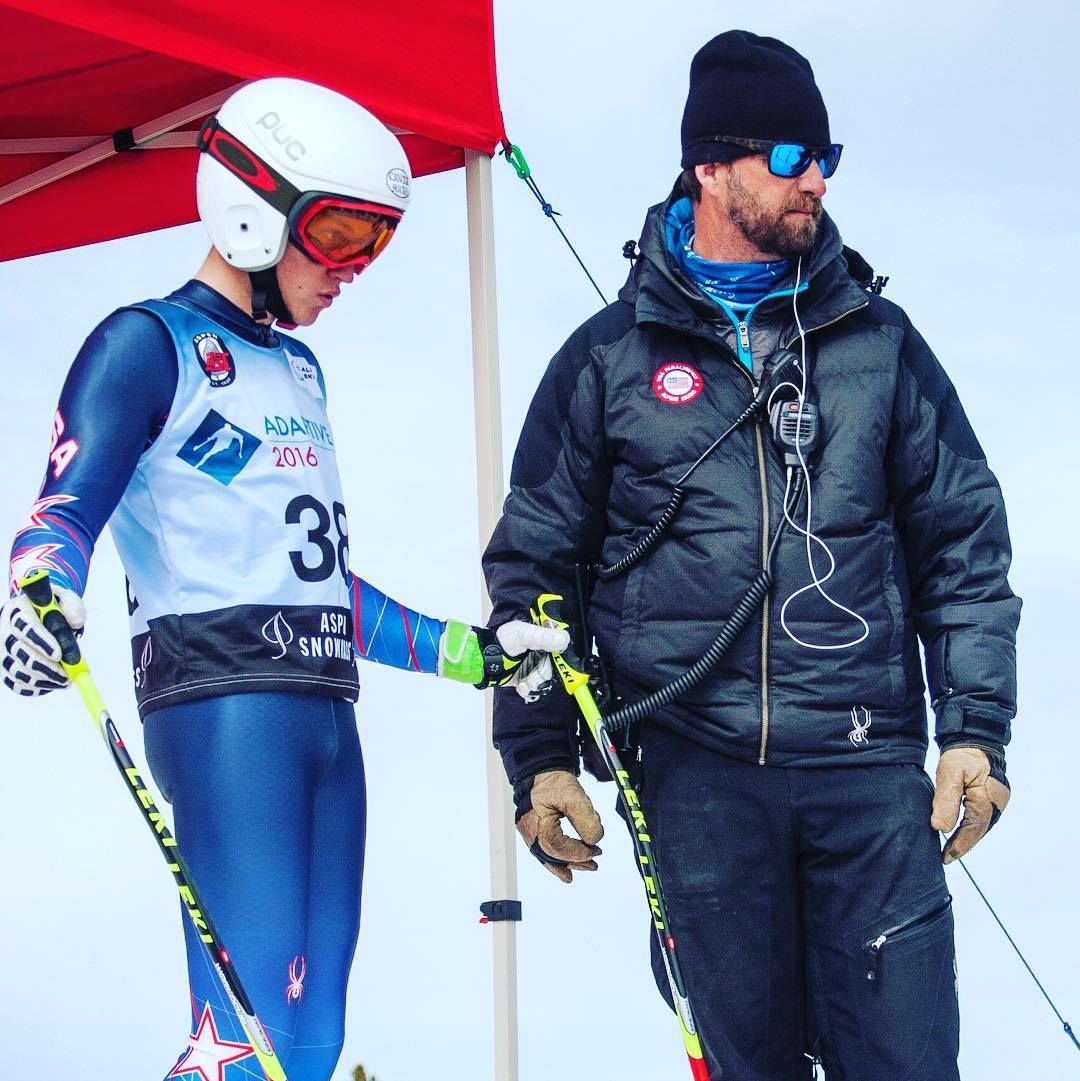 Thomas Walsh gets ready to start in the 2016 World Cup Finals for Paralympic skiing at Buttermilk as Kevin Jardine, U.S. Paralympics director and coach, looks on. Walsh is one of 10 national team Paralympians with Aspen ties who will compete at the Winter Games in Pyeongchang that run March 9-18. 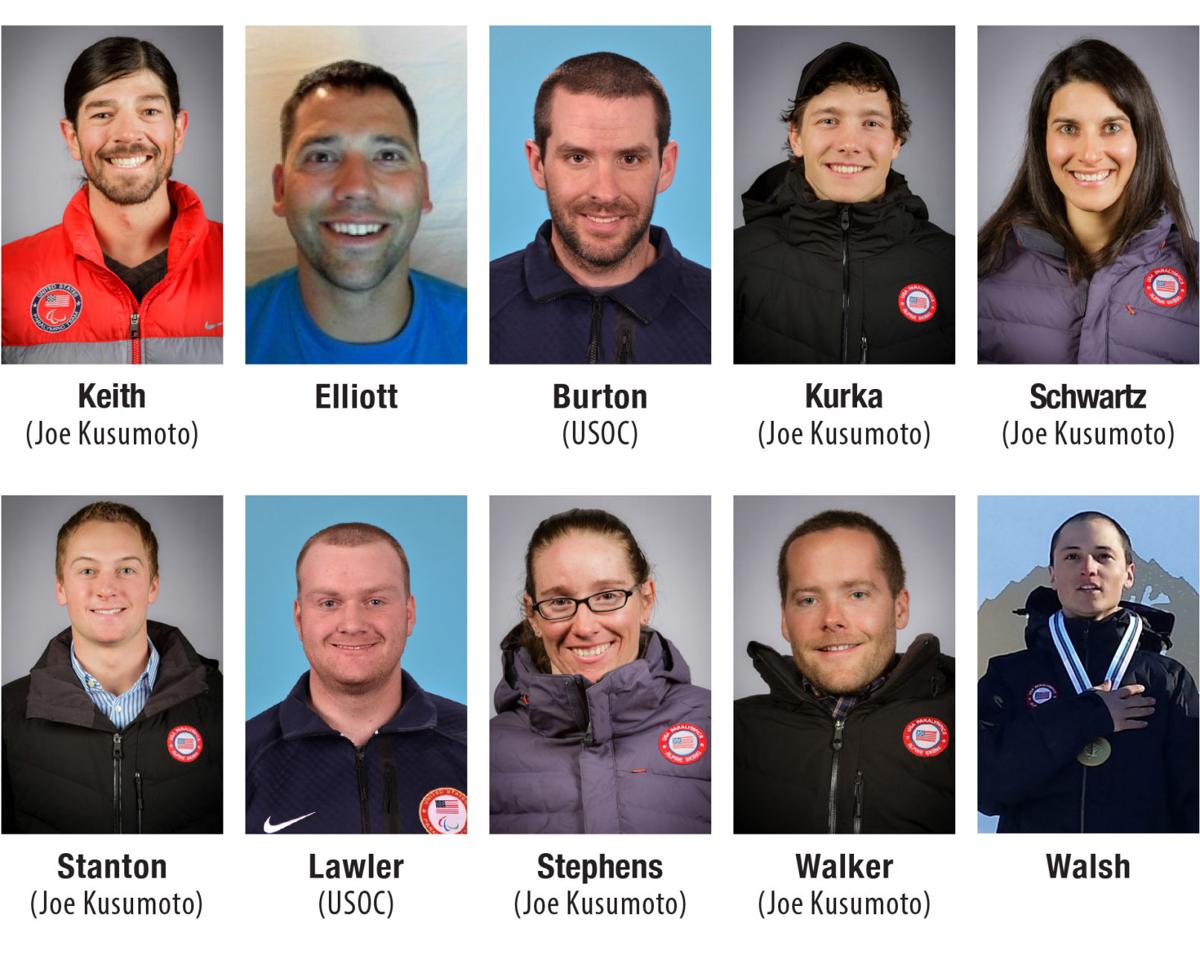 Thomas Walsh gets ready to start in the 2016 World Cup Finals for Paralympic skiing at Buttermilk as Kevin Jardine, U.S. Paralympics director and coach, looks on. Walsh is one of 10 national team Paralympians with Aspen ties who will compete at the Winter Games in Pyeongchang that run March 9-18.

The athletes attacking the Alpine skiing and snowboarding courses beginning next week at Jeongseon Alpine Centre in Korea for the Paralympic Winter Games Pyeongchang 2018, aren’t named Vonn, Shiffrin nor Ester. But their identities may soon be just as familiar as the 2018 Winter Olympics medalists.

Skiers Laurie Stephens and Thomas Walsh are among the 10 U.S. National Paralympic Team athletes — nine skiers and one snowboarder — who base out of Aspen Highlands and are familiar faces on the hill and in the local community.

All accomplished on the World Cup and World Championships levels, the athletes will compete for the United States at the Paralympics, March 9-18, and have used Aspen as their training base while working the past several years with Kevin Jardine, director of Paralympic skiing and snowboarding for U.S Paralympics, and coach Ben Black.

In coach Jardine’s sixth Paralympics — he has been involved with adaptive skiing since 1994 — he believes the Aspen-based national team members have great podium potential.

“We have medal contenders in every event,” said Jardine, who lives in Carbondale when he isn’t living out of a suitcase. “Pretty much everyone going to the Games is a medal contender in something.”

This year there’s a more targeted approach to who enters what race, according to Jardine.

“We’re trying to have the athletes really focus on their strengths and be as prepared as they can for events,” he said.

The U.S. team — 54 men and 20 women — include six guides for those athletes with a visual impairment.

The team’s Aspen-based Paralympian athletes include the following members:

An alpine skier, he moved here for the 2011/12 season when he was identified as a rising talent by program directors Barrett Stein and Jonathan Mika from Aspen Valley Ski and Snowboard Club, which has served as a training ground for future national team members. Tim Emling is the current adaptive program director and head coach for AVSC.

“My goal from the day my first day in ski racing was to make the 2018 Paralympics as someone who has a high podium possibility,” said Elliott, who is a double above-knee amputee and former Marine, on Tuesday.

While not named to the Olympic team four years ago, he did qualify for the world championships the following season.

Elliott has been hard at work since first time trying a snow sport seven years ago, even if that’s meant being separated from his wife, who lives in San Diego, and his family in Yakima, Wash. Before being recruited by AVSC, he worked with the Disabled Sports USA program at Mammoth Mountain, Calif.

A slalom specialist and strong technical skier, Elliott’s coach Jardine calls him a “medal contender in slalom.” He lives in Aspen Highlands Village.

A visually impaired skier, he worked with local Chris “Tats” Tatsuno as his guide for three years. But a 2016 foot injury by Tatsuno has put him out of commission for the Paralympics, so Burton recruited a military veteran like himself, Brandon Ashby, to do the ski guiding which is aided by speaking commands out loud.

The new partnership has been successful and the duo relocated to Ashby’s home base of Park City, Utah, for the season. Burton is adaptable to change: In 2014, he competed in the Paralympics as a cross-country skier.

“Kevin decided to switch to Alpine after Sochi,” said Jardine.

Burton and Ashby are considered medal contenders in downhill and super-G. Like Ester Ledecka of the Czech Republic who stunned the field in the skier super-G but not in her favored event, snowboard Olympic parallel slalom, Burton is a multi-talented competitor.

One of the best chances the U.S. team has for a gold medal comes from Andrew Kurka, a native Alaskan who is the reigning world champion in downhill. Of the two downhills held during 2017/18, he won one of them. Kurka competes in the sit ski events.

“He’s the favorite in downhill and he’s got podium potential in downhill, super-G and giant slalom,” said Jardine.

The enigmatic Kurka, who moonlights as a radio host and sometime X Games announcer (he did the call for the Mono Skier X of three years ago) is “skiing a little wiser” than even just a few years ago, said Jardine. “He’s matured for sure and has learned what it takes to be competitive in different disciplines.”

Though ranked 10th in the world in slalom, that’s the one Alpine skiing event he won’t enter in the Paralympics.

Canadian by birth, Schwartz joined the U.S. national team five years ago and was a familiar face on the United Airlines commercials for the Sochi Paralymipcs in 2014.

The Basalt resident comes into Pyeongchang on the mend from an MCL injury suffered in France last month, but has been cleared by the team doctors as ready and able to compete on the steep Jeongseon slopes that drop 2,700 vertical feet and culminate in a big jump that felled some Olympians during the Feb. 21 women’s event.

Jeongseon, which is a three-run resort built only for the Olympics and will be torn down following what is readily called “The Para’s” will host all of the skiing and riding events.

Schwartz was born without a femur and competes as a one-legged skier.

“She’s skiing pretty well but will be going to the Games with a brace on,” Jardine said.

In his second Paralympics, Jamie Stanton is considered a favorite in the slalom. He won the Pyeongchang test event last year and a World Cup slalom already this season. Stanton competes in men’s standing after being born with fibular hernimelia, which required his right leg be amputated below the knee.

The Michigan native is a University of Denver undergraduate student who won Freshman of the Year for his academic excellence. This summer, Stanton will apply his business acumen to a job on Wall Street.

Considered to be a “fearless downhill and super-G skier,” Stephen Lawler has the scars to prove it. Just prior to the Sochi Olympics season he tore his rotator cuff and wasn’t healthy enough to compete.

By 2017, Lawler, who was born with spina bifida and competes on a monoski, was well past injury as evidenced by his silver medal in the World Championships downhill. But in the run-up to Pyeongchang 2018, Lawler suffered another rotator cuff injury, this time to the other shoulder.

“He has decided to go to Pyeongchang with the help of a brace and some tape,” said Jardine, who explained that for a sit skier, a rotator cuff injury has an impact similar to a blown knee on someone standing.

Stephens, who was born with spina bifida, first ventured on skis in 2004 and will be the most decorated Paralympian at the 2018 games. But despite her aggressive demeanor on the slopes, she is modest when not competing and coach Jardine doubts that even if asked, she would decline to carry the U.S. flag at the opening ceremony, where the Olympic cauldron will be reignited.

Stephens resides in the valley year-round and while a strong racer in all of the events, she excels in downhill and super-G, the latter event which earned a silver medal this year in the World Cup Finals (which preceded the Paralympics).

The most infamous crash from Sochi was Tyler “T-Bone” Walker’s downhill spill which led to one of those helicopter evacuations which Jardine earlier referenced.

The sit skier who first hit the scene in the early 2000s is now in his fourth Paralympics and he’s entering with a solid season of multiple podiums in giant slalom and slalom. Super combined, which uses one run of super-G and one run of slalom, is Walker’s best event.

A New Hampshire native, he lists Park City as an address though like many of the athletes, “he’s a bit of a nomad,” Jardine said. Like Laurie Stephens, Walker started his reanimation on snow through the Snowmass Village-based Challenge Aspen nonprofit. According to Jardine, in the Vancouver Paralympics, eight skiers had a connection to Challenge Aspen.

Walsh, 23, was an accomplished able-bodied skier, and famously, Mikaela Shiffrin’s prom date, before a form of bone cancer struck him as a teen. He watched Shiffrin compete in Sochi and decided to try out adaptive skiing, eventually relocating here for training three years ago.

Walsh, a Vail resident, competes in the men’s standing division and has been on a tear for the 2017/18 season.

“He has had four World Cup podiums this season,” Jardine noted of the versatile speed and technical skier.

The only snowboarding national team member with direct Aspen ties, Keith Gabel will compete in his second Paralympics next week. He had his left foot amputated in 2005 following an industrial accident.

Gabel was a bronze medalist in Sochi — the U.S. swept the boardercross podium — and he is considered a legitimate podium prospect in boardercross and banked slalom.