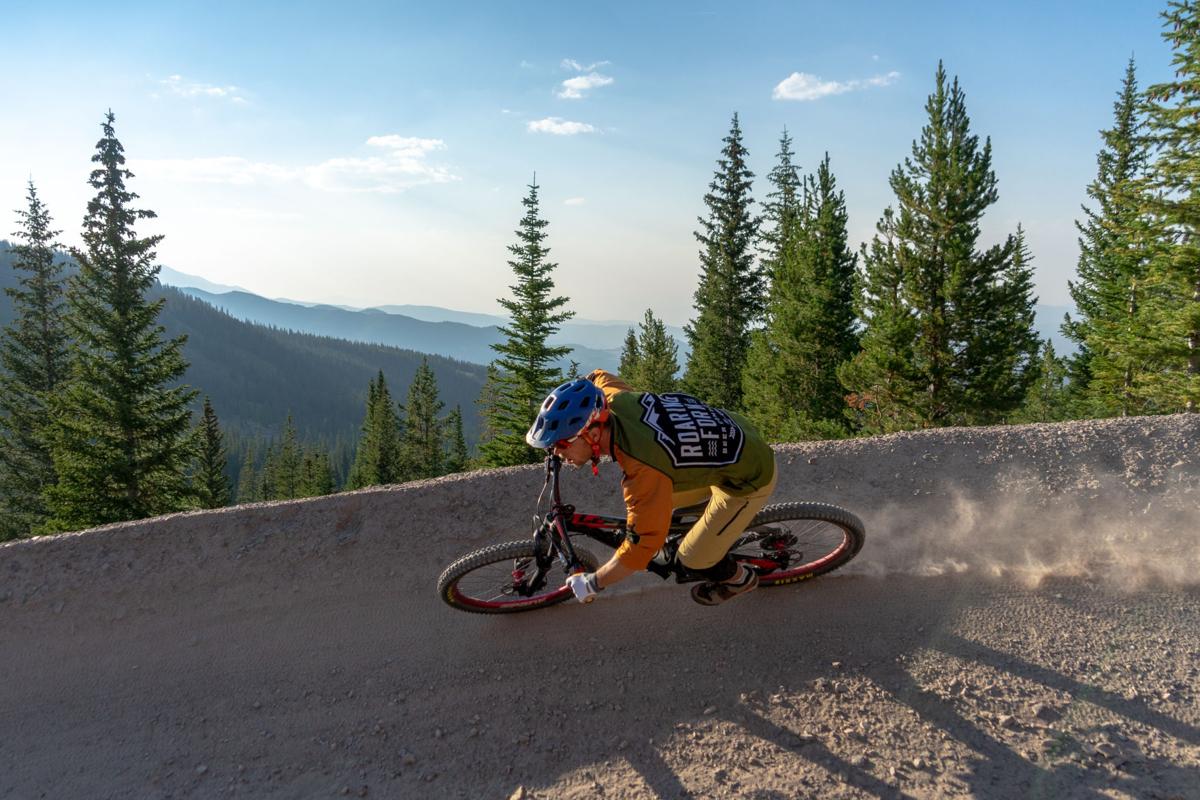 A mountain biker handles a banked turn, enjoying one of the recently-built flow trails on Snowmass Ski Area. The expansive network of local trails and their variety contributed to the Roaring Fork Valley earning a gold-level ride center designation from the International Mountain Biking Association this week. 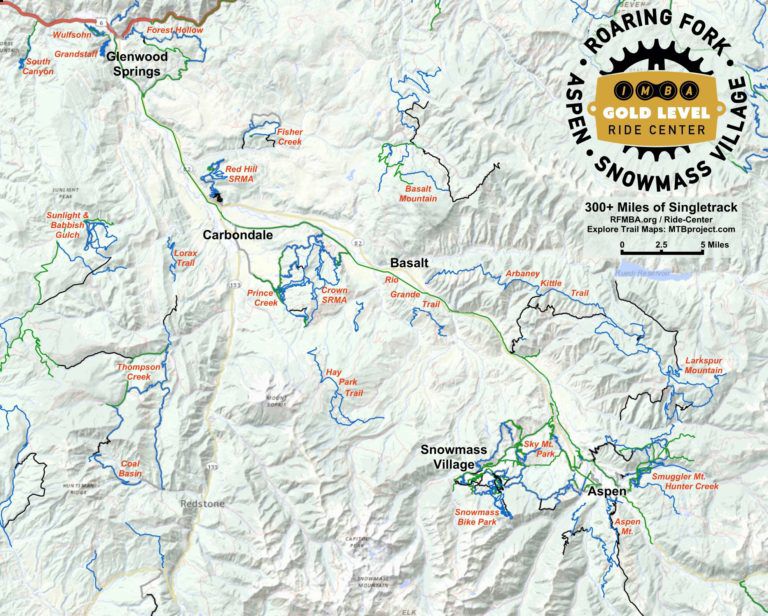 A map shows the trail networks throughout the Roaring Fork Valley that were evaluated to earn a gold-level ride center designation from the International Mountain Biking Association.

The International Mountain Biking Association has named the Roaring Fork Valley as a gold-level “ride center,” making it the first destination in Colorado and the fifth in the nation to earn the designation.

The designation elevates the valley’s mountain-biking trails from bronze status, which was attained in 2014.

Mike Pritchard, director of the Roaring Fork Mountain Biking Association, said the variety of riding in the valley was key in the designation, as well as the amenities available from restaurants and events to hotels and campgrounds to hospitals and transportation systems. He also credited the 11 public land management agencies in the valley that host the trails, as well as the municipalities, counties and chambers of commerce that support and market the sport.

From Glenwood Springs to Aspen, the valley boasts more than 300 miles of single track, ranging from technical forested climbs to lift-served flow trails. Of that, about 225 miles are classified as traditional single track, 46 miles are “bike optimized” and 23 miles — all at Snowmass Ski Area — are gravity bike trails, meaning they are served by a chairlift. Trail networks throughout the valley also have seen a decade-long growth spurt, contributing to 100 miles of new trails added since 2008, according to a fact sheet.

IMBA gold-level evaluation criteria include a variety of trail types, overall trail mileage, quality of trail experiences, destination best practices and local services, according to a news release. The Roaring Fork Valley’s system of trails scored high marks in each of these categories, the release says.

Pritchard noted that not all mountain-biking destinations have been evaluated by IMBA. For example, Moab, Utah — by any measure one of the best mountain-biking areas on the planet — is not counted among the ride-center tiers. Neither is Crested Butte, which is also renowned for its single track.

“It goes to show there are amazing places that have not played this game,” Pritchard said.

The other gold-level ride centers in the U.S. evaluated and recognized by IMBA are Park City, Utah; Boise, Idaho; Duluth, Minnesota; and Oakridge, Oregon.

IMBA recognizes 15 silver-level ride centers in Colorado, including the Vail Valley and Steamboat Springs, and 20 at the bronze level.

Pritchard said he hopes the designation will help locals — from the bike-riding community to lodging and tourism operators — understand how good we have it and recognize the work it takes to achieve such a status. He credited the volunteer hours put in each season by countless locals to build and maintain trails.

The designation will likely elevate the valley as a place more people from the regional, national and global riding community will want to come check out, Pritchard said.

The RFMBA webpage discussing the ride center designation highlights the “Aspen Snowmass Mega Loop” as an epic route worthy of outside attention. The 60-mile loop incorporates Smuggler and Red mountains, Sky Mountain Park, the Rim Trail and the Government Trail, among many others.

Pritchard said he recognizes the sometimes conflicting intentions of his role as the leader of the area’s mountain-biking advocacy group. We are blessed to have fairly empty trails on most days, but at the same time, he sees it as his mission to grow the mountain-biking community.

You could take a selfish attitude and say you want it all to yourself, Pritchard said, but it’s more complicated than that. Improvements to the system that benefit everyone need broad-based support and use. If trails get too crowded, Pritchard will be on the front lines arguing for more options.

The RFMBA has roughly 350 members, he added, and 35 local businesses are also signed up.

“We are not reaching everybody but we’re doing our best to represent everybody,” he said.

Also involved in the ride-level designation, which was unveiled at a presentation on Wednesday afternoon in Snowmass, are the Aspen Chamber Resort Association, Aspen Skiing Co., the Basalt Chamber of Commerce, Carbondale Chamber and Tourism, Visit Glenwood Springs and Snowmass Tourism.