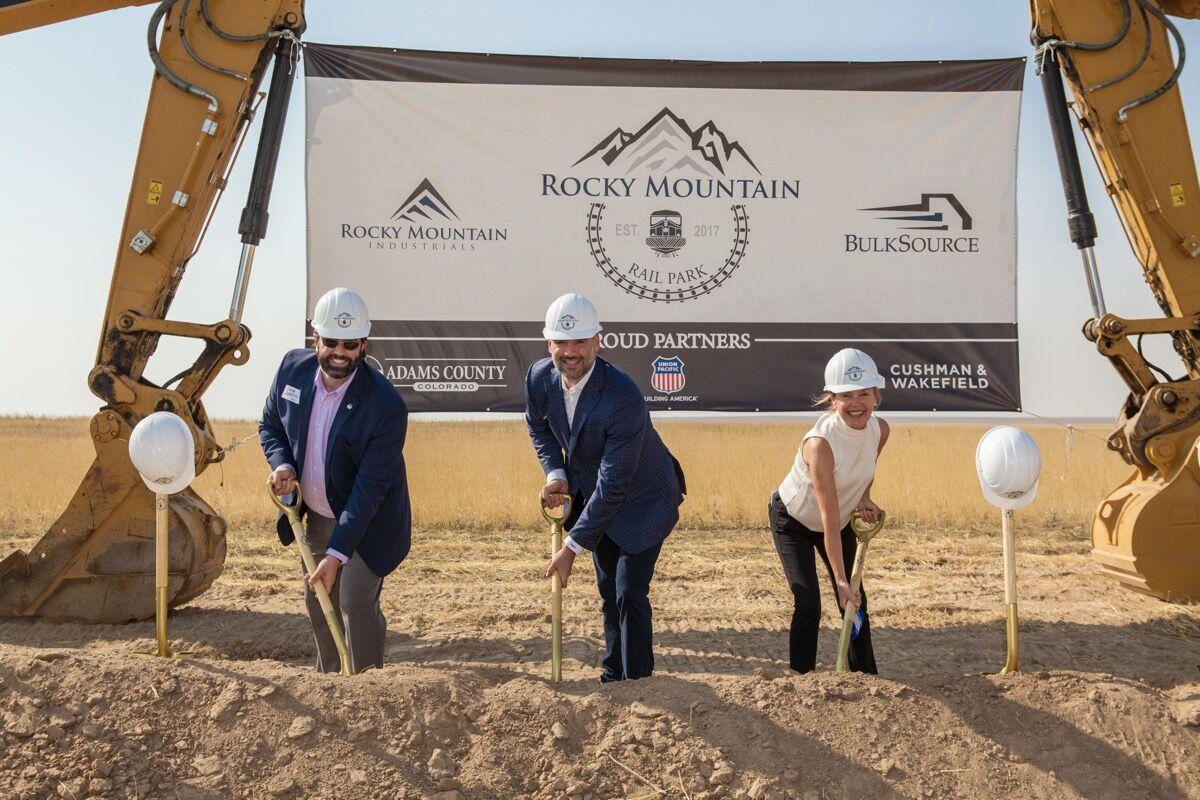 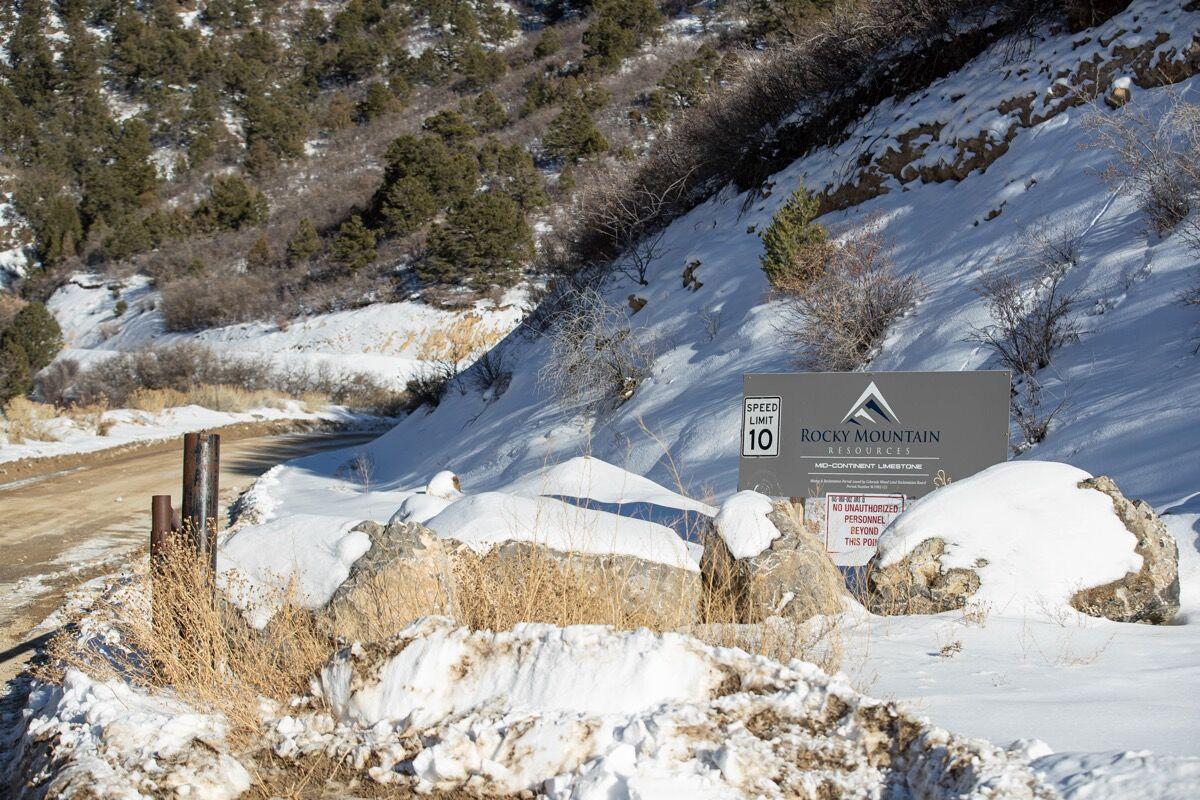 Rocky Mountain Industrials, formerly Rocky Mountain Resources, counts the Mid-Continent limestone quarry as one of its two primary assets. Its proposed expansion is currently under review by the Bureau of Land Management. 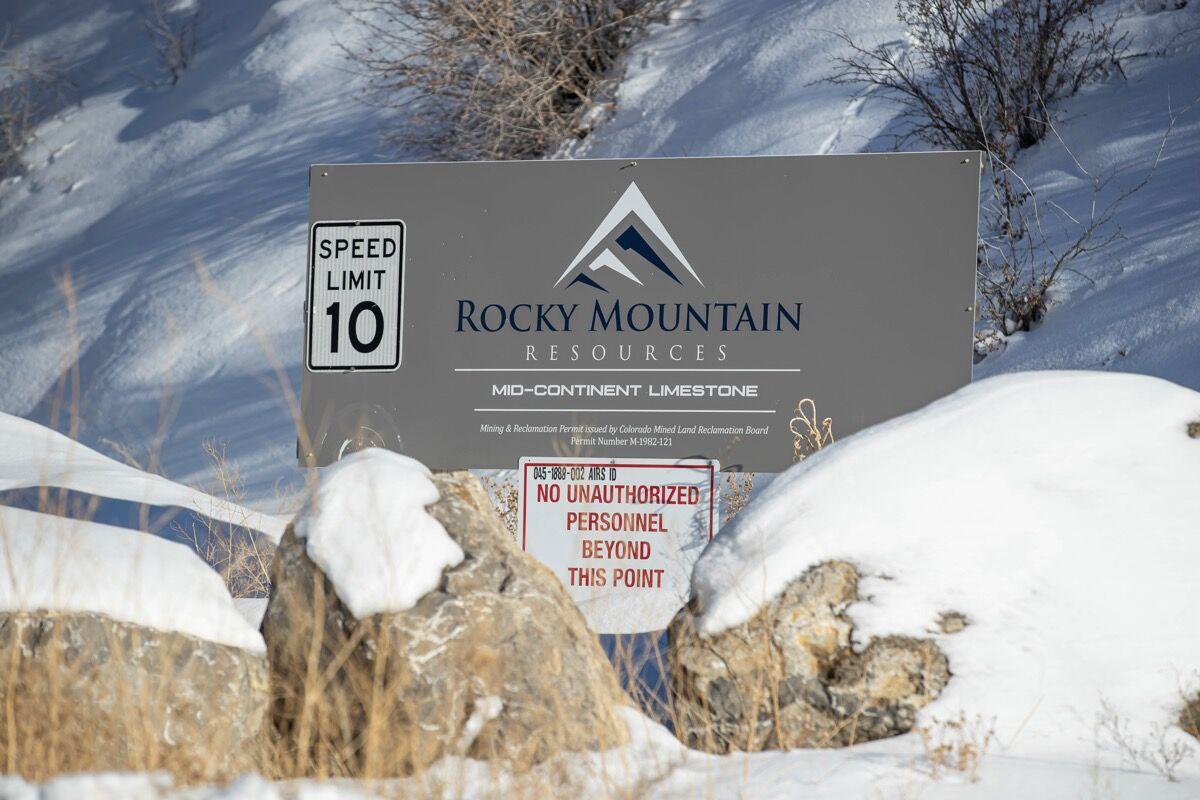 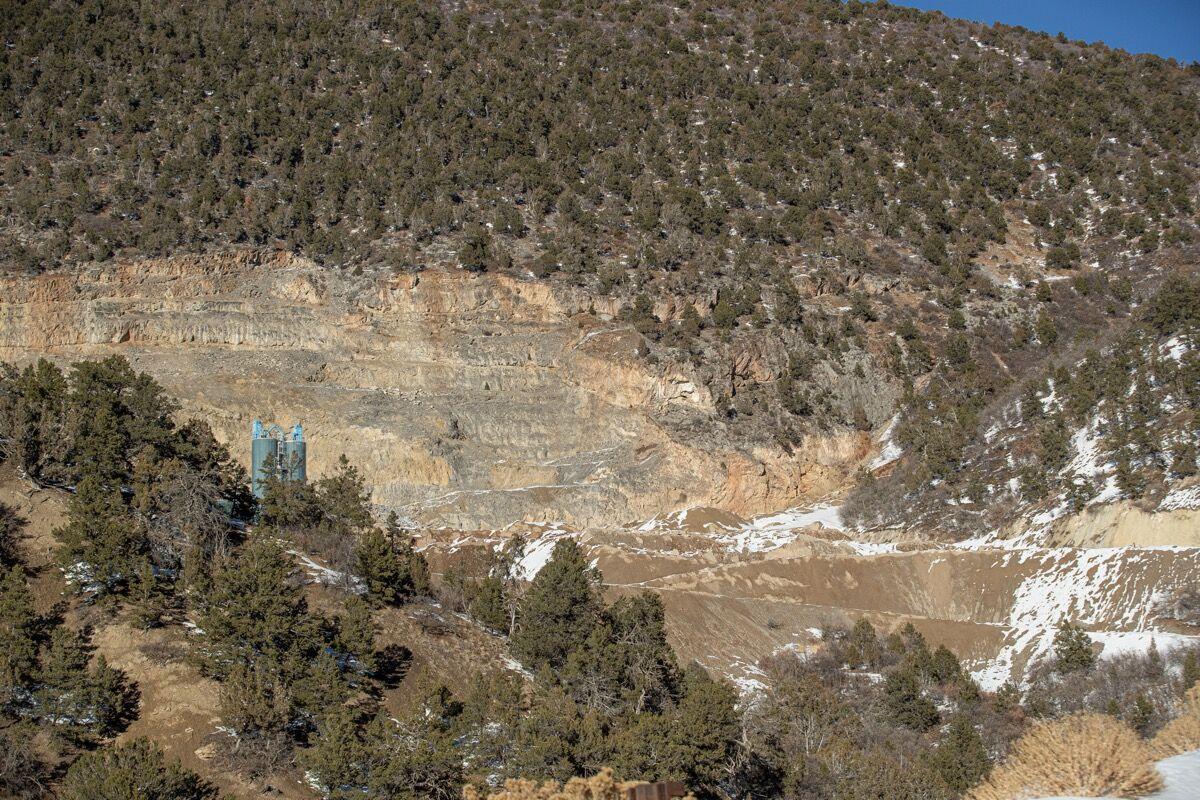 If Rocky Mountain Resources’ quarry expansion plans get BLM approval, the company will ultimately need to make significant updates to Transfer Trail in order to accommodate the significantly increased operations, which are already outlined in the proposal.

Rocky Mountain Industrials, formerly Rocky Mountain Resources, counts the Mid-Continent limestone quarry as one of its two primary assets. Its proposed expansion is currently under review by the Bureau of Land Management.

If Rocky Mountain Resources’ quarry expansion plans get BLM approval, the company will ultimately need to make significant updates to Transfer Trail in order to accommodate the significantly increased operations, which are already outlined in the proposal.

When Rocky Mountain Industrials filed its most recent U.S. Securities and Exchange Commission reports on Jan. 4, the financial snapshot depicted looked like a dire one.

“[RMI’s] financial losses have accelerated even further (they lost almost $9 million in the last nine months of 2019), and their independent auditors continue to express ‘substantial doubt’ that the business can continue,” Jesse Prentice-Dunn, of the Center for Western Priorities, wrote in an email.

Additionally, the Denver-headquartered aggregate provider announced another shift in leadership: former CEO Greg Dangler resigned from that role, effective Jan. 1, although he remains as vice chairman of the board. Filling the vacated seat in the C-suite is Brian Fallin, who previously served as the company’s vice president of sales.

Fallin assures that there’s more to the story than what the numbers tell — and in fact, his transition into CEO is reflective of the company’s growth trajectory. Under Dangler’s roughly year-long tenure, RMI (formerly Rocky Mountain Resources) was essentially still in a start-up phase, leveraging investments without having had time to produce a lot of income to show for it. Fallin, however, seeks to steward the company into its next chapter.

“We are 100% still a development and growth company. The comments and the context that was pulled from the SEC filings is real, but we are still in that transition phase,” Fallin said. “My expertise — or at least my background — is really in the commercial side of business. Our … evolution is really starting to turn that pivot into generating revenue, realizing revenue at both of our assets and beyond. Those filings basically paint that picture: that we’re still a growth and development company. Our share community, our board community is very excited about the upcoming year.”

Most of the community of Glenwood Springs, however, does not share that enthusiasm for RMI’s year ahead, especially as it pertains to its proposal to expand the roughly 15.7-acre quarry site to 447 acres. Earlier this month, the Garfield County commissioners allocated $250,000 from the general fund to cover legal fees pertaining to the lawsuit the board brought against the BLM and U.S. Department of Interior, in which commissioners allege that the BLM did not hold RMI accountable to federal law in its mining operations and limestone sales.

RMI maintains that several of the county’s — and, by proxy, the city’s — complaints against its operations have been sanctioned by the BLM. Since the quarry site sits on public federal lands, the argument continues, the BLM’s jurisdiction should trump that of local entities.

It’s not even the only litigation involving the proposed expansion in which the Garfield County commissioners are involved. The Glenwood Springs Citizens’ Alliance — a grassroots organizing nonprofit created specifically in opposition to RMI’s quarry expansion proposal — sued the BLM in March, as well, and in May the Garfield Board of County Commissioners intervened.

The lawsuit contends that since 2016, BLM allowed the company to mine and sell certain types of limestone that are not allowed under the company’s federal mining permit.

“BLM is allowing RMI to mine limestone for road base, rip-rap and similar uses without the required permit and material sales contract,” Jeff Peterson, president of GSCA, said in a statement.

The GSCA, which boasts a supporter list of more than 2,800 individuals and 310 businesses and organizations, sent an email at the beginning of the year touting month-by-month accomplishments against RMI’s efforts. Most recently, in December, the entity purchased four PurpleAir monitors that will be installed this month at “key locations near the current limestone quarry and haul route,” according to the email.

“We learned about PurpleAir monitors, which are an affordable means of monitoring air quality, after observing the impact of summer 2020 wildfires,” the email update explains. “These monitors will establish a baseline of air quality data in the area.”

Chief among the litany of concerns expressed by the GSCA, as well as city and county officials, is a significantly increased number of trucks coming down Transfer Trail to load crushed limestone onto a freight train.

“It’s 500 trucks a day, a semi-truck full of gravel ­coming down Transfer Trail — it’s an icy, windy road — every 48 seconds. It is air quality. It is water quality,” Glenwood Springs Mayor Jonathan Godes told the Aspen Daily News in an interview last year. “It is the things we are known for in Glenwood: the rafting, the gold-medal fishing, our historic hot springs, our new hot springs. The namesake of what we are about, those are the things that are under threat.”

Fallin hasn’t yet reached out to local leadership since stepping into his new role, but that’s because he’s only been in it for a little more than a week. He describes himself as a “Colorado guy,” having grown up in south Denver, and while he’s not naive about the contentious dynamics in the Roaring Fork Valley regarding RMI’s plans, he is optimistic.

“To think I can individually sway the hearts and minds of that coalition I think is an erroneous statement,” he said. “There is this world up in Glenwood and surrounding areas that is delicate. But I think I’m up for that challenge. I have what I would say not a wholeheartedly different ­philosophy but maybe a different philosophy in getting that up off the ground and getting that moving in a really positive direction.”

That approach, he continued, is to let the process work the way it was designed to.

“Let the agencies, let the federal environments dictate the process,” he said. “If you read nationwide about mining opportunities and potential quarries and quarry expansions, it’s a challenging process, and it’s one we’re committed to. We wouldn’t be doing it if we didn’t have a high level of confidence.”

But the GSCA in its year-in-review email blast bemoaned a lack of momentum from the BLM in the process.

“The year began with intense activity by BLM on two fronts, and we expected to see further action on these items in spite of the pandemic,” it reads, detailing a mineral examination of the limestone deposit and an Environmental Assessment, or EA, as the two points of interest.

“This study assesses the mineral composition of the limestone deposit and its value on the market, which will determine whether the mine falls under the 1872 Mining Act,” it continues. “An Environmental Assessment process to evaluate the proposed drilling of five test wells to monitor groundwater in the mine expansion area. BLM was expected to release a draft EA report and take public comment, prior to issuing a final EA and decision. BLM has not taken any public action on either of these items. We do expect to see movement on these fronts in 2021.”

Fallin emphasized that RMI is “committed” to the Mid-Continent quarry project and the Roaring Fork Valley market but in the shorter term is perhaps even more excited about the opportunities RMI has identified in the rail and industry park sectors. Far from the opposition encountered in Glenwood Springs and Garfield County, RMI has enjoyed unanimous support from the Adams County Board of Commissioners, who in September greenlit a 600-acre Rocky Mountain Rail Park — which will connect to the Union Pacific Railroad — next to the Colorado Air and Space Port in Watkins.

“Fast forward to this month, we’re closing on our first 85-acre sale of property on that facility,” he said.

All in all, Fallin believes RMI’s work is for the greater good of a continually booming state.

“Colorado is in an aggregate deficit from its own internal production numbers. We’re going to need roads and highways and all these good things — we see the value of the expansion project,” he said. “Not only from an RMI perspective, but from a general economic perspective. We’re passionate about that; we understand that some aren’t, but we still feel that we’re doing a lot to help the state of Colorado [and] surrounding markets, to have a foothold in being able to provide our own construction aggregates organically, from within the state.”