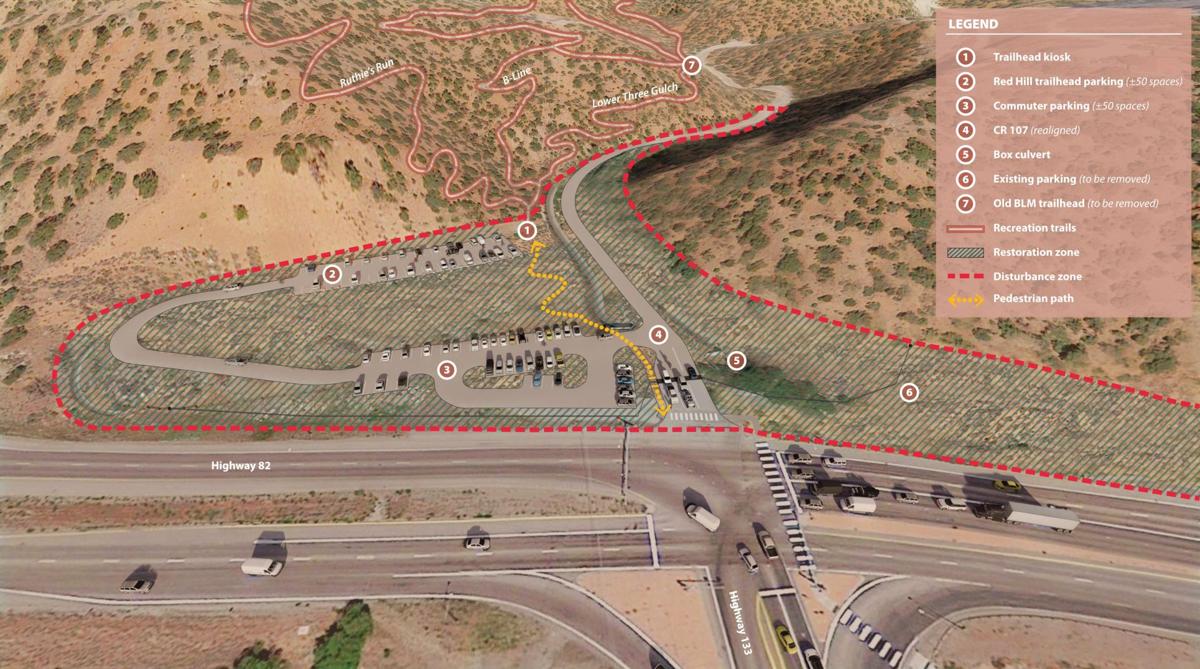 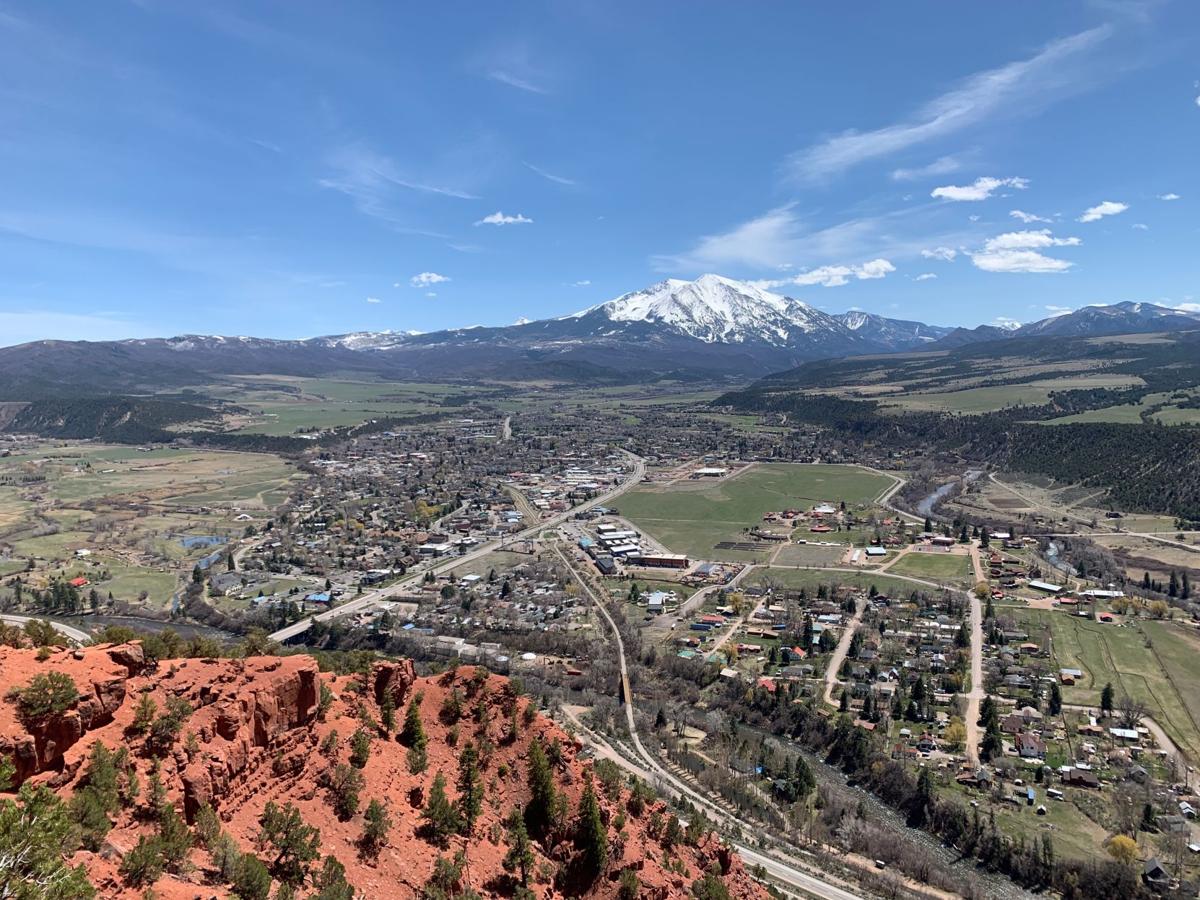 A view from Mushroom Rock on top of Red Hill.

A view from Mushroom Rock on top of Red Hill.

The road realignment project that will create improved trailhead access for the Red Hill Recreation Area in Carbondale needs four more weeks of construction until trails and parking reopen with safer features for commuters and hikers.

The new recreation portal will feature two parking lots and direct access into the trail network that includes the popular hike to Mushroom Rock. Kevin Schorzman, public works director for the town of Carbondale, explained how the new improvements will provide more safety for everyone involved.

“Safety has been my entire focus on why we are doing all of this,” Schorzman said of the effort that began in mid-May. “We want to try to give the trail users their own place to be without having to go up and down that curvy road and risk getting hit by a vehicle. I think that’s going to be the biggest benefit of the project for everybody involved, for the safety and separating those two uses that were intermingled for so many years,” Schorzman said.

Amy Krakow, a longtime Carbondale local, said she was among a lot of other community members who contributed to a fundraising campaign to purchase and develop the land that makes the project possible. That 2017 acquisition adds to the open space and ensures continued public access to the popular recreation area.

“It will provide a lot more parking,” Krakow said. “Sometimes you couldn’t find a spot, and it gets more people off the road and directly onto the trail. I am bummed that it’s closed the trails for so long but I called the town ahead of time and they said if people walk the road even to hike and try to access trails, the trucks would have to keep stopping and it all adds up to delays,” she added.

As users await its completion, the crews are finding surprises at many turns, Schorzman said.

“We originally thought we would be done around now, but we ran into huge boulders that just really slowed the process down because you can’t just dig them up and move them — you have to come up and break them up,” he said.

According to information from the carbondalegov.org, “In June 2018, following a successful fundraising campaign by the Aspen Valley Land Trust, the property at the northwest corner of the Highway 82/Highway 133/County Road 107 intersection was donated to the town.

“This project involves shifting CR-107 to the west of its existing location and straightening the approach to SH-82,” it said.

Removing and reclaiming the existing parking area and creating a pair of new parking areas are also part of the plan. There will be designated lots for trail users and commuters.

Resident of Carbondale Bob Ward said that he thinks Red Hill is becoming a more popular spot for hikers and bikers in the valley and has created overcrowded parking areas.

“As both a hiker and a mountain biker, I miss the Red Hill trails right now, but I look forward to an improved parking situation there,” Ward said. “What has worried me is the overcrowded parking lot, I know I’ve gotten door dings from cars being parked too close to one another. This should be a relief,” Ward said.

Carbondale native Kajsa Sutro said she is excited as well about the new features and additions to the hike.

“I am excited for the new parking lot, I think it will be a lot more beneficial and work nicely with the rest of the town of Carbondale,” Sutro said. “It is fascinating watching the project development. Everyone I have talked to is very excited because there will be more parking for both the hikers and commuters.”