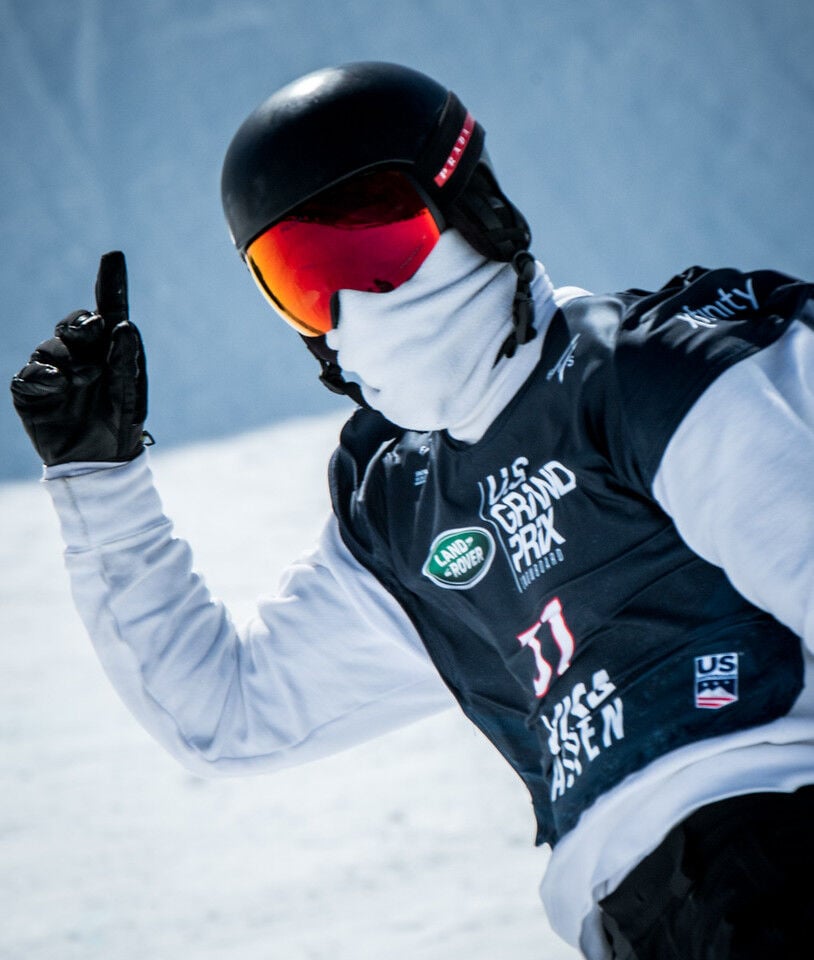 The qualifying round of the Land Rover U.S. Grand Prix saw a competitive field vying for the top 10 spots including Shaun White, who tossed off the cobwebs Thursday in the Buttermilk Mountain halfpipe to qualify second in men’s snowboard. Finals are Sunday. 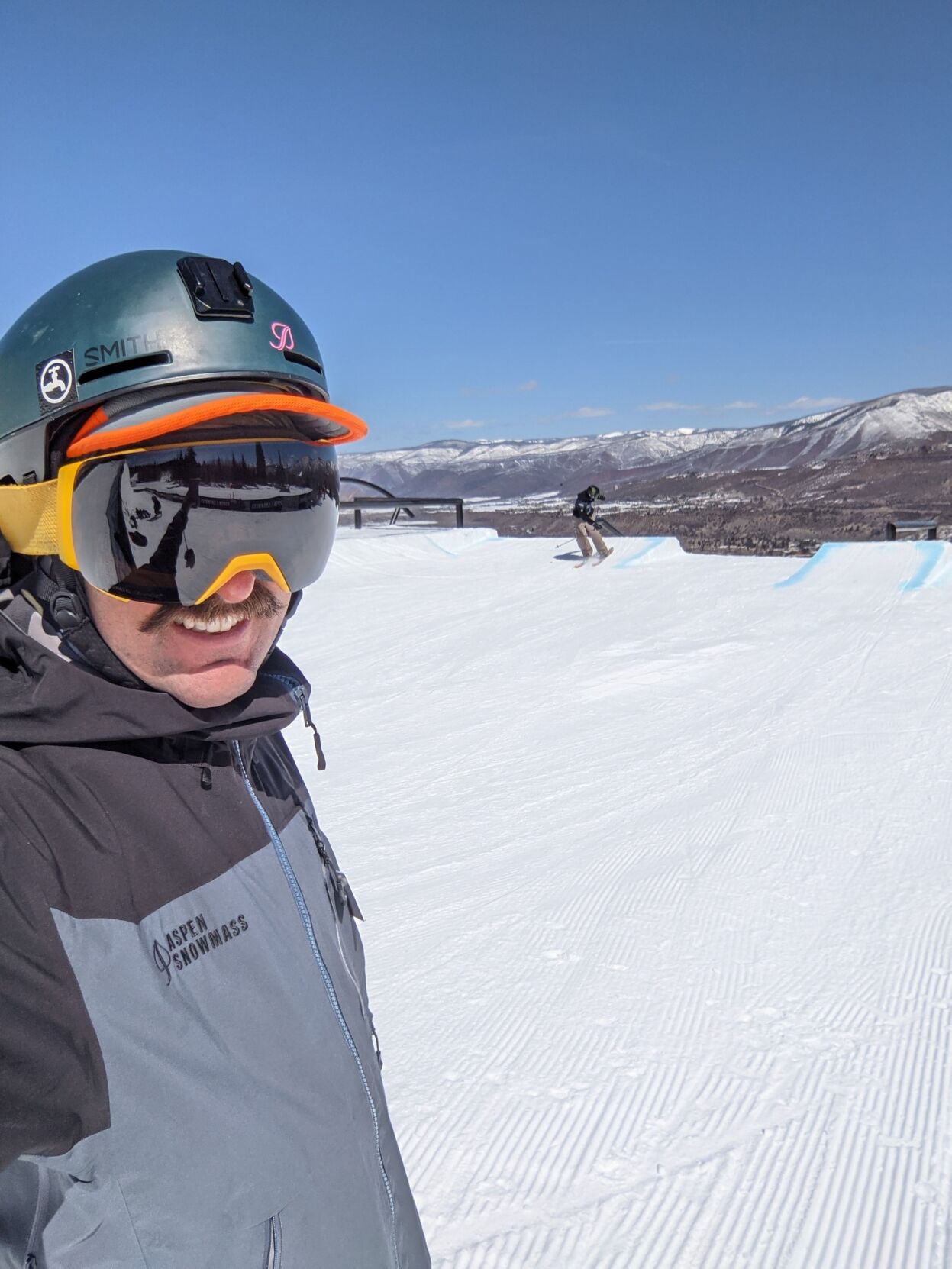 Chief of Competition Tyler Lindsay, pictured Thursday, and the crews at the U.S. Grand Prix are getting good reviews for their course handling skills.

The qualifying round of the Land Rover U.S. Grand Prix saw a competitive field vying for the top 10 spots including Shaun White, who tossed off the cobwebs Thursday in the Buttermilk Mountain halfpipe to qualify second in men’s snowboard. Finals are Sunday.

Chief of Competition Tyler Lindsay, pictured Thursday, and the crews at the U.S. Grand Prix are getting good reviews for their course handling skills.

After withdrawing from X Games Aspen 2021 due to a tweaked knee, Shaun White — the reigning Olympic champion in snowboard halfpipe — showed he’s serious about returning to the world stage by stomping his first run in qualifying Thursday during the Land Rover U.S. Grand Prix at Buttermilk.

“I was a little nervous; obviously it’s been a minute,” White said. “I know how to do this but just kinda like shaking off the cobwebs of it all.” He said his run Thursday afternoon “came together perfectly and I’m stoked,” and he plans to rest up before “giving it my all on Sunday” for finals.

“I just love snowboarding, it’s so much fun. It feels good to be back at it,” White added, also pointing to the “mutual respect” between veterans like himself and Louie Vito and the younger riders.

Aussie Scotty James, who thrice finished this season behind Totsuka after winning X Games gold in 2019 and 2020, is not competing in the U.S. Grand Prix, having left after the championships, according to a competition spokesman.

That could make for an interesting finals on Sunday for the 34-year-old White and Totsuka, the 19-year-old upstart who is three-for-three this season in halfpipe contests. According to the International Ski Federation’s point list, White, whose last result came on Valentine’s Day 2018 in Korea, rode well above his world ranking of 93rd.

The women’s snowboard qualifier saw ­defending Olympic champion, White’s teammate Chloe Kim, in the top spot Thursday. Her score of 93.25 was better than Spain’s Queralt Castellat’s and U.S. Snowboard Team member Maddie Mastro’s. Those three also populated the podium during the World Championships, though Mastro finished ahead of Castellat on March 13.

“I’m really happy I was able to put a run down here and qualify,” Kim said. She spoke of needing to let her sore ankle heal after the World Championships event but that also during qualifying, “there were definitely some spots that scared me quite a bit. You can’t help it when it gets soft.”

Kim added, “The pipe is amazing, and I’m really excited to compete.”

Tyler Lindsay is Chief of Competition for the U.S. Grand Prix and the just concluded FIS World Championships. He described how this slopestyle course, with its two sets of rails and trio of jumps, is maintained.

“Every afternoon, we rake it out and leave it pristine — and hope there isn’t snow [overnight]”, he laughed. “If it does snow, we’re going in and removing all of the snow from the tight areas” by hand and with “snow boats,” basically big push shovels.

On Thursday, the course crew used hand tools to reshape the lips onto the rails and the jumps.

“We’re definitely not driving a cat through it during the day,” Lindsay said of the slopestyle course. Instead, machine grooming is completed over the graveyard shift to allow plenty of time for the course to cure and firm up.

There’s no shortage of science involved in the preparations.

“It’s a ballistics experiment with human projectiles. The science of building and maintaining these things has moved in lockstep with the progression of the athletes,” Lindsay, who works for Aspen Skiing Co. when not running elite competitions, said.

“As somebody who has spent almost my entire professional life in and around these venues, to be able to show that to a full size field of the world’s best is a treat,” Lindsay said Thursday in between events held on a bluebird, spring-like day.

The slopestyle course, which saw freeski qualifications go down Thursday, received accolades from China’s Eileen Gu, top qualifier among the women and triple medalist from the just-concluded FIS Snowboard and Freeski World Championships.

“You know Aspen always builds their courses so well, so huge shout out to Aspen SkiCo,” Gu said. “Definitely it has helped me out competing on the same course. It’s taken off some of that pressure, knowing that I’ve already been able to land this run or a similar run on this course.”

Qualifying second was Kristy Muir, of Great Britain, just ahead of Anastasia Tatalina, of the Russian Ski Federation and the new World Champion in big air. Three Americans — Rell Harwood, Marin Hamill and Maggie Voisin — punched their tickets into the women’s finals, which take the top eight qualifiers.

The skier men put on quite the show during their slopestyle qualifications, with Mac Forehand, the 2018 Junior World Champion, laying down a heater of a second run to score 95. The Stratton Mountain School graduate was Thursday’s top qualifier.