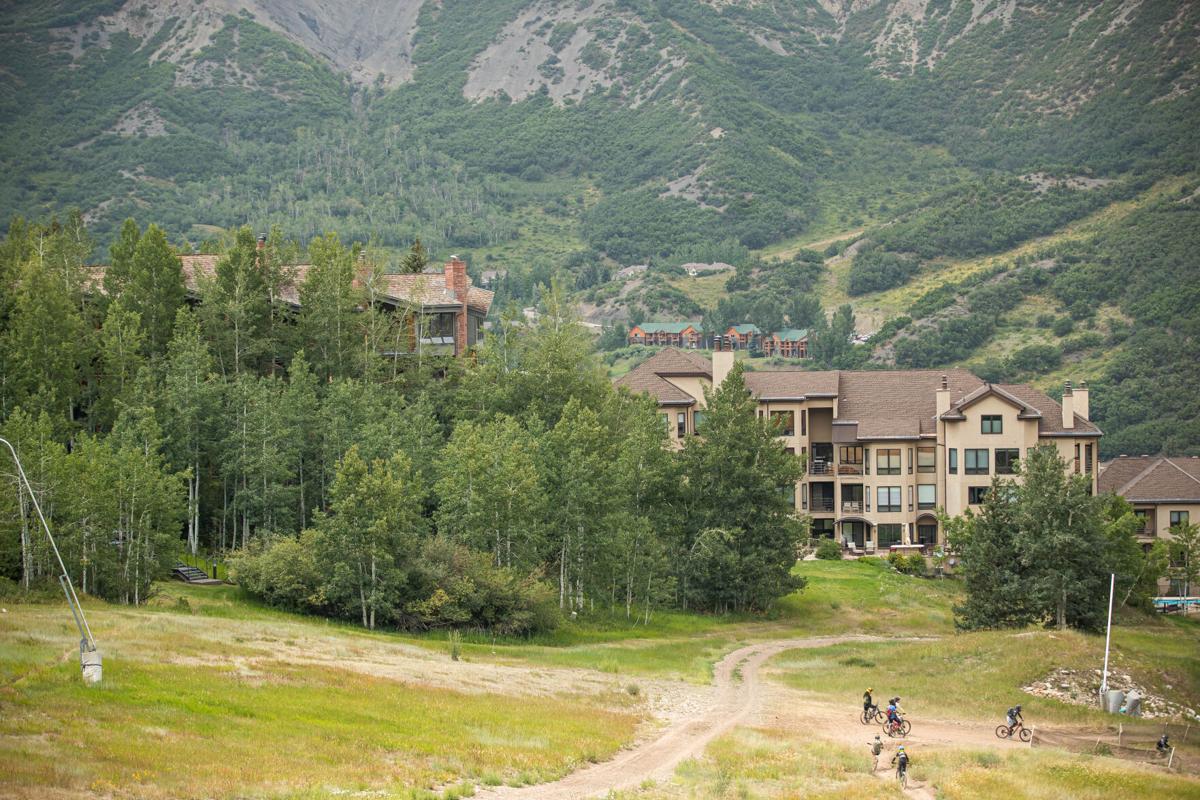 With two months to go before the close of the 2020 census, Snowmass Village is lagging behind the rest of the Roaring Fork Valley and the state. 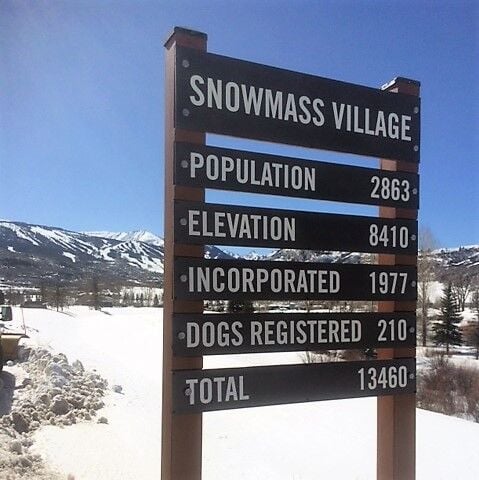 The iconic Snowmass Village welcome sign will be updated with the most recent human and canine population following the 2020 census count.

With two months to go before the close of the 2020 census, Snowmass Village is lagging behind the rest of the Roaring Fork Valley and the state.

The iconic Snowmass Village welcome sign will be updated with the most recent human and canine population following the 2020 census count.

With two months to go before the end of the 2020 census, Colorado’s 63% response rate is tracking just ahead of the national average of 61% of households — however, the local data are not earning gold stars.

A mere 35.4% of Pitkin County households have completed the questionnaire, with the biggest dearth of responses in Snowmass Village, tracking just over 27%.

“Snowmass is falling behind quite a bit,” said Rachel Brenneman, spokesperson for Aspen to Parachute Complete Count, the local committee formed by valley governments and nonprofits to ensure a successful census count.

Brenneman is working with Assistant Town Manager Travis Elliott to increase mailings, reach out to homeowners associations and email residents encouraging them to participate.

“If you live in Snowmass and you don’t know about the census by the end of September, you have your head in a dark hole,” she said.

Elliott said the stark contrast between Snowmass Village’s response rate and those of other valley municipalities — Basalt, for instance, is at 57.3% — was helpful in ramping up work to include locals in the count.

“It was great feedback for us,” Elliott said. “It kind of lit a fire under us to do more outreach and campaigning, which we’ve begun in earnest.”

“It’s a weird metric,” he said. “It doesn’t really capture our demographic in terms of a community because we have so many households — but less residents than households.”

On top of that, the town used geographic information system, or GIS, mapping to make sure they had the most accurate list of local residences, including accessory dwelling units that are often rented to locals or employee housing units within the larger hotels.

Because there are more residences identified this year, even if there were the same number of responses as the last census, the percent of respondents would go down.

“I’m hoping that can be attributed to some of our lower percentage rate. In a way, we are victims of our own success,” Elliot said.

The Census Bureau does not report the actual number of responses, so the city administration does not know if they are on track to beat the numbers from 2010, when 35% of residents ultimately participated.

“Even though the percent of respondents is a little lower, we are hoping that the total resident count is higher,” he said.

Snowmass has other characteristics that make it particularly hard to track down members of the population. Residents typically use P.O. boxes to receive mail, but as the point of the census is to count households, the forms will only be sent to physical addresses. And the census is a point-in-time survey, asking participants where they were living on “Census Day,” April 1.

In any other year, April 1 would see Snowmass Village full of locals who work for the Aspen Skiing Co. or have other jobs tied to the winter tourism economy. But, just two weeks before Census Day this year, Gov. Jared Polis ordered that all ski resorts shut down to quell the transmission of COVID-19.

“When the mountain closed on March 14, everybody left,” Brenneman said. “It was a ghost town.”

Elliott said many other of the state’s mountain resort towns are tracking behind their 2010 numbers due to the economic shutdown this spring. But, he continued, it is important that residents still take the time to respond to the census because it will affect their quality of life for the next decade. Along with using population numbers to determine congressional representation, funding for public services is often a per capita allotment.

“We’ve been saying it’s as important as your vote. We only have the chance to do this once every 10 years. We rely on that data for all kinds of things. Not only is it tied to federal funding, it’s tied to a lot of the local grants that we receive here in Snowmass Village, like transportation,” Elliott said.

Residents can fill out census forms online, via telephone or through a paper form that has been sent to addresses that have yet to reply. On-the-ground teams are focusing on all ­demographics that are falling behind at this point, including senior and immigrant populations.

“We are ramping up efforts like crazy,” Brenneman said.

Adding to the work is an announcement this week from the director of the Census Bureau, Steven Dillingham, moving up the final day of the count by a month.

“We will end field data collection by September 30, 2020. Self-response options will also close on that date to permit the commencement of data processing,” Dillingham announced in a prepared statement. “As part of our revised plan, we will conduct additional training sessions and provide awards to enumerators in recognition of those who maximize hours worked.”

Brenneman said that announcement, along with an executive memorandum this week stating that “illegal aliens” will not be counted toward a community’s population, are intimidation tactics to keep minorities from being equally represented.

“In my mind, it’s another one of Trump’s knee-jerk reactions,” she said.

She clarified that there is no question on the form asking about legal status and no way for the census to parse out citizens from undocumented residents. But, she said, the whole process continues to be intimidating for those afraid of being targeted for their legal status.

“It’s terrifying the immigrant population — who already did not want to complete the census,” she said.

Brenneman said the census staff assigned to Colorado’s Western Slope are confident that they can still meet or exceed 2010 response rates in the next two months.

While the need for social distancing due to the novel coronavirus has made door-to-door follow-ups more difficult, Brenneman said the virus also helps shine a light on the importance of an accurate population count.

“COVID is really showing how important it actually is to have correct data,” she said.

Aspen and Pitkin County residents have received $2.2 million in food, housing, and transportation assistance. The health and human services departments that have been overseeing the crisis response are funded in large part by federal funding allocated through the state based on population.

“Budgets are completely crushed because so much state, local and federal funding is going to COVID response and recovery,” Brenneman said.

In Snowmass Village, once the numbers are in, the town will be updating their welcome sign that greets travelers as they enter the town, iconic for not just listing the elevation and population but also giving a shout-out to the canine residents of the town.

“The 2020 census is going to be the new number on that sign. We want it to be as accurate as possible,” Elliot said. “And we will update the number of dogs.”