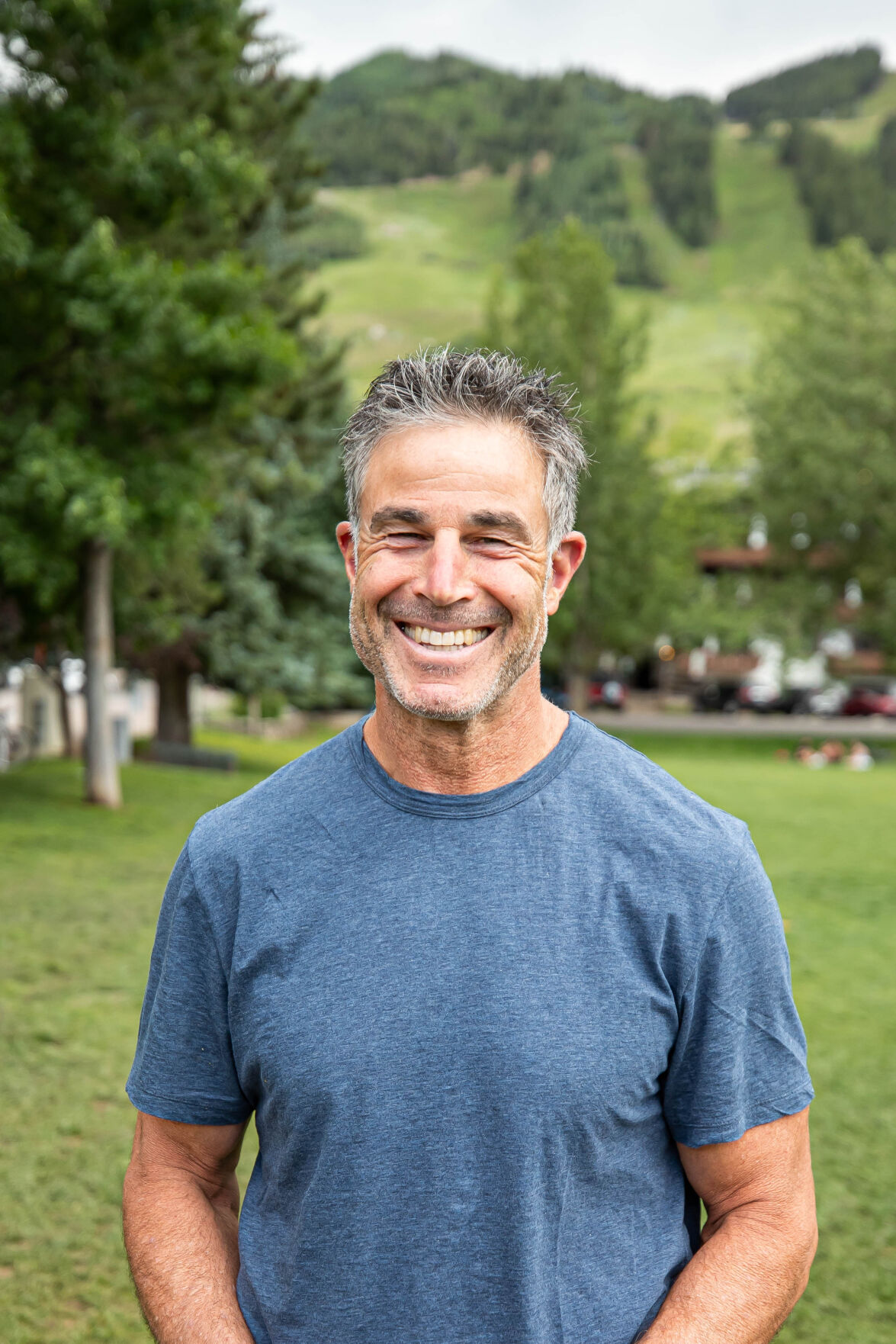 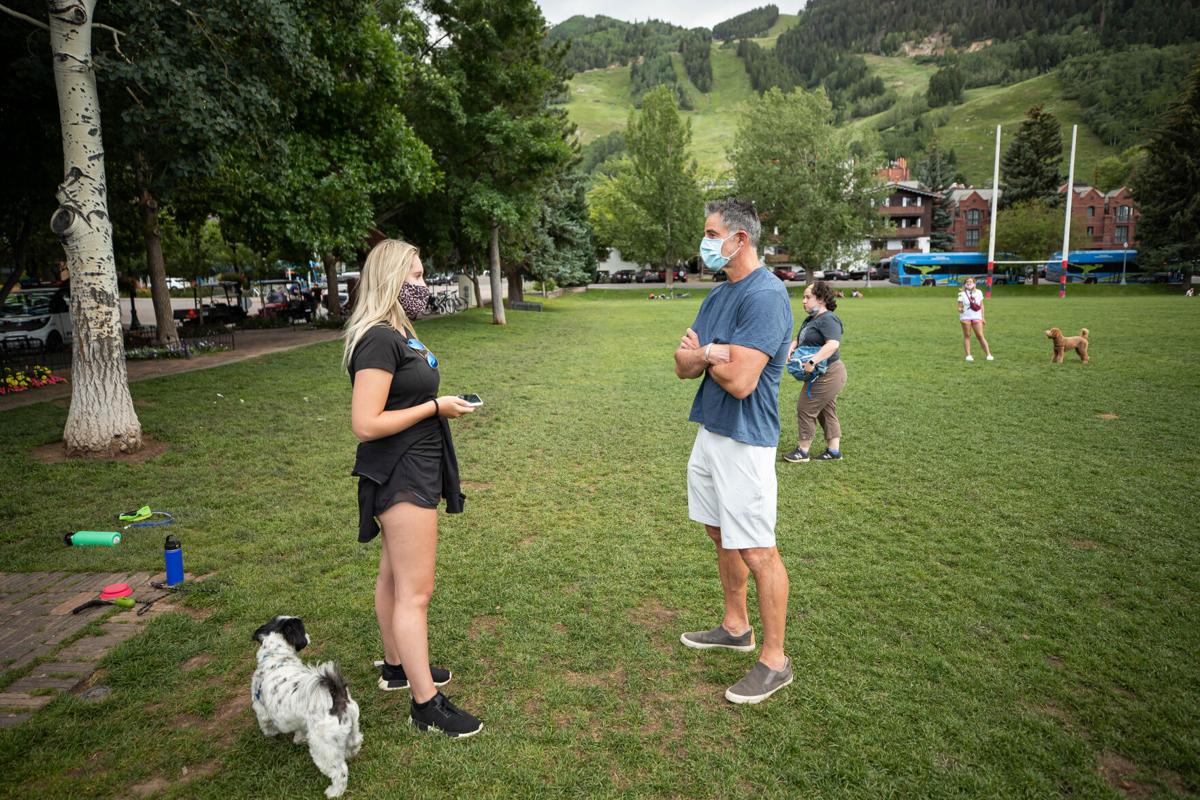 The pace and environment of sports are changing for both spectators and athletes because of COVID-19, said Jon Frankel, HBO sports correspondent and a part-time Aspenite with deep roots, during an interview this week.

From youth sports to the pros, each group is adapting in its own ways, he said.

“I think as far as we can tell right now, spectators are going to be watching sports on TV, I would say, the old-fashioned way, but actually it’s the new way,” Frankel said during a socially distanced interview in Wagner Park.

“A lot of fans might say, ‘Hey, this is comfortable. I don’t have to pay a fortune for the ticket, I don’t have to deal with traffic,” Frankel said. “I think for the foreseeable future ... this is what it is going to be.”

Professional sports’ comeback hangs in the balance on how successful testing is, Frankel said, and the leagues have been making progress on decisions about future testing for the athletes.

Frankel said the NBA, MLB and NHL “are all in gear and in motion to bring back their seasons in the next week or so. I think that it really depends on everybody’s tolerance and their stomach for how many people, how many positive tests they are willing to deal with.

“Is it, ‘Hey we are OK if five people get sick, then we will just get some substitutes and such?’ Or, if they are gonna say, ‘Hey, look, five people test positive we got to shut down the team; we can’t do this. Obviously, five people to an NBA or an NHL team is more detrimental than five people on a NFL team.”

For college sports, Frankel said he believes fans will have to view their teams at home for now.

“The players are kind of on one hand dangling in the wind. And on the other hand, because they are student-athletes there are going to be people looking out for them in their best interest. I hope that they are.”

“If the pandemic continues and the numbers continue to increase, are public health officials going to be willing to indulge college athletic programs to get their hands on all the tests that they need and do the testing everyday or every other day when there are people out there in the general population who need to be tested as well?” Frankel asked.

“As for youth sports, I think that people are really stuck, it’s a real dilemma. Because there are kids out there in pursuit of scholarships, there are coaches that are trying to recruit college athletes and parents have to balance and weigh the consequences of exposing their kids,” he said.

In 2018, according to Jon Frankel’s bio on the HBO website, Frankel reported on the growing financial gap between children who were finding more barriers to sports participation.

The pandemic hasn’t helped the inequality.

“I think that many of the AAU basketball programs and tournaments are going on; they are not playing with as many teams. The LAX [lacrosse] tournaments, I keep hearing from different people, are taking place, but people are conflicted. I’m also hearing that while they are all talking about social distancing, once they hit the field the players are not social distancing, it’s just a game as usual. They are getting into the game.”

“You are kind of left scratching your head, and I think that a lot of people thought that there was going to be more rebalancing, a correction of youth sports tournaments and people traveling. I’m not sure that’s going to blow out to be the truth.”

“Real Sports” waited a respectful period of time before returning to the air after the initial onslaught of the virus.

“At ‘Real Sports,’ we did not broadcast a show in the month of March ... we went back to producing shows in April. We have done it much like everyone else has in television, we Zoomed and we used iPhones.

“On the one hand it makes it a heck of a lot easier to do interviews with people in South Korea and the U.K., which I have done walking into my office at home. Does it change the end product in what you get? I don’t know if it’s hard to compare.”

“I think that people are learning to work with it and I think that the viewers are tolerating it,” he added.

Frankel is one of six correspondents on “Real Sports with Bryant Gumbel.” He’s been with the HBO program since 2006.

Of Gumbel, Frankel said, “He is demanding and exact which makes us all better because he doesn’t suffer fools. He expects you to know things. He has been nothing but terrific for me since I first worked for him when I was a reporter for the ‘Today Show.’”

Frankel remembered his parents being active with the Aspen Institute in the 1970s. It was back “when there were still dirt roads in the West End, and the people right across the street from us had a horse in their front yard. This was up the street from Triangle Park, and it was obviously a different town then, but not so different.

“We went to camp at the Little Red Schoolhouse, and we learned how to ride horses out at the Snowmass Stables. Insurance wasn’t that much of an issue and liability so we went up to learn how to ride horseback on single tracks up in the mountains,” Frankel said.

As adults, Frankel’s sister ended up working as a receptionist at the Aspen Institute. Frankel started coming back here in 1990 “to ski” and “fell back in love with it all over again.”

He hails from a family of journalists and writers. Frankel’s wife’s family also frequented Aspen from the 1970s on, he said.

“We ended up first meeting here. We were engaged here, and we got married here, so for both of us, Aspen’s been in our family since the 1970s. And we feel very attached, and we love it here. What’s not to love?”