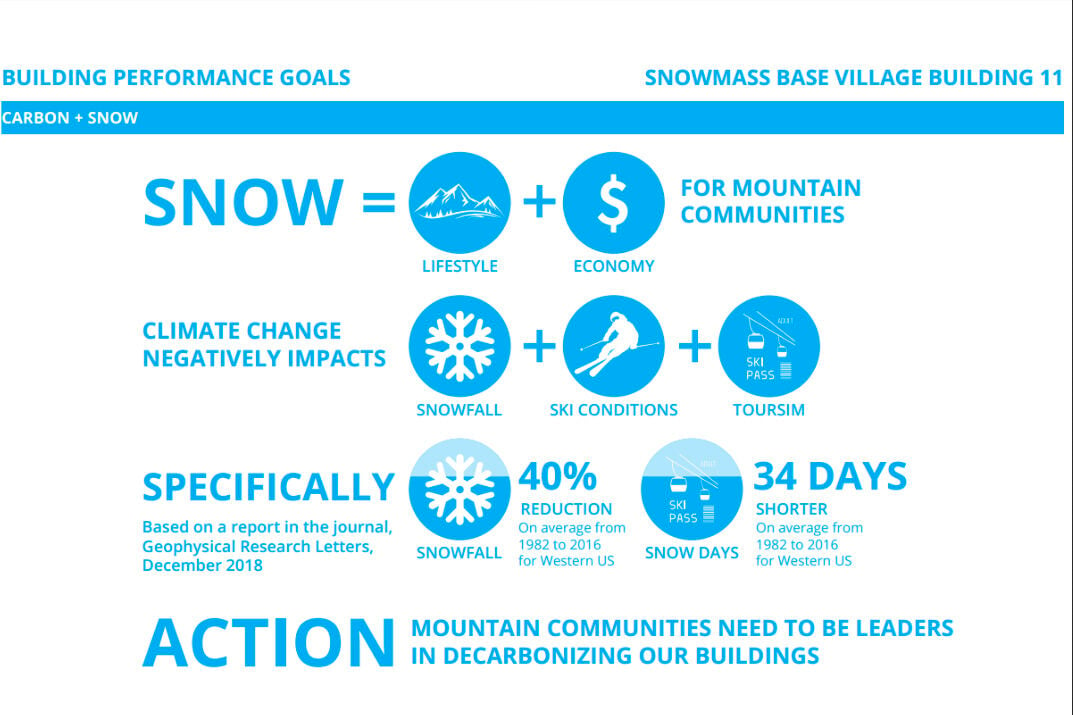 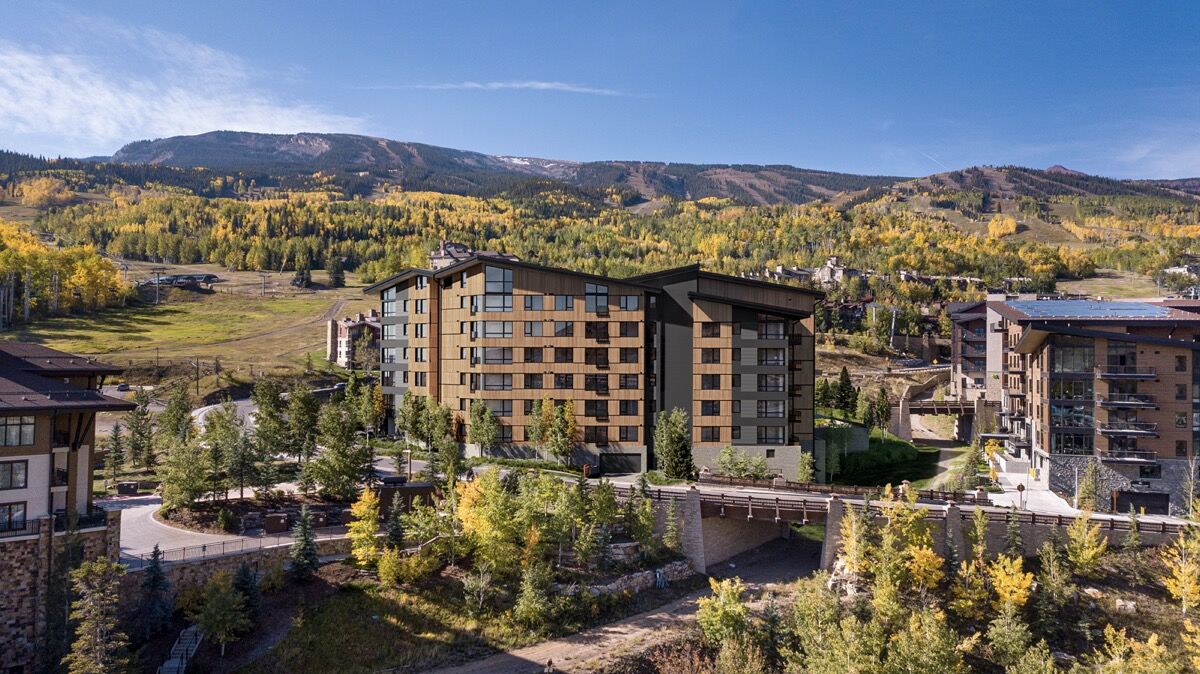 Reservations open this week for an all-electric development in Snowmass Base Village.

Reservations open this week for an all-electric development in Snowmass Base Village.

The new 53-unit Electric Pass Lodge in Snowmass’s Base Village will be 100% powered by renewable energy utilizing cutting-edge technology and design. Reservations open Tuesday for the two- and three-bedroom ski-in/ski-out residential properties located across from the Viceroy Snowmass that are now going on the market.

“We went into this from day one saying that we wanted all-electric buildings powered by 100% renewable,” said Andy Gunion, the local managing partner for East West Partners, which is developing the $600-million Base Village project at the bottom of the Snowmass ski area.

“You’ve got to start with the design from day one,” Gunion said, “and we assembled the right team headed by 4240 Architecture and Integral Group from Vancouver who are experts in these innovative building technologies.”

Worldwide, about 40% of carbon emissions are attributable toward buildings, said Gunion, so constructing the all-electric Electric Pass Lodge joins a growing global trend in sustainability as residential neighborhoods are developed that do not depend upon gas for their energy needs.

It is important for the environment and a trend that needs to be continued, said Auden Schendler, senior vice president of sustainability for Aspen Skiing Co.

“Building Electric Pass Lodge all-electric is a cutting-edge statement by East West. It’s not standard in the market at all,” Schendler said. “For a luxury developer known for quality to do this is a signal to the industry.”

In a recent Writers on the Range column, Schendler noted that approximately $3.7 trillion worth of new construction is in process, and that an overwhelming majority of those structures will be heated with gas. The best way to decarbonize those buildings, he said, is to “replace Neanderthal heating methods with electric systems powered by renewables.”

But constructing a well-designed building in the first place is extremely important, said Schendler, and that was important to both Gunion and the design team.

Ian Wilson, an associate principal with 4240 Architecture, detailed the green engineering that was used on Electric Pass Lodge, including-triple pane windows that both slide open or angle out at the top for fresh air, phase-change ceilings that retain and release heat and different interior design elements that enhance saving energy.

Both Wilson and East West Partners’ Gunion tout an innovative mechanical system for the building that preheats or pre-cools the incoming fresh air that comes into the units through a system of heat recovery ventilators, earth tubes and passive free cooling.

The residences are described as being Scandinavian-inspired, which according to 4240’s Wilson means using more natural light, using the sun for warmth, opening up the windows, having fresh air and a connection to the outdoors. The clean, simplified interiors have minimal finishes, and natural materials are used in construction with a lighter paint palette and lighter woods. They will also have electric fireplaces that use water vapor.

Prices for the residences start at $1.4 million and each owner will have access to a range of private amenities including Zoom rooms, a health club, a lounge, courtyard, ski locker room, storage and underground parking.

To help produce more energy on-site, the development team submitted a request that was granted by the Snowmass Village Town Council to reorient the layout of the building. Instead of constructing it perpendicular to Wood Road, they asked that it be reoriented parallel to the road allowing the roof of the building to get more southern sun exposure.

“Our goal is to build within economic reason as much solar on the roof as we can,” Gunion said. “But with a building this size, even if you maxed out building solar on the roof, you’re still not generating enough electricity on-site to fulfill all of the needs in that building.”

The design team angled the roof of the building with the north end slightly higher than the south end, said 4240’s Wilson.

The team was interested in showcasing the nice lines of the roof so they worked with the Integral Group on how to control the snow on the roof. They used roof material that has a high coefficient of friction, Wilson said, and that helps keep the snow from dropping off in places they don’t want it to. They have also designed the array to have separation between the panels so that accumulated snow can slowly melt and be absorbed by the roofing system.

4240 and East West have worked extensively with Holy Cross Energy to create a building powered 100% by renewable energy through their “PuRE” program. Participating in PuRE enables any home or business to supplement their energy needs with 100% renewable energy from Colorado produced solar, wind or hydropower.

Holy Cross has set a goal to have 100% of its energy produced by renewable sources by 2030, which will mean that all of the electric buildings in its network are considered “net zero” carbon.

According to Schendler, this is a development that towns need to get to in order to fight the effects of climate change.

“Hotels and large buildings can be built way better than we are building them, and we have to continue to push the envelope,” he said.

But the move toward energy sustainability has to start somewhere.

All of the buildings constructed by East West Partners since they took over developing Base Village four years ago have been LEED-certified, following in the footsteps of SkiCo’s commitment to energy efficiency.

If the market responds to the new all-electric Electric Pass Lodge, then it’s a good bet that the remaining buildings in Base Village will also feature cutting-edge environmental technology, Gunion said.

He noted that Electric Pass Lodge has been getting a tremendous reception so far, and that’s a good thing on many fronts.

“If you’re making a significant real estate investment at the base of a ski resort, whether you like it or not, you are invested in climate change and you should be doing everything you can to preserve the snow,” Gunion said.

Groundbreaking on Electric Pass Lodge is scheduled to begin in April, and construction is anticipated to extend to spring 2023.

More information on Electric Pass Lodge is available at: www.ElectricPassLodge.com.