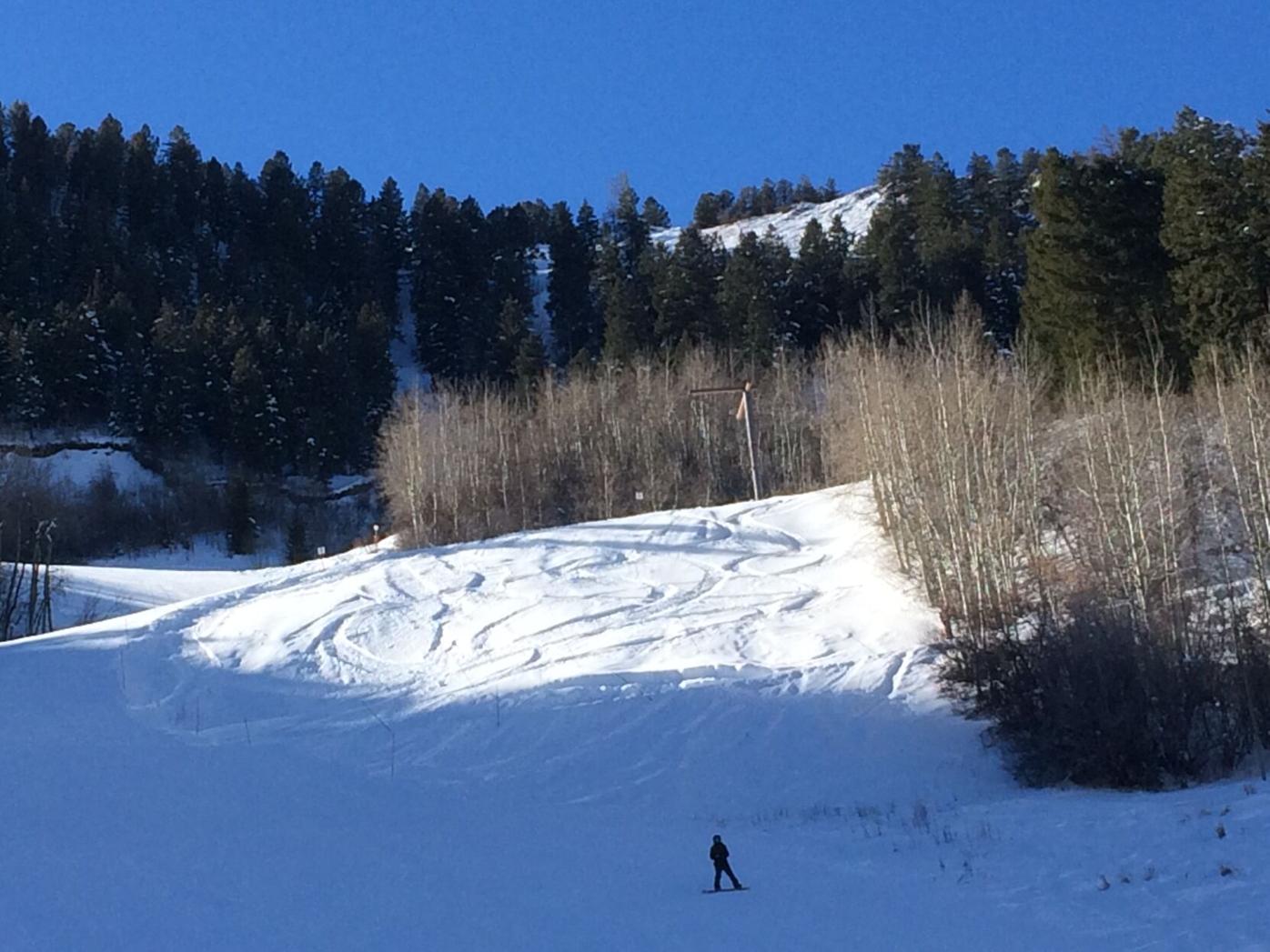 Trainor Ridge on Aspen Mountain saw a recent release of some of its sugary layer of snow, which could pave the way for future stability. 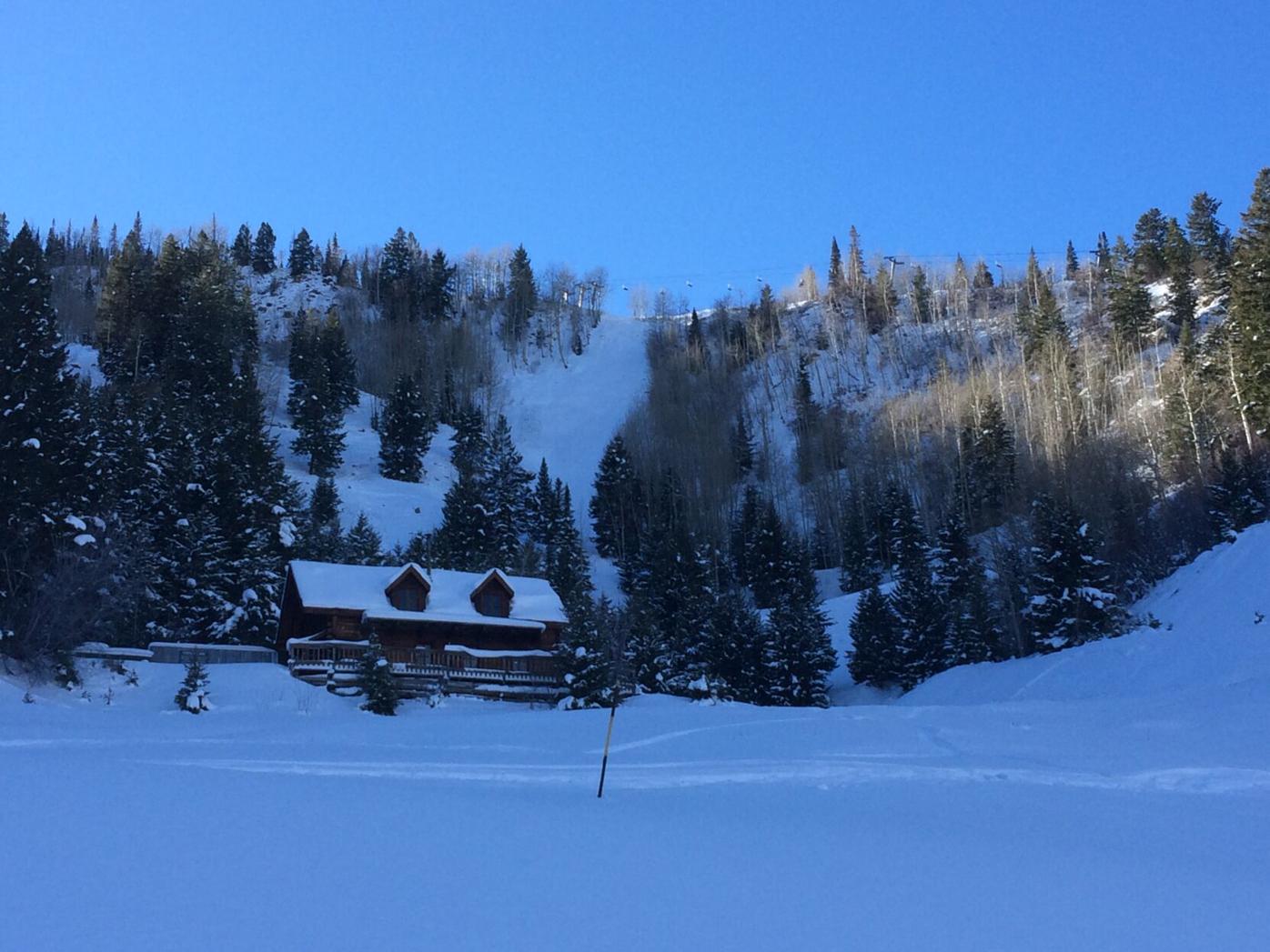 Looking up from the top of Little Nell run to Silver Queen and environs, which slid recently and is currently closed.

While the backcountry has a dangerous snowpack that inexperienced skiers best approach with extreme caution, in-bounds terrain at the four area mountains of Aspen Snowmass is controlled and safe — when users uphold their end of the safety bargain.

“It is very important for the public to understand that when we have runs closed, there is a good reason,” Aspen Skiing Co. vice president of communications Jeff Hanle said Monday.

Over the weekend in the central mountains of Colorado, three backcountry skiers lost their lives in two separate accidents. On Friday, Jeff Schneider, a veteran ski patroller who had worked on snow safety at Aspen Highlands during the 1970s, was buried in a slide in the Anthracite Range, accessed off Kebler Pass in Gunnison County, while solo skiing.

Then on Saturday, two men skiing near Silverton in an area locally known as the Battleship (southeast of Ophir Pass) were caught in an avalanche. The bodies of Albert Perry and Dr. Jeff Paffendorf were recovered Sunday after they were reported missing the previous evening, according to the Colorado Avalanche Information Center.

Snowpack in the backcountry of Colorado is the weakest in at least eight years, Brian Lazar, CAIC’s deputy director, said Sunday. The three fatalities already this season compare with a total of six for all of 2019-20, according to CAIC’s website. The prior season, there were eight avalanche deaths in the state. Since 1951, the most avalanche deaths in a single season in Colorado was 12, in 1993 (avalanche.state.co.us/accidents/statistics-and-reporting).

While some of the same sugary snowpack — born of little snow in September and October followed by a series of storms that dropped between 1-2 feet since then — exists statewide, according to Lazar, within the ski area boundaries lies the ability to mitigate some of the hazards through foot and ski compaction and explosives. Hence the frequent booms from explosives that echoed through Aspen most of last week.

Hanle said SkiCo does not discuss specifics when it comes to explosives, but did say, “The control work we have been doing is not unusual given this storm cycle. We had warm weather and bare ground” prior to the recent storms.

The foot compaction method by ski packing crews was delayed by about a week due to COVID-19 as well as the low snow.

Lower mountain steeps on Aspen Mountain, like Elevator Shaft and Red Neck Loop near Silver Queen and Trainor Ridge’s T1, have visible slides to those who might take notice this week. The early season slides occurred on typical, faceted sugar snow; ski patrol likes to see these clear out and let nature refill in the early season typical “rotten Rockies” scenario.

In the backcountry where they aren’t controlled, those faceted pockets lurk.

Another evidence of a recent in-bounds slide is seen in Lucky Lady, to the left of the Temerity lift at Aspen Highlands, which received 15 inches of snow late last week, then sloughed off its weak early layer.

“You hate to lose 15 inches of snow, but with the way it came in, it didn’t give us even time” for the packers to stomp out a better base, Aspen Highlands patrol director Mac Smith said. Much of the packing effort at Highlands is concentrated in Highland Bowl, though some paths have been cut in Steeplechase as well, he allowed.

While the schedule for packers was originally thwarted by COVID-19, “now that we have them on they’ll be working well into the season,” Smith said. ”We’re hoping to continue to deal with our slide paths.”

Unstable to the core

Slides that happen in the backcountry, including in and around Aspen, have been frequent to start the 2020-21 season. In the nine days prior to Dec. 20, CAIC recorded 84 human-triggered avalanches and more than 200 natural avalanches in just the central mountains of Colorado.

Incidents within ski area boundaries are much less frequent but do happen;  resorts have found the Colorado Skier Safety Act a sharp tool in its defense against litigation by mountain users.

During a heavy snow stretch on Jan. 22, 2012 — a season marked by a weak snowpack similar to 2020’s — 13-year-old Taft Conlin was killed by an in-bounds avalanche that occurred in an upper section of Prima Cornice that was closed by the ski area.

Conlin’s parents argued unsuccessfully that Vail Resorts was negligent in the manner the patrol had closed part of the run. The ski area’s defense was that the local boy was at fault for entering an area that was closed.

The case made its way to the Colorado Supreme Court, which ruled that in-bounds avalanches are one of skiing’s inherent risks.

On the same day of Taft’s passing, an in-bounds avalanche at Winter Park Resort stole the life of skier Christopher Norris. Again, the Colorado Supreme Court cited the Colorado Skier Safety Act, which has been in place since 1979, as the resort’s defense against skiing’s inherent risks.