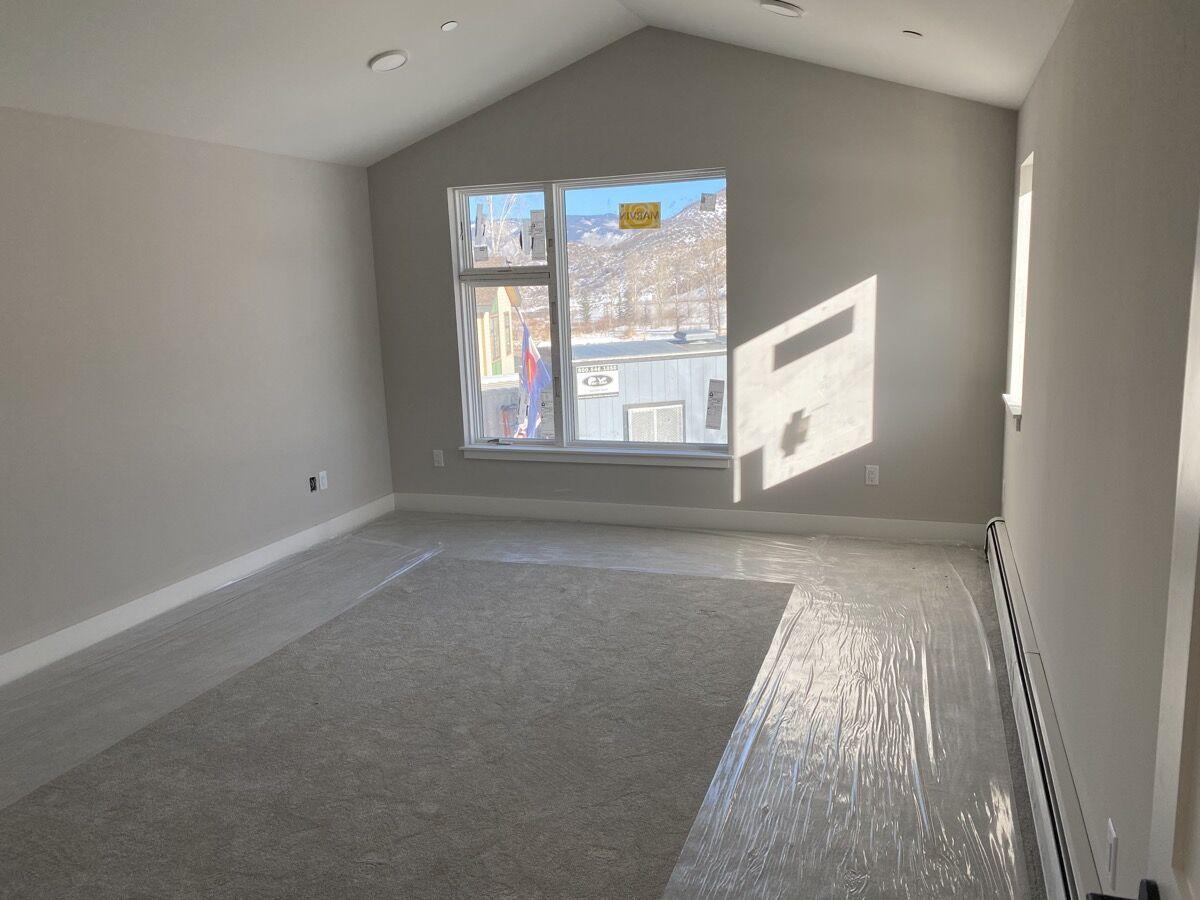 A bedroom in one of the 15 new Coffey Place units. 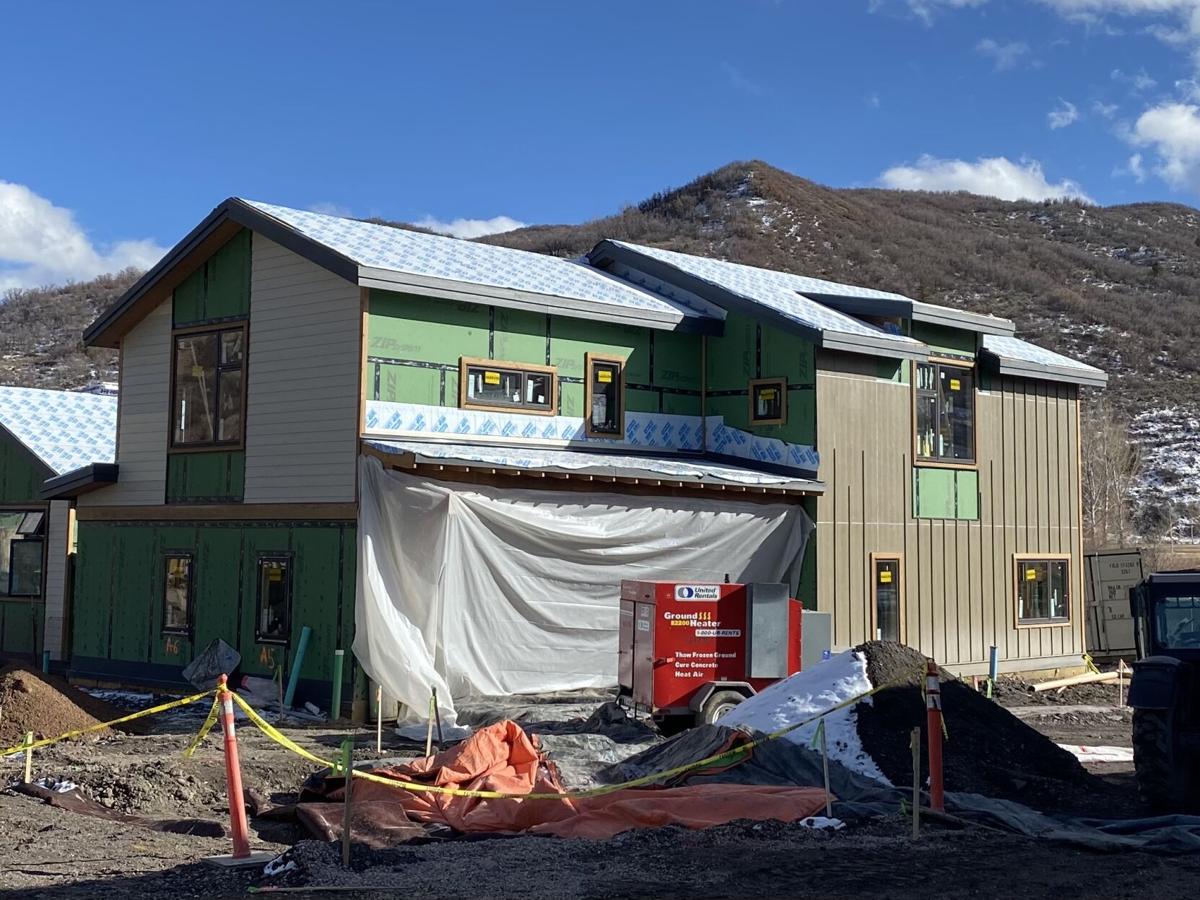 The lottery Wednesday of deed-restricted, for-sale housing in Snowmass Village, brought out 71 applicants. Since its program was implemented, Snowmass has built 176 for-sale, deed-restricted housing units and 262 rental-housing units. Their most recent acquisition, the Snowmass Inn, adds 41 rental units to that mix.

A bedroom in one of the 15 new Coffey Place units.

The lottery Wednesday of deed-restricted, for-sale housing in Snowmass Village, brought out 71 applicants. Since its program was implemented, Snowmass has built 176 for-sale, deed-restricted housing units and 262 rental-housing units. Their most recent acquisition, the Snowmass Inn, adds 41 rental units to that mix.

What’s it like to be a local employee living in rental housing for years and years, then finally getting a chance to own your own home?

“As soon as they said our name, even though I was muted, I was screaming,” said Libby Hartmann, who last week won the opportunity to purchase a single-family, three-bedroom home in Coffey Place, the new affordable housing development in Snowmass Village.

Libby and her husband Jason Hartmann, a manager for the Aspen Skiing Co., currently live in Aspen Village, where they rent.

He has patiently waited 18 years to get his own place, said Libby, a designer for the local architectural firm Forum Phi.

The purchase of this home means their lives are entering new phases, said Hartmann. She noted that they have had really good luck since they have been together, and are expecting a baby in April, so they are even more excited to get this new home.

Maret Jessen and her boyfriend Lance Ammerman, were also chosen for a new home in the development, their first time entering the lottery and their first real estate purchase together. They won the opportunity to purchase a new two-bedroom duplex townhome at Coffey Place.

Like the affordable housing offered through Aspen-Pitkin County Housing Authority, Snowmass Village’s program is the main reason so many employees who work in Snowmass Village now live in town instead of downvalley or along the I-70 corridor.

Since its housing program was implemented, the town of Snowmass Village has built 176 for-sale, deed-restricted housing units for the community’s employees along with 262 rental-housing units. Their most recent acquisition, the Snowmass Inn, has another 41 rental units to add to that mix.

“Having workforce housing that prioritizes Snowmass Village employees helps the economy of our community tremendously,” Crum said. “It’s much more sustainable to have people living close to where they work. The second thing it does is that it builds community.”

Snowmass Village is more than a resort, Crum said. Now, it is a community of 3,000 who know one another and often work together, and one of the main reasons is because of the town’s housing program, which was started by Joe Coffey. He worked for Snowmass Village for 38 years before his passing in 2018.

Last Wednesday, before the lottery for the 15 homes in the new Coffey Place development took place, Crum and assistant housing director Terri Everest spoke about Joe Coffey and how important it was to him to find housing for local employees.

“It was an emotional moment,” Crum said. “Joe was well loved and very well respected as a person in addition to being well respected for the housing he created in Snowmass over 30 years. In a way he was still present in during the lottery.”

Seventy-one applicants vied for the opportunity to purchase one of the 15 new Coffey Place units. Six two-bedroom duplexes, eight detached three-bedroom homes and one ADA-accessible, detached two-bedroom home will be finished this spring and early summer. Prices range from $495,000 for a duplex to $835,000 for the largest of the single-family homes.

On Wednesday, Crum, Everest and Coxon drew names from a large tumbling steel lottery basket full of each applicant’s names. Watching the event unfold on Zoom, you could see row after row of little boxes on the screen with each applicant’s name labeled underneath. Most of the people had their video off but you could see a few of them excited waiting for the names to be drawn.

Applicants who had worked in Snowmass Village the longest had the most chances to win, according to the lottery rules. In addition to the 15 lottery winners, another 15 people were selected as back-ups in case one of those chosen ends up not purchasing their new housing.

The Coffey Place neighborhood is being built alongside, and in some cases next door to, the existing Rodeo Place deed-restricted workforce housing at the entryway to Snowmass Village, and adjacent to the Crossings development.

Housing employees in town has been a challenge ever since the Snowmass resort was built in 1967. Currently, the town has a goal of creating up to 200 new workforce-housing units in the future to augment their existing properties.

In October, Crum presented a Housing Master Plan Update to the Snowmass Village Town Council outlining a proposal to build up to 185 new units (plus the 15 new Coffey Place units) at up to five proposed sites around Snowmass Village.

The units would be “a mix of affordable rental and deed-restricted homeownership;” would “fit in with the character and environment of the surrounding neighborhoods;” be sustainable, high-quality, cost-effective and well-designed; and be concentrated “in and around the existing nodes of activity.”

The five locations are: the Town Hall Draw and Point site; an infill site near Public Works; the Carriage Way Apartments and Lot 1; Snowmass Inn and pool site and the upper numbered parking lots 10-12.

When you look at the 71 people who applied for the 15 Coffey development units and the larger than 100-person waitlist for employees to get into one of the town’s rental units, there is no question that the demand is there to create new housing for employees.

But some longtime Snowmass Village community members wonder what the true cost will be to the community if that plan is realized. In addition to the price tag of constructing 200 new units, there are few remaining pieces of land available in Snowmass Village suitable for these new units, and if they are built, the impact on the town’s character will be felt.

“One aspect of this lottery is that we think as these people get these new homes it will now open up six or seven new slots in our existing rental housing when these people move into Coffey Place,” she said.

The town’s housing department and town council have not yet decided on when the next affordable housing will be created, and they will move forward after some further studies are concluded.