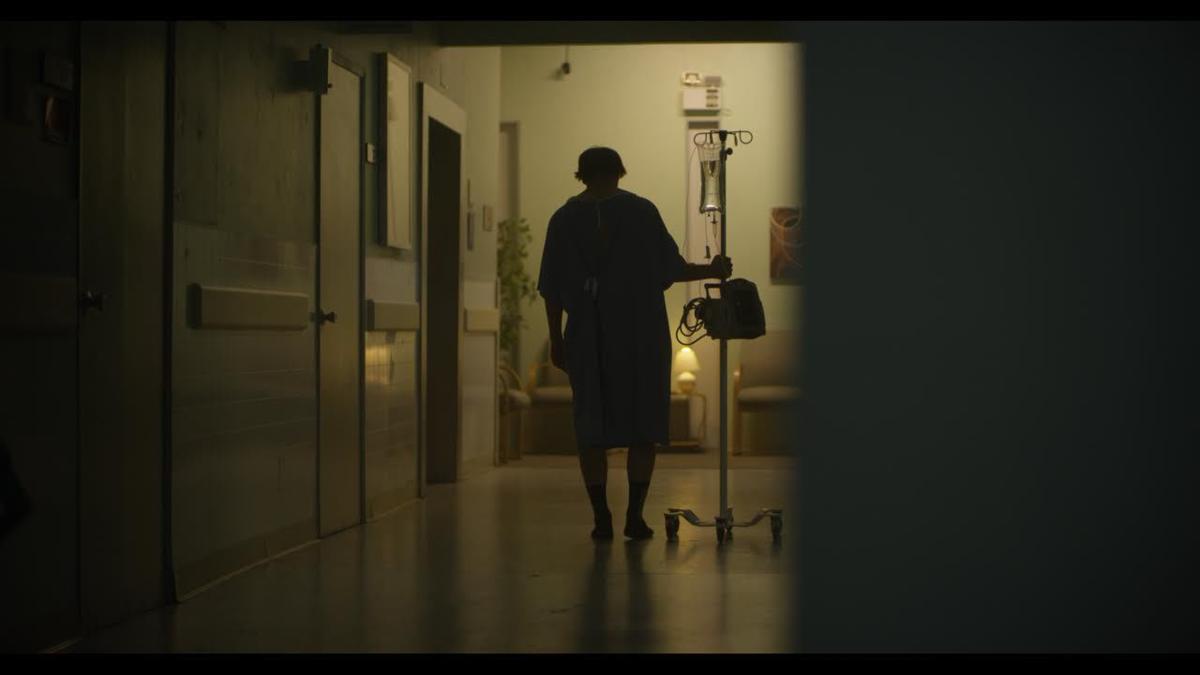 A film about athlete Torin Yater-Wallace’s life looks at some of the off-snow obstacles the Basalt freeskier has faced in recent years, including a serious illness and his dad’s incarceration on fraud charges. Yater-Wallace is profiled in “Back to Life,” which airs Saturday on ABC during the program “World of X.” 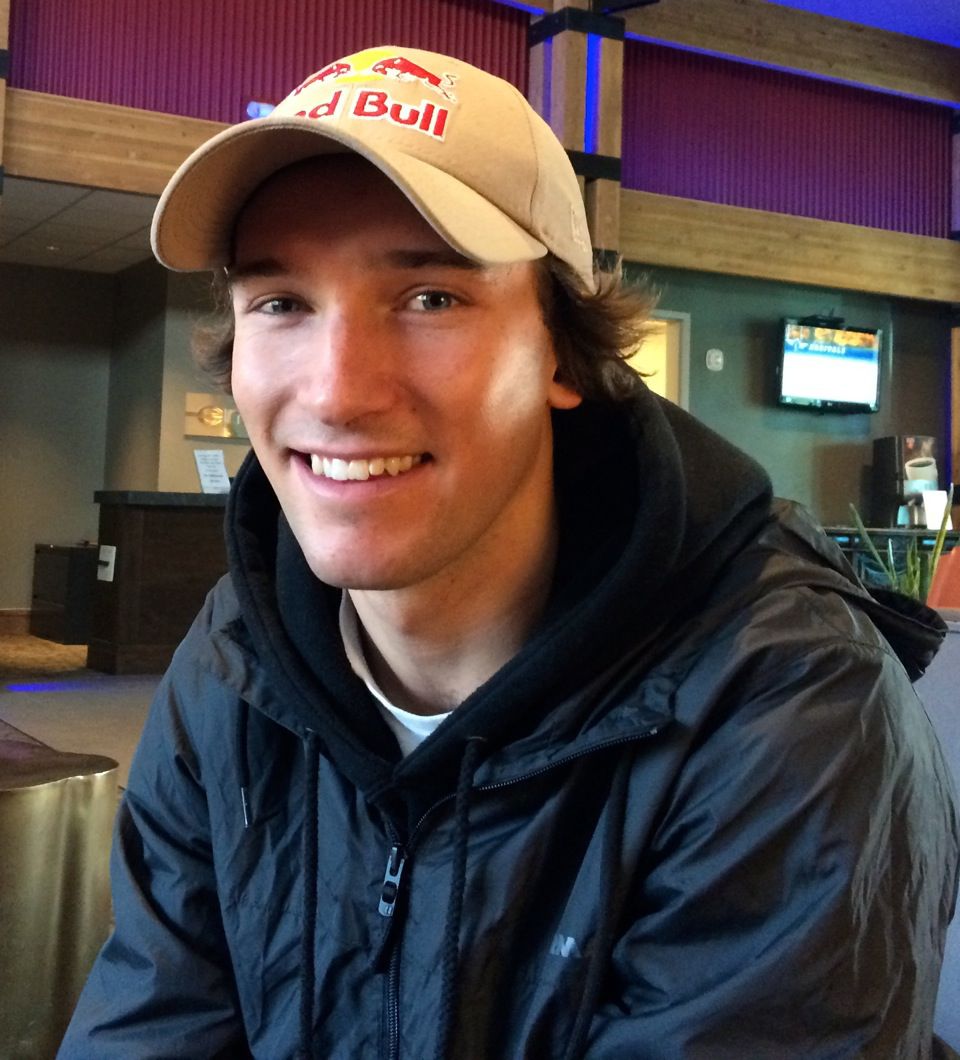 A film about athlete Torin Yater-Wallace’s life looks at some of the off-snow obstacles the Basalt freeskier has faced in recent years, including a serious illness and his dad’s incarceration on fraud charges. Yater-Wallace is profiled in “Back to Life,” which airs Saturday on ABC during the program “World of X.”

To fans of winter sports, Torin Yater-Wallace is well known for his preternatural talent that saw the Basalt freeskier become an X Games halfpipe silver medalist before he was old enough to drive.

But few know of the back story behind Yater-Wallace’s off-snow life and how in 2016 the athlete emerged from a life-threatening health scare to win X Games gold before the competition season was over.

That will change with Saturday’s network debut of “Back to Life,” which airs at 12:30 p.m. on ABC during a program called “World of X.” It will stream the following day on Red Bull TV.

The story behind Yater-Wallace’s surprise 2016 comeback victory in Oslo, Norway — the same season a virulent strain of strep attacked his liver and gall bladder and landed him in a 10-day coma in a Salt Lake City hospital — initially caught the interest of Los Angeles filmmaker and former freestyle skier Clayton Vila, who knew Yater-Wallace from the sports world.

The notoriously private Yater-Wallace agreed to share his whole story with Vila and producer Matt Brady, who would soon learn the athlete’s life went well beyond medals, a face on the Wheaties box, a trip to the 2014 Winter Olympics and some scary hours on life support.

“That’s when I learned more about his past and how this movie became such a large project. It covers his entire life including Torin’s dad going away, which really put his family in a difficult situation,” Vila said on Tuesday from his office in Los Angeles.

Yater-Wallace’s pivotal X Games victory on that snowy early March 2016 evening in Oslo coincided with his father Ron Wallace’s “reunification with his family” after serving time in prison on federal fraud charges, he said.

His business, Wallace’s Rare Fine Wines, had failed to deliver millions of dollars worth of a coveted 2000 batch of vintage wines to wealthy clients, including the owners of Guess? jeans and a Seattle Mariners pitcher. Wallace pleaded guilty in 2005 to charges brought by a federal grand jury.

Yater-Wallace left Aspen High School during his freshman year, as the demands of his school schedule didn’t mesh with training and travel that required weeks worth of absences, missed assignments and tests. He recently recalled his mom’s support during a critical time in his development as an athlete.

“My mom helped me film my videos, which were the formulas to get sponsors as a kid,” said Yater-Wallace, who turned 22 on Dec. 2. Today those sponsors include Red Bull, Comcast and Smuckers. Filmmaker Vila said the sponsors are OK with the film’s candor.

He also stressed that his dad’s return to the family coincided with the athlete’s rebound on the slopes, a point at the film’s center.

“When Ron was released it was miraculously around the same time Torin came out of his coma and came out and won the X Games Oslo,” Vila said. “The restoration of the family balance is part of the story.”

The one-hour film features interviews with Torin’s mom Stace, who was stretched to make ends meet while Ron was away in jail and medical bills struck unexpectedly for both herself and Torin. Former X Games announcer and personality Sal Masekela also contributes insight to the film, which is from MRB Productions. “Back to Life” is narrated by Tony Goldwyn, who stars in the show “Scandal.”

“The success at the X Games redeemed his family’s morale and their financial status,” Vila said, emphasizing that the family unit remained whole during the most trying of times.

While Ron Wallace’s grand jury conviction and imprisonment remains a “sensitive topic,” Vila said that once Torin committed to the project he did not hold back.

“He’s a really strong person. Once he made the decision [to work on the film] his whole family was extremely cooperative. It was very easy for us to get all of the facts of the story,” Vila said.

The project took about one year from inception to completion.

Yater-Wallace began his comeback in 2016 in Aspen with a fifth place that January at X Games that felt almost as good as a podium.

Just about one month later, he laid down a half pipe run that scored an enormous 95.00, which boosted him atop the podium at the X Games Oslo.  His old friend Alex Ferreira stood nearby with silver medal in hand after his own strong run that scored 93.33.

In yet another made-for-Hollywood touch, it would be the first time since their days as Aspen Valley Ski and Snowboard Club athletes competing in a regional event that both Yater-Wallace and Ferreira had shared a podium in a men’s skier pipe event.

Yater-Wallace, who started skiing at 18 months and joined AVSC at age 7, won last year’s test event of the Olympic half pipe at Bokwang Phoenix Park in South Korea, besting his teammate and fellow Coloradan Aaron Blunck for the gold.

Yater-Wallace missed qualifying for the Jan. 12 half pipe U.S. Grand Prix at Snowmass, citing a sore foot and a snow-slowed second run during a qualification round. He said he intends to ski in the final Olympic qualifier, the U.S. Grand Prix, which begins Jan. 15 with training at Mammoth Mountain, Calif.

At this week’s U.S. Grand Prix, the men’s pipe finals are scheduled for Friday. Information is available at aspensnowmass.com or facebook.com/usskiandsnowboard.