With all the anxiety affecting most of us — awaiting word from our state and county leaders about the fall and upcoming winter months — a bit of good news recently came our way via the city of Aspen.

Due to the exceptionally low interest-rate environment, the city is in the process of refinancing the outstanding indebtedness on its 2007 purchase of the Isis Theatre complex, which is projected to save nearly $450,000 of interest over the remaining 17-year life of the loan.

That’s the good news, but the rest of the story regarding whether that savings is sufficient to save the Isis is complex and dependent on the financial and operational health of the city’s subtenant, Aspen Film, and its theater operator, Los Angeles-based Metropolitan Theatres, as well as the ongoing restructuring of the movie exhibition business.

All these issues have been lingering in the background for some time, but recently they’ve bubbled to the surface due to the COVID-19 pandemic and the mid-March shutdown of the Isis.

Metropolitan’s fixed rent payments exceeded Aspen Film’s payment obligations to the city by more than $60,000 per year in the early years and about half that in recent years. This excess was used by Aspen Film to augment its annual operating budget, but that favorable arrangement ceased when Metropolitan elected not to exercise its next four-year lease extension option.

On top of that, Metropolitan failed to pay its rent in April, May and June, leaving Aspen Film without sufficient funds of its own to honor its obligations to the city. Left between a rock and a hard place, the city recently had to use its own funds to make its semi-annual Isis debt payment in order not to jeopardize its credit rating.

Hoping to save Aspen’s only commercial movie theater and to give Aspen Film and Metropolitan some financial breathing room, the city kicked in about $80,000 and deferred rent payment obligations for a year. In addition, Metropolitan agreed to a short-term sublease extension through next January but replaced its fixed monthly rent with rent payments calculated at 15% of ticket sales and concession profits.

Even if Metropolitan later wishes to further extend its operational sublease under the percentage rent concept, based on the past 13-year history of Isis, revenue will likely fall well short of Aspen Film’s payment obligations to the city, even with the refinancing.

This would leave the city in the uncomfortable position of having to subsidize the Isis well into the future, which it has never had to do until now, or to sell off the theater complex, which would likely require the conversion of one or more of the theaters to retail uses similar to Mark Hunt’s recently acquired ground-floor retail spaces in the Isis building.

Although the theaters are currently deed-restricted to that use, the city has the power to change that restriction, which it would likely have to do with respect to one or more of the theaters in order to attract a buyer.

The current structure and health of the movie exhibition business in general is in a state of flux; that’s due not only to the pandemic but also the competitive struggles between brick-and-mortar theaters and other prospering and emerging entertainment attractions.

The proliferation of cable programming such as HBO, Showtime, etc., as well as streaming video channels such as Netflix, Amazon Prime, Apple +, Disney, etc. and the explosion of gaming and other recreational and sporting activities are all affecting the traditional movie exhibition business.

Over the years, Aspen Film has attempted to find a theater operator to replace Metropolitan. Unfortunately, none have ever surfaced who were willing to take on the significant financial obligations and risks inherent in the Isis specifically as well as the ongoing structural changes in the movie exhibition business generally.

In all likelihood, Aspen Film’s only chance to end up owning and controlling the Isis’s future would be to buy out the city’s interest via a capital campaign well in excess of $2 million to pay down the city’s remaining indebtedness and establish an operational endowment.

Unfortunately, they don’t appear to have a support base capable of meeting this goal.

At the end of the day, in order to save the Isis as we know it, Aspen’s mayor and city council will in the near future have to come to grips with how long and how much the city and its taxpayers are willing to subsidize this commercial enterprise.

For those of us who love watching films on the big screen in the company of others, I hope — irrespective of what the future may hold for Metropolitan and Aspen Film — that the city continues to stick with and support the Isis. 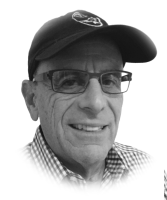