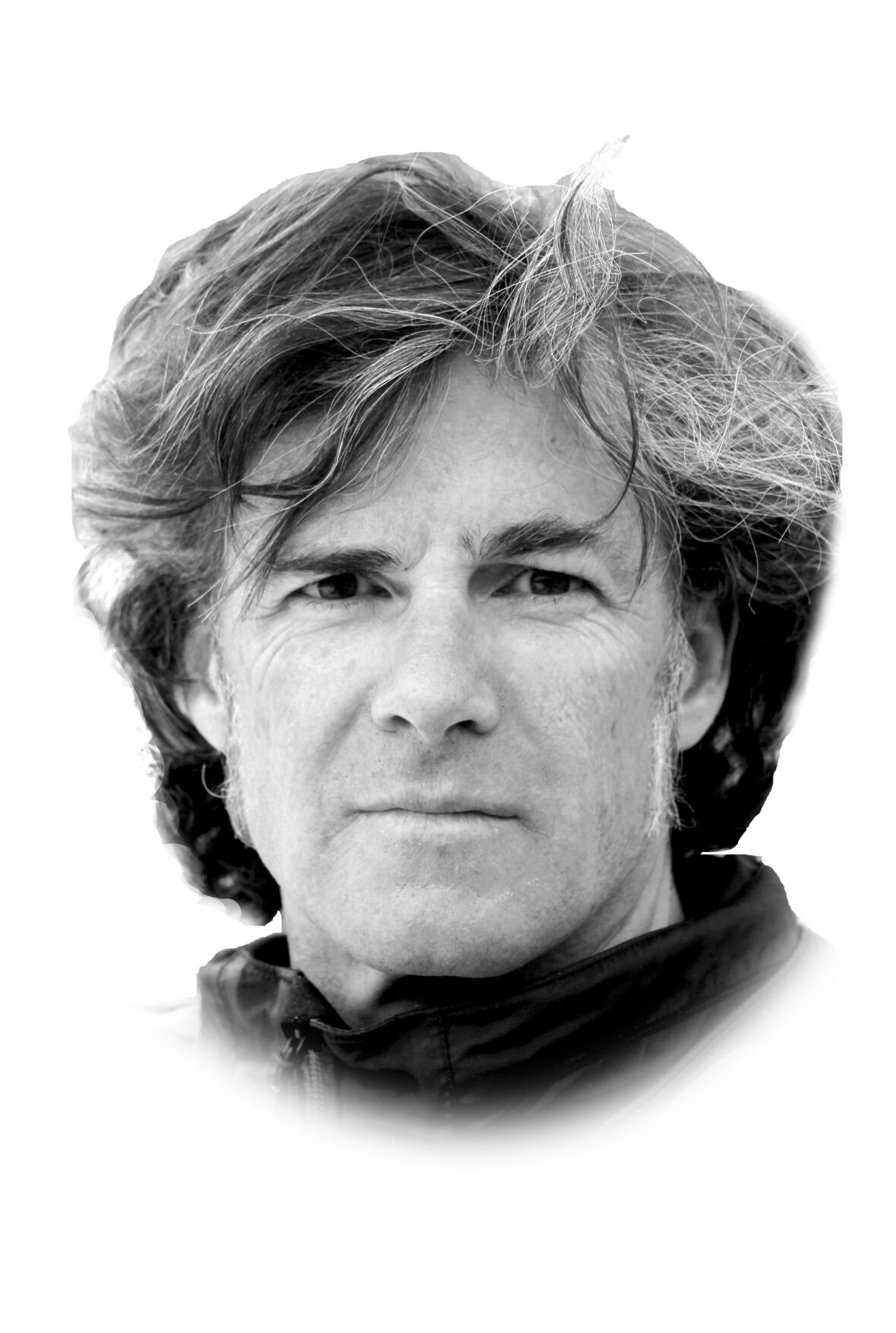 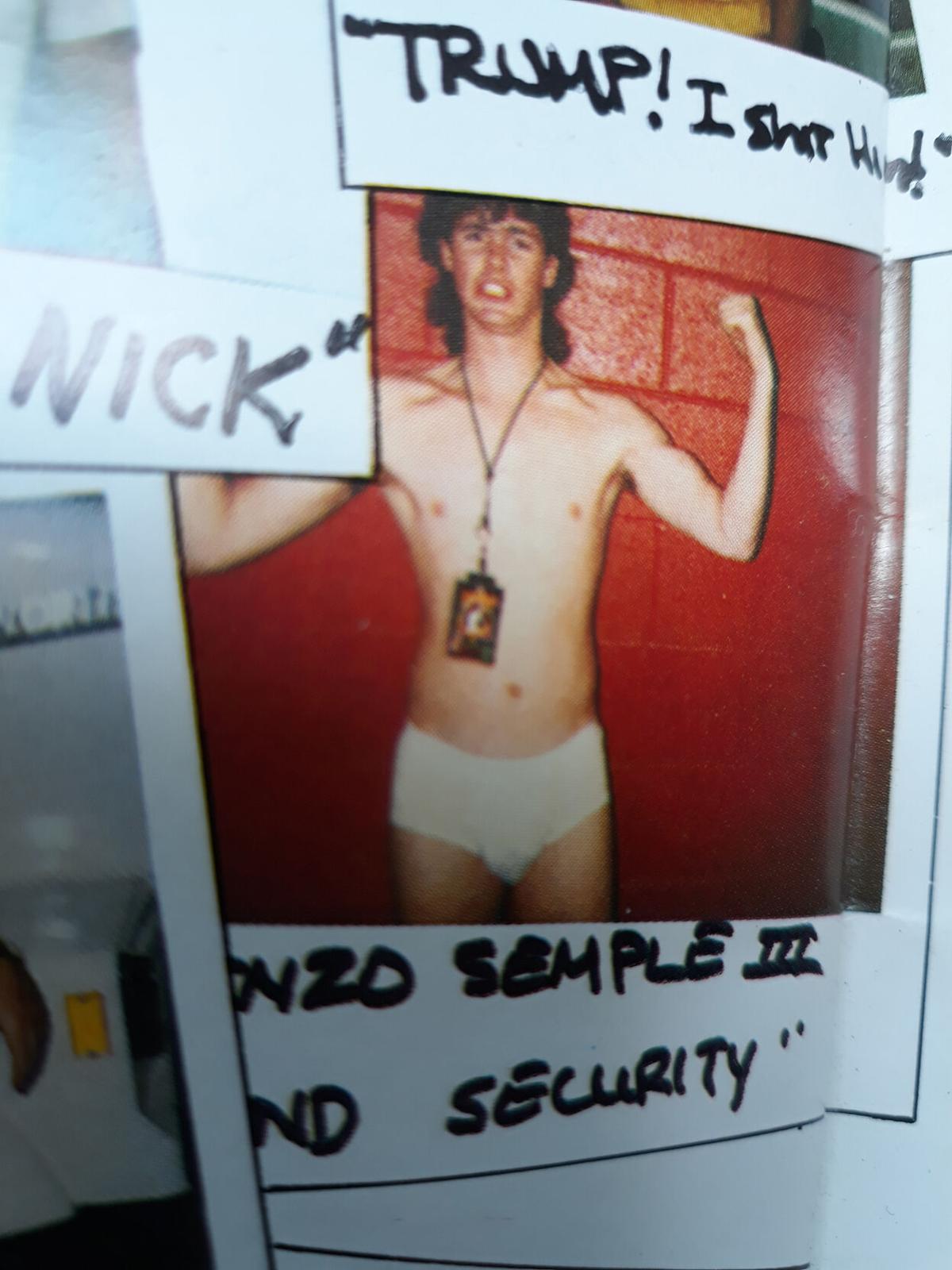 The author as a 21-year-old — as shown in Def Leppard’s Hysteria Tour Program. This picture was taken backstage at McNichols Arena in Denver on Feb. 13, 1988 after soundcheck.

There was a fascinating article in the Desert Sun a month ago that’s been adding needed buoyancy to my outlook about the future of live music. It was an interview with evil genius of the music industry Irving Azoff. He’s predicting a “Roaring ’20s” magnitude return to the live music scene in America. He’s also partnering in a $250 million state-of-the-art performance venue just outside Palm Springs. Irv says that the Eagles will be one of the first acts to perform there. If you’re interested in that kind of thing, I highly recommend hunting the article down.

I met Irving once in Aspen, right around the time the Little Nell Hotel opened and Aspen Skiing Co. was briefly owned by entertainment titan Marvin Davis. As a limousine driver, I made a cardinal error — speaking when not spoken to — and introduced myself. He replied, “I know your father, I sued him.” We had a brief and awkward (for me) interchange and then both went about our business. The lawsuit was over a movie called “Used Cars” with Kurt Russell. I faintly remember the screenplay sitting on our kitchen counter. Imagine that: a writer in our family getting in trouble over something they did or didn’t write.

Regardless, I did then do business with Irving’s brother Ron, when he printed a few hundred custom-designed Grateful Dead T-shirts for me to sell on an East Coast spring tour in 1993. The ones that didn’t get confiscated by state troopers in the parking lot of the Omni in Atlanta over copyright infringement issues sold like hotcakes.

Live music is a big part of my life. It used to be, anyways. I was on the touring staff for rock bands Def Leppard in 1987/88 (Hysteria In The Round World Tour) and Poison (Open Up and Say “Ahhh”/Every Rose Has Its Thorn Tour) in 1989 — soon to be a book followed by a major motion picture, then inevitably a huge lawsuit.

My first concert as a kid was the Deaf Camp Picnic, sometime in the later 1970s at the bottom of the Campground Chairlift in Snowmass. I remember seeing John Denver, Jimmy Buffett and the Nitty Gritty Dirt Band. My lasting memory from that first concert was a seemingly innocent hippie walking into a port-a-potty and some cowboys tipping it over with him inside. One of my best concert memories is seeing Bo Didley play live at the Timbermill in Snowmass, dancing to that stone-cold groove in the front row with ski boots on.

The last concert I attended as a withering adult was perhaps one of the last “gigs” before the pandemic: Billy Idol on March 15 at the Palms resort in Las Vegas. I had tickets to see Bob Weir at the Belly Up and Roger Waters at the Pepsi Center in Denver — two shows that never happened. I shudder at the thought of going through that hellish process of getting tickets to the Belly Up again. It was the first time I’d ever purchased VIP tickets to the Belly Up.

What is the first big live post-pandemic music event going to be like? The crowd will probably have just as much stage fright as the band at first. There’s going to be a lot of pressure on the “freaker by the speaker”— you know, that one guy who goes down on the dance floor by himself and dances in a way that makes everyone stare with the perplexing morbid curiosity of human nature itself. When the drugs and alcohol take hold, the other people take his lead and migrate to the dance floor like spawning salmon. I can practically hear the guttural, primordial screams of release in the warm winds of spring already. The one job I wouldn’t want in the coming year is concert security guard.

My thoughts are that the music being made in the near future and the way it’s interpreted, coveted and celebrated in the coming years are going to be a key component to the rebirth of music in America. Big festivals will rise triumphantly once again. The touring giants and dinosaurs of rock are waiting patiently in the wings to go out on the road. They know nothing else of life. The back lounges of tour buses will soon be ground zero for the unutterable debauchery of my past. In the meantime, I’m getting vaccinated now because it just might be my ticket to go see big rock concerts this summer and really get my freak on.

Lorenzo is ready to rush the stage at any moment. Follow him on Instagram @lorenzosemple3 or email him at suityourself@sopris.net … Letters to the editor are also encouraged.