As the recent era of “can’t we/will we/should we” continues, I am happy to finally be writing about curling again because “we can.” After an abbreviated 2020 season, and a skipped 2021 season, we began the 2022 season last night.

At the time of this writing, last night hadn’t happened yet, but I am sure it was a rousing success and my team won by a field goal in the last inning. Yes, curling is a sport. It’s not a crazy sport like rugby where points are scored by “trying,” nor is it a sport like CrossFit where “trying” isn’t a word that is allowed to be spoken. It is instead a sport where your success can actually be measured by a large metal contraption with a sensitive meter on it: perfectly legitimate!

Another local sport that I am intrigued by is local government, but there is way less beer drinking in that than there ought to be — unlike curling. However, after a day where I happened to have been thinking about both, I’ve realized (to my consternation) that there are plenty of similarities.

Curling stones, also called “rocks,” are heavy and everything is about momentum with them: Once they get going it takes a lot of effort to turn them from whatever direction they are set upon. For this reason, the player throwing a stone must very forcefully push off the “hack” with their foot using the large muscles of their leg, while holding the stone’s handle as they slide behind the stone making careful adjustments to the stone’s speed, direction and spin with their wrist before the player reaches the must-let-go point called the “hog line.”

Once the stone is past the hog line, the stone can’t be touched (“burned”), but its potential stopping point and speed (“weight”) can be ­slightly tuned by sweeping the ice in front of it with a broom. However, if a stone is spinning left when the player lets go, then ultimately it’s going to turn left; sweeping doesn’t change that eventuality.

Each team has four players, and each player must throw two stones. After all 16 stones have been thrown (an “end”), everyone gathers around the target zone (the “house”), sips a beer and determines which team’s stones ended up closest to the center (the “button”).

So at the end of an end, as long as the stone was thrown with just enough weight prior to the hog line, and no broom burned the rock between hacks, success is measured by a meter to see whose skip yelled best at their sweepers to curl the stone closest to the button in the house.

I swear curling is a sport. It’s in the Olympics guys!

The land was purchased a long time ago and the immense effort to overcome the inertia to get the project going was begun … eventually.

The first task was to set a scope of the project so designers and planners could begin the job of pushing the project in the right direction. Council and staff are like a skip standing in a house saying, “This is where I want you to throw the stone and which way to spin it.” A good thrower does what the skip tells them, and a good skip predicts what it’s going to take to get the stone to end up where they want it to go.

The throwers are doing what was asked, and now the project is in that phase where the thrower is adding tons of momentum with their strongest muscles, aiming at the target given to them as determined by the skip. Even a relatively large change of direction is possible at this point, and the council still needs to choose among the narrowing potential options as presented by the planners. But just like curling, once the project is off the hack, the spin is nearly impossible to change. Too much momentum must be stopped and reversed and only the wrist is left.

At the moment, the skip has called for the wrong spin, and is forgetting that there is more than one stone in a game. The Lumberyard is only one stone of 16, and the Aspen Area Community Plan is the button.

The council failed to include in the scope any potential for no parking. The thrower followed the scope and is spinning the project strongly in one direction, which is to add over 430 vehicles at the worst possible place in the Highway 82 corridor, and enabling and encouraging the violation of many of the guiding values of the AACP.

The stone is spinning and the skip is directing the project based, in part, on a community push-poll that leads them to believe everyone wants parking at the Lumberyard because there was no other option allowed. Once the hog line is crossed there will be no turning back.

Years from now, the team will gather around the house, sip beers and the skip will say, “Hmm … it ended up exactly where I told them to put it … but we missed the button by a mile. I guess we don’t need the meter to measure, boys … we lost.” 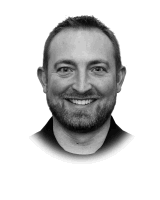