When I first started using Airbnb, the platform wasn’t that far removed from its founding (2008) or its original intent, which was to connect couch surfers and budget-minded travelers with unusual stays while putting a few bucks in extroverted homeowners’ pockets.

In the early days of Airbnb, one regularly found short-term rentals of couches, tents, air mattresses and guest rooms along with yurts, cabins and teepees tucked away on farms and ranches. The accommodations were often rustic and affordable. Part of the appeal was that the community review process helped screen out bad guests and bad hosts — which was critical because most Airbnb stays were shared spaces. The expectation was that hosts would welcome guests into their homes and cities, sharing insider tips on where to go and what to do. What the platform lacked in slick, hotel-style amenities it made up for with authenticity and unique experiences.

To my mind, Airbnb wasn’t supposed to be a hotel replacement or competitor. Airbnb was marketed toward a different kind of traveler. The tech company was seemingly trying to build a community of quasi-bohemian backpackers and travelers less concerned with material luxuries and more concerned with “getting to know” their destinations. The real Paris. The real New York. The real Colorado.

Those days are long gone. Various analysts have found that the majority of Airbnb listings are now for entire homes, rather than for shared properties or a guest room in an owner-occupied unit.

Odds are that if you rent an apartment or a house on Airbnb, you’ll never even see the owner/host. Airbnb didn’t usher in a new sharing economy. It commoditized another basic human need: shelter.

The funky little tech start-up is now a $75 billion (according to a Forbes article) behemoth hollowing out communities rather than building them. Make no mistake, the company still talks a community game, but it’s never quite arrived at a convincing explanation of what benefit a community sees from removing dwellings from the long-term rental pool and converting what might have been primary residences into miniature hotels that often don’t pay taxes on par with the ones paid by hotels. What community enhancement is derived from one’s neighboring houses playing host to a new set of tourists every week? And what about the offseasons for mountain towns and resorts? Does a town of (even more) empty houses seem like a real community to anyone?

The original idea was for cash-strapped owners to be able to pick up a few bucks here and there, but the sharks smelled money a long time ago. Increasingly, multiunit hosts are driving short-term rental growth. This is big business. And if there’s one thing big business loves, it’s expansion. If a handful of rentals are consistently booked and bringing in big revenue, then why wouldn’t a profitable Airbnb host look for further opportunities to expand their real estate empires?

Potential homebuyers — individuals, corporations and investment funds — aren’t looking at dwellings the same way anymore. The game has changed. The new math determines the value of a house not by its livability, architecture or the nearby schools — the new math determines a dwelling’s value by its potential income as a short-term rental.

Make no mistake: This is a game, and the stakes are the life or death of mountain towns. The West is rapidly becoming a graveyard of mountain towns hollowed out, commoditized and further transformed into places for tourists to go for a hike and snap some Instagram photos.

Hard conversations lie ahead. Is a windfall for some worth the destruction of a town for all?

Much more can be said about Airbnb and its ilk. But in the meantime, consider this: The sharks swimming around town want nothing more than to convince the minnows nearby that they, too, can be sharks like them.

But sharks eat other sharks.

Jay Wisniewski can be reached via email at ­jay@­aspendailynews.com 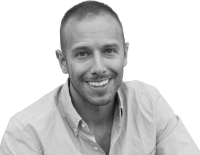